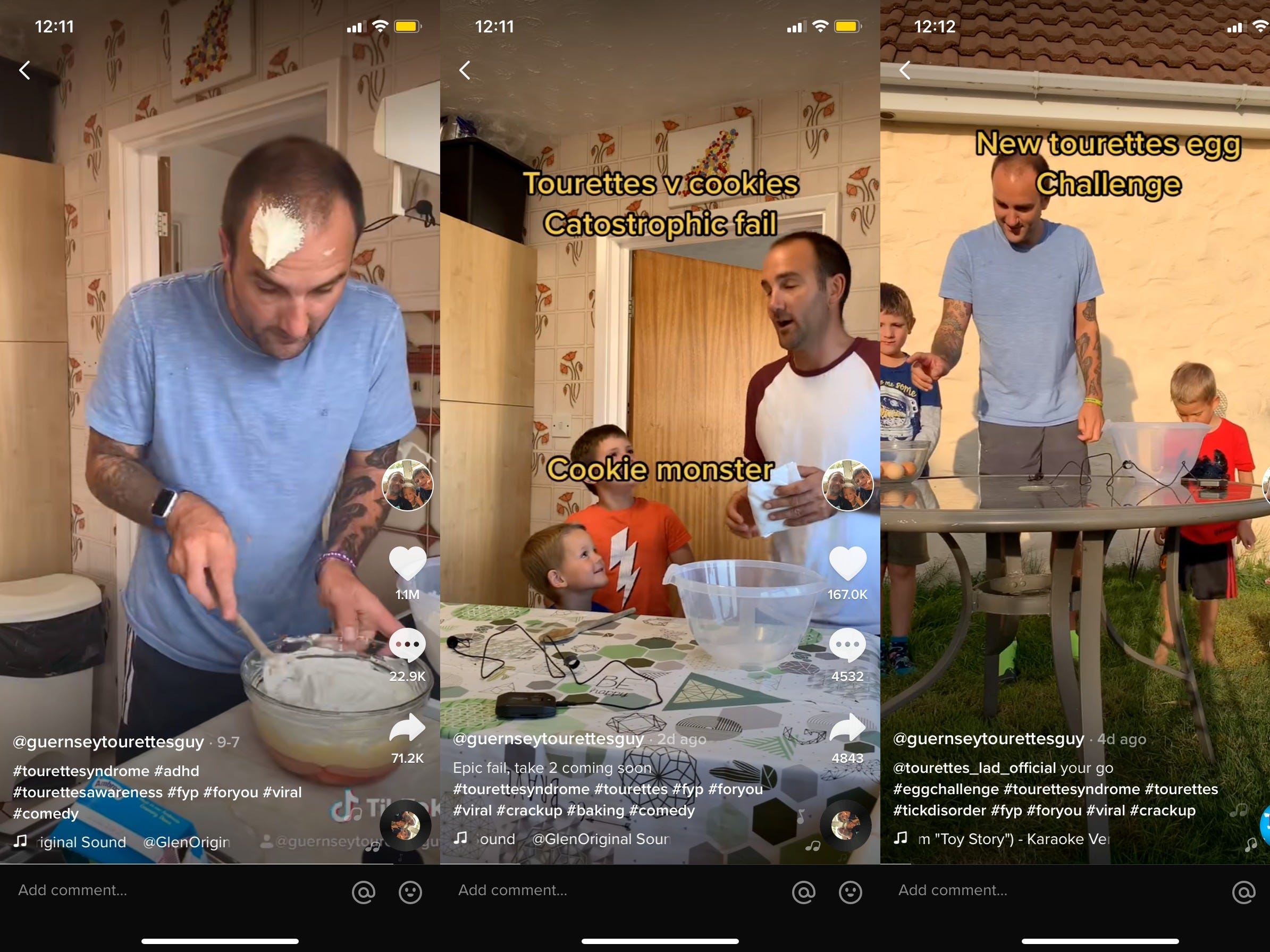 Glen Cooney’s TikToks often start out like any other father-child cooking videos on the platform â€” but end with a twist.

A trifle cooking video turns into an involuntary food fight with him and one of his sons. Baking cookies with his two youngest children, Olly and Daniel, doesn’t go past opening the mix package, as Cooney rips it open sending powder and chocolate chips all over the table and on his sons’ heads as they laugh.

Tics show up anywhere between the ages of two and 15 and tend to lessen or become more controlled after adolescence, according to the Mayo Clinic. The National Institutes of Health estimates 10 in 1,000 children have Tourette syndrome.

Cooney shows his tics to his 164,000 followers in every TikTok, from rubbing custard in his son’s hair while cooking to throwing eggs involuntarily.

“My most recent tic is fake sneezing and shouting ‘coronavirus’ in supermarkets, it happens and when I look up I’m surrounded by people backing away from me,” Cooney told the Daily Mail.

In the little over a month, Cooney has racked up millions of views. Cooney told the Daily Mail his goal is to destigmatize the condition and show he can be a great parent while living with it.

He’s part of a larger trend of influencers using their platforms to discuss Tourette syndrome.

TikTok users Craig, known as Tourette’s Cop on the app, and a 16-year-old named Emily, known to her followers as Emiwy, have amassed 26,000 and 130,000 followers on TikTok, respectively, according to Insider’s Margot Harris. Both educate their followers on what it’s like living with the disorder, but doing so isn’t without its struggles.

Emily told Harris she was considering quitting the app entirely after being accused of faking Tourette syndrome. Cooney has also endured his share of backlash, which he addressed in a video titled “Tourette isn’t fake.”

“It’s not nice, it doesn’t make us feel any better,” Cooney said. “People have got to live with it and you haven’t. Go online, do some research or unfollow.”

Meet the interabled YouTuber couples teaching viewers that people with disabilities need love, sex, and intimacy like anyone else

TikTok creators of colour are pushing for better representation on the app’s recommendations page, which they say is overwhelmingly white