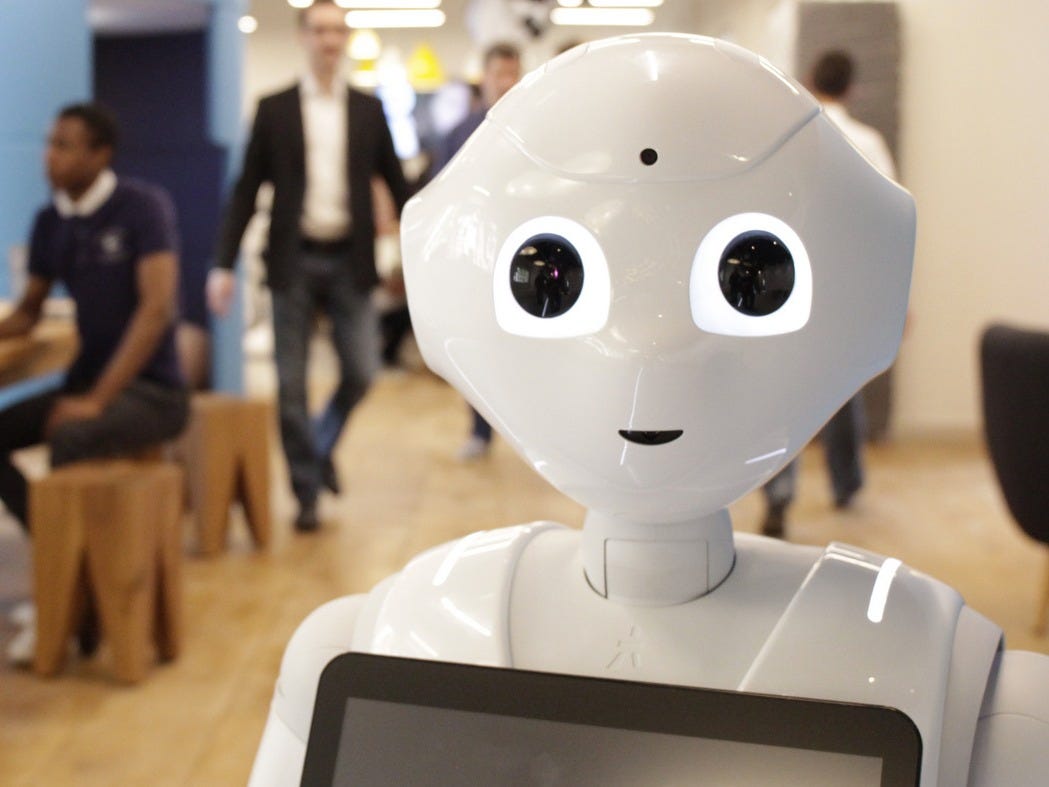 PepperSoftbank’s humanoid Pepper robot is used around the world.

The robots were created by man. So far, they haven’t evolved, rebelled, or formed a plan to kill all humans, but they’re definitely more present than ever in daily life.

In the last few years, robots have entered our public spaces in a way only previously imagined in science-fiction books, movies, and TV. They have leapt from popular imagination into the aisles of warehouses and grocery stores, into restaurant kitchens and dining rooms.

Not only do robots play an important health and safety role during the pandemic – often testing for coronavirus and doing temperature scans – they’re more necessary than ever before to allow businesses to reopen in a safe and socially distanced way.

Take a look at some of the Most Valuable Droids of retail below and decide for yourself: cute or creepy? Or both?

A restaurant in Hangzhou, China has a robot chef that looks like Ultraman, a Japanese anime character. This chef robot slices noodles in the kitchen. 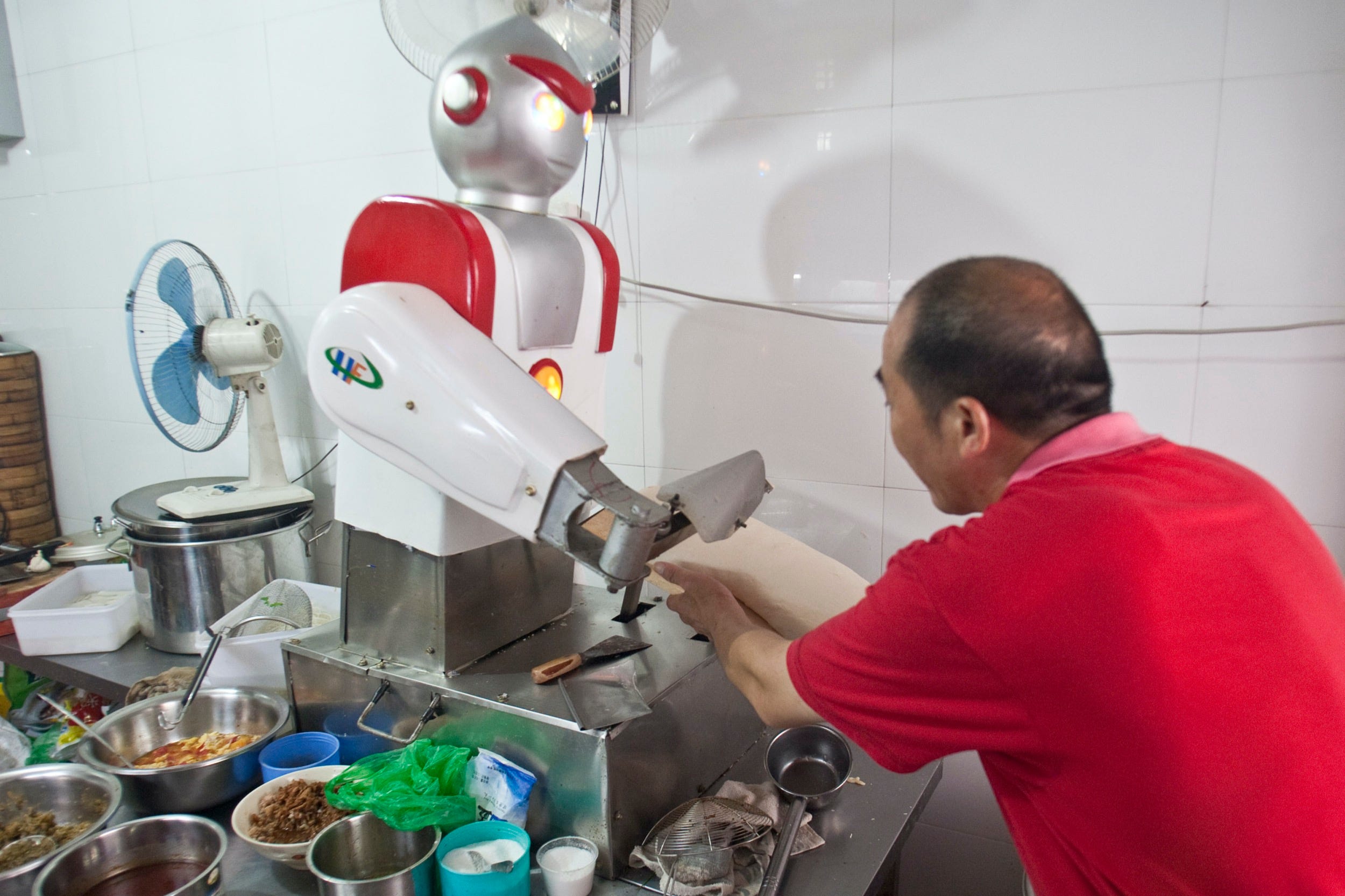 Flippy, a robot chef arm made by Miso Robotics, is used in stadiums and select restaurants. This fall, White Castle will start testing Flippy in one of its restaurants. 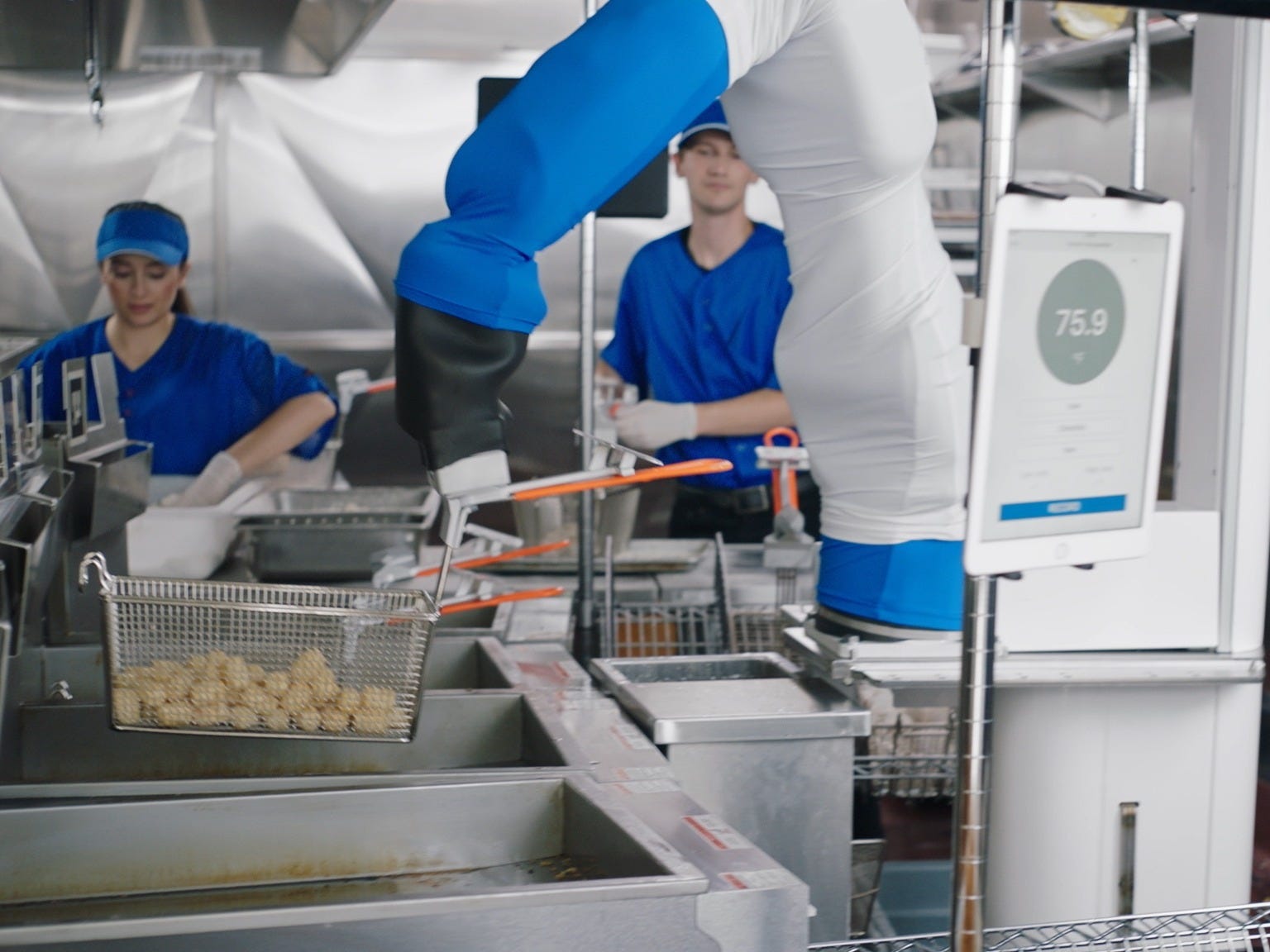 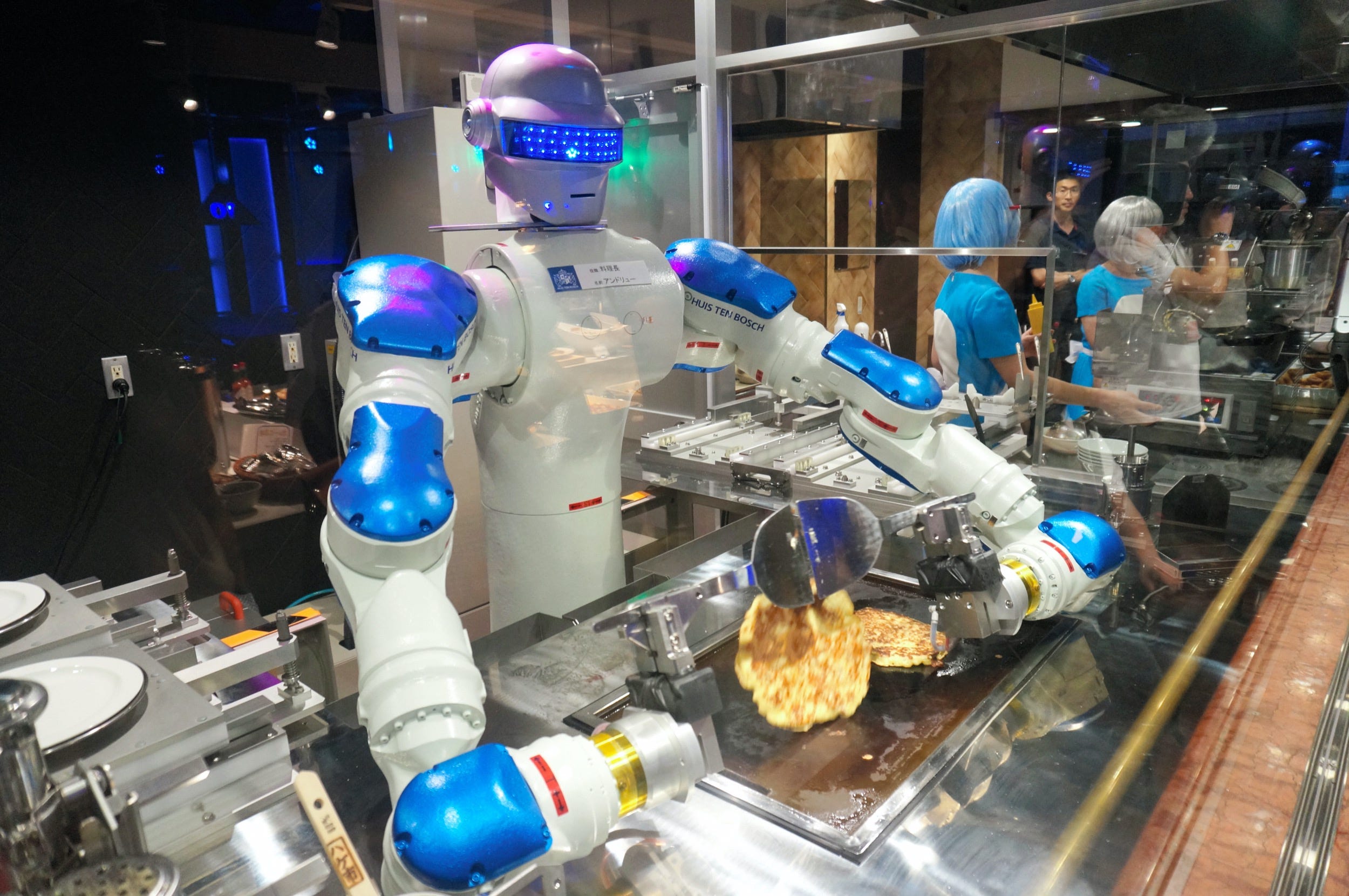 As part of KFC’s “fast food of the future” initiative in Russia, the chicken chain is testing a fully-automated fried chicken preparation system. 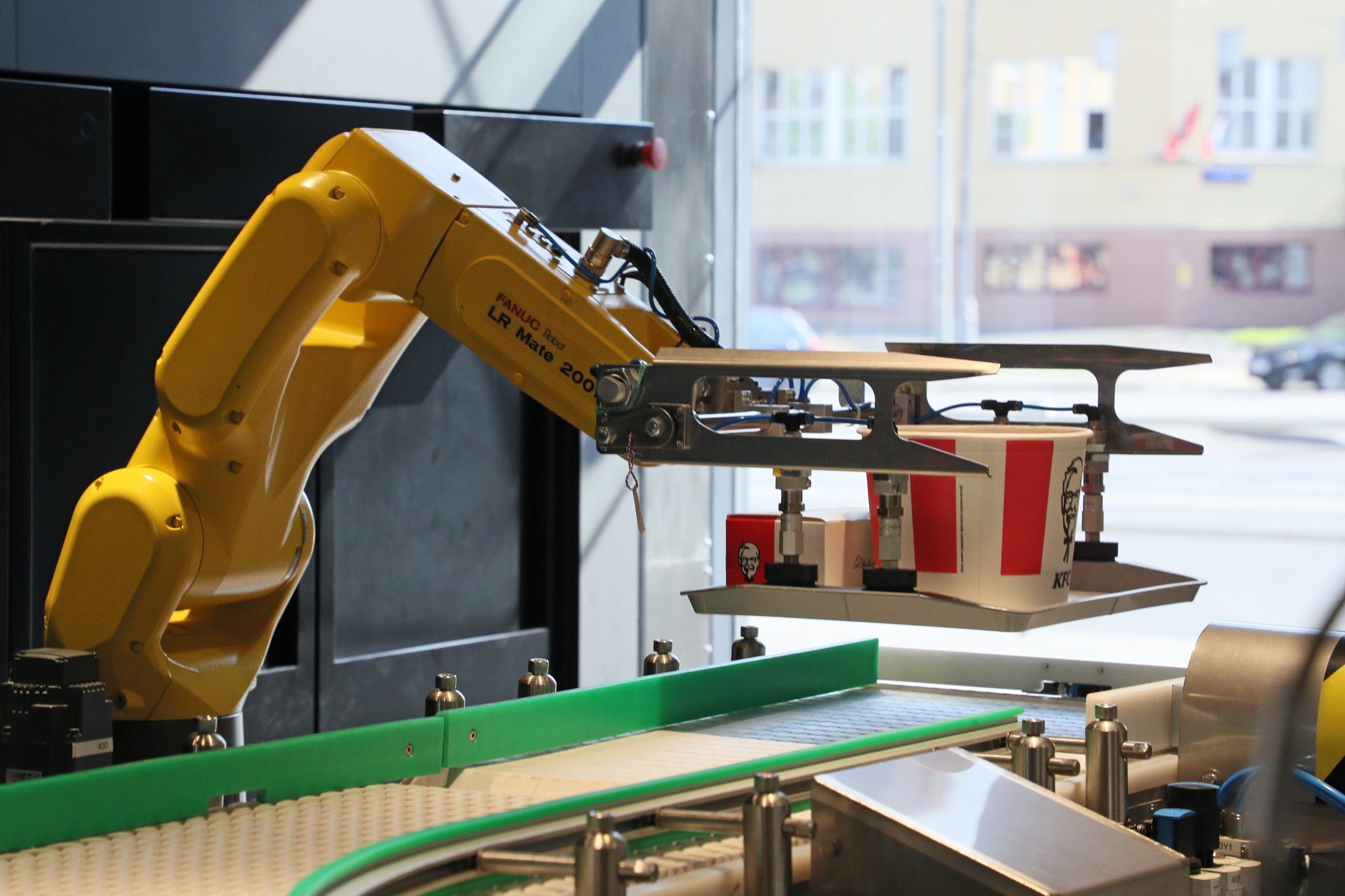 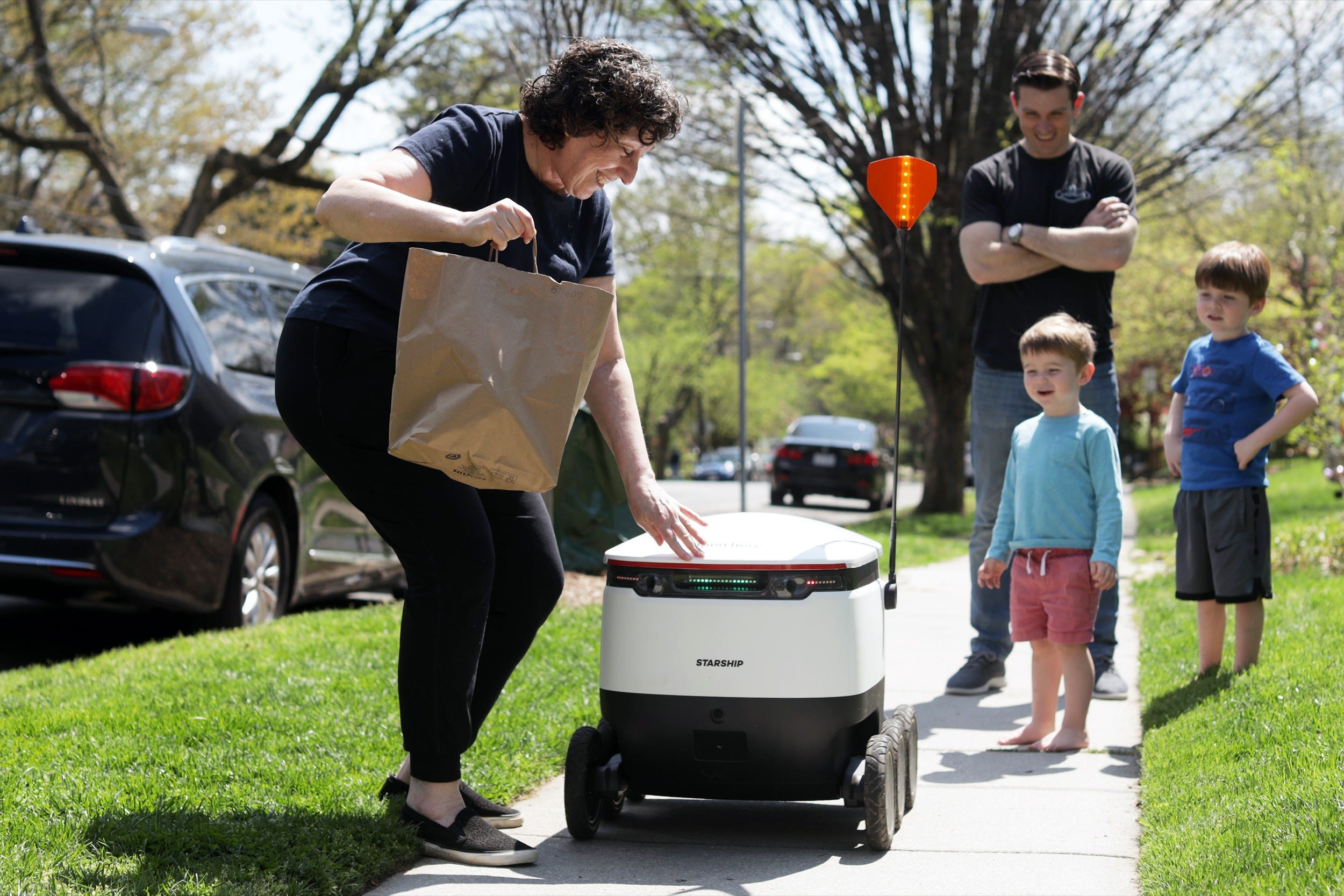 
Read more:
Investors are betting $US85 million that hungry students will normalize these robot food delivery workers of the future

Softbank’s humanoid Pepper robot is being used around the world. In Germany, chain grocer Edeka introduced Pepper robots in its stores to help people social distance and stay safe during the pandemic. 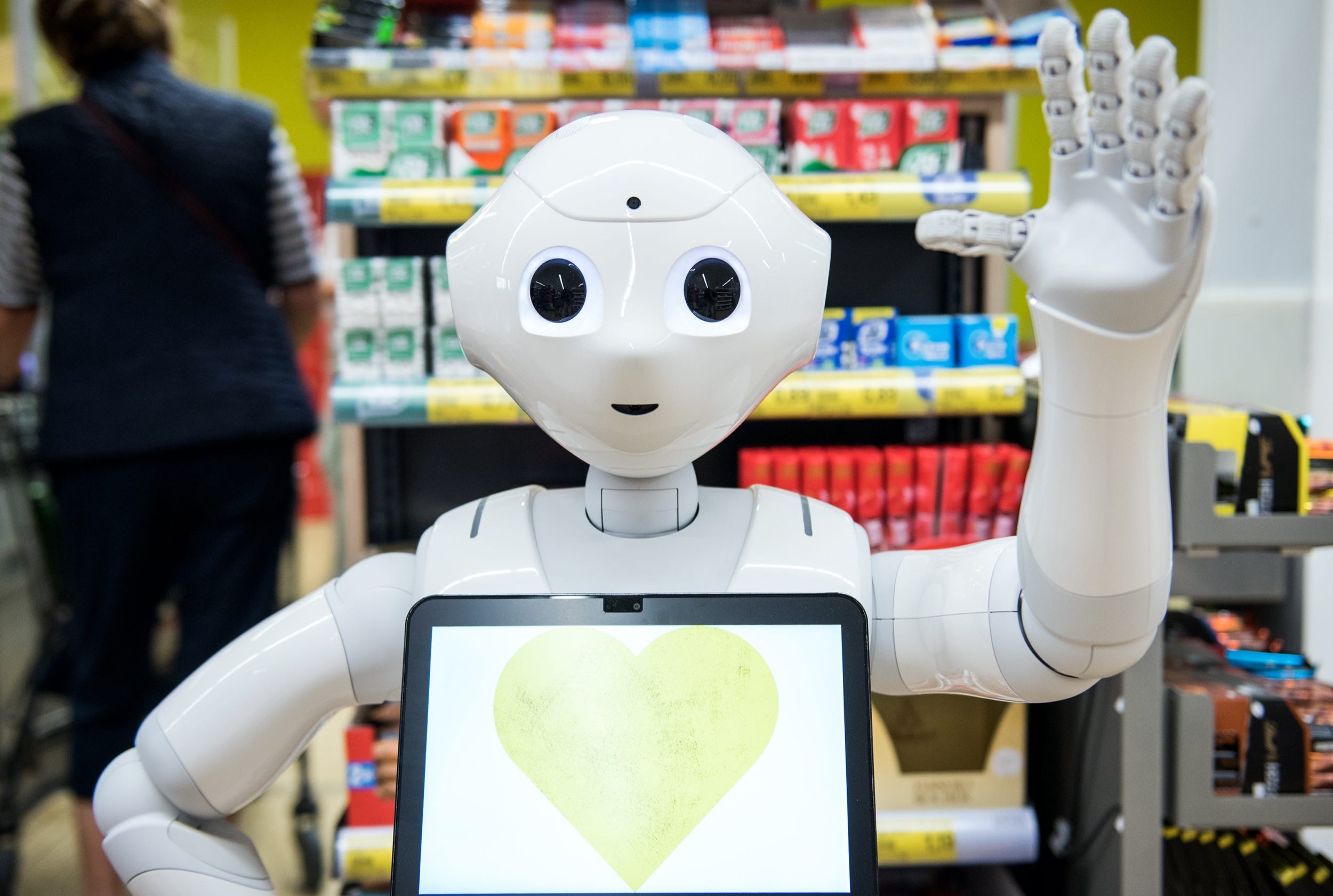 Walmart has staffed 1,000 of its stores with Bossa Nova robots, which stock shelves and help keep track of inventory. The six-foot robots contain 15 cameras that can scan aisles. 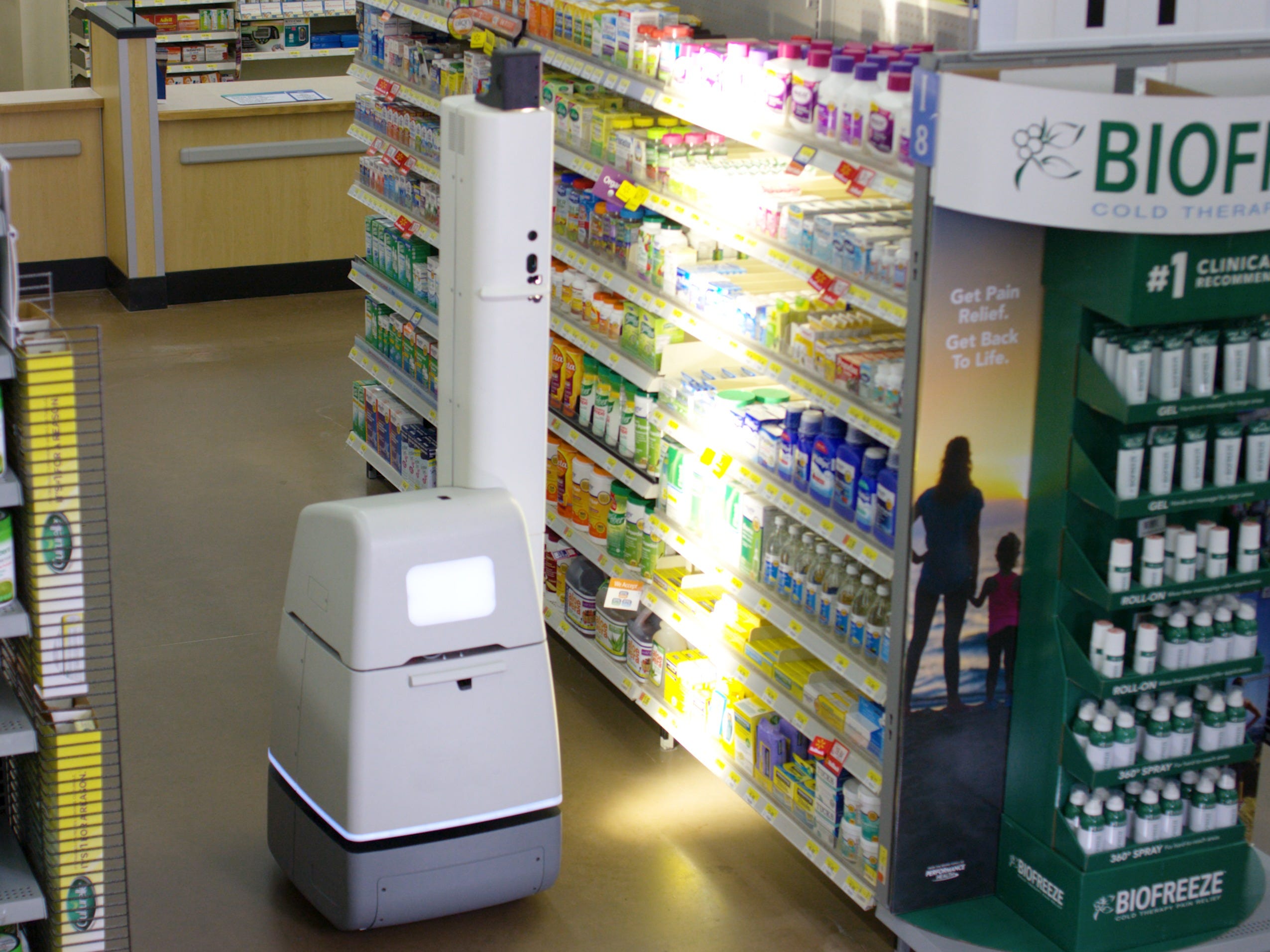 
Read more: W
almart is bringing robots to 650 more stores as the retailer ramps up automation in stores nationwide

In Moscow, Russia, some Lenta supermarkets are staffed with Promobot robots, which roll around the stores and announce discounts and promotions. They also recognise regular customers and can do product demonstrations. 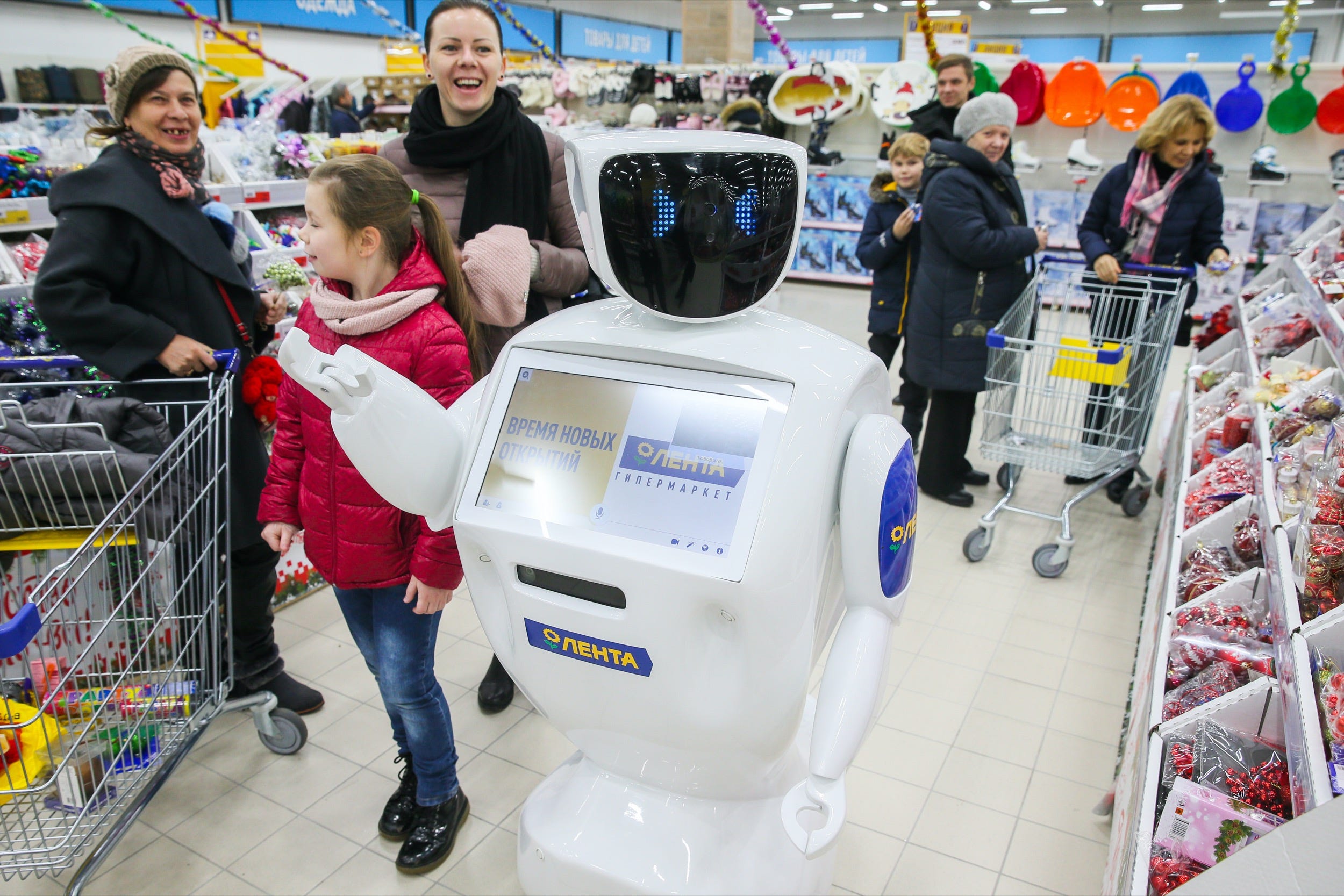 In 2019, regional supermarket chain Giant Eagle started testing Tally robots at its stores. Tally robots, which are made by Simbe Robotics, scan shelves to keep track of stock. 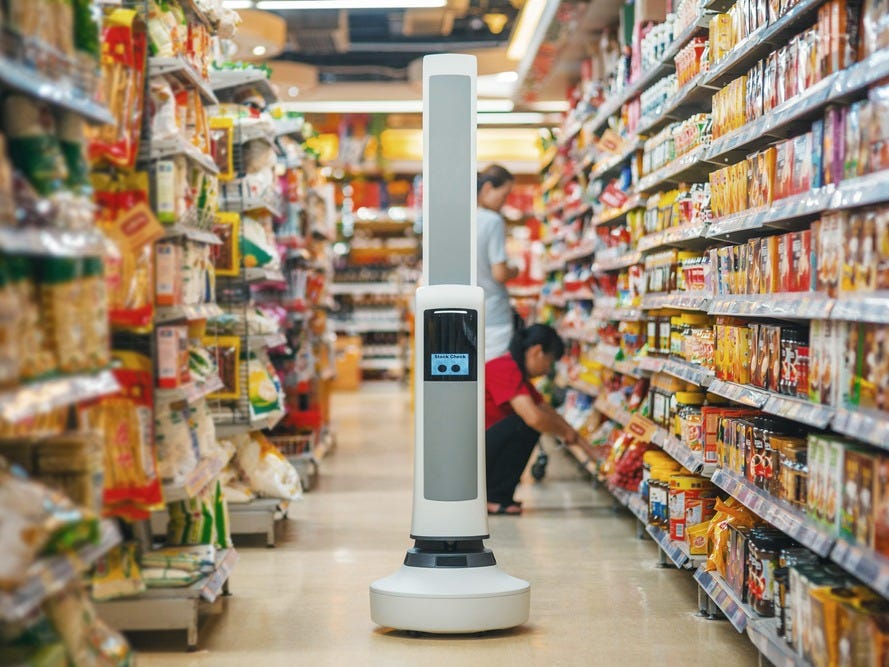 Hundreds of Stop and Shop and Giant Foods stores are home to the googly-eyed robot Marty, who has become a customer favourite. Marty also played a key role in a murder suspect’s alibi in January. 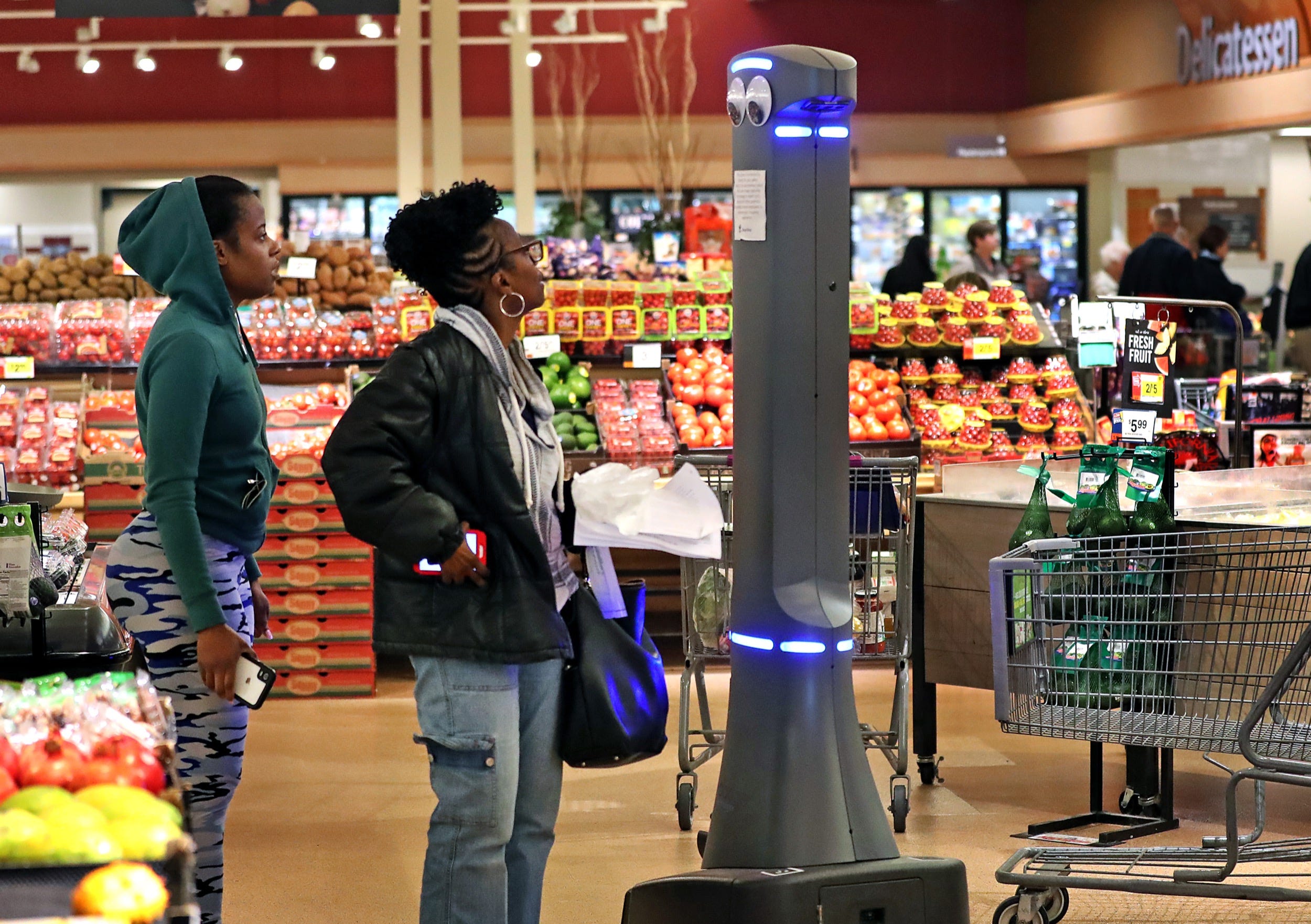 There are many restaurants around the world that utilise waiter robots, including this one in Qingdao, China. “Tete” delivers food to guests and can speak over 200 words. 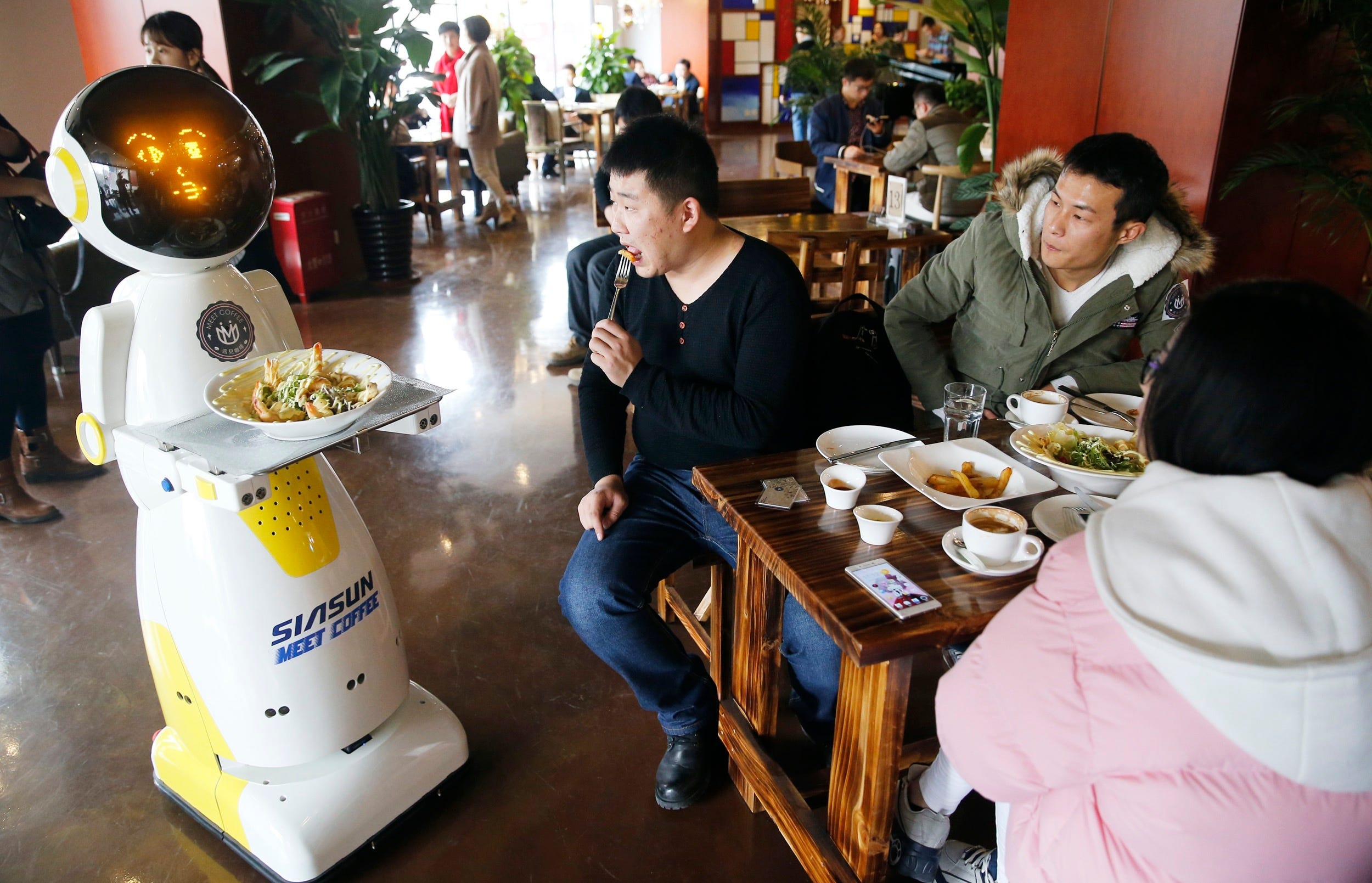 This Chinese server robot made by Kewang Trade Corporation plunges deep into uncanny valley territory with its human-like visage. It can also carry more than 35 kilograms (just over 77 pounds). 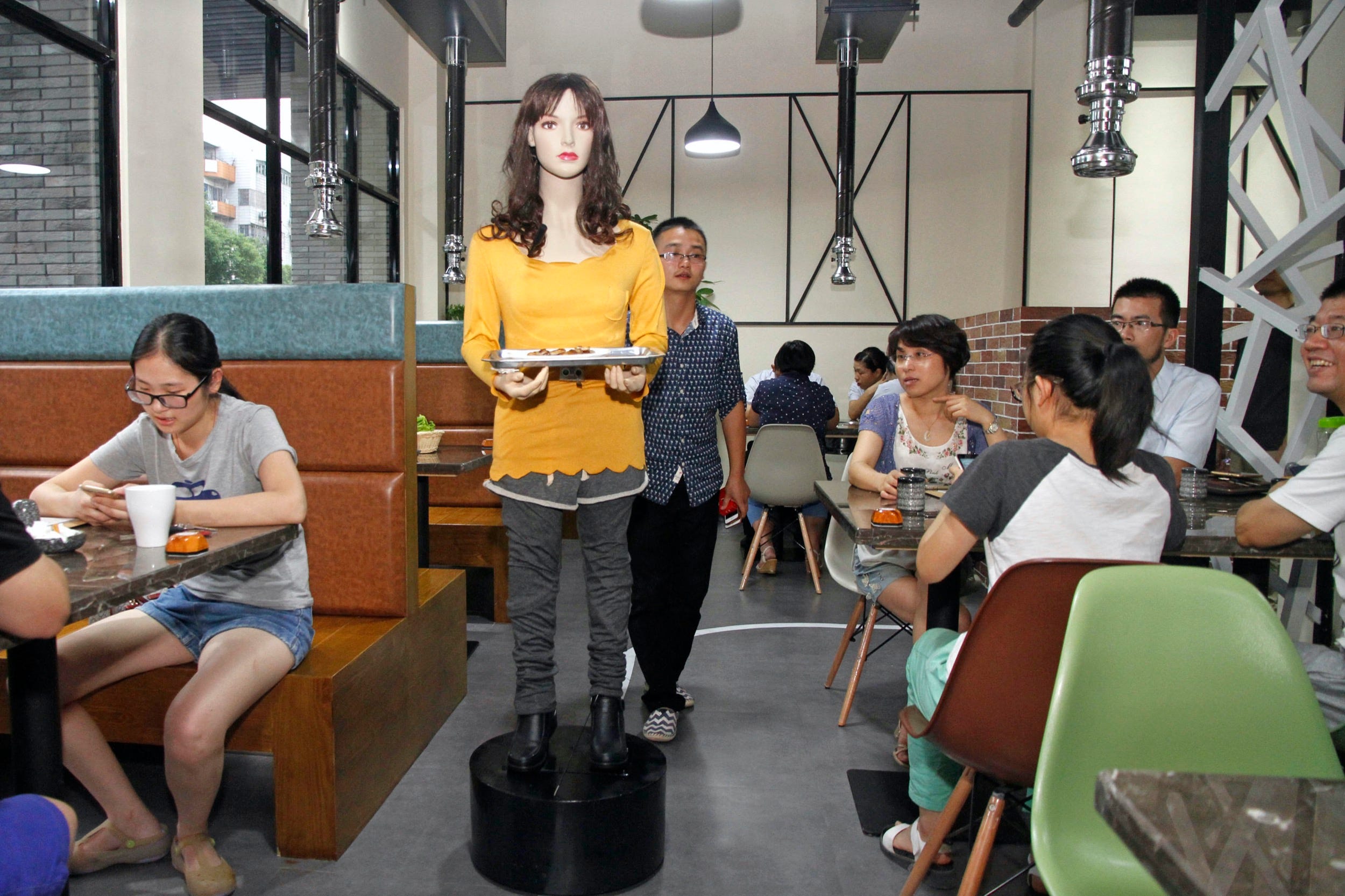 A robot waiter at a restaurant in Wuhan, China has expressive eyes on an LED screen. 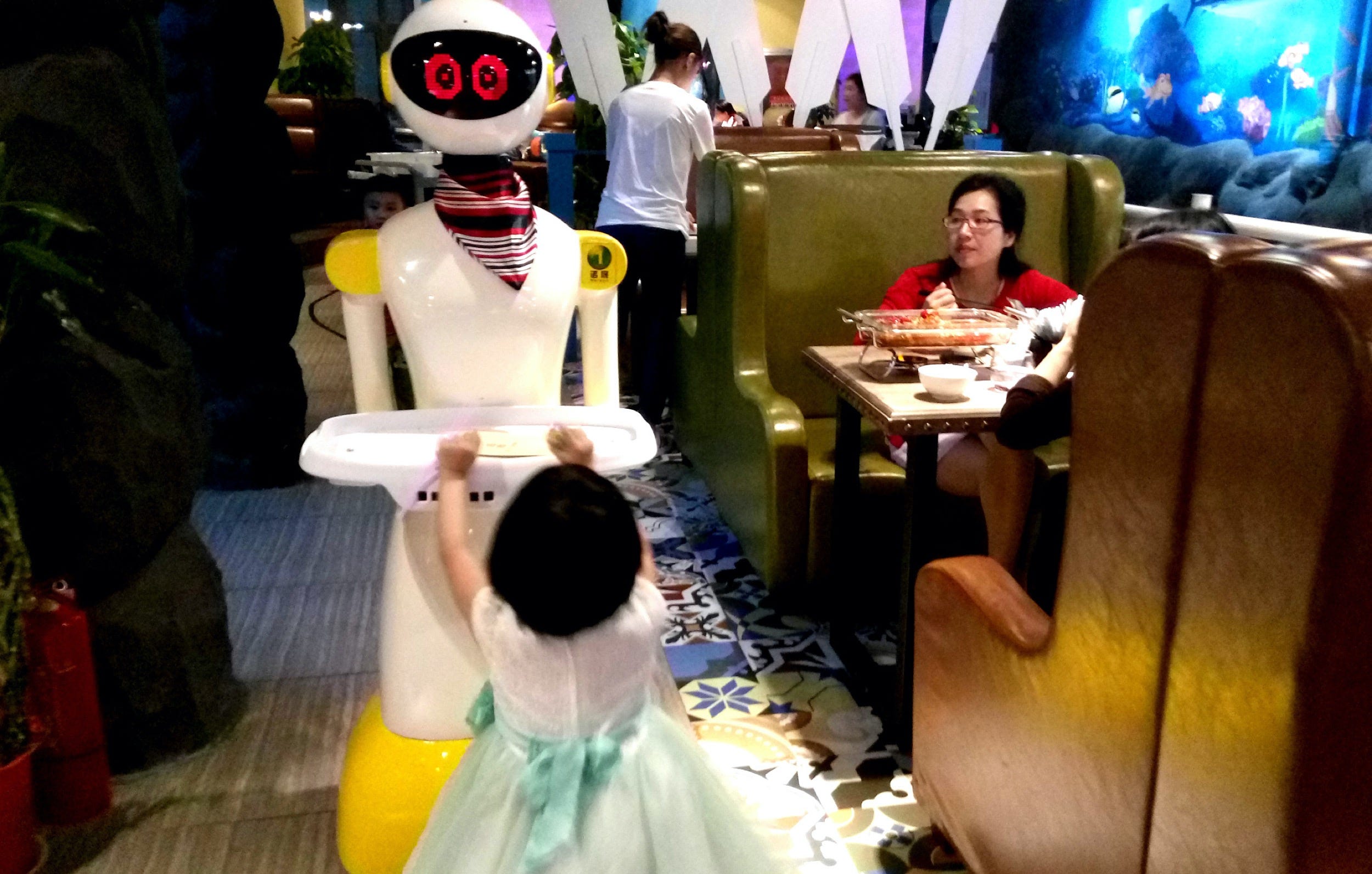 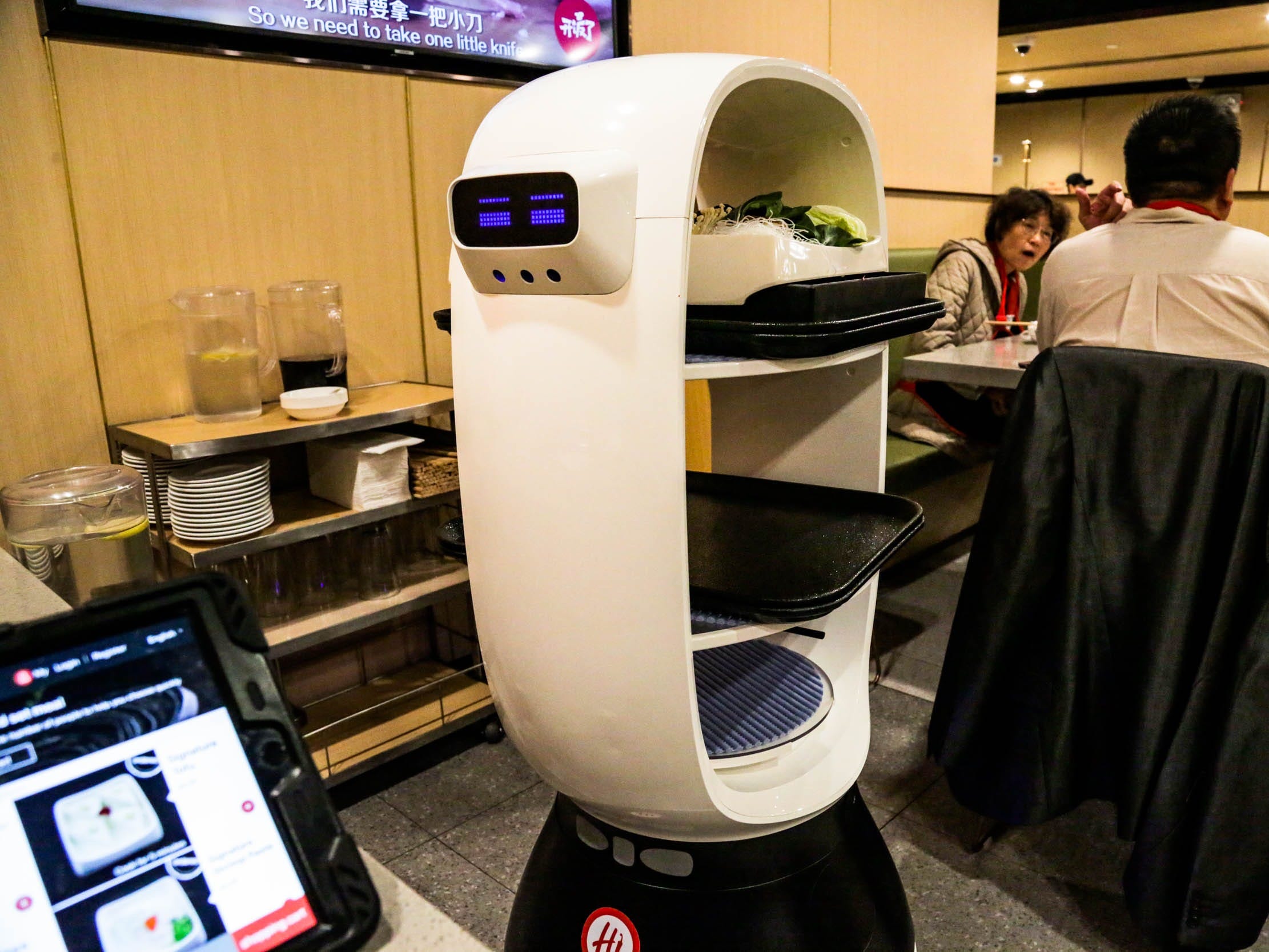 
Read more:
A massively popular Chinese restaurant chain is trying to take over the world with snarky robots, free snacks and hand massages, and a noodle dancer. Here’s why I loved it. 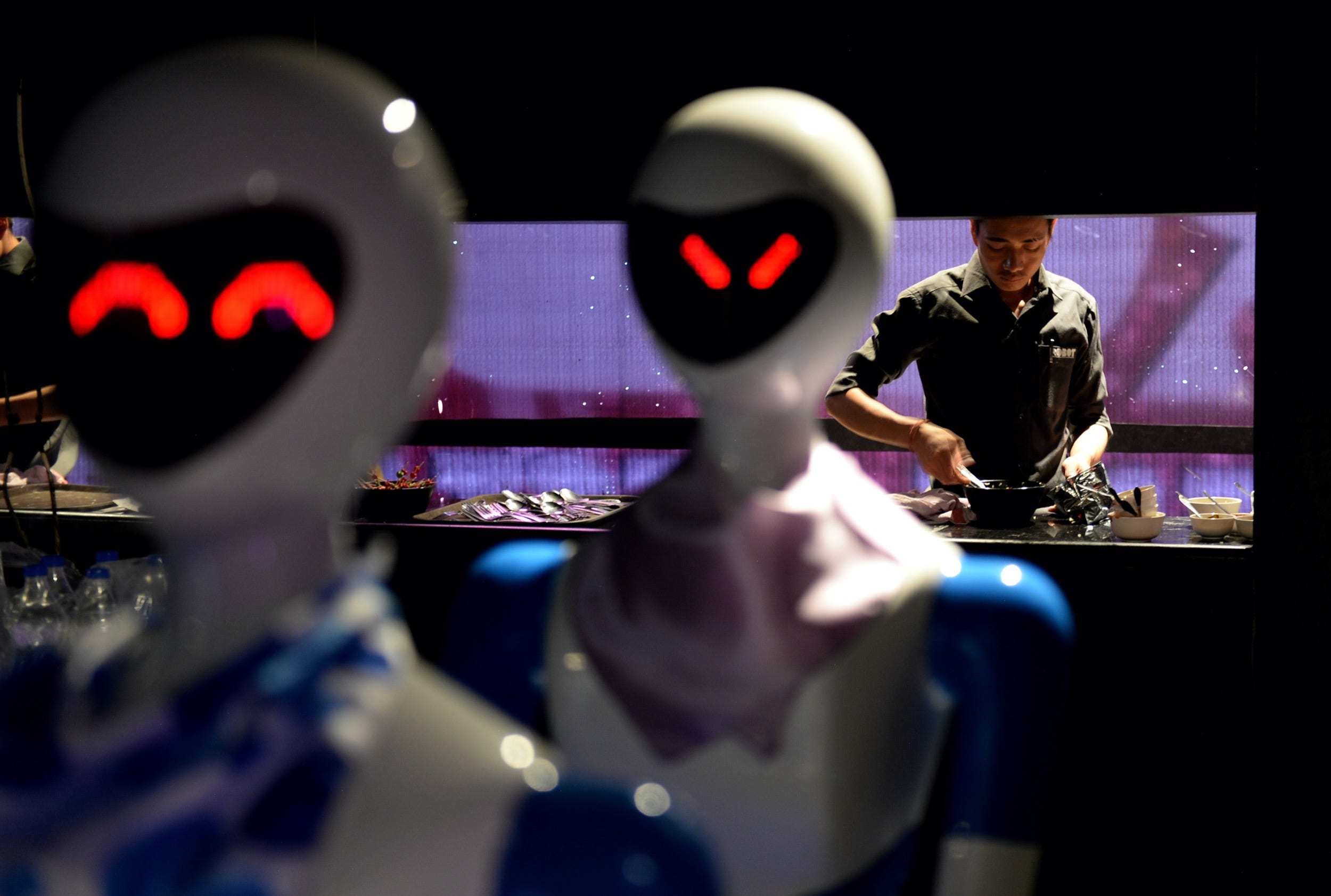 Meet Ruby the robot waitress, who serves customers at Drink and Spice Magics restaurant in Dubai. 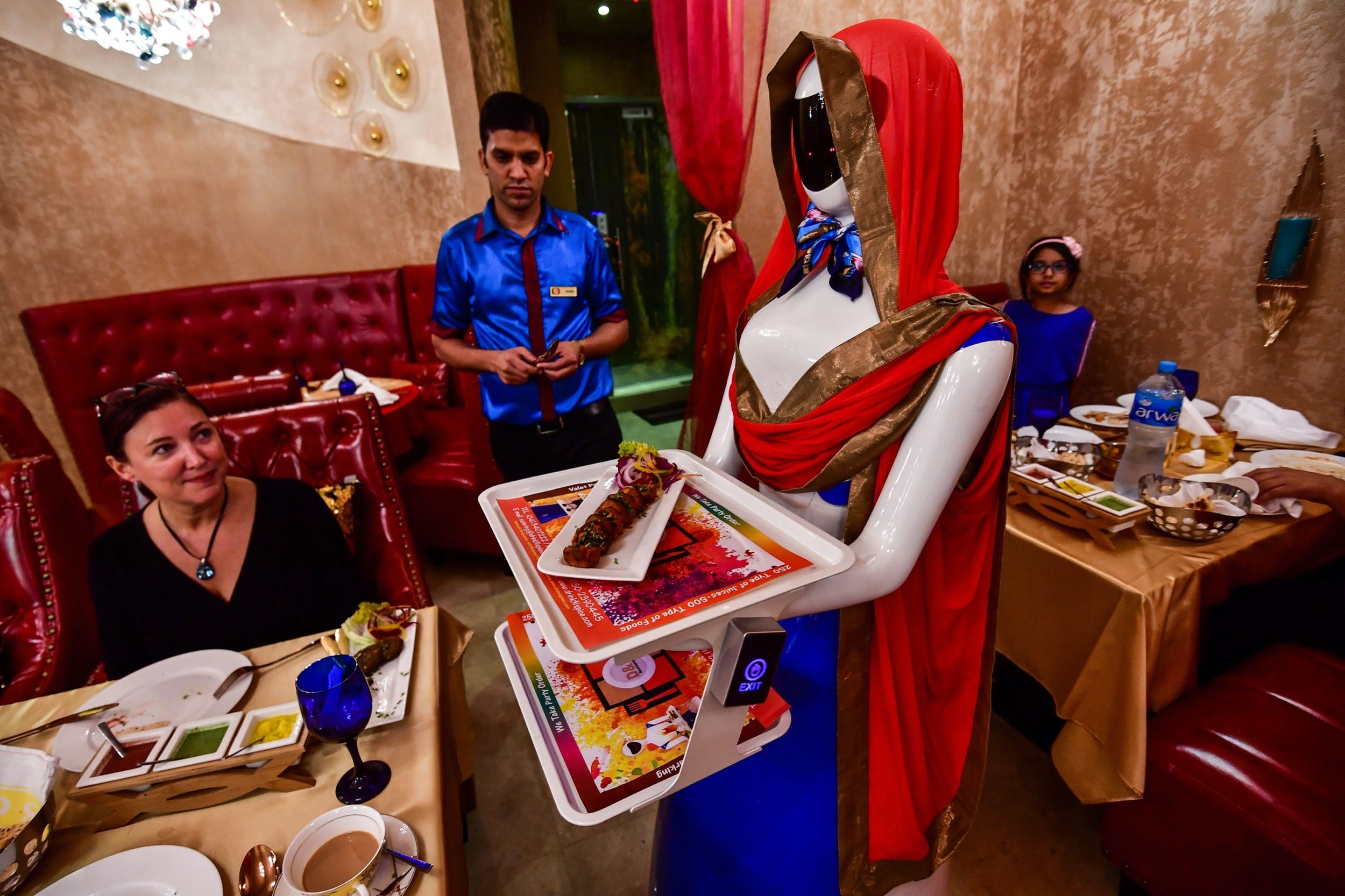 In Naulo restaurant in Kathmandu, Nepal’s first robot waiter, Ginger, speaks both English and Nepali, and was built by 25 Nepali engineers. 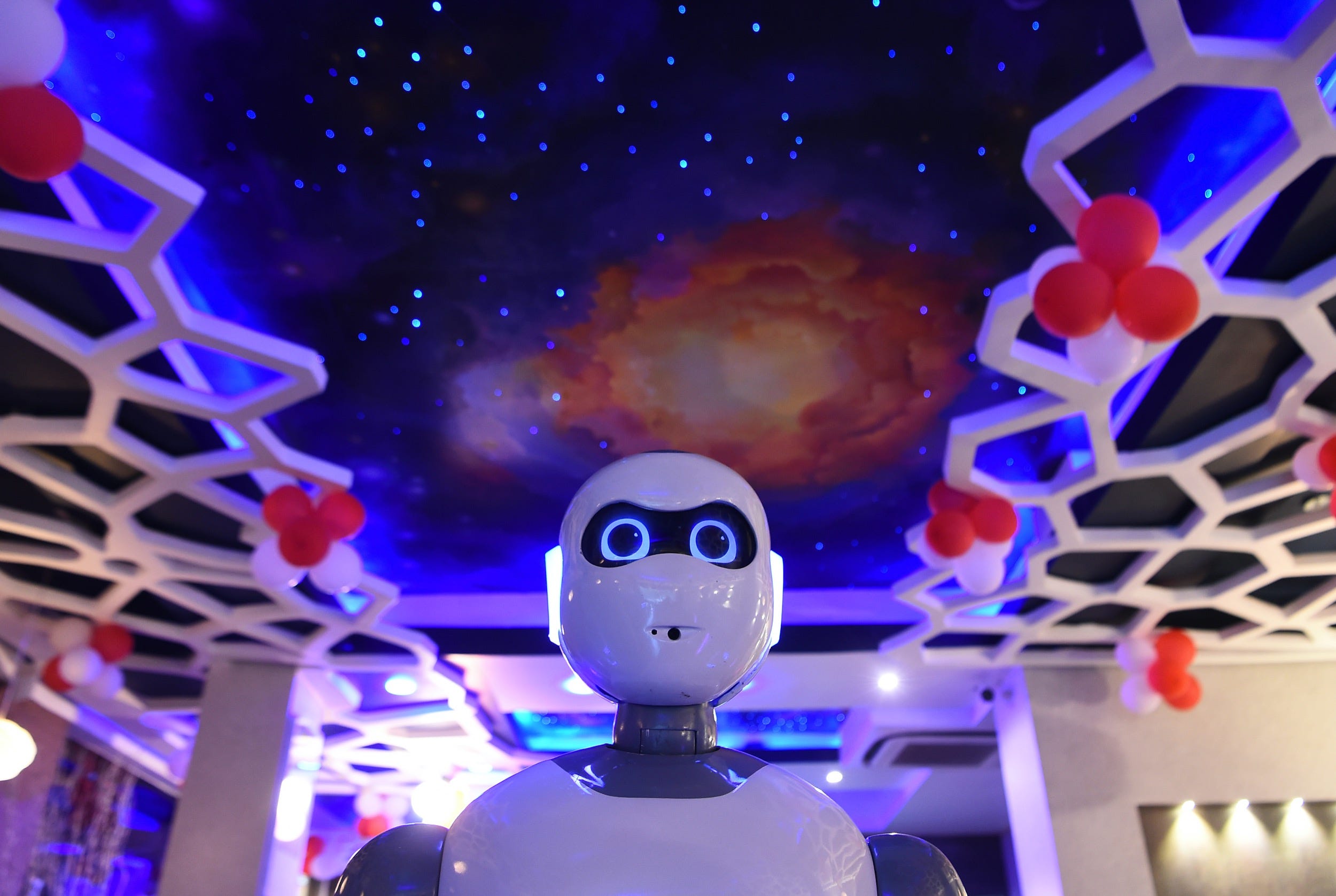 The Gran Caffé Rapallo in Liguria was the first restaurant in Italy to employ robots as waiters. 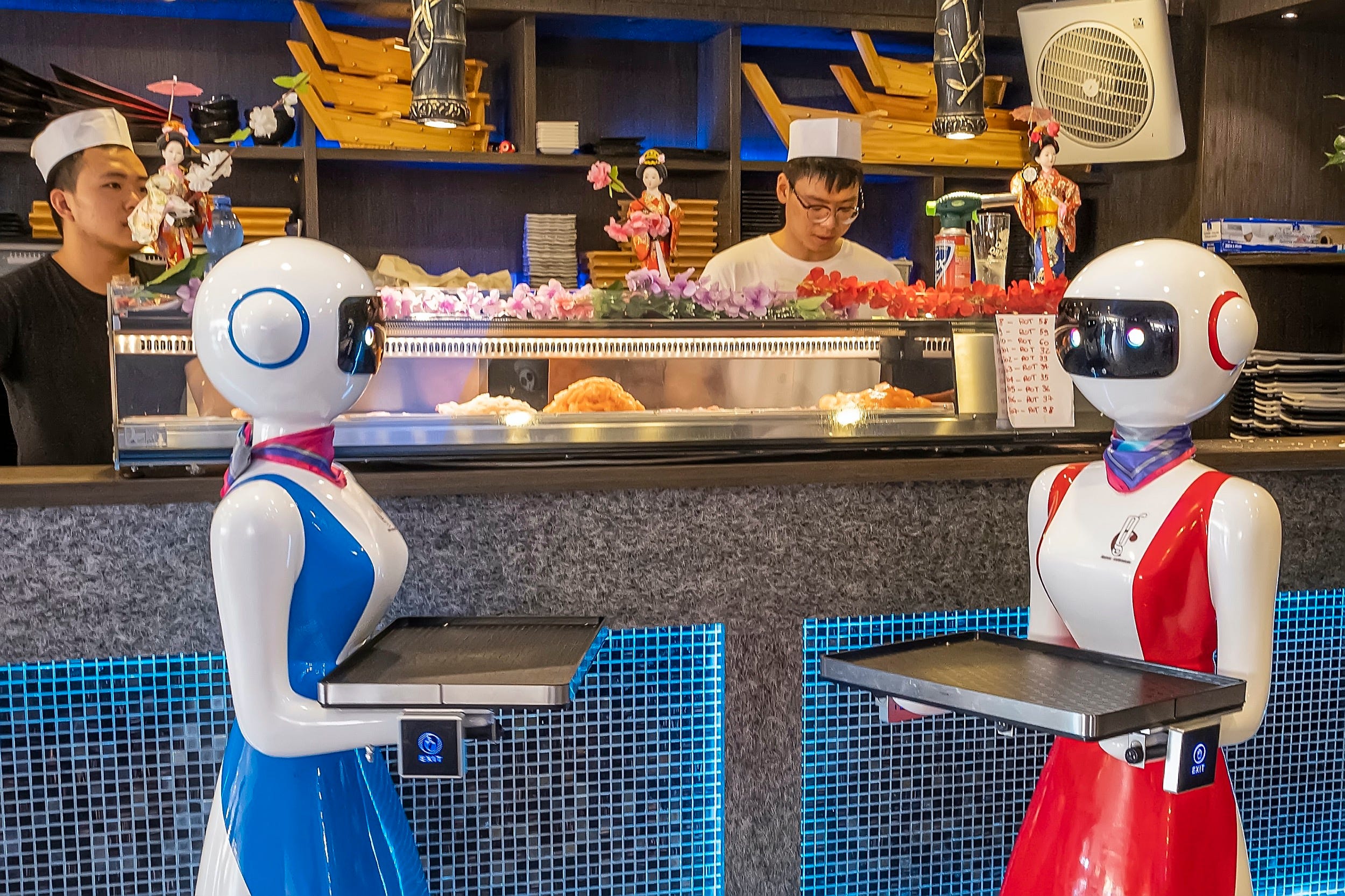 In Kabul, Afghanistan, a Japanese robot named Timea that serves patrons of Times Fast Food has earned the nickname “Nazo,” or “beautiful” in the Dari language. 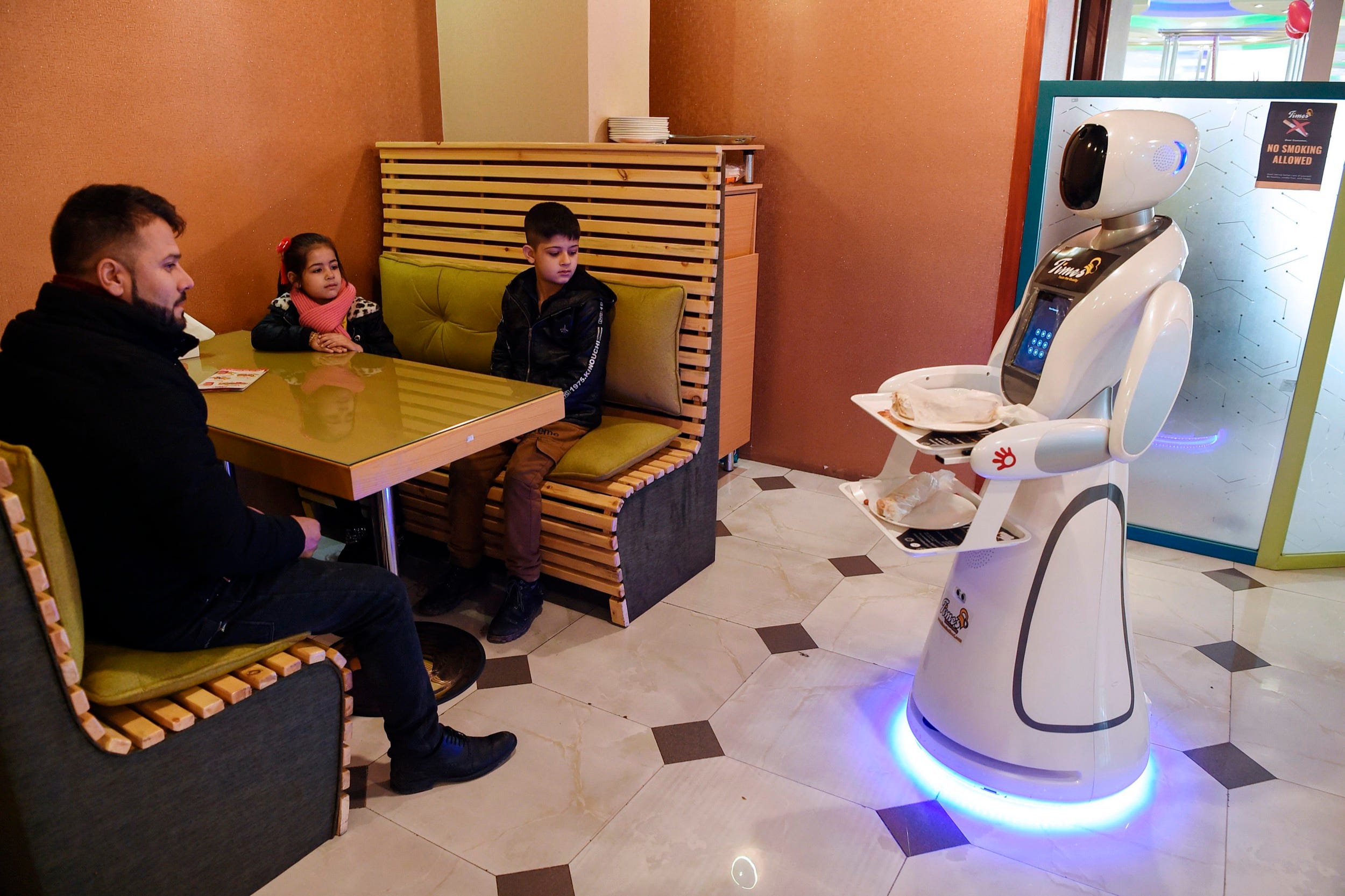 The Pepper Parlor in Tokyo, Japan is staffed by Softbank’s Pepper and NAO robots. Pepper robots, which are used around the world, serve patrons while NAO robots dance and entertain them. 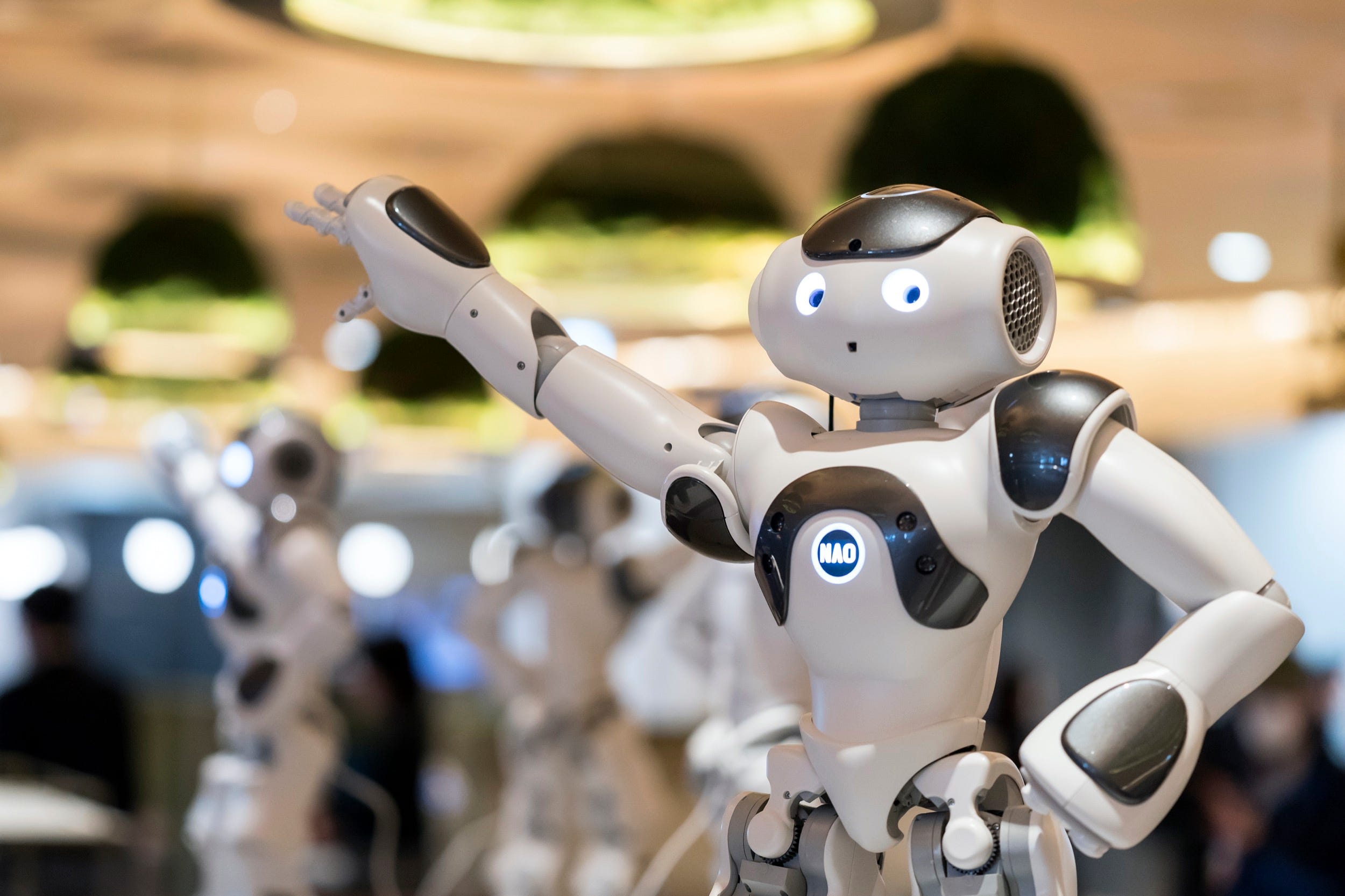