'This is a setup': Cuomo says Trump is going to lose the election and then claim fraud 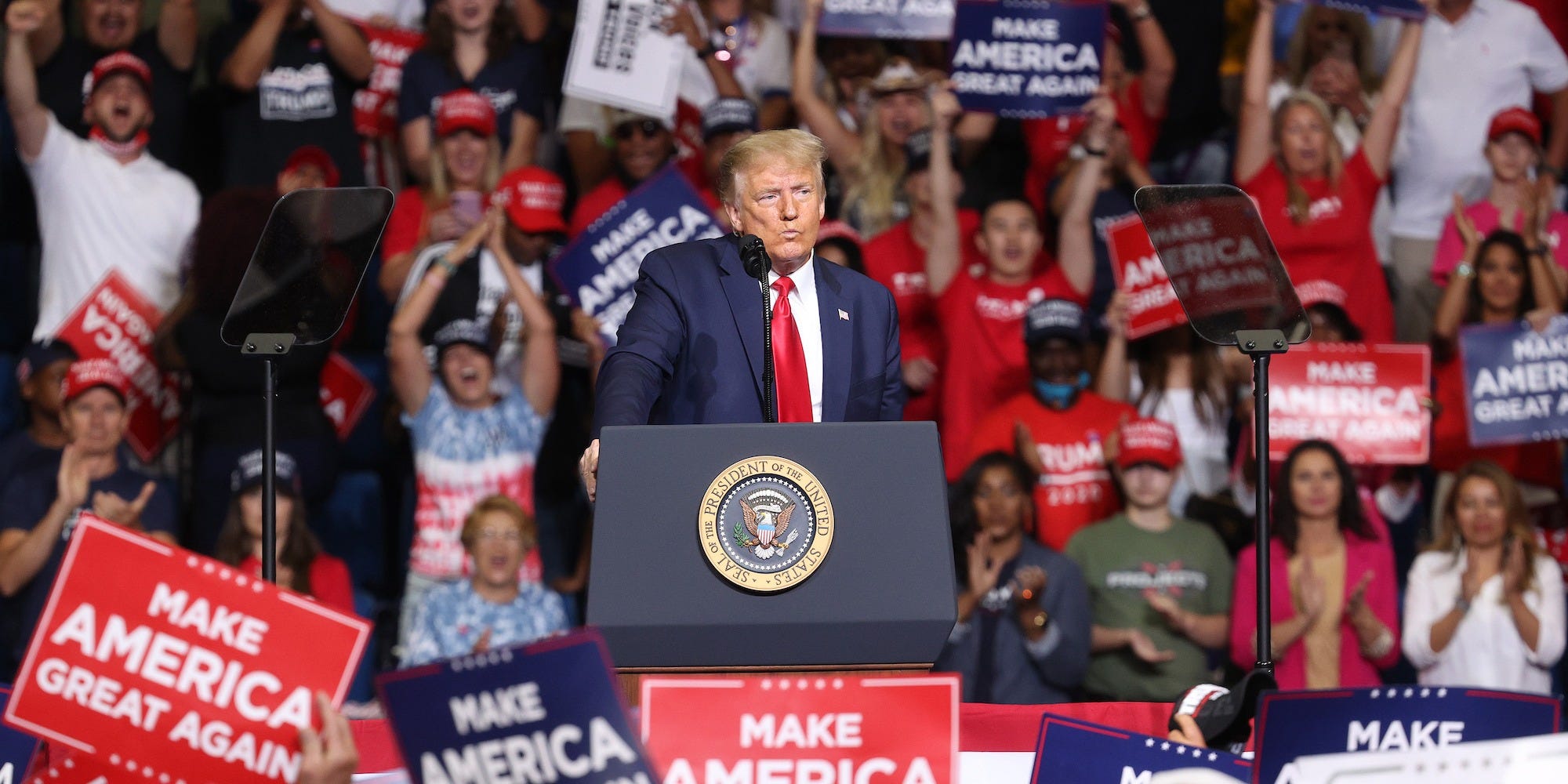 New York Gov. Andrew Cuomo on Monday suggested that President Donald Trump is expecting to lose the 2020 election and then challenge the results by claiming it was rigged against him.

Cuomo was asked by CNN’s Jim Sciutto if he was concerned that the president and attorney general are “creating a case to challenge the results of the election if they were to lose.”

Despite heavy pushback from the president on the matter, Cuomo said it makes sense to increase access to mail-in voting as the COVID-19 outbreak persists in the US. Forcing people to stand in lines at polling places during a pandemic runs “counter to public health,” the New York governor said.

Cuomo said he hopes that Trump doesn’t try to challenge the results, but that he expects the president to use mail-in voting as the basis for undermining the outcome.

“I’m sorry to say that, and it may sound cynical, but after watching this administration sometimes cynicism is merited,” Cuomo added.

The Trump campaign did not immediately respond to a request for comment from Insider.

Voter fraud is not a major problem in the US, but Trump keeps pushing myths on mail-in voting

Amid the coronavirus pandemic and concerns over public health, many states have moved to increase absentee and mail-in voting. Meanwhile, Trump – who voted by mail in Florida earlier this year – has baselessly suggested these efforts will lead to widespread voter fraud. Rates of absentee ballot fraud are very low, so there’s virtually no evidence to back up Trump’s assertions.

Trump has also falsely claimed that expanding mail-in ballot hurts Republicans (it confers no partisan advantage to either side), and pushed a unfounded conspiracy that children in California will go around stealing ballots out of mailboxes and forging them.

On Monday, Trump tweeted: “Because of MAIL-IN BALLOTS, 2020 will be the most RIGGED Election in our nations history – unless this stupidity is ended. We voted during World War One & World War Two with no problem, but now they are using Covid in order to cheat by using Mail-Ins!”

But the widespread ability to vote by mail in the US actually has roots in the two world wars, during which many US soldiers who were deployed overseas participated in elections via mail. As far back as the Civil War, American soldiers voted by mail.

In a separate tweet, Trump said: “RIGGED 2020 ELECTION: MILLIONS OF MAIL-IN BALLOTS WILL BE PRINTED BY FOREIGN COUNTRIES, AND OTHERS. IT WILL BE THE SCANDAL OF OUR TIMES!”

Attorney General William Barr made a similar, unsubstantiated assertion in an interview with the New York Times earlier this month. Barr suggested foreign governments might attempt to mail in fake ballots.

As Insider politics reporter Grace Panetta recently reported, the theory that foreign adversaries would print out fake ballots and send them out in batches to election offices is very unlikely for several reasons:

Between his botched response to the coronavirus pandemic, which has led to roughly 120,000 reported deaths in the US, and nationwide protests over racism and police brutality, Trump’s polling numbers have been plummeting in recent weeks.

A number of recent polls showed former Vice President Joe Biden, the presumptive 2020 Democratic presidential nominee, with a double-digit lead over the president. Trump’s approval rating also recently dropped to 39%, according to Gallup. The president also had low turnout at his first rally in months in Tulsa, Oklahoma, over the weekend, which reportedly enraged Trump.

In short, there are growing signs that Trump’s reelection campaign is in trouble. 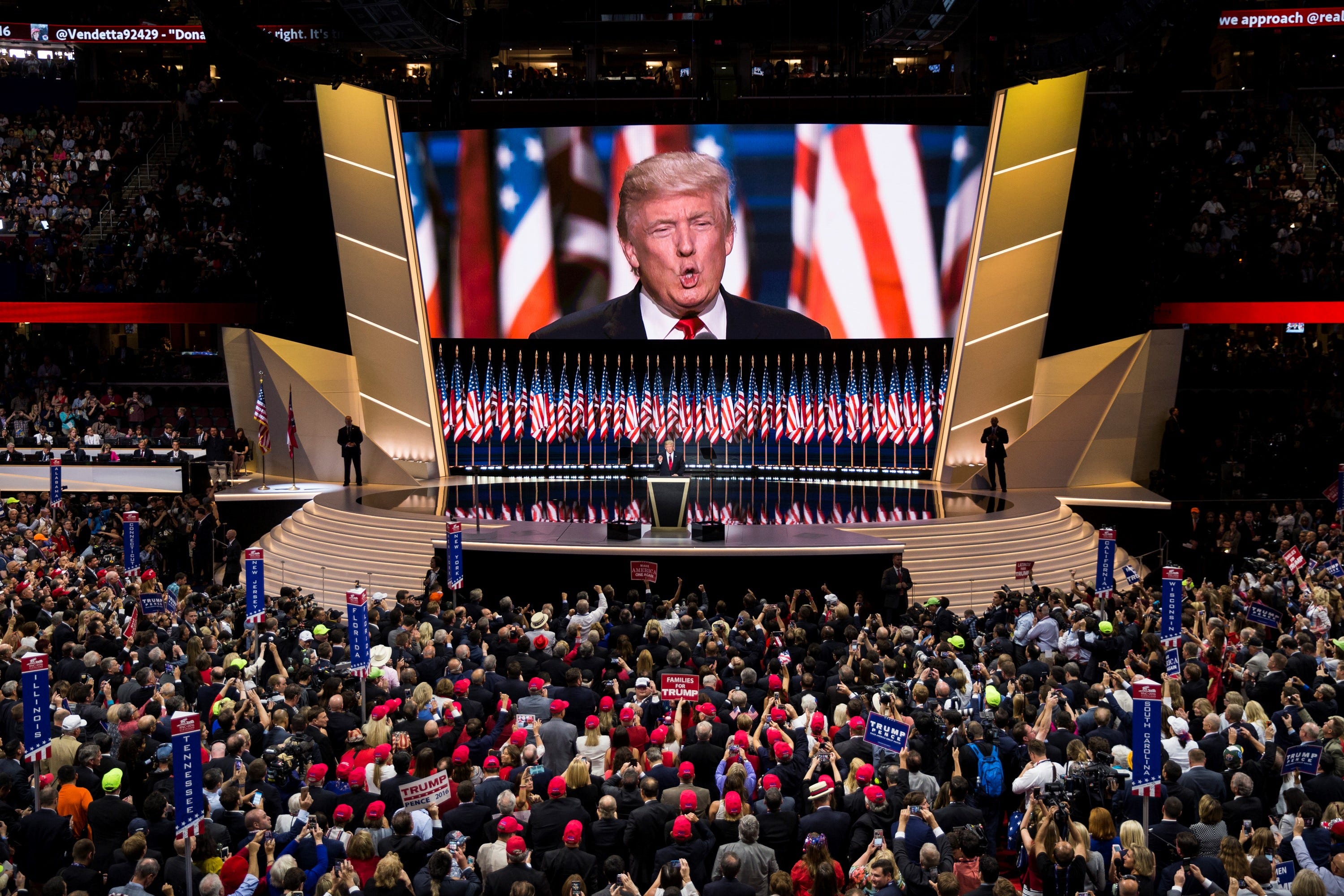 Samuel Corum/Anadolu Agency/Getty ImagesDonald Trump accepts the Republican nomination for President on the last night of the 2016 Republican National Convention in Cleveland, Ohio, USA on July 21, 2016

Back in 2016, amid a presidential election Trump was not expected to win, he also suggested that the entire thing was “rigged.”

“The election is absolutely being rigged by the dishonest and distorted media pushing Crooked Hillary – but also at many polling places – SAD,” Trump said in a tweet on October 16, 2016, less than a month before Election Day.

Trump ultimately won the election due to the Electoral College, but lost the popular vote to former Secretary of State Hillary Clinton. The president claimed, without evidence, that this was because millions of undocumented immigrants were able to vote.

In January 2018, Trump shutdown a White House commission formed to investigate voter fraud, but found no substantial evidence US elections are corrupt. Trump has continued to push baseless claims to the contrary, however.

Along these lines, Biden also recently expressed concerns that Trump will challenge the 2020 election results.

“This is a guy who said all mail-in ballots are fraudulent, direct voting by mail, while he sits behind a desk in the Oval Office and writes his mail-in ballot to vote in the primary,”Biden said.