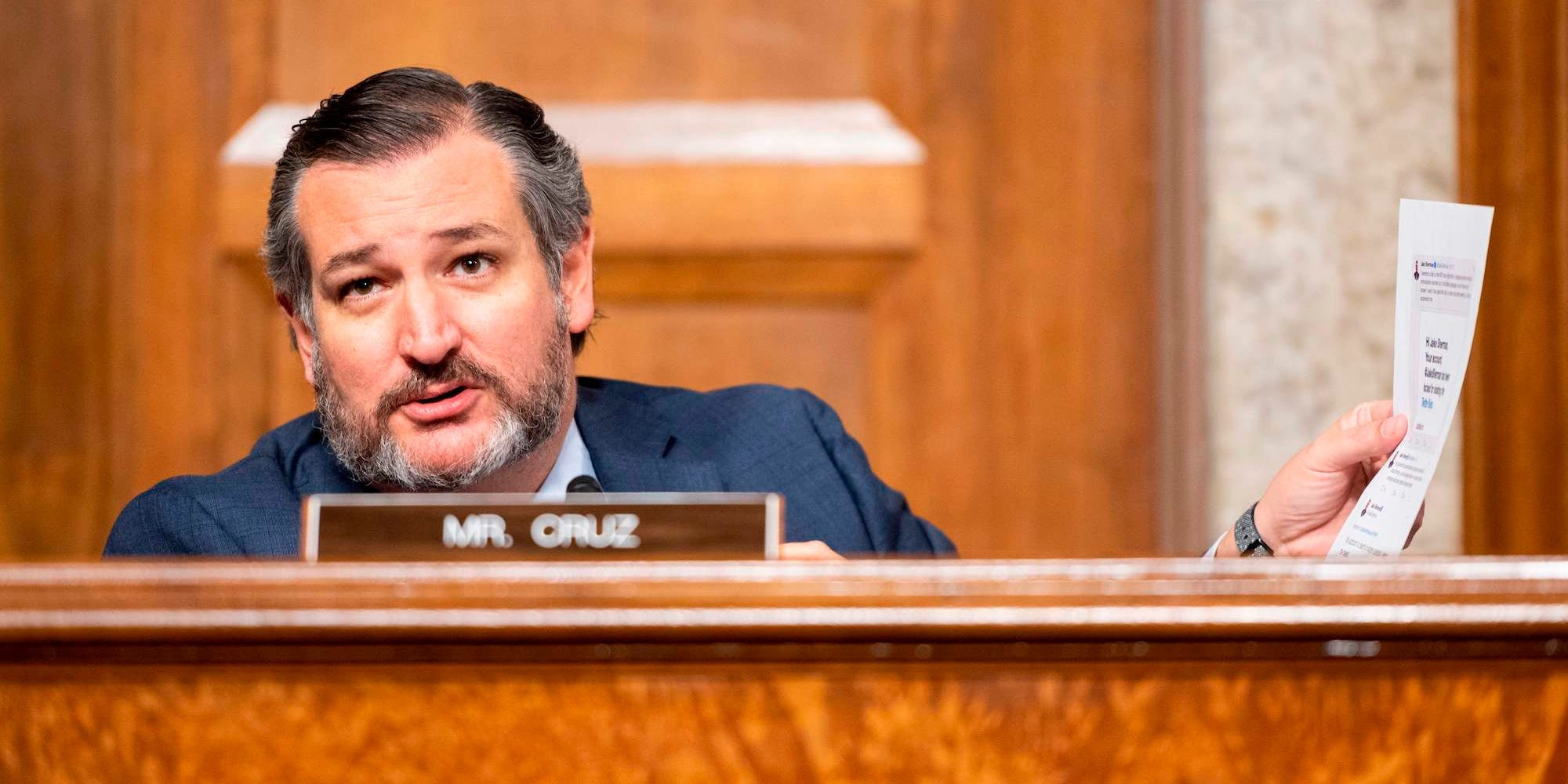 BILL CLARK/POOL/AFP via Getty ImagesSen. Ted Cruz during a Senate hearing on November 17, 2020.

Republican Sen. Ted Cruz of Texas on Saturday is reportedly behind an effort by GOP senators to object to the certification of Electoral College votes scheduled for Wednesday, Axios and Fox News first reported.

The news comes after Sen. Josh Hawley of Missouri on Wednesday announced he intended to object to the certification of the electoral college vote, which occurred last month. The Senate must certify the results before Biden is to be inaugurated on January 20.

While such objections risk delaying the certification of the results in Biden’s favour, it will not change the results of the vote in any US state.

“I cannot vote to certify the electoral college results on January 6 without raising the fact that some states, particularly Pennsylvania, failed to follow their own state election laws,” Hawley said Wednesday. “At the very least, Congress should investigate allegations of voter fraud and adopt measures to secure the integrity of our elections. But Congress has so far failed to act.”

The new effort Saturday is separate from that previously launched by Hawley, according to Axios and Fox News.

Trump has failed to concede his loss for two months, as he and his allies within the GOP have baselessly alleged allegations of widespread voter fraud that he and his legal team haven’t been able to substantiate in dozens of court battles.

According to the Fox News report, Cruz and his Republican senatorial colleagues will call for a 10-day emergency audit of the election results by an electoral commission in states where they are disputed.

“Voter fraud has posed a persistent challenge in our elections, although its breadth and scope are disputed. By any measure, the allegations of fraud and irregularities in the 2020 election exceed any in our lifetimes,” the lawmakers said in a statement, according to Fox News.

The GOP lawmakers in the statement said without the agreement for the audit, they will vote against certifying the results Wednesday. They cited the commission appointed following allegations of fraud in the election of 1877 between Samuel Hayes and Rutherford Hayes, Fox News reported.

“We intend to vote on January 6 to reject the electors from disputed states as not ‘regularly given’ and ‘lawfully certified’ (the statutory requisite), unless and until that emergency 10-day audit is completed,” the statement read, according to Fox News.

As Fox News noted, Senate Majority Leader Mitch McConnell, a Republican, has publicly accepted Biden’s win and has privately urged senators not to contest the results.