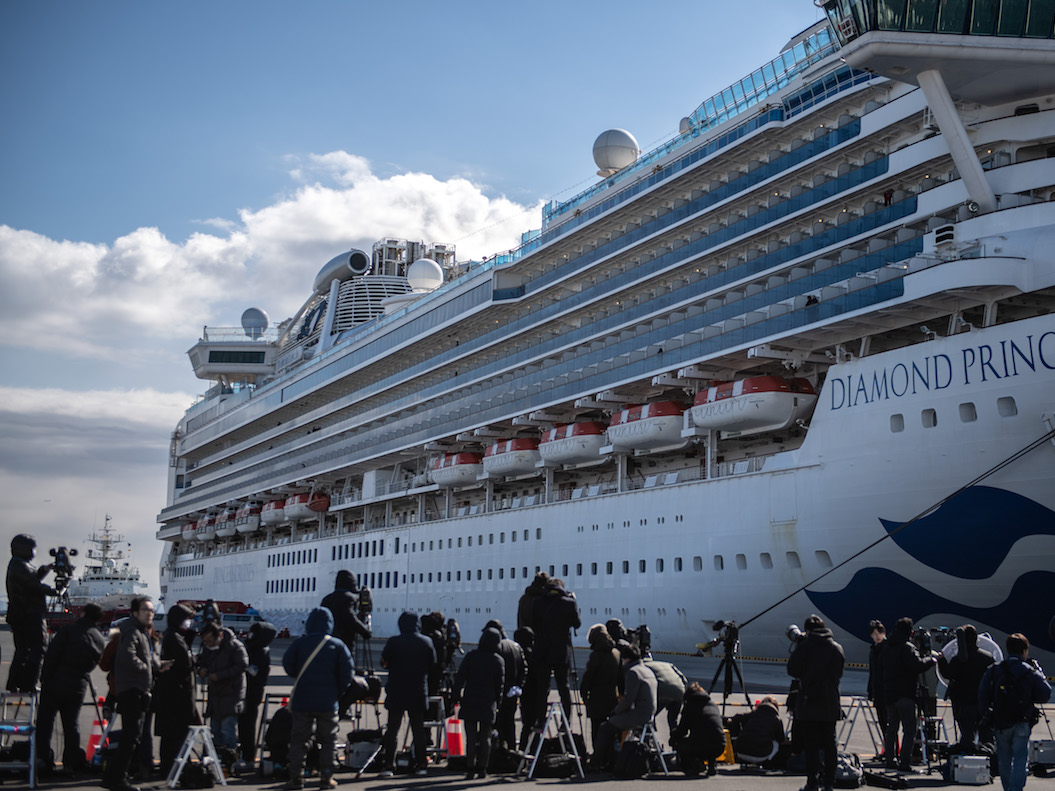 The novel coronavirus has swept the globe, infecting more than 169,000 and claiming the lives of al least 6,500. With alarm about the coronavirus on the rise, the cruise ship industry has been plunged into chaos.

In the ongoing coronavirus pandemic, countries have been implementing restrictive measures to curb the spread of the novel virus, leaving multiple cruise ships stranded at sea. Three of those ships have been left in limbo with confirmed coronavirus cases on board.

Some cruise ships have been denied docking at ports altogether over coronavirus fears, while others have docked with quarantined passengers on board.

Here are all the known cruise ships left stranded at sea.

The MS Braemar was stranded in the Bahamas

The MS Braemar was briefly stranded 25 miles South West of Freeport, an area in the Bahamas, after being denied entry at several ports in the Caribbean.

Although the cruise ship was stranded in the Bahamas, a cargo ship delivered a supply of food, medication and ship supplies overnight.

According to Fred. Olsen Cruise Lines, the British company that owns the MS Braemar, four passengers and one crew member have tested positive for COVID-19 onboard the MS Braemar, including a doctor. In addition to those who have become confirmed coronavirus cases, 22 guests and 21 crew members have been put in isolation after displaying influenza-like symptoms.

Fred. Olsen announced this morning that the cruise was setting sail for Cuba, where guests will be “repatriated back to the UK by air,” a statement from the company read. Once all of its cruise ships return home, all of its ocean cruise operations will be suspended until May 23.

After one guest onboard the Silver Shadow tested positive for COVID-19, the cruise ship was docked in isolation at a port in northeastern Brazil.

One of the passengers who tested positive for the novel virus was a 78-year-old Canadian man. After displaying respiratory problems, the man was taken to a private clinic on land for treatment, according to the Associated Press.

The Brazilian state of Pernambuco’s health secretariat decided on Thursday to keep the ship – with its 318 passengers and 291 crew members – in isolation in the capital of Recife, the agency said in a statement.

Following the news of a possible case on board, the Brazilian state of Pernambuco’s health secretariat decided to keep the ship in isolation in Recife, Brazil. The cruise ship’s 609 passengers, including with its 318 passengers and 291 crew members, have been isolated since Thursday, according to Associated Press.

Reports of Silver Shadow’s isolation were later confirmed by CNN.

The Silver Explorer has been in quarantine off the port of Castro after a British citizen onboard the ship contracted COIVD-19.

The 85-year-old man began showing symptoms associated with the novel virus when getting off the Silver Explorer in the southern port of Caleta Tortel, The Straits Times reported. The unnamed Briton was transferred to a hospital in Coyhaique, Chile, where he tested positive for COVID-19.

Chile Health Minister Jaime Manalich announced that the Silver Explorer, with 111 passengers and 120 crew members on board would be the quarantined in a press conference on Saturday. He also claimed that the passenger was in “good condition” despite his contracting the virus.

“The ship is in quarantine off the port of Castro. The British citizen is in good condition but has tested positive for coronavirus,” said Manalich.

Passengers on the Golden Princess cruise liner were barred from disembarking the ship after three individuals displayed symptoms associated with the coronavirus on Sunday. The three passengers have been quarantined by the ship’s doctor, with one being treated as a suspected coronavirus case.

“All on board are not being allowed off the ship until results are known,” New Zealand’s director-general of health, Ashley Bloomfield, announced on Sunday.

The ship has kept its 2,600 passengers and 1,100 crew on the boat since arriving at Akaroa Harbour in New Zealand since Sunday, according to The Straits Times. The cruise liner’s owner, Princess Cruises, told CNN that the cruise liner was kept anchored so there could be “precautionary health testing” of guests, specifically those who travelled on an international flight from Los Angeles that had a passenger who later tested positive for coronavirus in Australia.

The passenger with respiratory problems has since tested negative for the coronavirus. While the Golden Princess has been cleared to set sail for Australia, the remained of its New Zealand itinerary has been cancelled, CNN reported.

The Norwegian Jewel floats in limbo in the Pacific Ocean

The Norwegian Jewels is floats in limbo in the Pacific Ocean after being denied docking at two previously scheduled ports. There are no suspected or confirmed cases of coronavirus on board.

The cruise liner was scheduled to dock in French Polynesia, Fiji, New Zealand, and Australia. But after being turned away, the ship is headed to American Samoa to refuel, the Guardian reported. “We are actively working to find an alternative port and are communicating with guests regularly as we have further information,” the cruise line said in a statement to CNN. “Voyages that are underway will conclude and guests will be disembarked as soon as possible and assisted with travel arrangements.”

The Pacific Princess embarked on its 111-day voyage with uncertainty

The Pacific Princess embarked on a 111-day voyage around the world beginning in January. But with ports now closing around the world amid coronavirus fears, the ship’s trajectory remains uncertain.

According to a passenger named CJ Hayden, the ship last docked in Exmouth, Western Australia on March 3 – since then it’s been refused entry at several previously scheduled ports, including Indonesia, Singapore, Thailand, and Sri Lanka.

“We were allowed to dock at a commercial port for fuel, food, and water but no one could get on or off. Their workers and ours wore masks and stayed apart,” Hayden told CNN.

Princess Cruises announced on March 12 it would pause its global operations for 60 days. “Current voyages that are underway and extend beyond March 17 will be ended at the most convenient location for guests, factoring in operational requirements,” read a statement on Princess Cruises website.

After the Pacific Princess was denied entry at Seychelles and abandoned plans to go to Zanzibar, the cruise liner set sail for Fremantle, Australia. However, Australia closed its ports to cruise ships in the hopes of curbing coronavirus infection, now its next move remains uncertain.

Three passengers on board the Costa Luminosa were disembarked in Spain’s Canary Islands after displaying respiratory problems, the Miami Herald reported. Although Spain banned all cruises from its ports on March 12, the health department made exceptions for the three Costa passengers.

The Costa Luminosa, which is owned by the Carnival Corporation, has had three guests diagnosed with COVID-19. A 68-year-old Italian man was evacuated from the ship in the Cayman Islands following a stroke on February 29 – before he passed away, the man tested positive for the coronavirus. A married couple were disembarked from the cruise liner on March 8 in Puerto Rico to be hospitalized – the elderly couple both tested positive for the virus, the Wall Street Journal reported. 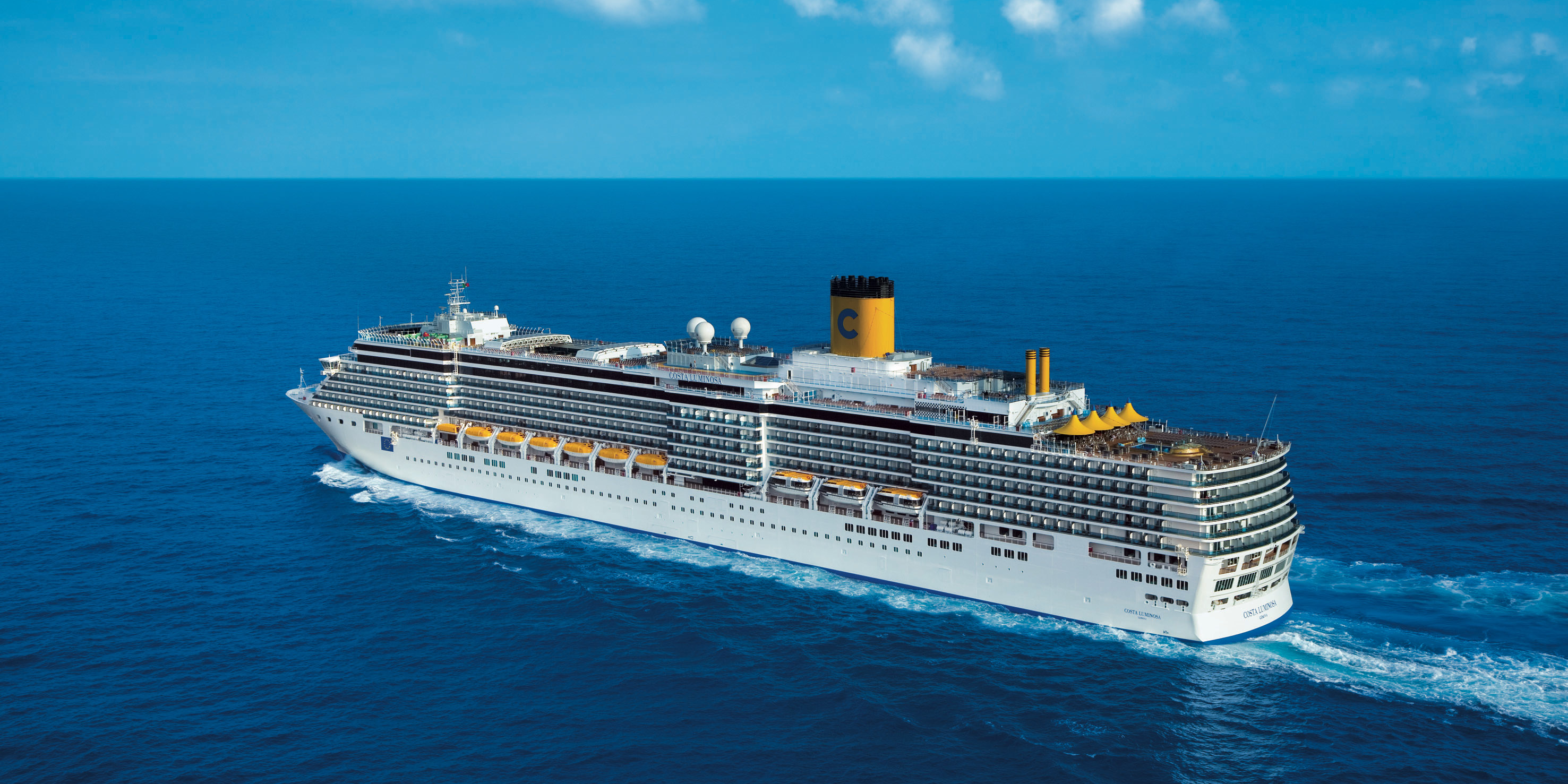 The Carnival ship is expected to arrive in Marseilles, France, on March 19. Since Sunday evening, the passengers have been ordered to remain in their cabins for the remainder of the journey.

“The protection of the health and safety of passengers and crew members is a top priority for Costa Cruises,” the company said in a statement to Miami Herald.

The Celebrity Eclipse will embark on a 10-day journey to San Diego after being turned away from a port in Chile on Sunday.

It’s been left with nowhere to go since the Chilean port banned cruise ships from entering its ports. The cruise ship attempted to dock after its parent company Celebrity Cruises announced it would be suspending all cruising operations globally on Saturday due to coronavirus-related travel restrictions. 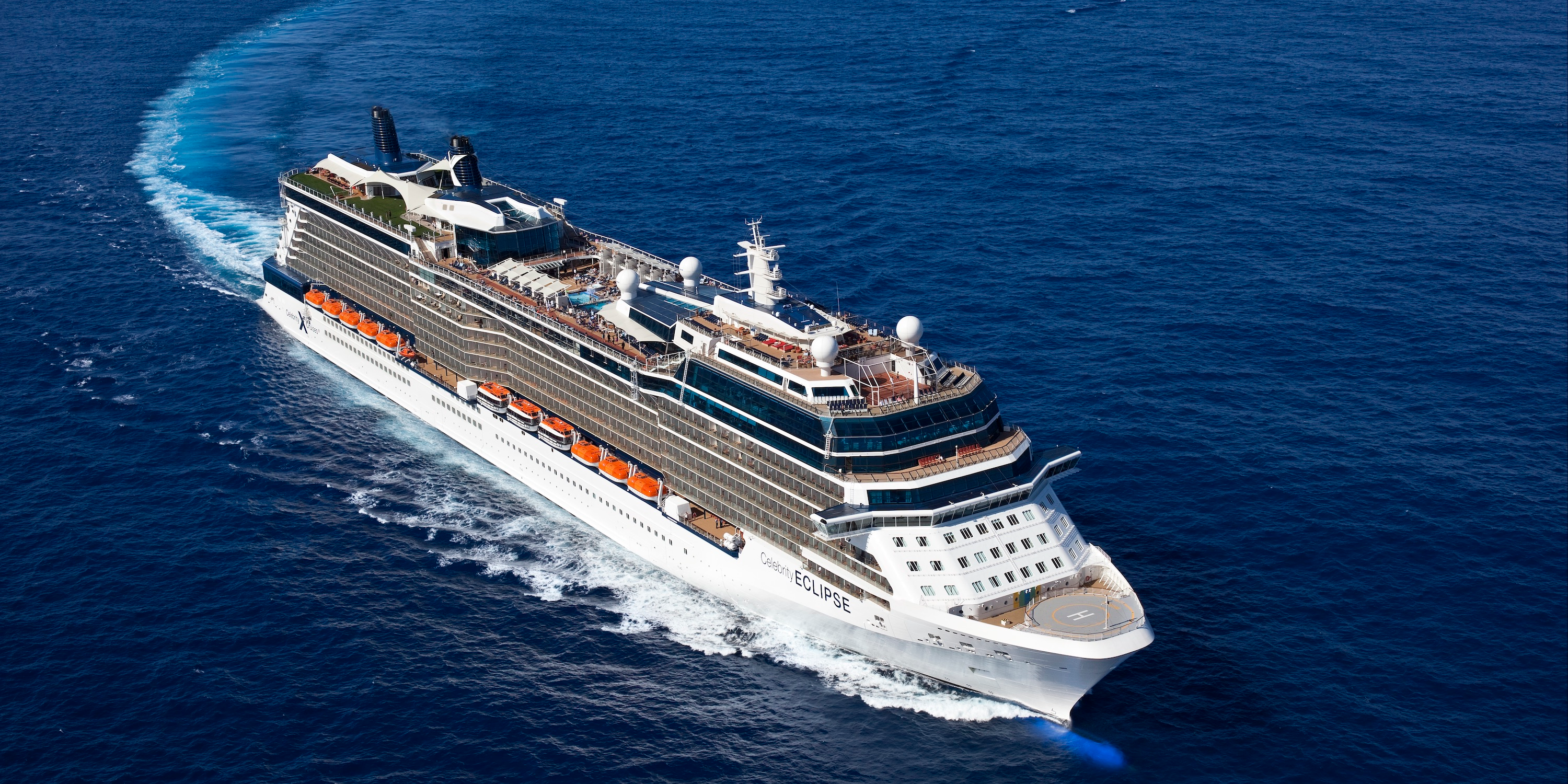 After the Celebrity Eclipse was denied entry at the port in San Antonio, Chile, the cruise lining company attempted to work with the Chilean government to allow the cruise liner with a capacity of nearly 3,000 to enter.

Although none of the passengers onboard appeared to be sick, the ship was still turned away forcing the cruise liner was forced to change its course, BuzzFeed reported.