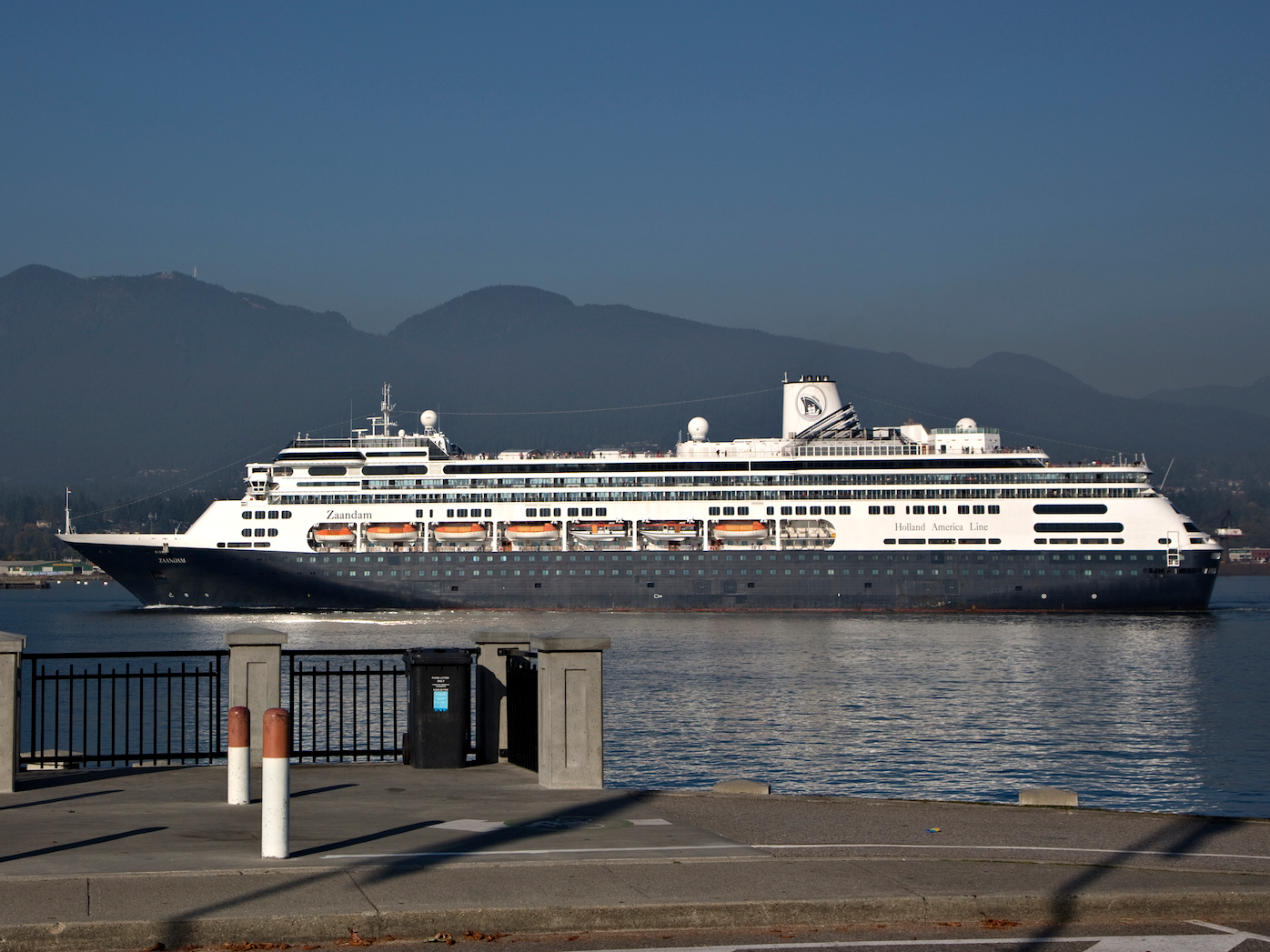 Andy Clark/Reuters‘We’re now on a mystery cruise because we have no idea where we’re going,’ one American passenger told Business Insider.

A St. Patrick’s Day celebration broke out in the piano lounge of the MS Zaandam, as the Holland America cruise ship drifted along on its uncertain course. The bar’s French piano player broke out the handful of Irish tunes he knew offhand while guests clinked glasses of Guinness and shared worries about their loved ones enduring the coronavirus pandemic back at home. Chile had just blocked Zaandam passengers from disembarking, over concerns of a coronavirus outbreak. But there were still reasons to cheer. A mandatory ship-wide temperature-check failed to uncover any signs of fever – a tell-tale symptom of COVID-19.

The cruise ship’s future remains unclear, and passengers and crew members alike are not sure where or when they will be able to disembark. The situation on board the Zaandam latest instance of the havoc that the COVID-19 outbreak has wrought on the cruise ship industry. Six passengers died after getting caught up in the coronavirus outbreak onboard the Diamond Princess ship in February. A majority of the guests released from the Grand Princess declined to be tested for the disease after a lengthy quarantine.

Like Princess Cruises, Holland America is a subsidiary of cruise industry giant Carnival Corporation. On March 17, the line suspended its global operations for 30 days, citing “port closures and travel restrictions.” No Holland America passengers or crew members have tested positive for COVID-19.

“From there the ship will head north, and Holland America Line is currently working on finalising the details for the best place for guests to disembark as soon as possible and return home,” the spokesperson told Business Insider in a statement. “We will share more information as it is known.”

“Zaandam is not in quarantine and there are no known or suspected cases of COVID-19 among the 842 guests and 542 crew on board,” the spokesperson added.

But the pandemic has even led to the un-mooring of outbreak-free cruise ships, where no indications of an outbreak have been detected so far. The story of passengers on board the Holland America ship give a glimpse into what it’s like to be trapped on an aimless “mystery cruise” during an international pandemic.

‘Such an abrupt end’

Cruise ships are currently clogging Port Tampa Bay, according to the The Tampa Bay Times. CNN listed a fleet of stranded vessels, from lines like Royal Caribbean, Princess Cruises, Norwegian Cruise Line, and Costa Cruises. According to the Guardian, thousands of Australian citizens have been left stuck abroad after departing on cruise ships during the pandemic.

The Zaandam is now anchored off of Valparaiso, Chile, where it is taking on fuel and provisions. A Holland America spokesperson told Business Insider that the ship will set sail again around noon on March 21.

An American passenger on board the Zaandam spoke with Business Insider, but asked to go by his first name Chuck over privacy concerns.

“We’re now on a mystery cruise because we have no idea where we’re going,” he told Business Insider.

“Prior to Holland America Line’s announcement on March 13 suspending all global cruise operations for 30 days, Zaandam was sailing a 14-day South America voyage that departed Buenos Aires on March 7 and was scheduled to end in San Antonio on March 21,” a Holland America spokesperson told Business Insider.

The spokesperson added: “We sincerely thank our guests and their loved ones for their continued patience and understanding during this unprecedented situation. The health and safety of our guests and crew is one of our highest priorities.” 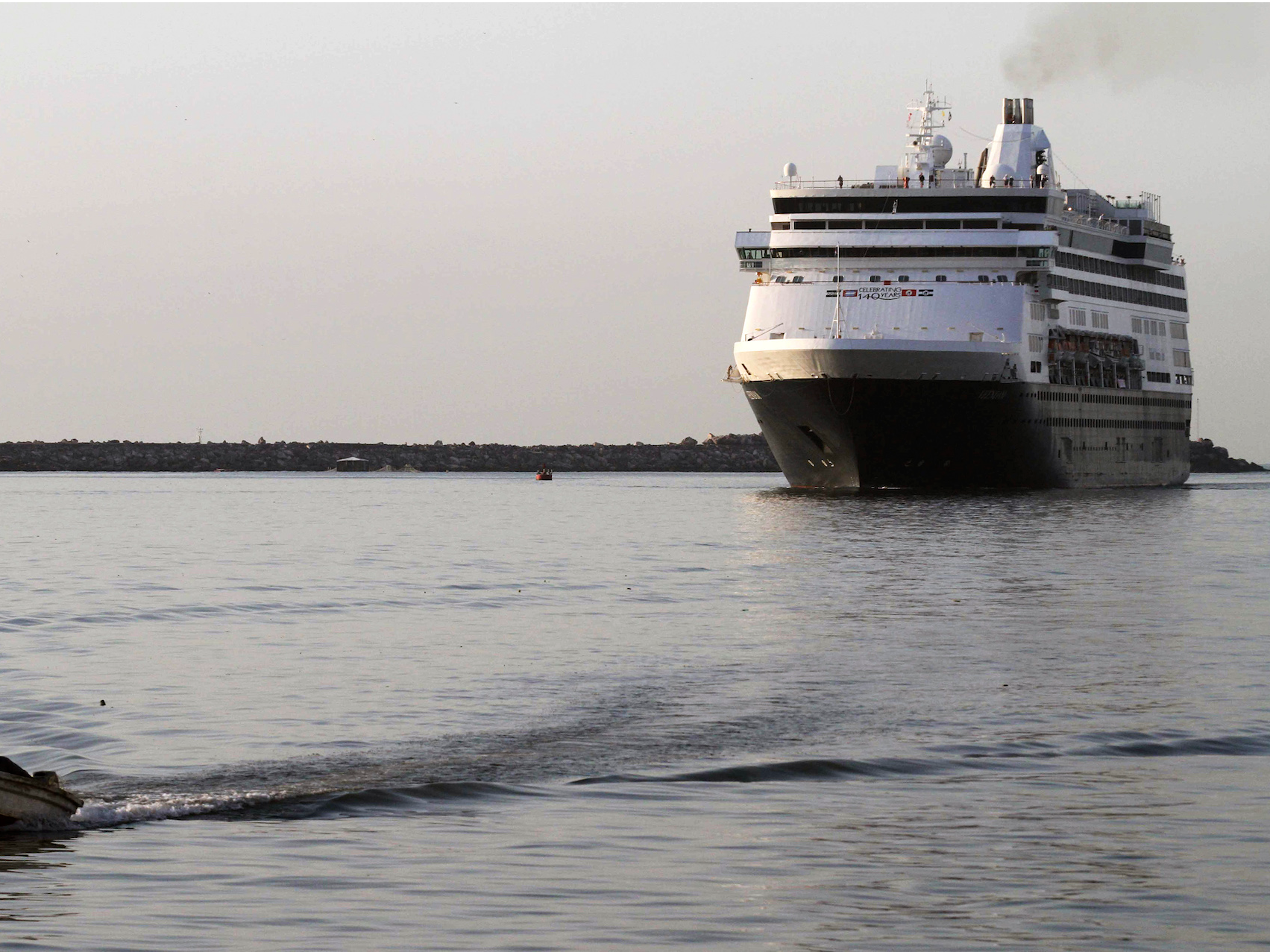 Sailing around Cape Horn and cutting through the Panama Canal were both on the itinerary for passengers, along with a number of day trips at ports throughout South America. After making stops in Montevideo, Uruguay and the Falkland Islands, the cruise was cancelled on March 15. Passengers received a letter apologizing for the situation; “We are very sorry to inform you that our current sailing will now terminate in Punta Arenas, where we have arrived today.”

“We are sincerely sorry that your voyage has come to such an abrupt end,” the letter read. “If you have cruised with Holland America Line before you know this is absolutely not how we endeavour to treat our guests or have their cruise experience go.”

The March 15 letter cited “challenges maintaining scheduled itinerary in light of rapidly changing restrictions limited to COVID-19” as the reason for the cancellation. The Zaandam crew would work with Chile in order to arrange a disembarkation on March 21, and would remain in the port to accommodate guests unable to catch an immediate flight. The American passenger who spoke with Business Insider said he was especially upset about the lack of assistance for guests who booked travel arrangements independent of Holland America. The March 15 letter advised that passengers who’d signed up for the line’s Flight Ease program would have their “homeward flights rebooked to depart from Punta Arenas at our expense.”

‘That really put me off’

But those with independent travel arrangements were simply advised to “work with your carrier” to book travel from Presidente Carlos Ibanez International Airport for no earlier than 1 p.m on March 16. All guests were offered complimentary transfers from the ship to the airport on a travel plan questionnaire posted in each room. The passenger said he was advised to file an insurance claim.

Chuck said that, while he appreciated how “forthcoming” ship Captain Ane Jan Smit has been throughout the cruise, he was upset by Holland America’s treatment of passengers who booked their flights independently. He said that attempting to fly back home from Chile would have cost his party around $US8,000

“That really put me off,” Chuck said. “I was anticipating they would say, ‘Where’s your final destination?’ And they were going to take care of this. But instead it was, ‘Figure your own way home and then file your claim with the insurance company.” 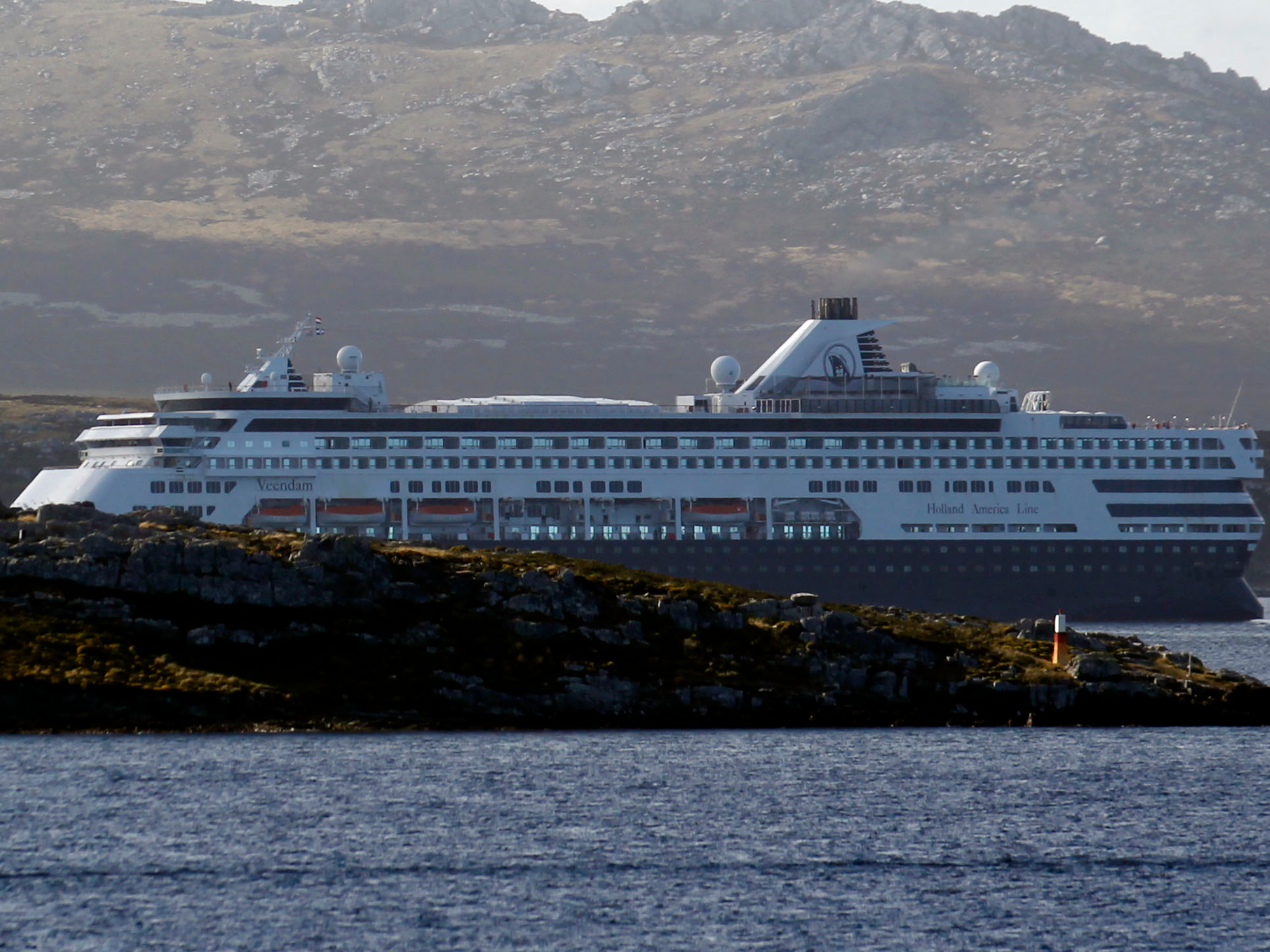 However, the Zaandam passengers were ultimately not allowed into Chile. A March 16 letter sent to guests announced that the country had “entered a higher phase of their coronavirus outbreak, and their officials have decided to close all borders by air, land, and sea, as well as their airspace, within the next 48 hours.”

The letter said that the Zaandam crew “had put pressure on the authorities to allow disembarkation within the next two days, however, they are not allowing us to do this without remaining outside the city for at least 14 days.”

On March 15, when there was still a possibility that passengers would disembark in Chile, all Zaandam passengers went through a health check. Guests were called into the ship’s main theatre by deck. Crew members had collected each passenger’s passport when they first boarded in Buenos Aires, and individually called down guests who failed to

“They just took our temperatures and everybody had to fill out a form,” Chuck told Business Insider. So far, he said there have been no indications that anyone on board has had a fever.

Now aboard a cruise with no end in sight, Chuck said that the mood on the ship is relatively calm. With the ship heading north, he expressed concerns for passengers not from the United States, like the citizens of Britain, Australia, Canada, and France he met onboard.

“We don’t know how they would get back home from the States,” he said. ‘It would work out for us. But, I’m not really sure what they’re going to do.”

He said guests often seem to be more worried about family back home, since everyone on board appears to be “healthy.” A Holland America spokesperson told Business Insider that “complimentary internet and phone service” have been provided to all guests, so they are not completely cut off from the outside world. And passengers find ways to amuse themselves at sea, like observing the cruise ship’s latest delivery of booze.

“On a lighter note, they are loading cases of Corona beer on board,” Chuck wrote in a text to Business Insider.

Zaandam will make a service call on March 20 in Valparaiso, Chile, for fuel and provisioning. The ship is planning to depart on March 21 about noon. From there the ship will head north, and Holland America Line is currently working on finalising the details for the best place for guests to disembark as soon as possible and return home. We will share more information as it is known. Complimentary internet and phone service has been provided for all guests to communicate with their families.

We sincerely thank our guests and their loved ones for their continued patience and understanding during this unprecedented situation. The health and safety of our guests and crew is one of our highest priorities.

Zaandam is not in quarantine and there are no known or suspected cases of COVID-19 among the 842 guests and 542 crew on board.

Prior to Holland America Line’s announcement on March 13 suspending all global cruise operations for 30 days, Zaandam was sailing a 14-day South America voyage that departed Buenos Aires on March 7 and was scheduled to end in San Antonio on March 21.

Are you a cruise ship passenger or employee with a story to share? Email [email protected]