Less than 24 hours after a report laid bare the extent of Crown’s failures, two scalps have already been claimed.

Directors Guy Jalland and Michale Johnson have both resigned on Wednesday, according to a announcement made to the ASX during Crown’s trading halt.

The two James Packer lieutenants were both singled out, among others, in the Gerrin report that found Packer’s influence over Crown had “disastrous consequences for the company”.

Johnson in particular received a big serve for putting the interests of Packer and his private company Consolidated Press Holdings (CPH) above those of Crown, despite being a director of the company.

Similarly, Jalland was caught up in a similar conflict revolving the sale of Packer’s Crown holding to Melco. The inquiry found that Jalland was informing Johnson on the progress of negotiations and prices, information which Johnson wasn’t passing onto CEO Ken Barton.

At the same time Johnson held a number of director roles — including at CPH, as the sole director of CPH Crown Holdings, as well as his position on the Crown board — that the inquiry proposed posed a clear conflict of interest.

In a move to completely sever Packer, who retains a 37% stake in Crown, from the board, a third and final Packer representative John Poynton will end his “consultancy” role with CPH. Poynton will attempt to remain on the board however.

The departure of Johnson and Jalland from the board, and the severing of ties with Poynton now essentially ends Packer’s grip on the entertainment company. Packer himself resigned from the board back in 2018.

It comes as Crown figures out how to rebuild in order to satisfy the Independent Liquor & Gaming Authority (ILGA) and finally open its Barangaroo Casino.

“The issue of CPH’s representation on the Crown board, and future communications between those representatives and CPH, were potentially complex matters for ILGA and Crown to resolve,” a CPH spokesperson said.

“The steps announced today take them off the table, giving Crown’s board clear air to work with ILGA in the execution of its announced reform agenda, and become a model casino operator. CPH supports these efforts.”

ILGA chair Philip Crawford called the resignations “a big step”, as he said Crown “needs a lot to change”. 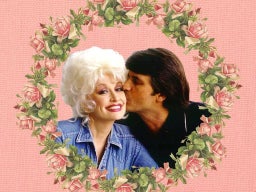