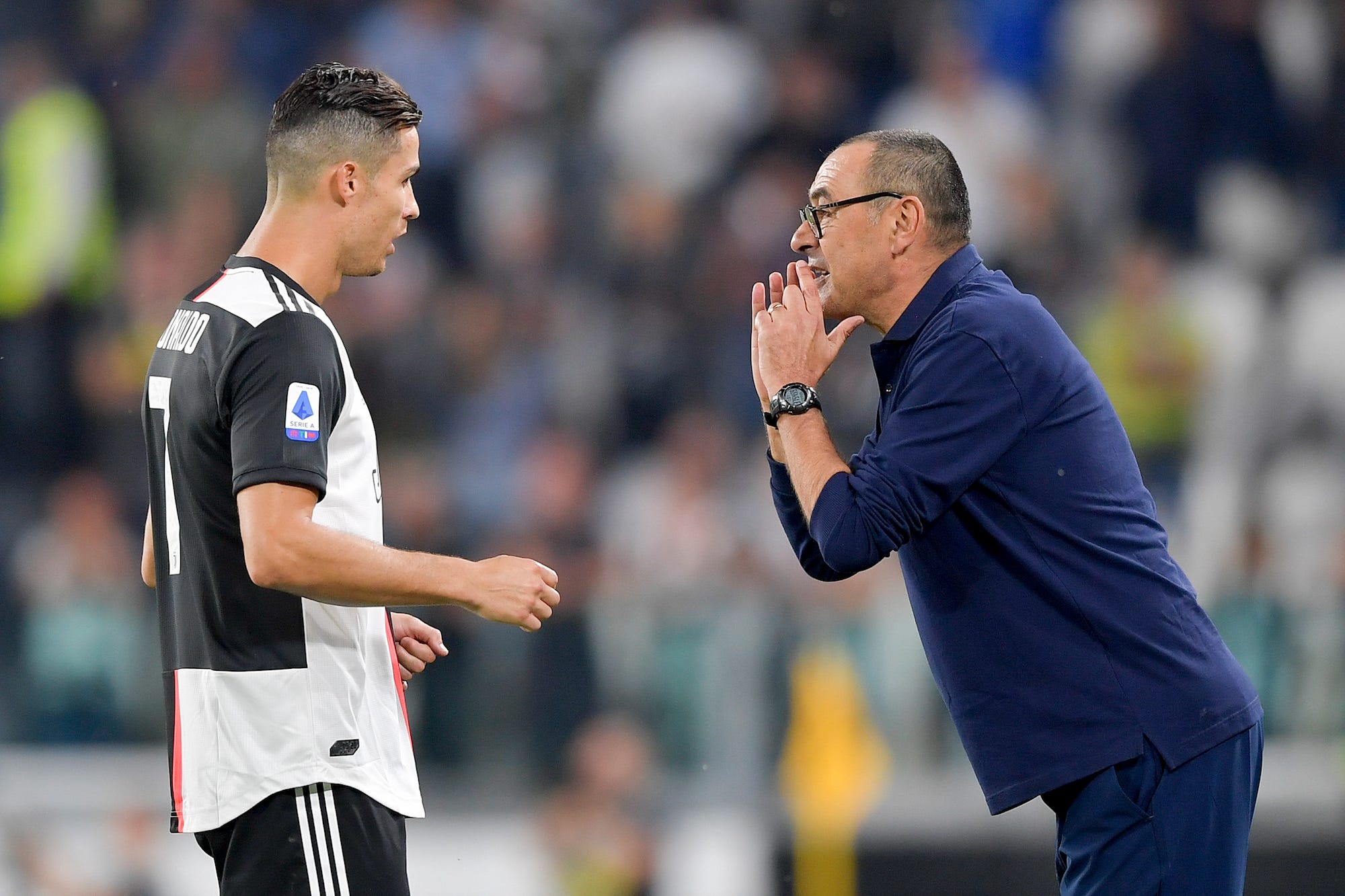 The Portuguese forward has struggled since the return of Italian football, missing a penalty in the Coppa Italia semifinal against AC Milan before failing to make an impact against Napoli in the final, which Juventus lost on penalties.

After the final last Wednesday, which saw Napoli win its first major trophy in six years, Ronaldo was voted as the worst player on the pitch by Gazzetta dello Sport, according to Goal.

The former Juventus forward Luca Toni also slammed the 35-year-old forward, saying on Rai Sport, as per Goal: “At the moment, Ronaldo struggles to even beat his man.”

Aveiro however leaped to her brother’s defence, blaming Sarri and his tactics for Ronaldo’s recent performances.

“What more can you do? My love, you can’t do miracles on your own,” she wrote on Instagram after the defeat to Napoli. “I can’t understand how you can play like that. Anyway, keep your head up, you can’t do anymore.”

Sarri, who took over as Juventus coach last summer, has come under criticism before for his unique style of football, which is commonly referred to as “Sarriball.”

Sarriball is, in its most basic format, a high possession and high press style of play that relies heavily on quick interchanges between players in the final third.

In November, Sarri, who has formerly managed Napoli and Chelsea FC, said he had been made to feel like a terrorist for his tactics.

“I was defined as a Taliban because I always wanted to play my football, now it’s not good enough because I adapt to the different characteristics of my players,” Sarri said, according to Goal.

“If I had to listen to or read the things that are said about Juventus, I would go crazy. I just get on with my work.

“I would like to see the most consistent team and certain attitudes, but we must take into consideration the different characteristics of our players.”

Juventus is currently top of Serie A by just one point with 12 matches to play, while Ronaldo is the club’s top scorer, having hit 23 goals in all competitions.

Sarri’s side take Bologna on Monday in its first Serie A match since play was halted in March due to the coronavirus pandemic.

Insider’s Serie A Team of the Season, excluding Cristiano Ronaldo, but including two Chelsea FC rejects, and a tattooed smoker known as the ‘Ninja’

Cristiano Ronaldo became the 3rd athlete ever, and the only soccer star, to earn $US1 billion while still playing