Much of the debate in Senate Judiciary Committee hearings on gun violence today revolved around the effectiveness of instituting more stringent background checks. Former Rep. Gabby Giffords and her husband, Mark Kelly, argued that it would be an important step to reduce future gun violence, while NRA CEO Wayne LaPierre dismissed them as a “waste of police resources.”But in Congress and among the public, background checks are becoming less contentious. And it appears that stricter background checks might be the biggest piece of new gun legislation advanced on Capitol Hill in the next few months.

Background checks are often cast aside as a complement to an assault weapons ban in the debate over gun control, but statistics show that they could be more effective at curbing gun violence. Studies estimate that between 14 and 22 per cent of all private sales are exempt from a background-check requirement. Particularly, the issue pops up during private sales at gun shows in what is known as the “gun-show loophole.”

Both moderate Democrats and some Republicans are warming up to the idea of stricter screening, which also has vast support among the public. Sen. Tom Coburn, a Republican from Oklahoma, said in an interview with a Tulsa TV station that he is working on background-check proposal with Sens. Chuck Schumer (D-N.Y.) and Joe Manchin (D-W. Va.). The potential legislation would mandate background checks for all buyers with limited exceptions.

Rep. Paul Ryan, the former Republican vice presidential nominee, also came on board for more background checks in a recent interview with the Milwaukee Journal Sentinel editorial board.

“I think we need to find out how to close these loopholes and do it in such a way that we don’t infringe upon people’s Second Amendment rights,” Ryan said.

Stricter background checks are the No. 1 proposal favoured by the vast majority of Americans in various gun-control polls. In fact, they are the one thing that all political parties and ideologies agree on in the debate. More than 9 in 10 Americans — including 85 per cent of NRA member households — support stricter background checks on potential gun buyers, according to a recent CBS/New York Times poll.

The NRA has shifted its stance on the topic even in the recent gun-control debate. On Jan. 17, NRA President David Keene told CBS that the association was “generally supportive” of more intensive background checks.

But LaPierre today got into a heated exchange with Illinois Sen. Dick Durbin, saying that they would only add more inconvenience to “law-abiding citizens.”

“Mr. LaPierre, that’s the point,” Durbin said. “The criminals won’t get to purchase the guns because there’ll be a background check. We’ll stop them from the original purchase — you missed that point completely. I think it’s basic.” 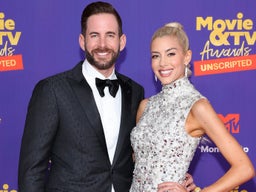 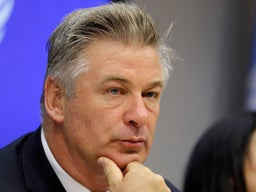