We’ve all heard the stories of people dropping out of college to work on their startups, living on their friends’ couches, or eating ramen every day for a month.

Some ambitious entrepreneurs take this to the next level, going the extra mile to make their businesses successful.

We’ll take a look at the lengths startup founders go to get their companies off the ground, from AirBnB’s wacky fundraising side business to Paypal giving away money to get initial users to join.

[slideshow]
[slide
permalink=”the-founders-of-airbnb-got-their-initial-funding-by-selling-their-own-brand-of-cereal-1″
title=”The founders of AirBnB got their initial funding by selling their own brand of cereal.”
content=”AirBnB, the service that helps people rent out their rooms to travellers, was recently valued at $1.3 billion.

Yet in its early days, angel investors were wary about investing in it. To raise money, the cofounders sold their own breakfast cereals. They purchased huge quantities of bulk cereal, pasted together cardboard boxes, and branded them as limited-edition, politics-themed cereals called Obama O’s, Cap’n McCain, and Breakfast of Change.

In two months, they sold 800 of them for $US40 each and earned more than $US30,000. Apparently, they made great sales on their Obama cereal, but had to eat the McCain cereal to stay alive.”
image=”http://static.businessinsider.com/image/53bc0f1e69beddb71f5147be”
caption=”Obama O’s were sold with the motto ‘A Breakfast of Change.'”
credit_href=”https://www.airbnb.com/obamaos”
]
[slide
permalink=”the-founders-of-reddit-created-tons-of-fake-accounts-2″
title=”The founders of Reddit created tons of fake accounts.”
content=”Reddit, known as the ‘Front Page of the Internet,’ is a site based on user-generated news links. In 2013, it had 731 million unique visitors.

But when it launched in 2005, it had so few visitors that the cofounders operated multiple fake user accounts and responded to themselves to give the semblance of traffic. Furthermore, since the founders owned all the fake accounts, they could build the tone and shape the discourse and direction of the site.

Their ‘fake it ’til you make it’ philosophy paid off. As the real user base grew, they were able to abandon the fake accounts.”
image=”http://static.businessinsider.com/image/53bc197069bedd00515147b5″
caption=”Cofounder Alexis Ohanian (left) with a few members of the Reddit team.”
credit_href=”http://laughingsquid.com/”
]
[slide
permalink=”the-founders-of-warby-parker-bought-an-old-yellow-school-bus-and-traveled-across-the-country-3″
title=”The founders of Warby Parker bought an old yellow school bus and traveled across the country.”
content=”Warby Parker, a brand that sells designer eyewear at a lower cost, started when one of the cofounders, Dave Gilboa, lost his $US700 glasses on a backpacking trip and couldn’t afford to replace them.

To attract media attention early on, the team bought an old yellow school bus, traveled across the U.S., and created a mobile store called The Warby Parker Class Trip. Since they knew half of their traffic was from word of mouth, they wanted to make strong impressions in person.

But when the company first started out, the founders paid new users $US10 to join, and even more money for referring their friends. It operated at a huge loss to get traffic, but it paid off when they hit 1 million users in just over a year of existence.”
image=”http://static.businessinsider.com/image/53bc19de69bedd02515147ba”
caption=”Cofounder Peter Thiel was one of the brains behind Paypal’s idea of borderless currency.”
credit_href=””
]
[slide
permalink=”the-founder-of-the-muse-was-banned-from-gmail-for-spamming-potential-customers-5″
title=”The founder of The Muse was banned from Gmail for spamming potential customers.”
content=”The Muse, a site that offers career advice and job opportunities, now features major companies like Facebook and McKinsey & Co.

In the days when nobody had heard about it, cofounder Kathryn Minshew knew word of mouth would be critical. She says, ‘We didn’t have a penny to spend to jumpstart the process, so I decided to email my network and ask them to spread the news.’ She used Gmail to pull a list of everyone she’d ever emailed into Excel and started messaging them all — until she was interpreted as a spammer and Google shut down her email account.

This isn’t the only guerrilla growth hack she did. In order to keep The Muse financially afloat in the early days, Minshew planned their launch party for 150 people for just under $US10, including cab fare to move three heavy boxes of donated gin. She also guaranteed an employee’s salary from her personal bank account.”
image=”http://static.businessinsider.com/image/53bc1c3deab8ea6739e57a51″
caption=”Minshew speaks about her email disaster at Startup School NY.”
credit_href=””
]
[slide
permalink=”the-founder-of-instacart-used-a-six-pack-of-beer-to-get-the-attention-of-an-accelerator-partner-6″
title=”The founder of Instacart used a six-pack of beer to get the attention of an accelerator partner.”
content=”Instacart, the grocery delivery service, has now expanded to 12 cities. Although it’s known for delivering groceries extremely quickly — the fastest delivery was just under 12 minutes — founder and CEO Apoorva Mehta wasn’t always so prompt with deadlines.

Mehta applied to Y Combinator, a startup seed accelerator, two months after the deadline passed. In order to get the attention of Garry Tan, one of the YC founders, Mehta decided to send him a six-pack of beer delivered from Instacart. Half an hour later, he got a call from Tan. ‘I’m not sure if it was the beer talking, but he asked me to come to the YC headquarters the next day to meet the partners,’ Mehta recalls.

Mehta has done other crazy things for Instacart. Once, he and his staff bought every single item in a Trader Joe’s grocery store to photograph and catalogue them into the Instacart system. He says, ‘The Instacart team and personal shoppers were eating Trader Joe’s for at least two weeks after the photo shoot.'”
image=”http://static.businessinsider.com/image/53bc1c3369bedd55555147b9″
caption=”The Instacart team working in Costco.”
credit_href=””
]
[slide
permalink=”the-founder-of-pinterest-personally-wrote-to-thousands-of-users-7″
title=”The founder of Pinterest personally wrote to thousands of users.”
content=”Popular social media site Pinterest now has 70 million users worldwide.

At first, Pinterest’s community was so small that cofounder Ben Silberman personally wrote to the first 7,000 people who joined the site to ask them what they thought about it.

Today, he attributes Pinterest’s usefulness to collecting so much input and feedback from the users.”
image=”http://static.businessinsider.com/image/53bc1c236bb3f7510ffba6a0″
caption=”Pinterest wins the 5th Annual Crunchies Awards for Best New Startup.”
credit_href=””
]
[slide
permalink=”the-founder-of-salesforce-went-to-extremes-with-his-marketing-stunts-8″
title=”The founder of Salesforce went to extremes with his marketing stunts.”
content=”Salesforce, a cloud computing company, is ranked by Forbes as the most innovative company in America. Although the company is primarily recognised for its business strategy, its frontman is just as creative.

Cofounder Marc Benioff is known for his crazy marketing techniques. He hired fake protesters to disrupt their biggest rival’s conference and commandeered all the taxis at the event to deliver a 45-minute pitch about his own product. In another instance, he cancelled his keynote at the Oracle Conference and drew crowds to his own speech at a nearby restaurant.

Furthermore, Benioff once did a standup routine with a German accent during an interview and even got in trouble for featuring the Dalai Lama on a poster that said, ‘There is no software on the path to enlightenment.’ He also throws crazy parties with up to 90,000 guests, where he invites musicians like Metallica, MC Hammer, and Red Hot Chilli Peppers and business leaders like Richard Branson and Tony Robbins.”
image=”http://static.businessinsider.com/image/53bc1c116bb3f76f13fba6a1″
caption=”Marc Benioff.”
credit_href=””
]
[slide
permalink=”watsis-marketing-chief-enlisted-a-bouncer-to-ask-everyone-at-the-bar-to-vote-for-her-nonprofit-in-a-competition-9″
title=”Watsi’s marketing chief enlisted a bouncer to ask everyone at the bar to vote for her nonprofit in a competition.”
content=”Watsi, a global funding platform for medical treatments, has raised $US3 million for patients in 20 countries after only a year and half of operation.

Getting this money wasn’t easy at first. Watsi was in the running for $US10,000 from Huffington Post’s IgniteGood Impact Challenge. The team had been working at Watsi as volunteers for over a year as a part-time passion project on the side, and they couldn’t manage it without operational funding anymore. ‘We were desperate to get the money so we could grow the organisation and provide healthcare to more people,’ says marketing chief Grace Garey.

During the last hour of the competition, Watsi was neck in neck with its competitor. ‘I was about to have a heart attack seeing the money slip away,’ says Garey. ‘I was at a bar with my friends, and I started asking everyone around us to pull out their phones and vote for Watsi, including the bouncer.’ But Garey didn’t stop there — she also persuaded the bouncer to ask every single person who walked into the bar to vote as well. They won the competition by a few percentage points.”
image=”http://static.businessinsider.com/image/53bc1c06ecad04b950e57a53″
caption=”Grace Garey.”
credit_href=””
]
[slide
permalink=”now-learn-more-about-startup-success-10″
title=”Now, learn more about startup success:”
content=” 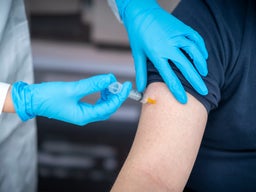 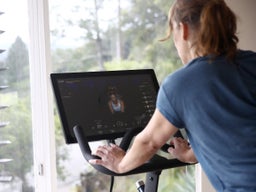