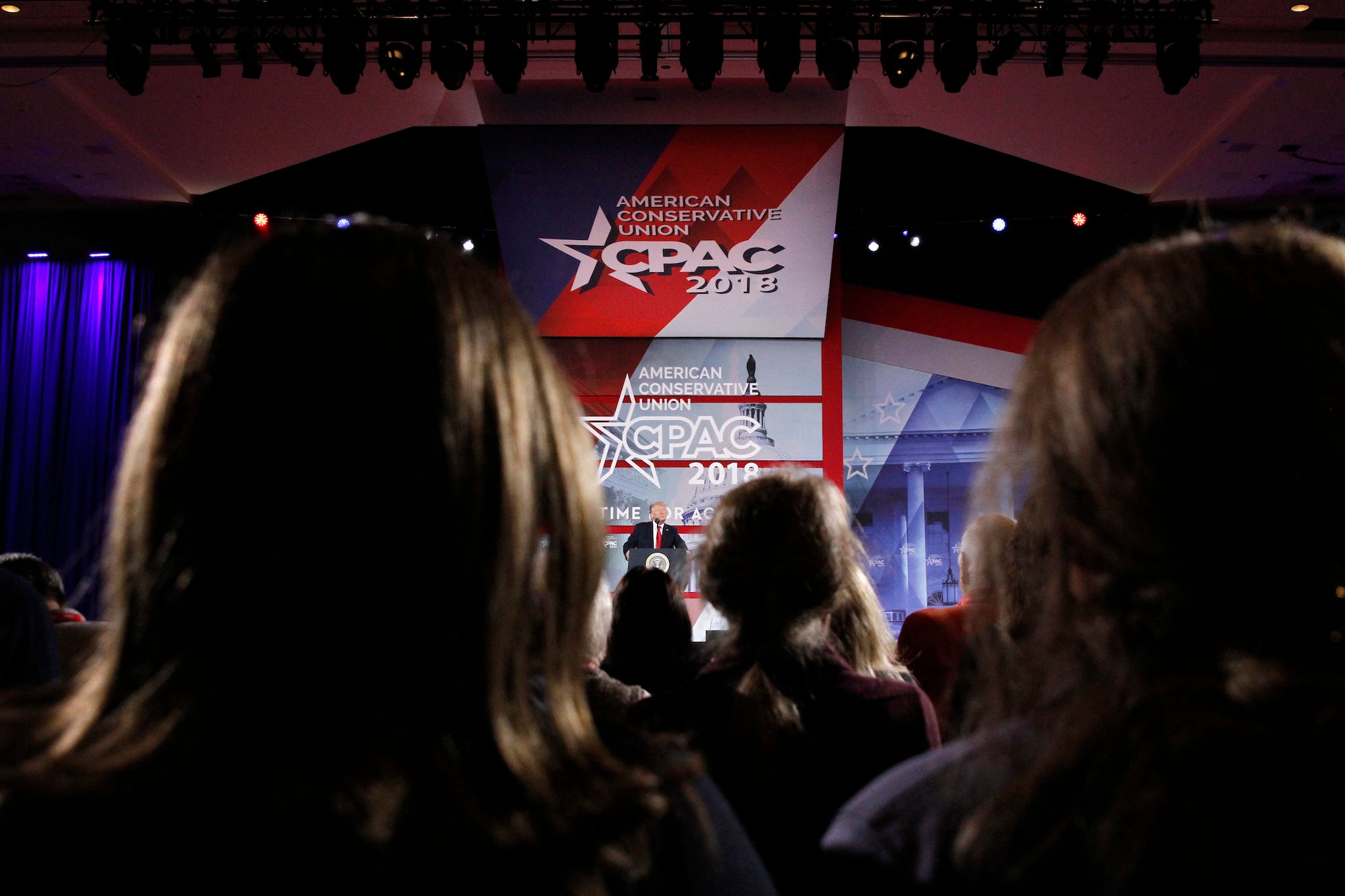 Some 19,000 people attend the yearly gathering, and this year’s line-up of speakers included President Donald Trump, Vice President Mike Pence, and a number of other top cabinet members and White House officials.

The American Conservative Union, which organised the conference from February 26 to 29, said in a statement on Saturday the attendee did not have any interaction with Trump or Pence, nor did the person attend events in the main hall.

The Washington Post reported that ACU’s chairman, Matt Schlapp, interacted with the infected person at CPAC. Though it’s unclear when the interaction occurred, The Post noted that Schlapp shook Trump’s hand on stage on the final day of the conference.

The infected attendee was exposed to the coronavirus before attending the conference, and was later diagnosed at a New Jersey hospital. The person is now under quarantine, ACU said.

The organisers said the Trump administration was “aware of the situation,” and urged attendees not to panic.

“Our children, spouses, extended family, and friends attended CPAC,” ACU said. “During this time, we need to remain calm, listen to health care professionals, and support each other.”

The conference frequently draws thousands of conservatives from across the country, including politicians, conservative icons, and media figures.

Several CPAC attendees spoke with Business Insider at the conference about their perception of the coronavirus threat, saying they believed mainstream news organisations were exaggerating the threat and that Trump had the situation under control.

Besides a nationwide testing shortage that has likely underestimated the true amount of cases in the US, Trump himself has been accused of frequently downplaying the risk the virus poses to the population.