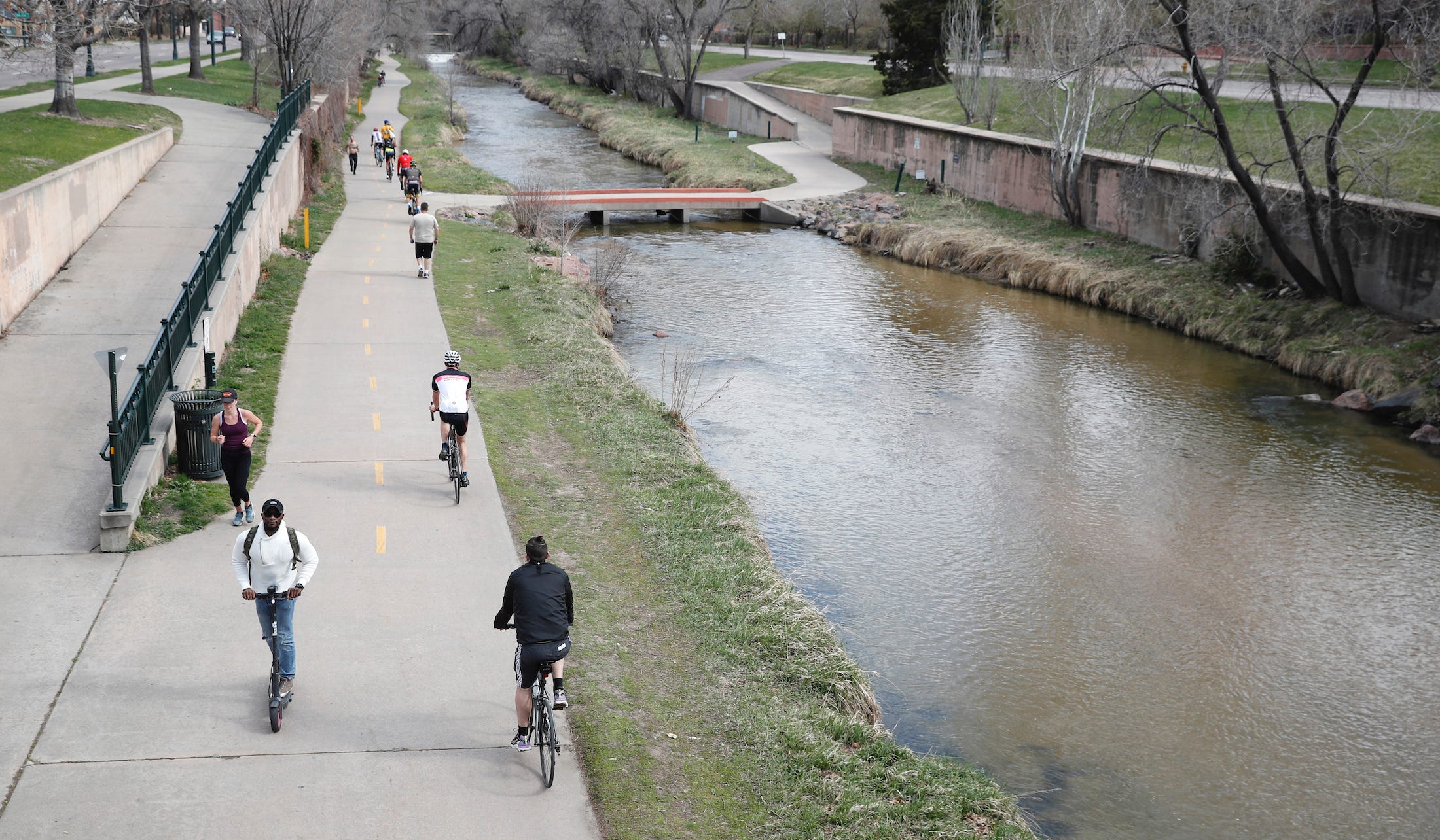 Virologist Don Milton says he isn’t going outside much these days, now that COVID-19 infections are being detected in record numbers across the US.

But he prefers to get a little fresh air as he chats with reporters, walking the streets of the Washington DC suburb where he lives, and where he says there are not many other people in sight.

“The houses are spaced a little bit apart, and there’s little parks running through the neighbourhood,” a breathless Milton told Business Insider over the phone, as he hit the pavement one recent evening. “I can be out for a walk, and not really have to worry about exposure to people and things too much.”

Milton, a doctor and environmental health professor at the University of Maryland, studies how people catch and transmit viruses. He says because there’s still a lot we don’t know about the novel coronavirus and how it’s transmitted, catching the virus from someone you may pass on the street, like a breathless runner, is “not inconceivable.”

The World Health Organisation’s hypothesis, which suggests that the coronavirus is probably not airborne, is why public health experts stress you should keep a 6-foot barrier between yourself and others, allowing enough space for a sick person’s virus particles to fall closer to the ground before they infect another person by coming in contact with their nose, eyes, or mouth.

But Milton is not convinced that we have enough evidence to say conclusively that the coronavirus is not airborne, as the WHO suggests, and that the six foot rule is enough to protect us from clouds of virus that may linger in the air.

Until more conclusive studies on COVID-19 transmission are available, Milton is being a bit more cautious than what the WHO recommends. He’s avoiding running errands as much as possible, going for walks only in places where pedestrian density is low, and staying away from the grocery store entirely.

Groceries are probably not a serious source of coronavirus transmission, but grocery shopping could be 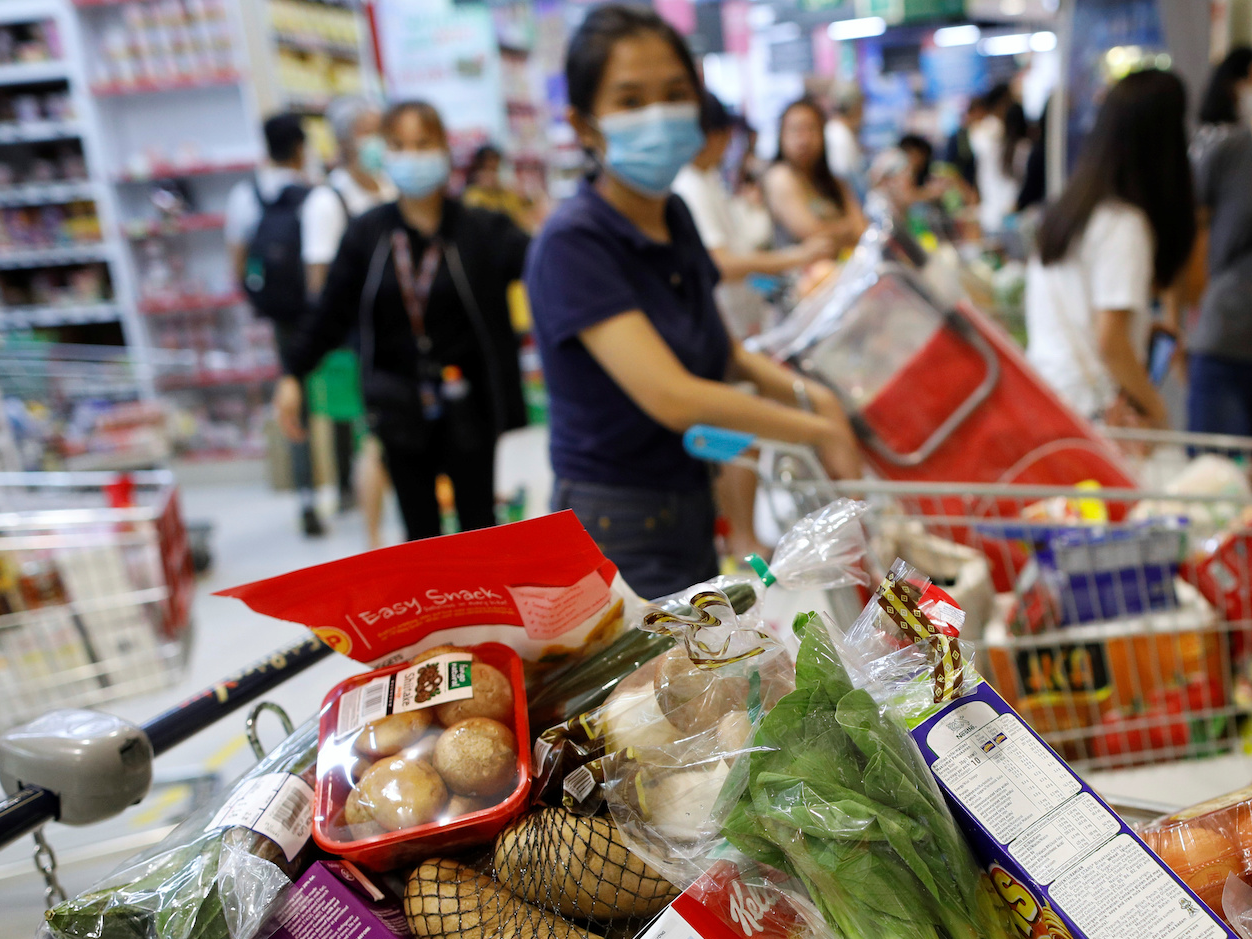 Reuters/Edgar SuA shopping cart filled with groceries in a supermarket in Singapore, April 3, 2020.

Milton, who says he’s “over 65” and therefore in one of the most vulnerable age groups for severe coronavirus illness, has been avoiding grocery shopping completely. He’s enlisting younger people to shop for him and his wife, and making sure he’s stocked up on extra frozen foods and dried goods like beans and rice in case “it gets bad.”

When bags of groceries are delivered to his home, he gives all the fresh produce a brief rinse.

“The lettuce and things that we know they had to have picked up,” Milton said. “I spray it down with half a per cent hydrogen peroxide, leave it for a minute, and rinse it off. I wouldn’t use bleach. I’d use hydrogen peroxide, as being less toxic residue.”

But even he admits this may be a bit of an extreme move, since the bulk of coronavirus infections appear to be transmitted by close contact between people – not foods or other objects.

Grocery store workers aren’t the only ones who are more exposed to the invisible threat of COVID-19.

In New York, at least 33 MTA employees, who worked on the city’s buses and subways, have died from the coronavirus so far, and more than 1,000 of their co-workers have also tested positive for the virus.

“It’s hard to social distance,” New York Governor Andrew Cuomo said last week, when you’re a bus driver or train conductor “pulling into stations across the city,” and giving rides to all the other essential workers.

Wearing DIY masks is recommended to slow the spread of infections from person to person, but it’s not a perfect solution 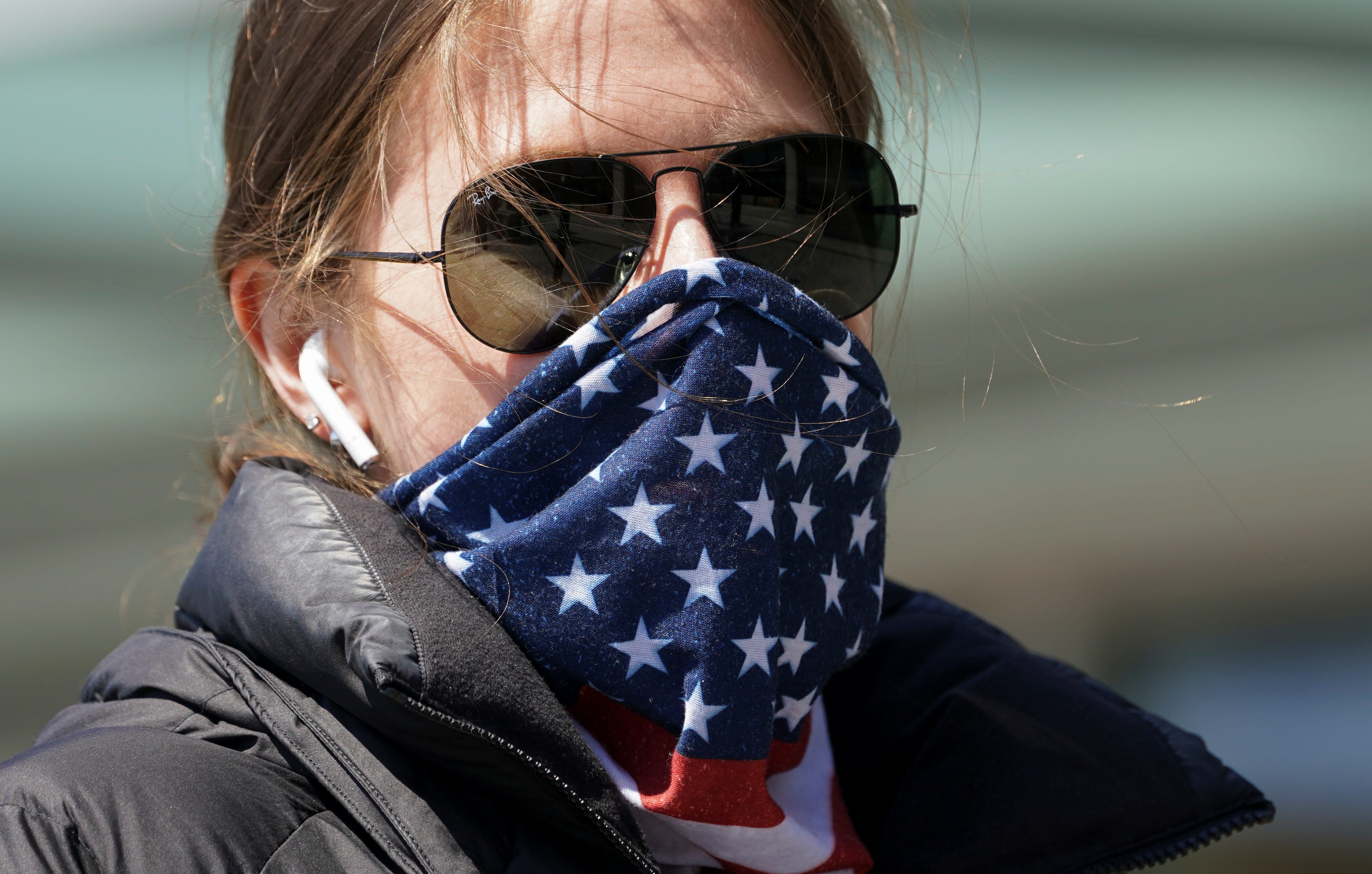 On Friday, the CDC began recommending that all Americans wear face coverings when they must venture out for essential work or errands. The CDC is suggesting people fashion their face coverings from household materials like old t-shirts or bandanas, and not buy surgical masks, which are still in desperately short supply for healthcare workers.

The hope (even though research on homemade masks is still scarce, and somewhat discouraging) is that by covering up, people might prevent more of their own undetected infections spreading to others, by trapping at least some of their own virus particles in that cloth.

It’s by no means a perfect solution, and public health experts stress that face coverings should fit snugly, be washed frequently, and taken off carefully, to avoid spreading more virus particles around.

Until we know better, Milton suggests that “more distance is better,” but that you needn’t worry yourself into complete isolation, avoiding the outside world entirely.

“There’s a jogger, just went by me on the path,” he mentioned as we neared the end of our call, speaking in a whisper. “I’m walking in his contrail here.”

Milton said despite what we don’t yet know about coronavirus transmission through the air, he’s not that worried about picking up an infection from someone who feels good enough to lace up and head outside for a jog – though there’s always the possibility the runner could be presymptomatic.

“I think the people running are probably less likely to be infectious than other people,” he said. “I dunno, just ’cause they are feeling good enough to go running.”