The new coronavirus variant spreading in the US, the UK, and elsewhere does not cause more severe illness, a major study suggests 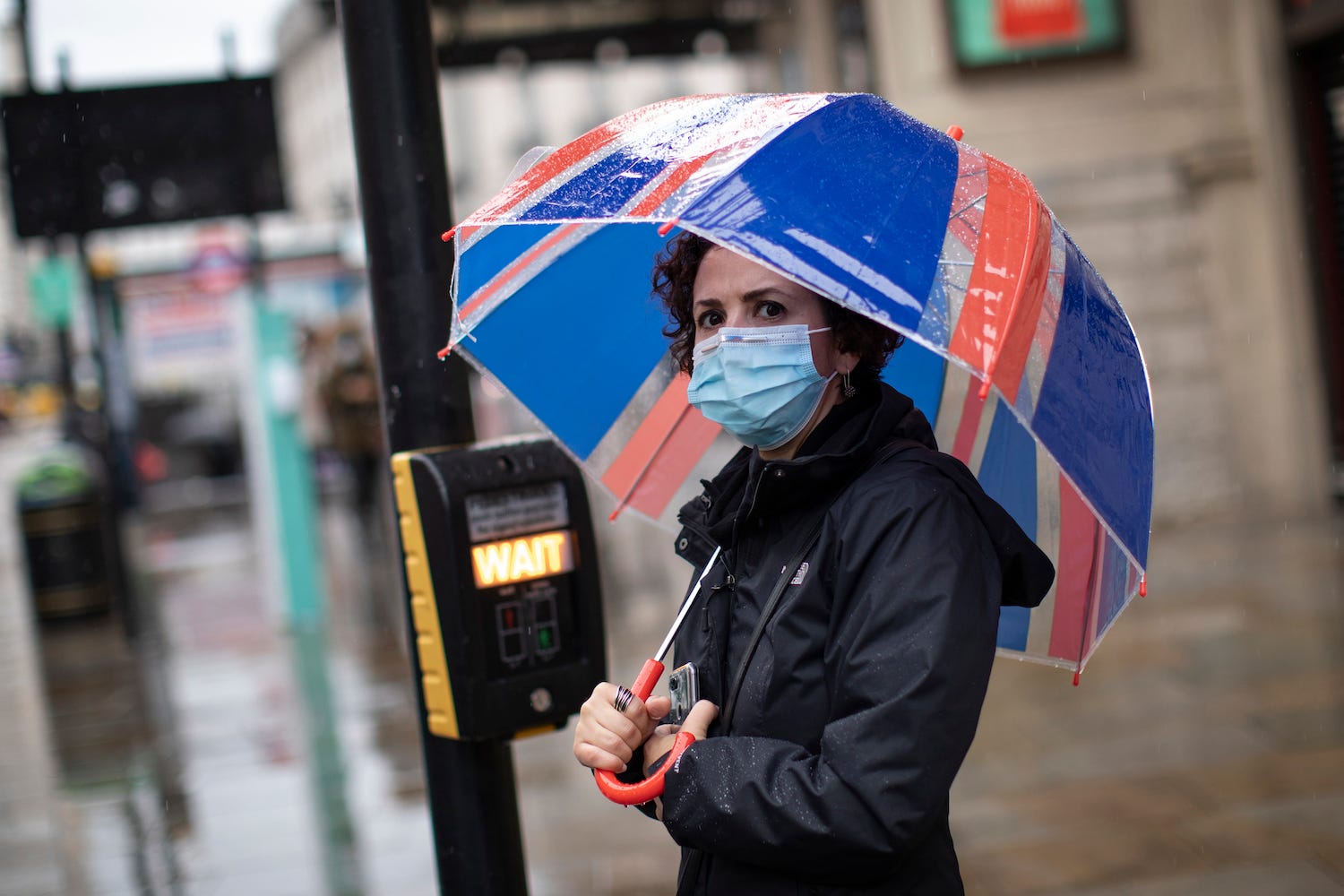 Dan Kitwood/Getty ImagesA woman at a crosswalk in London on October 15.

A major study has suggested that the new, possibly more contagious coronavirus variant that has been spreading in Europe â€” and, as of Tuesday, in Colorado â€” does not cause more severe illness or have a higher death rate.

Researchers from Public Health England, a government public-health agency, compared 1,769 people infected with the B.1.1.7 variant against 1,769 people with the original, “wild-type” virus. They found no significant differences in hospitalisation or death rates.

Susan Hopkins, the senior medical advisor to PHE, said that the research suggested the new variant “does not cause more severe disease or increased mortality” but that researchers were continuing their investigations.

The new variant was first identified in the UK in September and was responsible for a wave of new infections in December, prompting other nations to limit travel from the UK. It appears to be more infectious than the original variant of SARS-CoV-2, the coronavirus that causes the disease COVID-19. This theory was supported by the new PHE research.

The variant has since been identified in at least 18 other countries, including Germany, Sweden, France, Canada, and Japan.

On Tuesday, the US confirmed its first case of the variant, in Colorado. The infected person, a man in his 20s, had no recent history of travel outside the US, the office of Gov. Jared Polis said. The man is isolating while authorities investigate the variant’s spread.

This PHE trial was the first “matched” study of the new variant, meaning it compared two groups of subjects matched for age, sex, location, and time of testing, per the Financial Times.

Reinfection was not more likely in the variant group, the researchers said: Only two people had been reinfected within 90 days of their first infection, compared with three in the wild-type group.

Fifteen per cent of people who contact tracers identified as being in contact with somebody infected by the B.1.1.7 variant had caught it, compared with 10% of people found to have come in contact with other variants. The researchers said this supported the theory that the new variant is more contagious.