COVID-19 has dropped life expectancy in Sweden by the biggest amount since 1944, as a top official warns there is 'no signs' of herd immunity 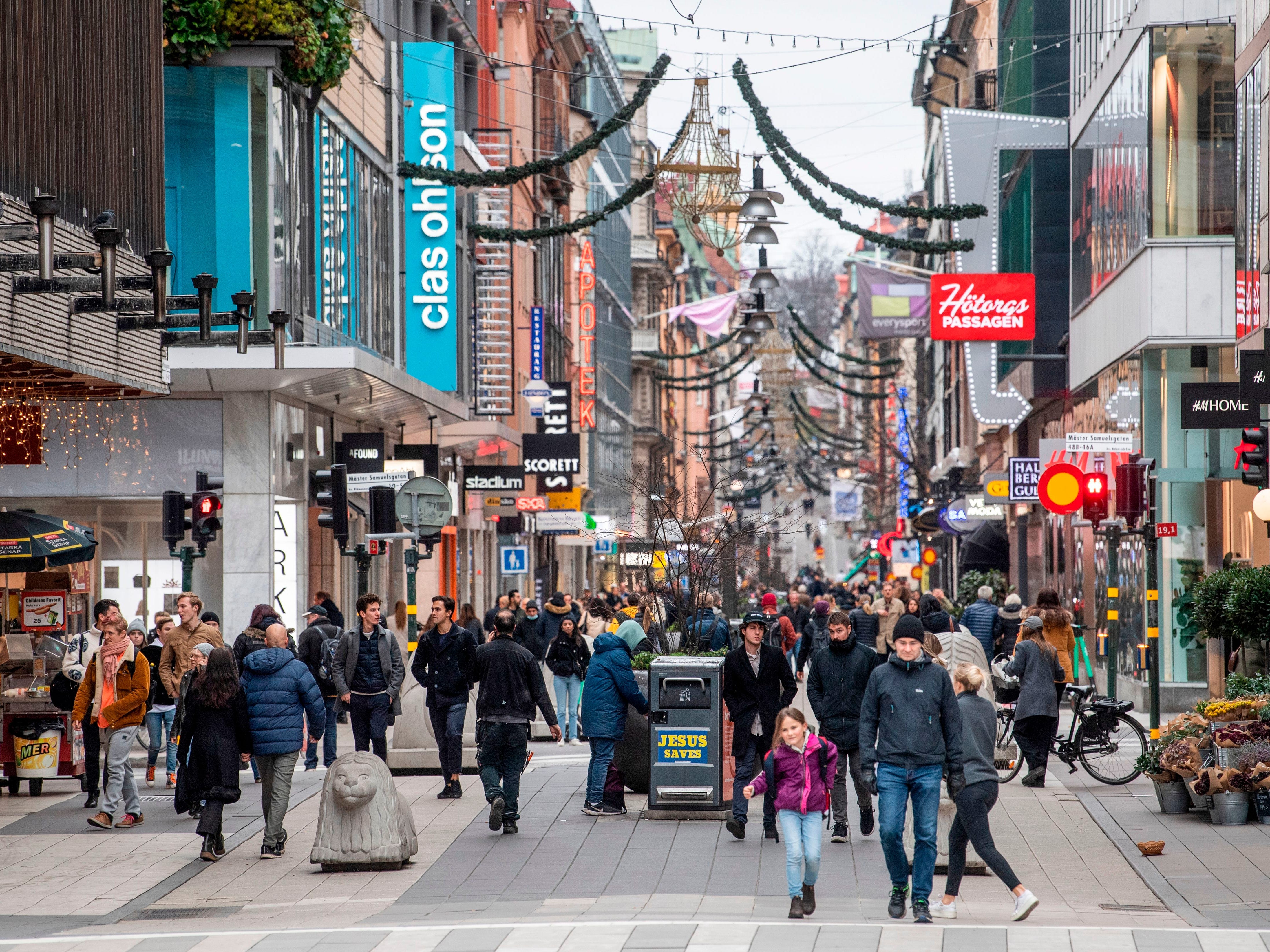 Fredrik Sandberg/TT News Agency/AFP via Getty ImagesPeople stroll at the Drottninggatan shopping street in central Stockholm on November 10, 2020. Sweden is yet to implement a national lockdown amid the pandemic.

Life expectancy in Sweden will probably fall in 2020 because of the COVID-19 pandemic, the country’s statistics agency said Wednesday.

For men, it is expected to drop from 81.3 to 80.8 years, which roughly offsets the large increase in life expectancy recorded in 2019.

Sweden has taken a more relaxed approach to the pandemic by refusing to impose a national lockdown and instead adopting voluntary social distancing.

But the country is now in the midst of a second wave with soaring COVID-19 cases, and has admitted that it was wrong to expect its no-lockdown policy would prevent another surge.

On Tuesday, the country’s top epidemiologist, Anders Tegnell, said: “We see no signs of immunity in the population that are slowing down the infection right now,” per Bloomberg.

Statistics Sweden said that life expectancy had “increased steadily” between 1900 and 2019. “The fact that it is sinking stands out.”

Its calculations were based on the Scandinavian country’s death rate between January and August. During this time period, the country recorded almost 6,500 more deaths than at the same time in 2019, an increase of around 10%.

Life expectancy could fall at an even higher rate than predicted, Statistics Sweden warned, because it predicted the death rate between September and December based on the number of deaths in the corresponding months of 2019.

This year, because of COVID-19, that death rate is expected to be significantly higher.

Life expectancy will fall at different rates in different counties, the agency said â€” and in some areas, people could even be expected to live longer. Stockholm County, which is home to the country’s capital, is expected to have the steepest drop in life expectancy of 1.2 years, data from Statistics Sweden showed.


Read more:
Drugmakers behind 3 coronavirus vaccines say they work. Here’s everything we know about the race for a vaccine and when you might be able to get a shot.

But he echoed that the Swedish government “does not believe in a total lockdown.”

Sweden has double the population of neighbouring Norway, but it has recorded roughly 20 times more coronavirus-related deaths,according to data from the World Health Organisation (WHO).

The UK has the Europe’s highest number of deaths linked to COVID-19, at just over 55,000 as of November 25, according to the WHO.