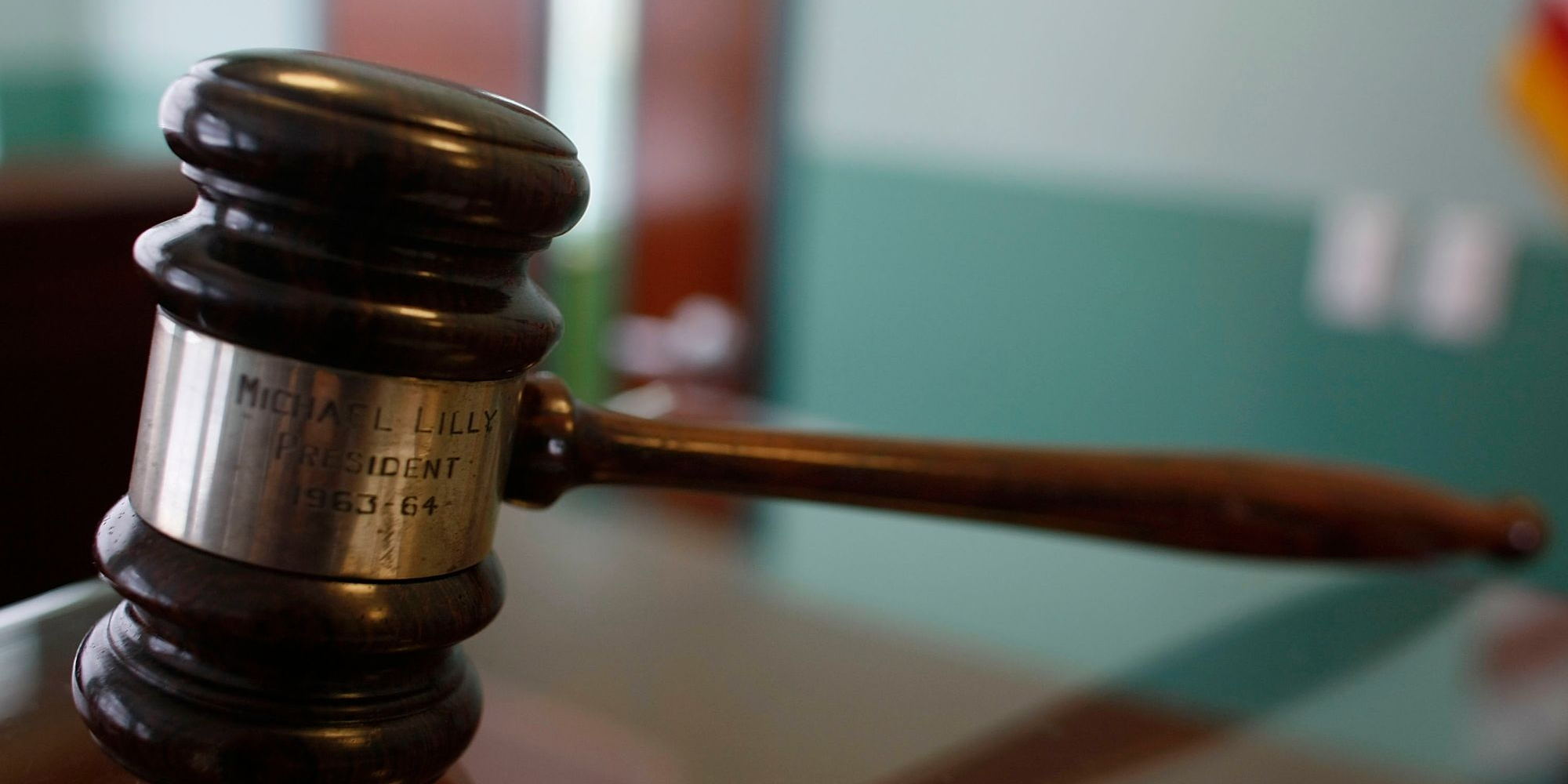 Joe Raedle/Getty ImagesA judge’s gavel rests on top of a desk in a courtroom.

The top-ranking Democrat on the Senate Judiciary Committee is calling on the US Department of Justice to immediately shutter the nation’s immigration courts, echoing calls from judges, prosecutors, and immigrant rights advocates alike.

Despite the COVID-19 outbreak, the vast majority of US immigration courts remain open; the government has postponed some cases but proceeding with hearings for detained persons.

In a March 25 letter addressed to Attorney General William Barr, Sen. Dianne Feinstein, of California, says such matters – “bond hearings for adult detainees and emergency hearings for children” – should, instead, be handled via teleconference.

“The benefit for reducing the risk to public health outweighs pressing forward with non-critical matters during this pandemic,” Feinstein added.

The DOJ needs to suspend immigration courts during the coronavirus pandemic. Health experts continue to stress social distancing, but despite these recommendations, the DOJ continues operating immigration courts around the country. For everyone’s health, this needs to stop. pic.twitter.com/dCsUEFruG2

A spokesperson for Feinstein said the senator has not yet received a response to her letter.

The Department of Justice did not immediately respond to a request for comment.

Judge Dana Leigh Marks, whose court in San Francisco remains open despite a local order to shelter in place, told Insider that little has changed since and the National Association of Immigration Judges, where she serves as president emerita, last week called for her courtroom – and all 60-plus immigration courtrooms that still remain open – to be shuttered during the coronavirus pandemic.

The Executive Office for Immigration Review, the arm of the Department of Justice that oversees the immigrant court system, has started to implement telework, Marks said, “but it is going forward at glacial speed.”

“We continue to advocate for a complete closure of all courts,” she said, “for two to four weeks, until the medical experts weigh in on what measures need to be taken to flatten the curve and protect all in our courtrooms from unnecessary medical risks.”

In the past week, suspected COVID-19 cases have caused the temporary closure of immigration courts in New York, New Jersey, and Colorado, the Associated Press reported.

According to EOIR, just six out of the 68 US immigration courts are closed right now, and one of those is opening back up on March 30.