A mutated coronavirus strain causes most new COVID-19 infections in Europe and was spread within the continent by tourists, scientists say 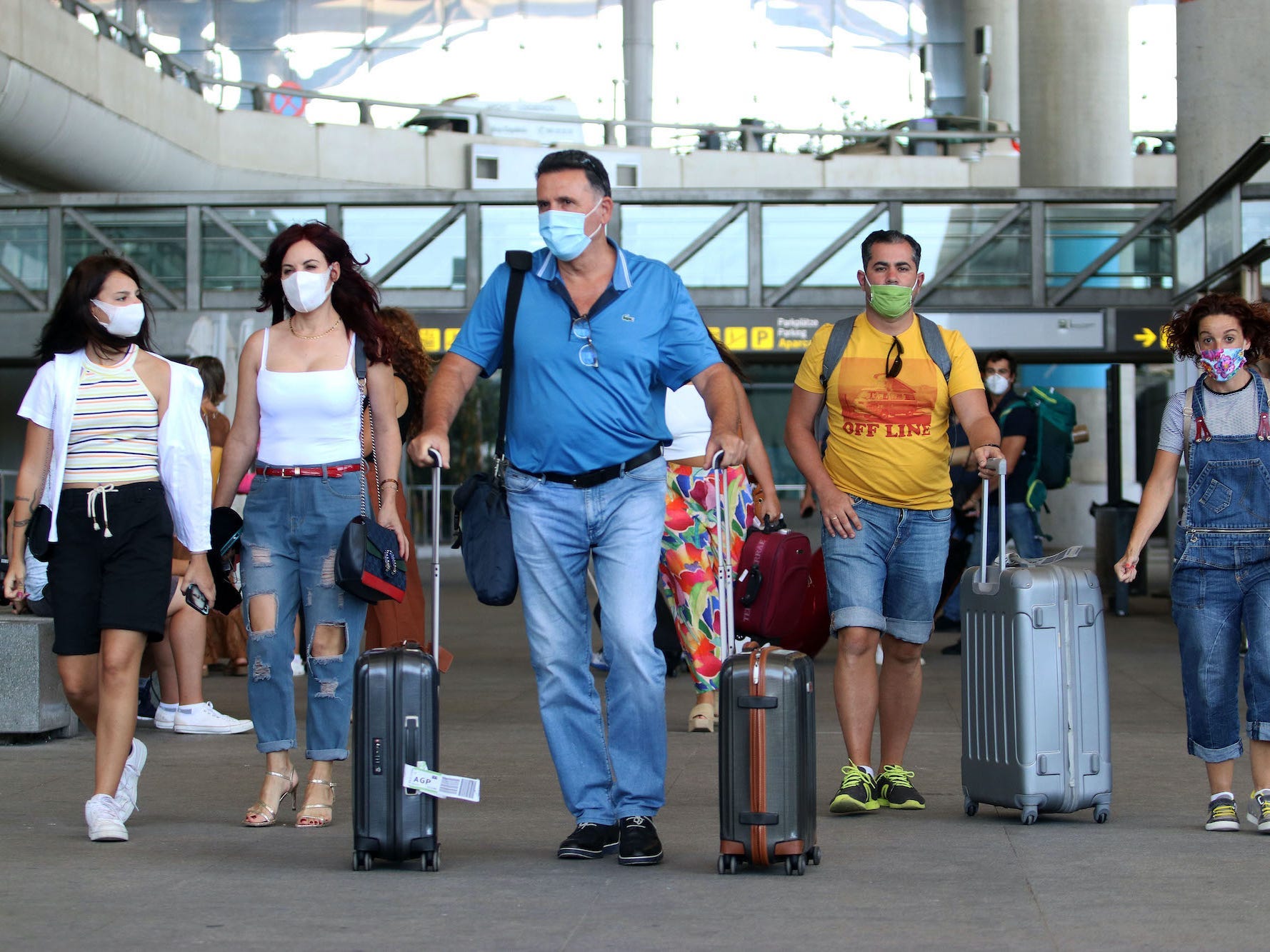 Europa Press News/Europa Press via Getty ImagesTourists and residents arriving at Pablo Ruiz Picasso Airport in Malaga, Spain, on June 22 after the borders were opened.

The majority of new COVID-19 cases in Europe stem from a mutated strain of the coronavirus that has been traced back to Spain and was spread across the continent over the summer by tourists, scientists said in a report Thursday.

The variant most likely originated in farm workers in northeastern Spain, where it was first recorded in June, they said.

The team of scientists from the University of Basel, ETH ZÃ¼rich in Basel, and SeqCOVID in Spain said a suspected “superspreader” event accounted for early proliferation of the virus, which was then spread abroad by tourists and other travellers.

By October, the variant had been identified in 12 countries across the continent, as well as in Hong Kong and New Zealand, they said.

There is no data yet to suggest this variant is more deadly, they said.

The variant of SARS-CoV-2, known as 20A.EU1, had spread to at least six European countries by late July.

Hundreds of variants of the virus are present in Europe, but few are as widespread as the 20A.EU1 cluster, the scientists said.

“This variant, 20A.EU1, and a second variant 20A.EU2 … account for the majority of recent sequences in Europe,” the scientists said.

Holidaymakers returning from Spain played a significant role in the spread of the virus across Europe, the researchers said.

More than four in five new cases of the virus in the UK have come from this variation, and the scientists linked this to about 250 individual transmissions of the virus to the country in July and August.

In comparison, analysis of viral sequences in Hong Kong suggests infections there came from just one source, and the New Zealand samples could be from as few as three separate transmissions from Europe.

The variant is mainly contained within Europe because of the lack of intercontinental travel during the pandemic, the scientists said. Authorities allowed quarantine-free travel within the continent for parts of the summer.

The rise in prevalence of 20A.EU1 across Europe “implies that the summer travel guidelines and restrictions were generally not sufficient to prevent onward transmission of introductions,” the scientists said.

The variant could be more infectious than the usual SARS-CoV-2 strain, the team added, but they said it’s “particularly difficult” to conclusively determine why the variant was spreading so quickly.

The scientists don’t know whether the variant is more severe because of a lack of data, they added. Genomic surveillance allow them to detect and track this cluster, they said, but “the absence of consistent and uniform sequencing across Europe has still limited our efforts.”

Governments should take the data into account when planning a return to travel across Europe, the researchers added.

The countries will face a one-month lockdown in which bars and restaurants will have to close again. In France, nonessential shops also aren’t allowed to remain open, while in Germany, hotels can’t host tourists, and gyms and theatres must shut.