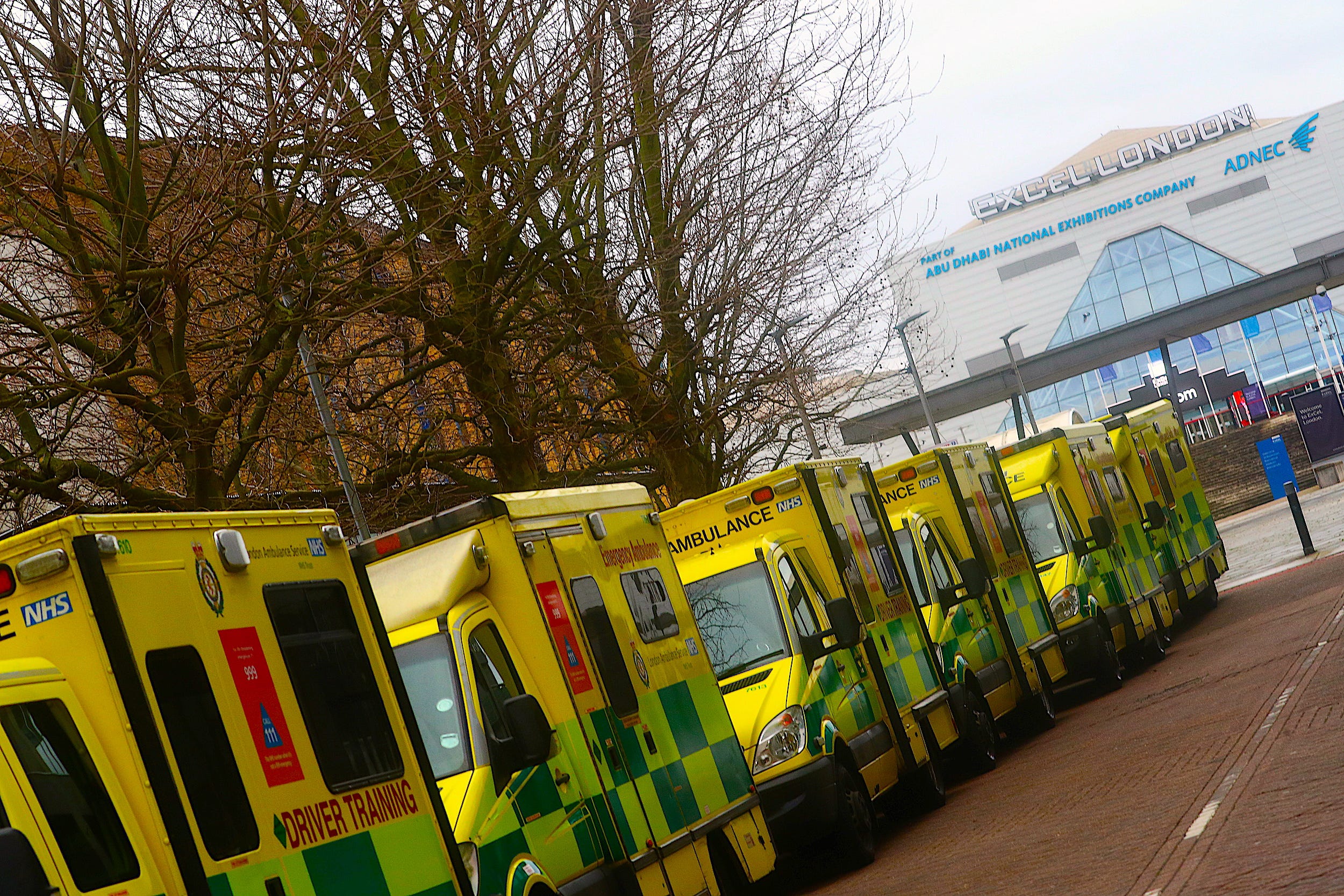 REUTERS/Hannah McKayAmbulances line up outside the NHS Nightingale Hospital at the ExCeL centre following the outbreak of the coronavirus disease in London, January 2, 2021.

Infections from the new UK variant of coronavirus surged over the holiday period, pushing Britain’s NHS hospitals beyond their capacity to handle patients. Teaching union officials also called for schools to be closed.

A new analysis showed that the more transmissible variant of the virus could potentially cause hundreds more deaths per 10,000 patients.

Scientists had previously been hesitant to confirm early indications of this. The new study is a “pre-print,” meaning that it has not been peer-reviewed. But the authors wrote: “There is a consensus among all analyses that the [new variant] has a substantial transmission advantage.”

The variant now forms the vast majority of all coronavirus cases in the UK.

The Milton Keynes Lighthouse Laboratory, a testing centre in the south-east of England, found that by December 18, B1.1.7 had begun to dominate in its results, as this tweet from CEO Tony Cox shows:

B.1.1.7 is not currently considered to be any more deadly for any individual patient than the originally observed virus. But epidemiologists are warning that because it reaches many more people, the total number of deaths it will cause could be far higher than earlier variants.

Adam Kucharski, an associate professor at the London School of Hygiene & Tropical Medicine, explained the potential problem in a series of tweets:

He compared the effects of two hypothetical variants: one 50% more deadly, and the other 50% more transmissible.

In the first instance, he calculated that a 50% more deadly virus during a period with an R number of 1.1 would see 198 deaths per 10,000 infections after a month.

But were that variant to be 50% easier to transmit, the same time period would see 978 new deaths per 10,000 infections.

The new variant has thrived despite a lockdown

The authors of the new study from Imperial noted that the new variant of coronavirus was increasing despite the government’s imposition of “Tier 3” and “Tier 4” level lockdowns in England. “These higher infection levels took place despite the high levels of social distancing in England,” the authors said

A lockdown starting in November saw the R number drop to 0.9. But those measures weren’t ultimately enough to curb the spread of the new variant, The Times of London reported Axel Gandy, chairman of statistics at Imperial College, as saying.

Under those conditions, non-essential stores closed, people worked from home where possible, but schools remained open.

Overall, COVID-19 case numbers in the UK have rocketed:

The number of reported cases spiked quickly after Christmas, which was to be expected given the holiday lull:

Patients in hospital have now exceeded the April peak: