Courteney Cox said she's binge-watching 'Friends' while self-isolating, but doesn't remember any of it 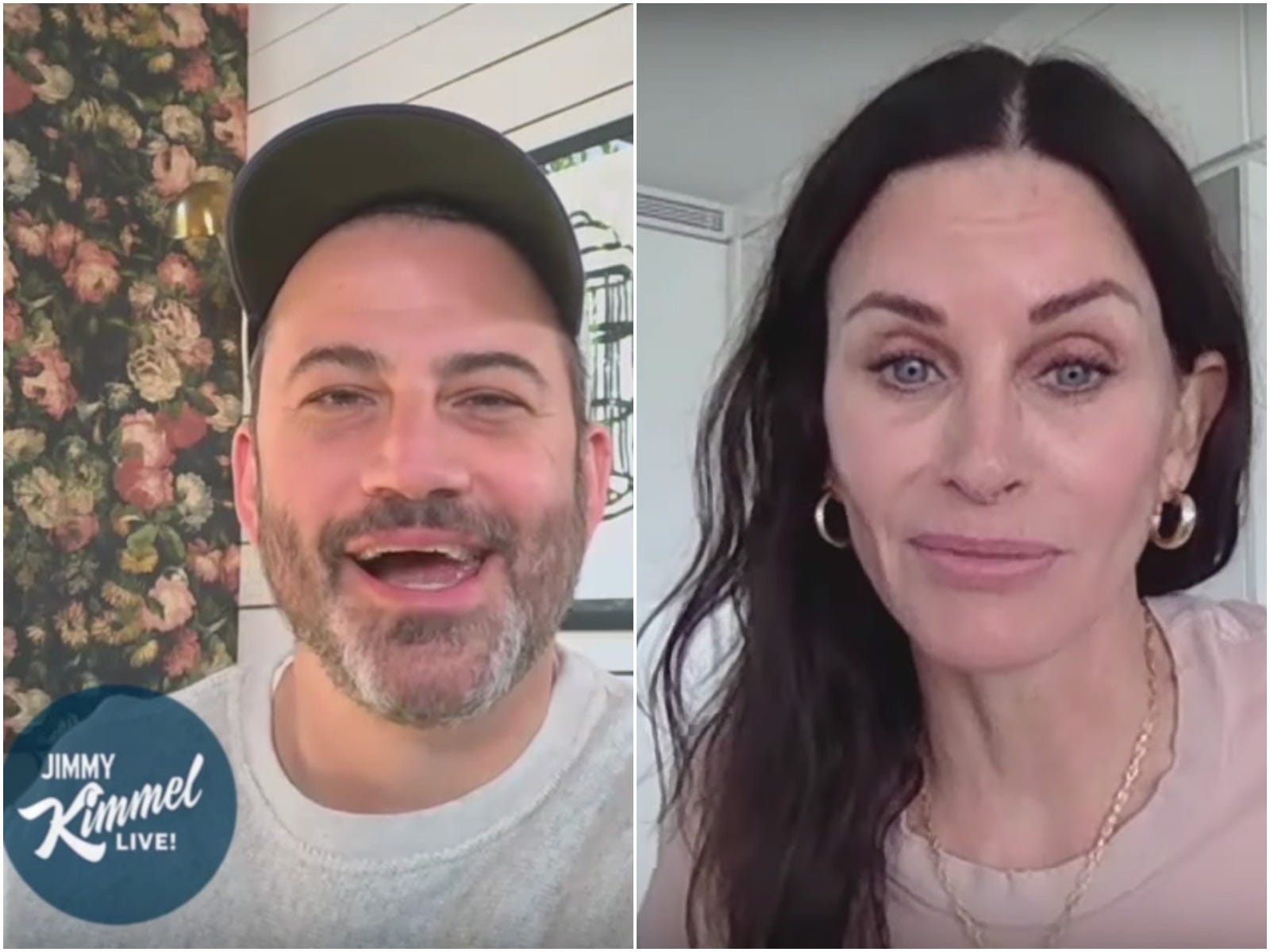 Courteney Cox told Jimmy Kimmel Live! that she knows absolutely nothing about “Friends,” but is trying to up her trivia knowledge by binge-watching the show while in quarantine.

Cox told Jimmy Kimmel over video chat that she’s been self-isolating for “almost two weeks,” and that she and her “Friends” costars were meant to shoot the reunion special last Monday and Tuesday.

“I keep getting asked all these questions about ‘Friends,’ you know all these trivia things,” Cox told Kimmel. “I don’t remember even being on the show. I have such a bad memory.”

“I remember obviously loving everybody there and having fun and I remember certain times in my life that I was there, but I don’t remember episodes,” Cox said. “I would never pass, I’d fail every test.”

Kimmel jokingly asked if she remembered the name of her character on the show, and Cox confirmed that, yes, she did at least remember that she played Monica. But Cox has a plan during quarantine to try and learn more trivia about the show.

“I decided to binge-watch ‘Friends,'” Cox told Kimmel. “I just started season one. It’s really good! I bought it on Amazon Prime.”

Kimmel then set up a “Friends” trivia quiz with his cousin Anthony, and surprised his cousin with the presence of Cox when he joined the video chat.

“This is, like, the greatest moment of my life,” Anthony said, who Kimmel said is a massive “Friends” fan. Cox agreed to do the quiz but said that despite all the questions being Monica-based, it wouldn’t help. 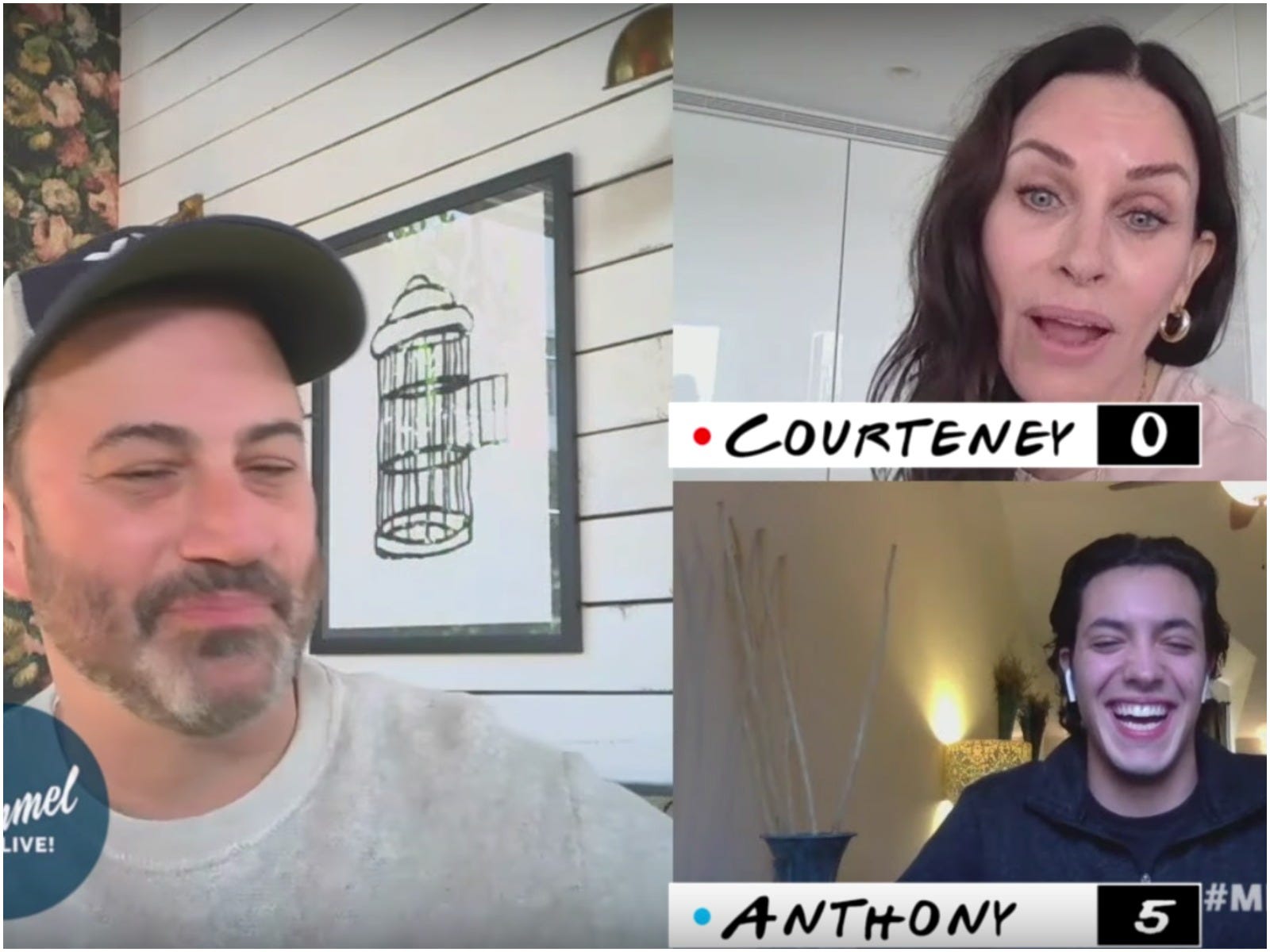 Cox knew a couple of the answers, but Anthony was much quicker to answer and won five to nil. One of Kimmel’s questions was: “Who was Monica’s first kiss?” Anthony immediately got the right answer (Ross), but Cox was stumped.

“Ross was my first kiss? What episode was that?” A confounded Cox asked Kimmel, who confirmed that it was episode 11 of season 10, “The One Where the Stripper Cries.”

Cox promised that she would learn more about Monica and “Friends,” and said: “By the end of this quarantine, I’m going to know so much more.”

Everything we know about the upcoming ‘Friends’ reunion special