A couple gave their bathroom a makeover inspired by 'The Office,' and it deserves its own Dundie Award 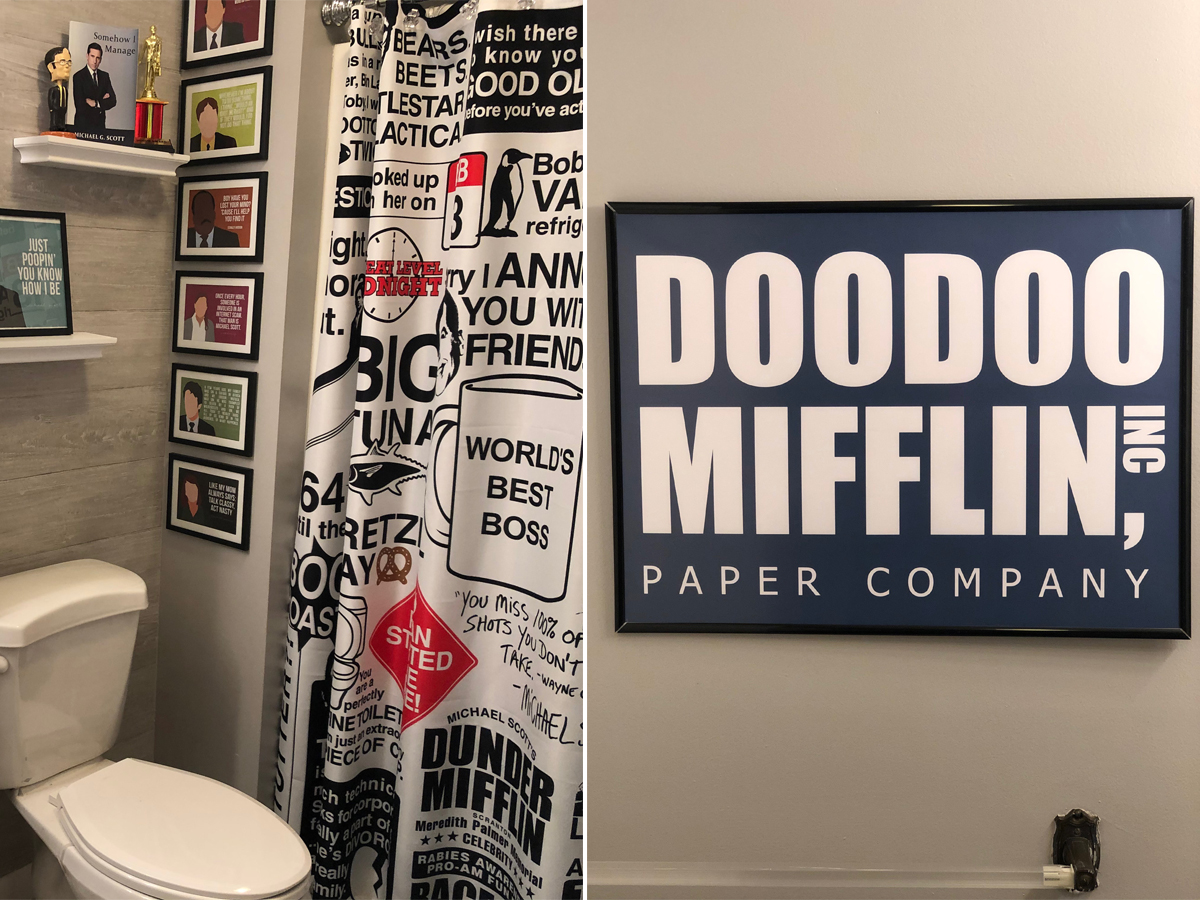 Ashley Williams says she turned her boyfriend, Doug Nixon, into a fan of “The Office.”

“I’ve been a fan of ‘The Office’ since high school,” Williams, 26, told Insider. She got Nixon, 27, into the show when they were in college.

“If you don’t watch it, you definitely should,” Nixon said of the comedy that lasted nine seasons. “You’re missing out.”

The Connecticut-based couple moved into a new condo in December 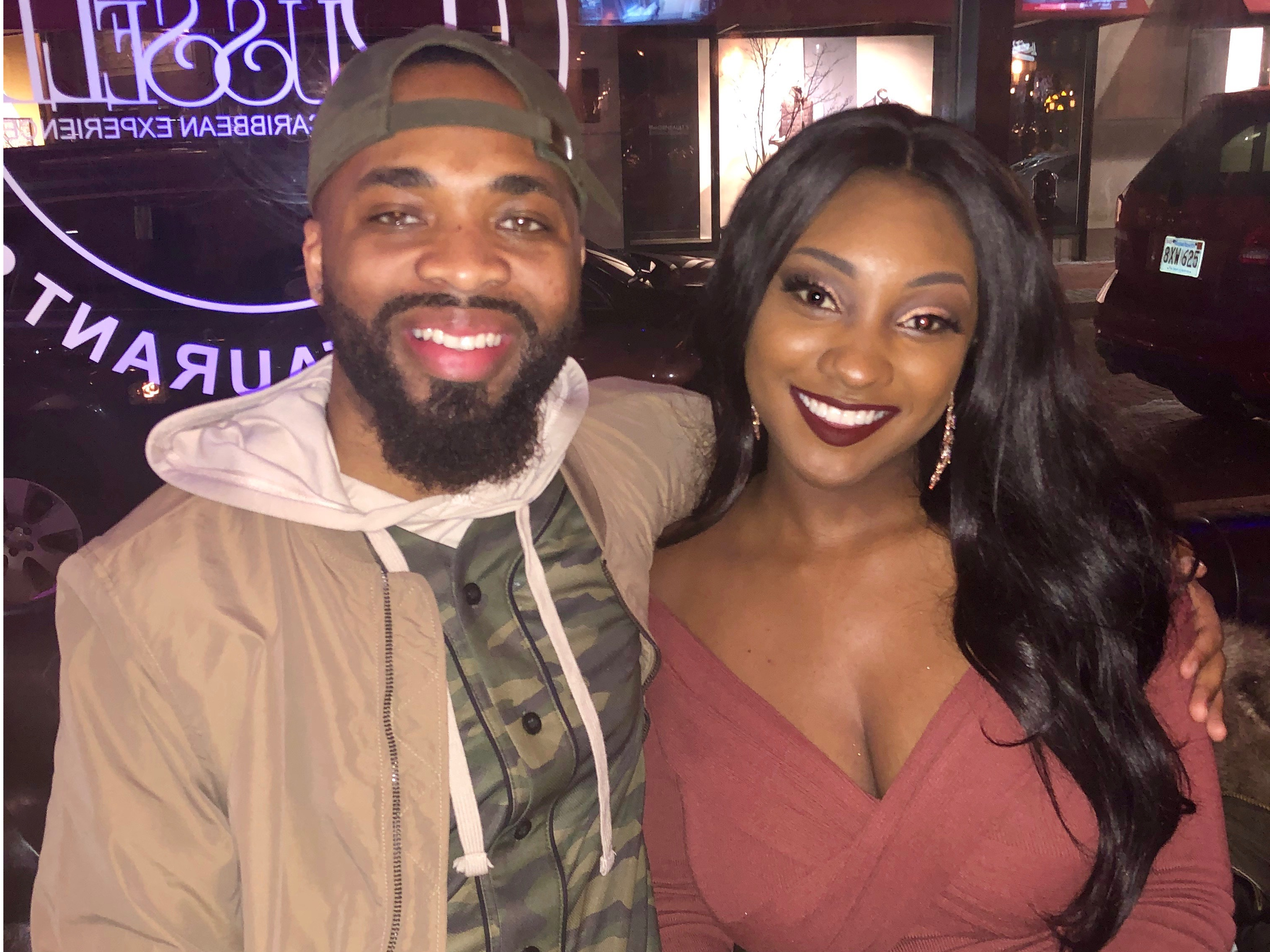 They began remodeling the condo in the spring of 2020 and stumbled upon a Facebook post someone had made showing off a bathroom that featured “The Office”-themed decor.

“It wasn’t as all out as ours,” Williams said of the post they saw.

After seeing the post, Nixon suggested they redecorate their bathroom in honour of the show, and Williams quickly agreed.

“Why not make your house as fun as possible and enjoy it as much as you can?” Nixon said of their attitude toward the renovation.

The couple pulled off their renovation in just six hours

They put new wallpaper up in the room, added a shelving unit, and filled the space with trinkets inspired by the show.

Williams posted a TikTok of the renovation that shows off the transformation.

It’s clear that the bathroom is inspired by the comedy before you even step inside, as it has the iconic sign f “The Office” sign hanging on the door.

The standout feature of the space is a sign that says “DooDoo Mifflin,” a play on Dunder Mifflin, the name of the paper company at the centre of the show. Nixon had the idea for the sign, but Williams made it, saying it was simple since the fonts could be found on Microsoft Word.

Williams and Nixon paid attention to details in the space to really make it a dream for fans of “The Office.”

For instance, the room features a Dundie Award, Michael Scott’s “Somehow I Manage” book, and a Dwight bobblehead. Signs with silhouettes of the characters from the show are also seen on the wall, and each is accompanied by a popular quote.

A Michael Scott sign with the quote, “Just poopin, you know how I be,” sits above the toilet in a place of honour.

Ashley WilliamsThe couple got the decor from Etsy and Box Lunch.

The poster is Nixon’s favourite part of the room.

The vanity also features trinkets that reference the show, such as a mug that says “assistant to the regional manager” on it and a miniature version of the stapler in Jell-O that Jim used to prank Dwight.

The shower curtain is also a focal point of the space, as it’s filled with references and inside jokes from the show, such as Michael Scott’s “World’s Best Boss” mug and a “Ryan started the fire” sign

Ashley WilliamsThe shower curtain features inside jokes from ‘The Office.’

The wallpaper and shower curtain were the most expensive aspects of the remodel, but it was fairly affordable overall.

The couple said they spent less than $US300 on the renovation. Ashley WilliamsThe room features a myriad of trinkets inspired by the show, like these mugs.

“We walk in there and walk out laughing,” Williams said of the space.

They also said it was fun to redecorate together.

“We haven’t done something like that in a while, where we’ve spent the whole day working on one project,” Williams added.

The two are hoping to add more themed rooms to their space, which includes bringing their love of Disney and Philadelphia into their home.

“We’re trying to do a different theme for each room after the bathroom,” Williams said.