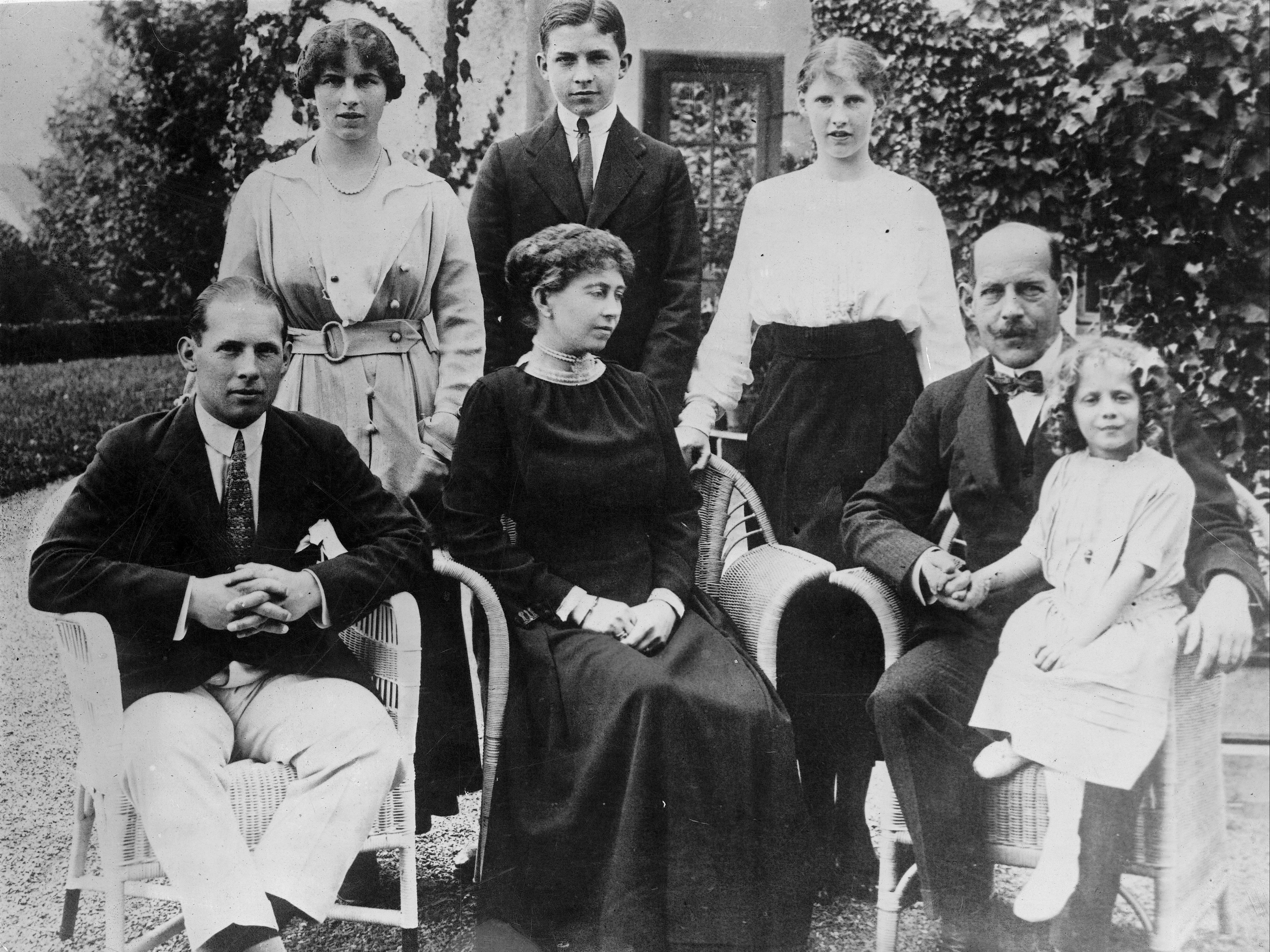 Keystone-France/Gamma-Keystone via Getty ImagesMembers of the Greek royal family, including King Constantine I (second right).

Changing political landscapes, civil unrest, and the spread of democracy have led to the abolishment of monarchies in several countries over the past few centuries.

Here’s what happened to 10 of the world’s now-defunct monarchies. King Louis XVI of France took the throne in 1774, but food shortages and economic troubles prompted mass rebellion in the form of the French Revolution in 1789. The monarchy was then formally abolished in 1792. King Louis and his wife, Marie Antoinette, were imprisoned and eventually executed by guillotine.

The Kingdom of Portugal ended in 1910. 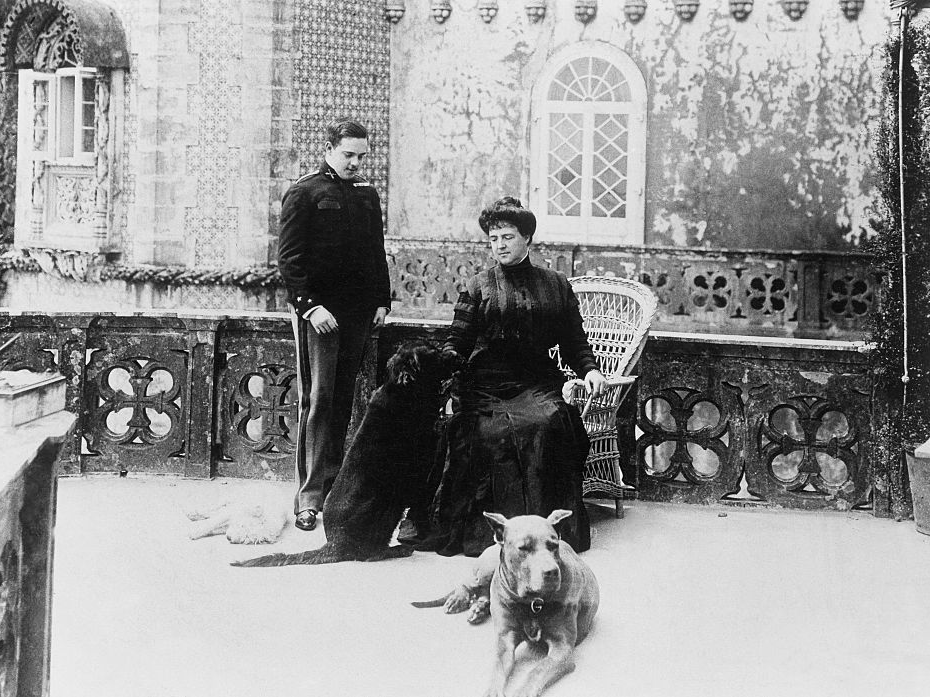 ullstein bild/ullstein bild via Getty ImagesKing Manuel II of Portugal with his mother, Queen Amelia, in 1908.

Manuel II was the last king of Portugal, ruling from 1908 until the country became a republic in 1910. He unexpectedly became king at age 18 after his father and older brother were assassinated in Lisbon. Manuel then fled to London in 1910 when the revolution broke out.

Some descendants of the Portuguese royal family remain, such as Dom Duarte, Duke of Braganza, but they are regarded by the government as representatives of the monarchy with no actual power.

Czar Nicholas II of Russia abdicated the throne in 1917, bringing an end to the Romanov dynasty. 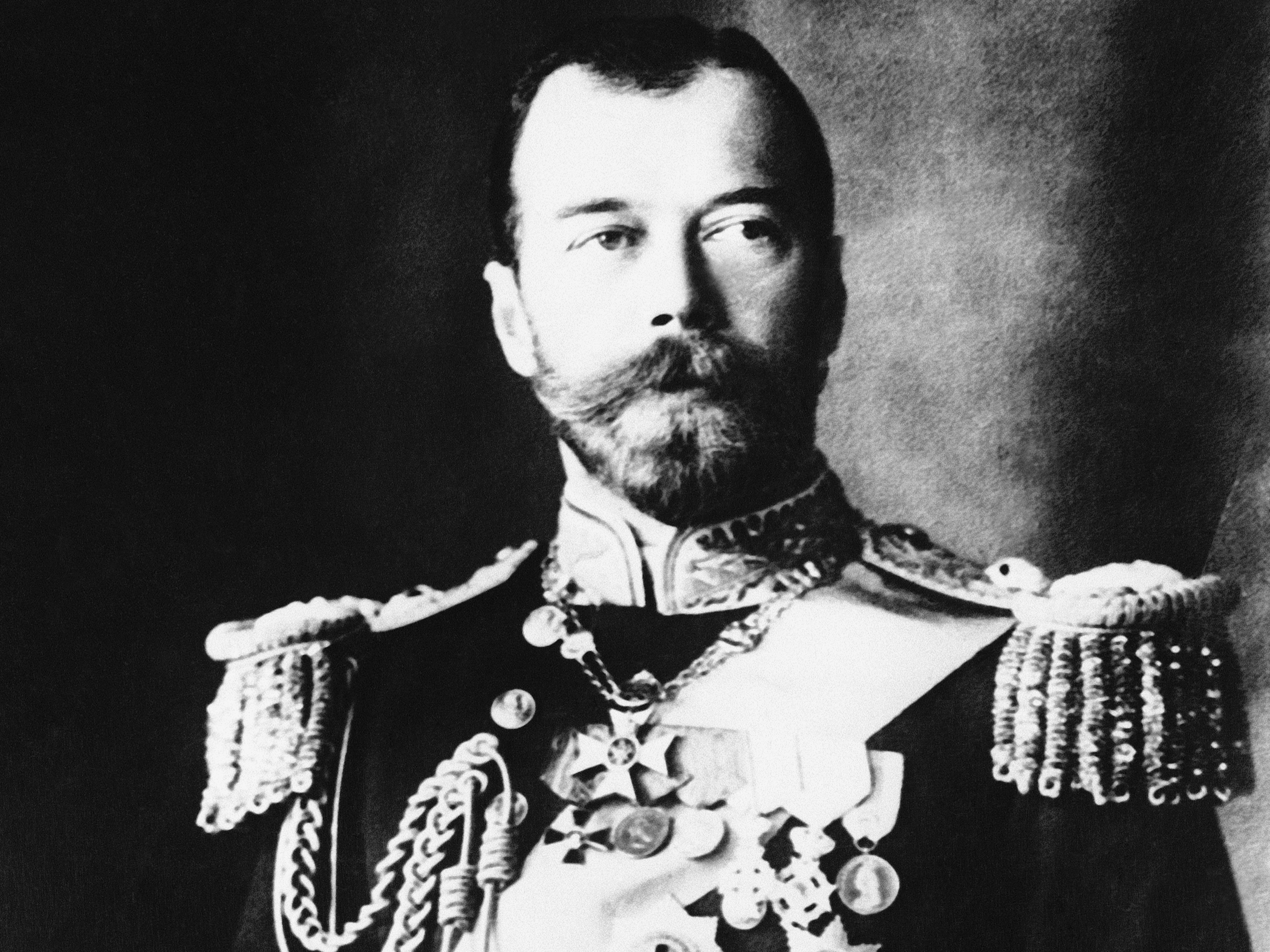 APCzar Nicholas II of Russia is shown in formal dress uniform in this undated photo circa 1914.

Czar Nicholas II, who had ruled Russia since 1894, was forced to abdicate in 1917 amid strikes and protests in Petrograd (now St. Petersburg). Known as the February Revolution, the movement brought an end to 300 years of the Romanov dynasty’s rule in Russia.

Nicholas, who was first cousins with Britain’s King George V, was held in captivity with his family until they were killed by Bolshevik forces in 1918.

Kaiser Wilhelm II, a grandson of Queen Victoria, was the last German emperor and king of Prussia. Wilhelm II became kaiser after the death of his father in 1888. A series of public blunders and misplaced spending during World War I led to his abdication in 1918, which was announced before he’d actually agreed to it. He lived out the rest of his life in exile in the Netherlands.

The Ottoman Empire ended in 1922, and Turkey became a republic a year later. DeAgostini/Getty ImagesAn 18th-century painting shows the sultan of the Ottoman Empire, Selim III, receiving dignitaries at the Gate of Felicity in Istanbul.

When the Ottoman Turks were defeated in World War I, most of their territories were divided up between Britain, France, Greece, and Russia in the Treaty of Lausanne. The title of Ottoman Sultan ended in 1922, and the Grand National Assembly declared Turkey a republic in 1923.

Keystone-France/Gamma-Keystone via Getty ImagesMembers of the Greek royal family, including King Constantine I (second right).

Greece was first declared a republic in 1924 by the Greek National Assembly. King George II went into exile until 1935, when the Populist party rose to power in the Assembly and reinstated the monarchy.

It was abolished for good under a military regime that declared a republic for a second time in 1973. A government election was held the following year. Constantine II was the last king of Greece, ruling from 1964 to 1974.

He was exiled and moved to London, but in 2013, it was reported that the king and his wife had returned to Athens because of soaring London property prices – and because he was homesick.

Italy became a republic in 1946, ending the rule of the royal family. 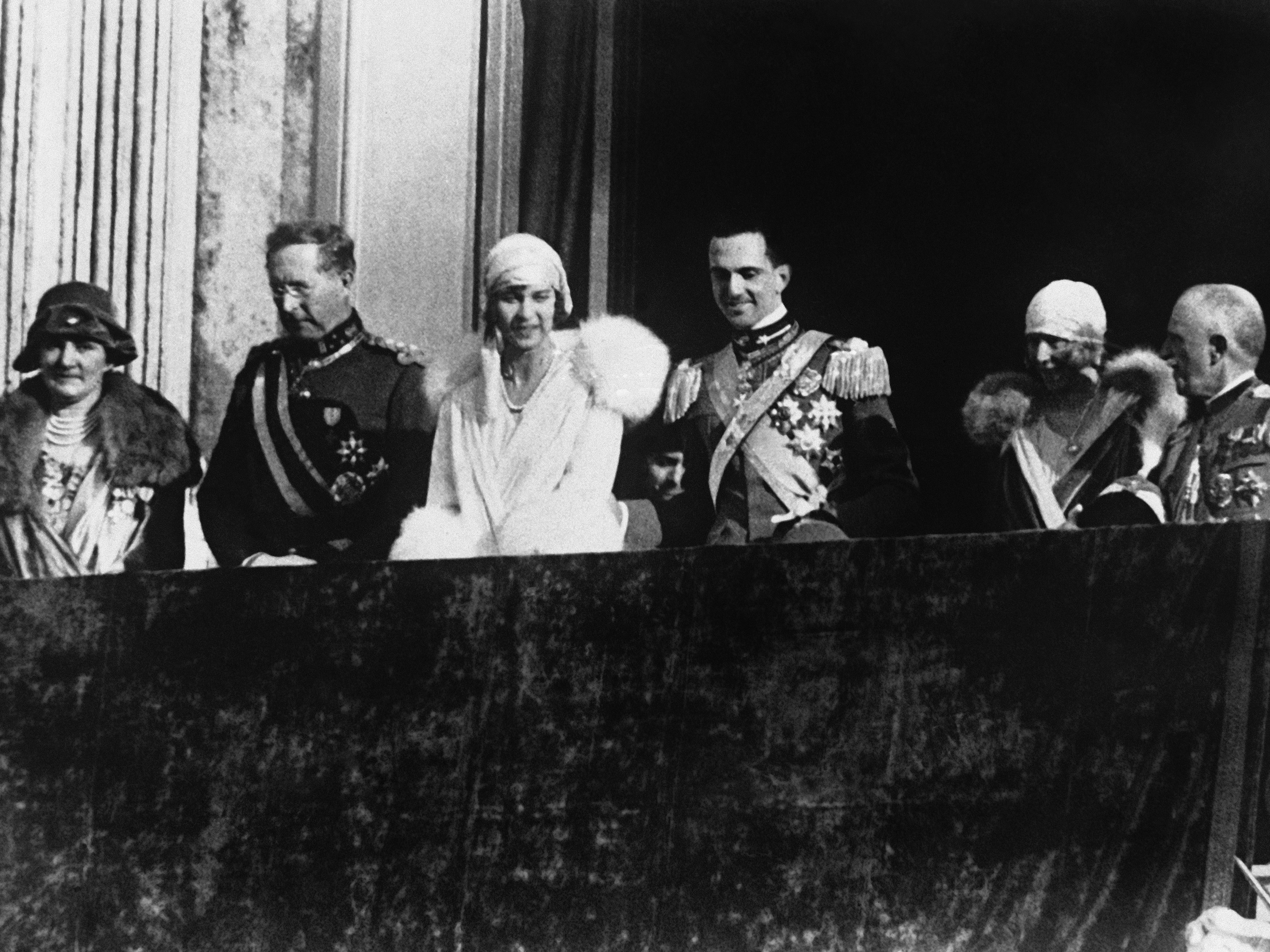 The last king of Italy, Victor Emmanuel III, remains a controversial figure. During his reign, he enabled Benito Mussolini’s fascist regime and legalised the persecution of Jews. After Italy voted to become a republic in 1946, Victor Emmanuel left the country and lived in exile in Egypt until his death in 1947.

Romania’s monarchy ended in 1947, but members of the royal family remain prominent. DANIEL MIHAILESCU/AFP via Getty ImagesMichael I of Romania (centre), his daughter Princess Margaret (left) and consort Prince Radu Duda (right) arrive at The National Opera in 2011.

Romania became a constitutional monarchy in 1881, and the monarchy was dissolved altogether in 1947 when communists came to power. King Michael I, the last king of Romania and a distant cousin of Queen Elizabeth, lived out the rest of his life in Geneva. His grandchildren remain subjects of public interest.

Simeon Saxe-Coburg-Gotha of Bulgaria is one of the only monarchs in the world to have also been elected head of a democratic government. Plamen Trifonov/NurPhoto via Getty ImagesSimeon Saxe-Coburg-Gotha at his 80th birthday celebration in 2017.

Simeon Saxe-Coburg-Gotha was the last king of Bulgaria. A communist coup in 1944 led to the abolishment of the monarchy in 1946. After living in exile in Madrid, he returned to Bulgaria in 2001, formed his own political party, and was elected prime minister. He celebrated his 80th birthday in 2017. 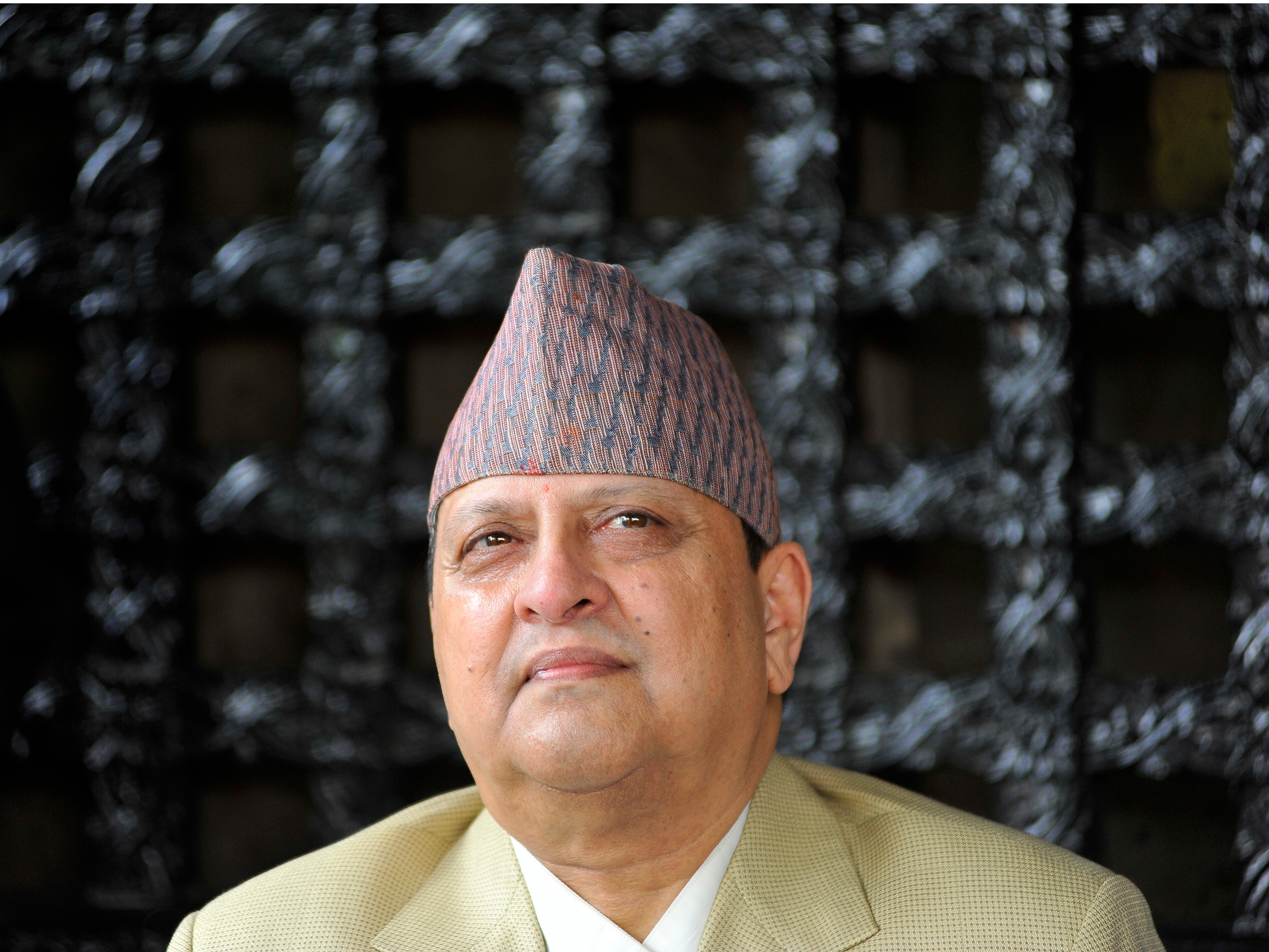 Narayan Maharjan/Pacific Press/LightRocket via Getty ImagesFormer King Gyanendra Shah during his his 71st birthday at his residence, Nirmal Niwas, Maharajgunj.

Gyanendra Shah took the throne in 2001 after Crown Prince Dipendra assassinated King Birendra and eight other members of the Nepalese royal family before fatally shooting himself.

The king dissolved parliament in 2002 during a turbulent time for the country, and he was forced to reinstate it in 2006 after weeks of protests. Two years later, the Nepalese Constituent Assembly declared the country a democratic republic and abolished the monarchy.

Shah has kept a low profile since stepping down, only occasionally making appearances, according to local media.