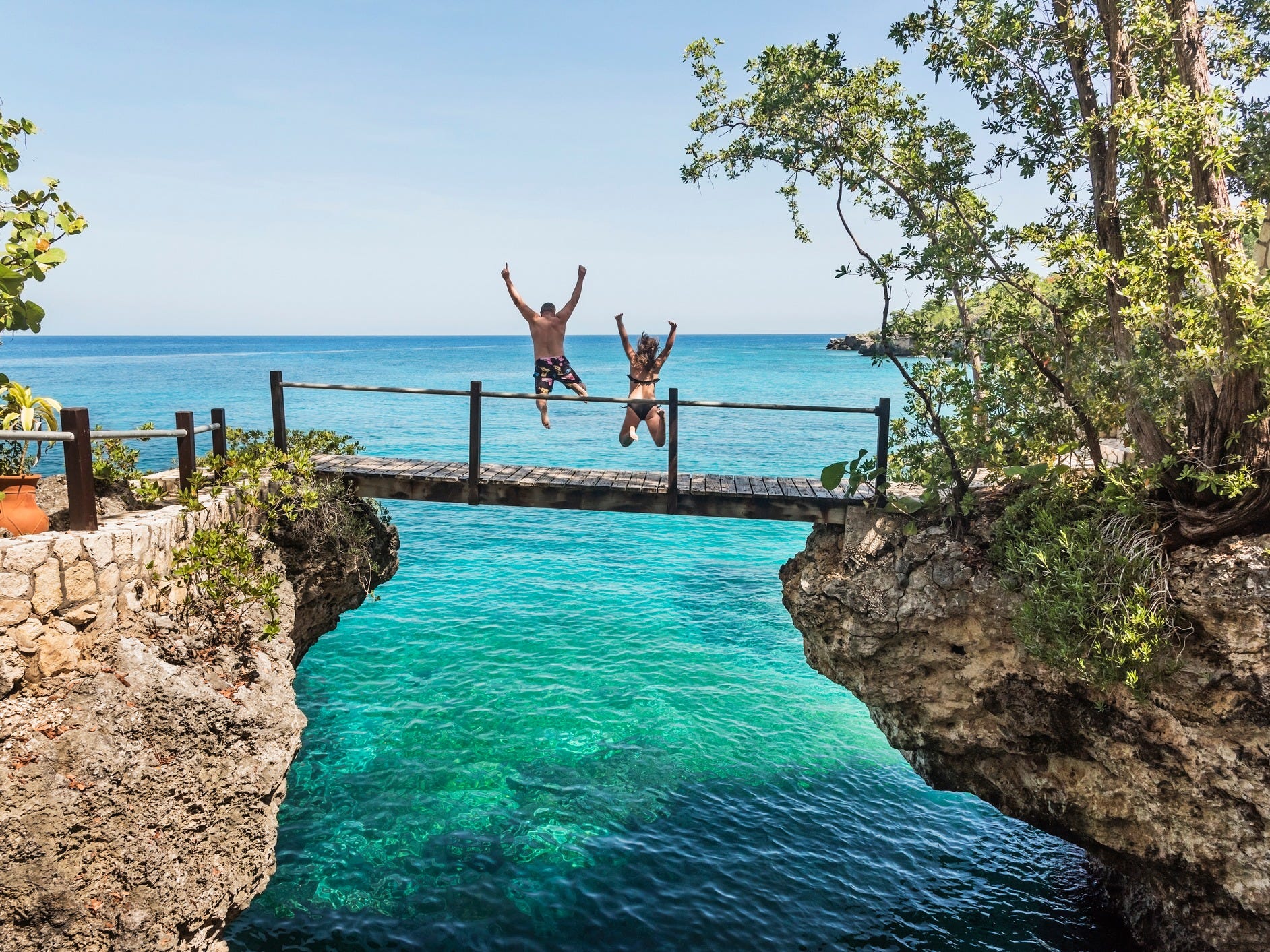 Daniel Grill/GettyJamaica plans to reopen to international tourists on June 15.

From Italy to Germany, countries around the world are slowly relaxing their lockdowns, easing into a new normal that’s not quite what it was pre-pandemic, but as close to it as possible.

Last month, the European Commission announced a plan to save summer tourism in order to help the struggling travel industry. The plan includes opening borders back up and putting health measures and testing in place.

But it’s not just the EU eyeing summer travel.

Despite many countries still discouraging nonessential travel – and while questions of COVID-19 infection rates and the possibility of second, and even third waves remain – a lot of tourism-reliant economies around the world are planning to open their doors to travellers as soon as possible.

Keep scrolling to see which tourist hotspots hope to welcome visitors this summer.

Italy has reopened its borders to international tourists without any quarantine rules in place. 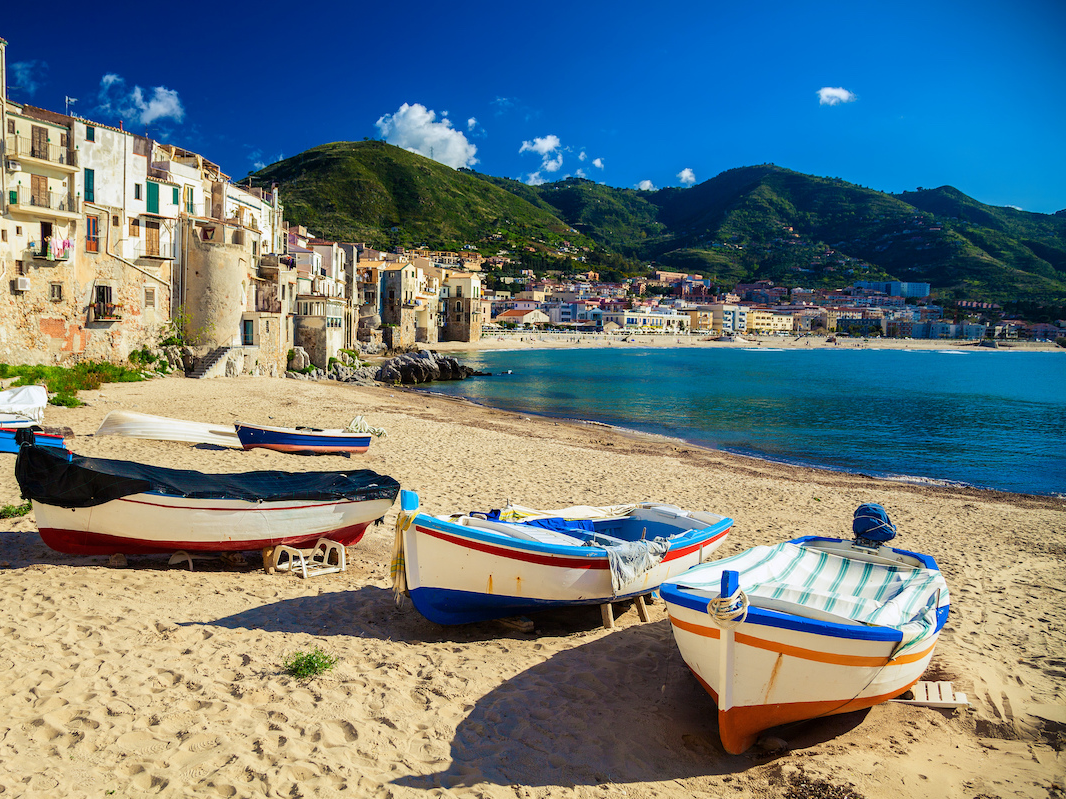 Home to one of Europe’s deadliest coronavirus outbreaks, Italy also saw the continent’s longest lockdown, with its 62 million residents self-isolating at home from March 10 to May 4.

According to the Evening Standard, the heavily tourism-reliant country now allows people to travel in and out of it, without having to quarantine. “There’s only one risk: that you’ll get fat,” the Governor of Calabria Jole Santelli said.

Taking it a step further, the Italian island of Sicily has offered to pay half of visitors’ flight costs and a third of hotel expenses should they visit later this year.

“Tourists are welcome in Portugal,” according to Portugal’s foreign minister. 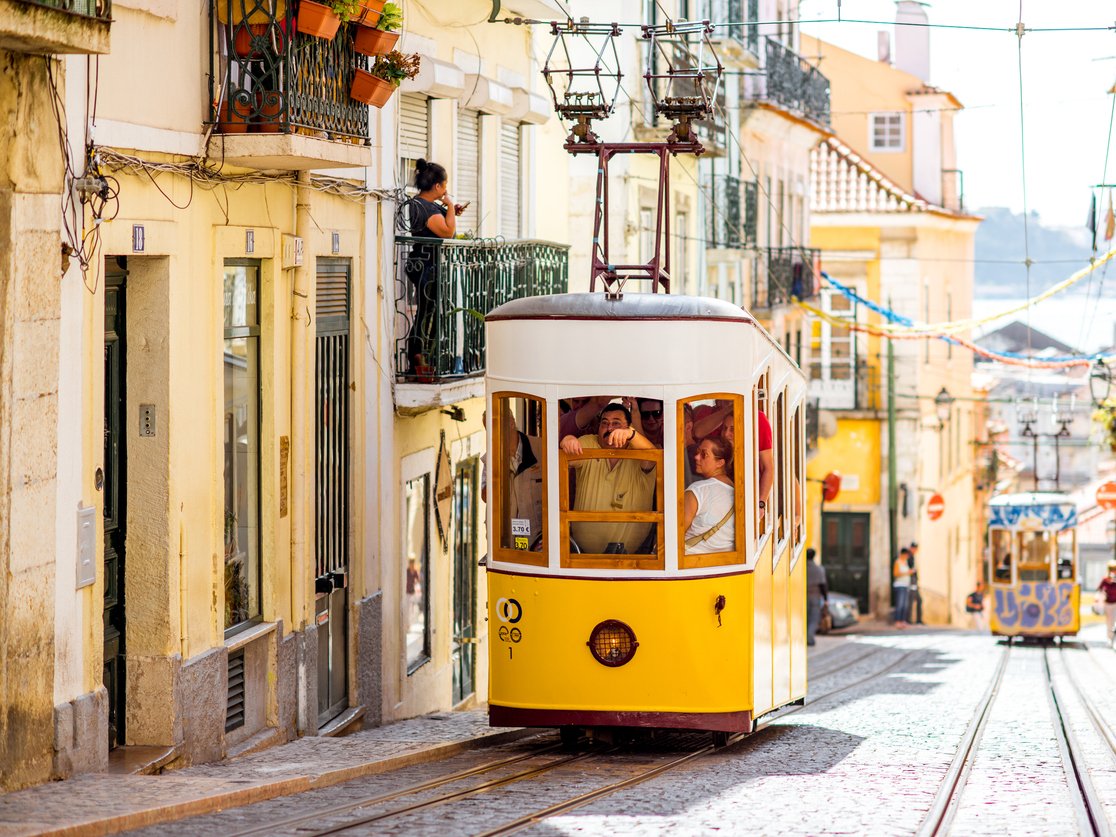 Portugal, after easing out of lockdown by reopening some shops and restaurants in mid-March, has become one of the first European countries to welcome back visitors, according to Condé Nast Traveller. On June 4, flights between Lisbon and Newark, New Jersey, resumed. Portugal will officially allow air travel from EU countries except Spain and Italy starting June 6.

Santos Silva, Portugal’s foreign minister, has said that health checks will be implemented at airports.

According to Johns Hopkins, Portugal saw 33,592 confirmed cases of COVID-19 and 1,455 related deaths.

The Florida Keys opened to visitors June 1, though they are cutting their occupancy in half until June 15. 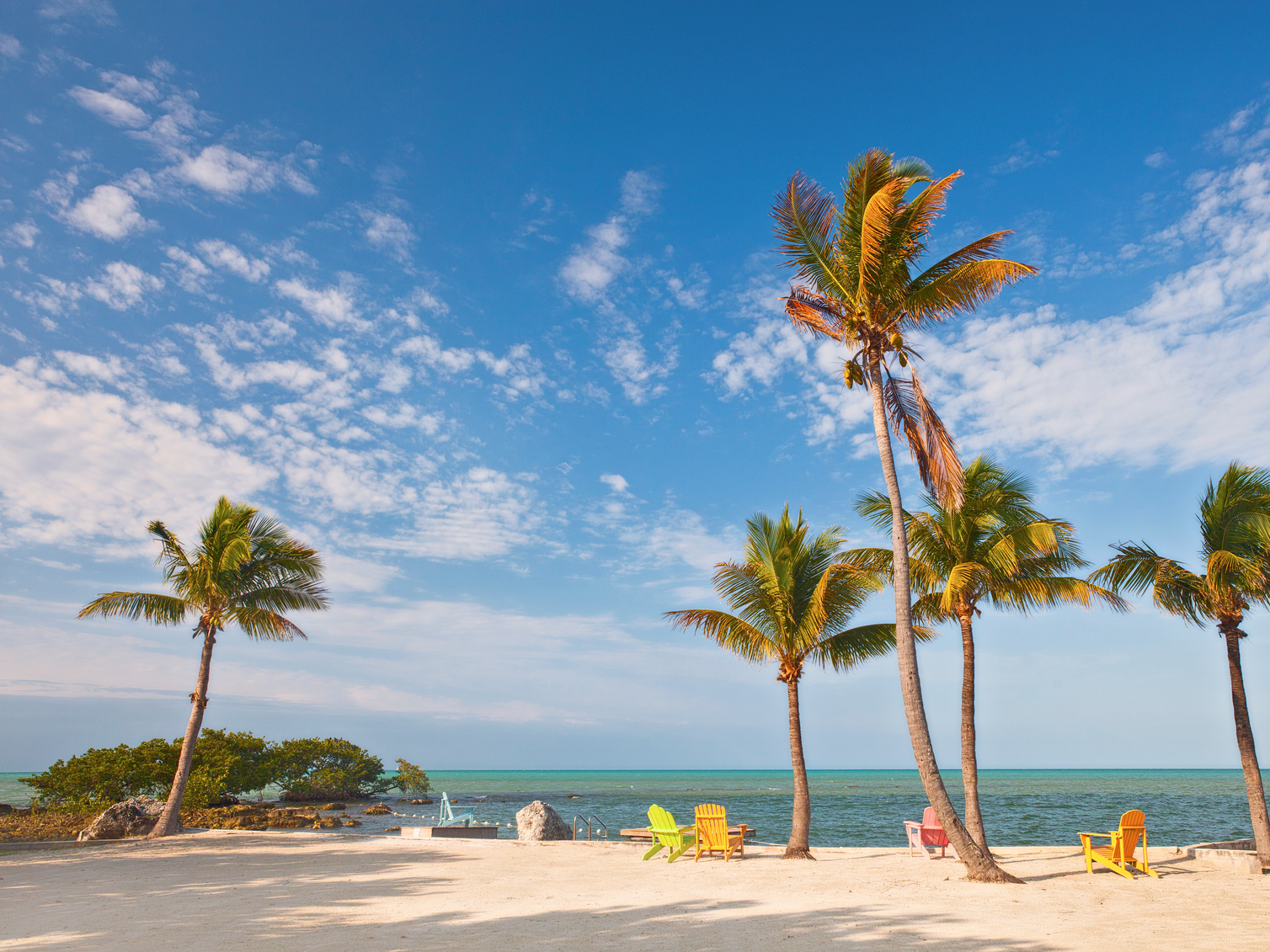 iStockThe Florida Keys are a string of islands.

According to Florida Keys officials, the Keys opened to visitors on June 1. The island chain had been closed to tourists since March 22.

Airport screenings, disinfecting, and social-distancing guidelines have been put in place. Lodging will be limited to 50% occupancy until June 15, when the policy will be reevaluated.

“Tourism is the economic lifeblood of the Keys and almost half of our workforce is employed in visitor-related jobs,” Rita Irwin, chair of the destination management office for the Florida Keys and Key West, said in a press release announcing the reopening.

The U.S. Virgin Islands started welcoming back tourists on June 1. According to Caribbean Journal, most hotels on the main three islands that make up the U.S. Virgin Islands – St. Thomas, St. Croix, and St. John – have been open to tourists since June 1.

The site reports that the islands’ COVID-19 state of emergency will remain in place until at least July 17, which means that social distancing and masks are required in public, and buffets and live music are not allowed, among other regulations.

According to Johns Hopkins, the U.S. Virgin Islands saw 70 confirmed cases of COVID-19 and six deaths.

Saint Lucia announced it would reopen to tourists on June 4. Saint Lucia’s government announced a phased reopening to tourists from June 4, allowing international flights and tourists into the country. Visitors will have to present a negative COVID-19 test upon arrival and should expect temperature checks at the airport, hotels, and in restaurants, as well as mask and social-distancing requirements.

Saint Lucia has had 18 confirmed cases of COVID-19 and no deaths,according to Johns Hopkins data.

Antigua and Barbuda also announced it would allow international flights to resume on June 4. 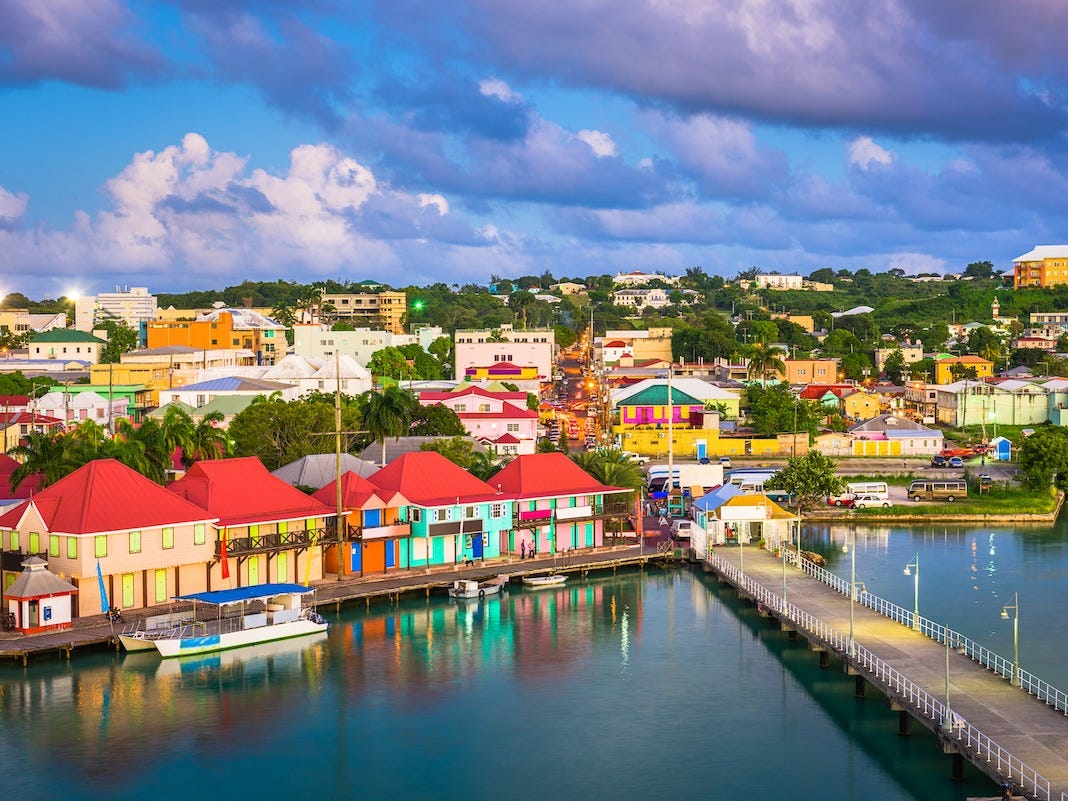 Caribbean National Weekly reported that Antigua and Barbuda’s tourism minister Charles Fernandez said in a virtual meeting on reopening the country that an American Airlines flight from Miami will mark the Caribbean country’s return to tourism on June 4 . The paper notes that it would be the first international passenger flight to the country in 10 weeks, and that this will be a daily flight.

According to the Miami Herald, the government planned to implement new health measures before then and that anyone wanting to enter the country will need to present a negative COVID-19 test. There’s also the possibility that visitors may have to stay on their resorts’ premises.

Cancun, Tulum, and Riviera Maya hope to be back in business, tourism-wise, by June 8-10. Some of Mexico’s most well-known tourist hotspots, Cancun, Tulum, and Riviera Maya, aim to welcome international travellers by June 8-10, according to Mexico News Daily.

The Quintana Roo tourism board (the state in which the destinations are located) told Riviera Maya News that this reopening will coincide with the resumption of flights from the US, Canada, and Europe to the area and that it expects travel to initially centre around weddings and conventions. It says that new hygiene protocols will be put in place.

Cancun and other destinations in Quintana Roo are also offering free overnight stays and other steep discounts to incentivise tourists to visit this year.

According to Travel + Leisure, Los Cabos similarly announced a phased reopening plan, which includes putting in place a “Clean Point” quality certification for cleaning measures that hotels, restaurants, and tour providers must obtain. Phase 1, which started June 1, allows for limited travel while these new health and safety protocols are enforced, while phase 2, which is the opening of the airport’s international terminal, is targeted for July.

Cyprus plans to open its borders on June 9 — but only to visitors from “safe” countries.

Getty/KirillmCyprus is an island country in the Eastern Mediterranean.

Cyprus is set to start welcoming tourists back on June 9. However, it only plans to allow visitors from countries it deems “safe,” and that have similarly low infection rates. There are 19 countries on this list, such as Germany, Austria, Greece, Finland, Denmark, and Norway.

The Eastern Mediterranean island has seen 958 confirmed cases of COVID-19, and 17 deaths, per Johns Hopkins.

Further, it says it will pay for the accommodation, meals, and medication of any tourist who contracts COVID-19 while visiting the island.

Greece plans to reopen to all tourists on June 15, but there’s a catch for those coming from places it deems high-risk. 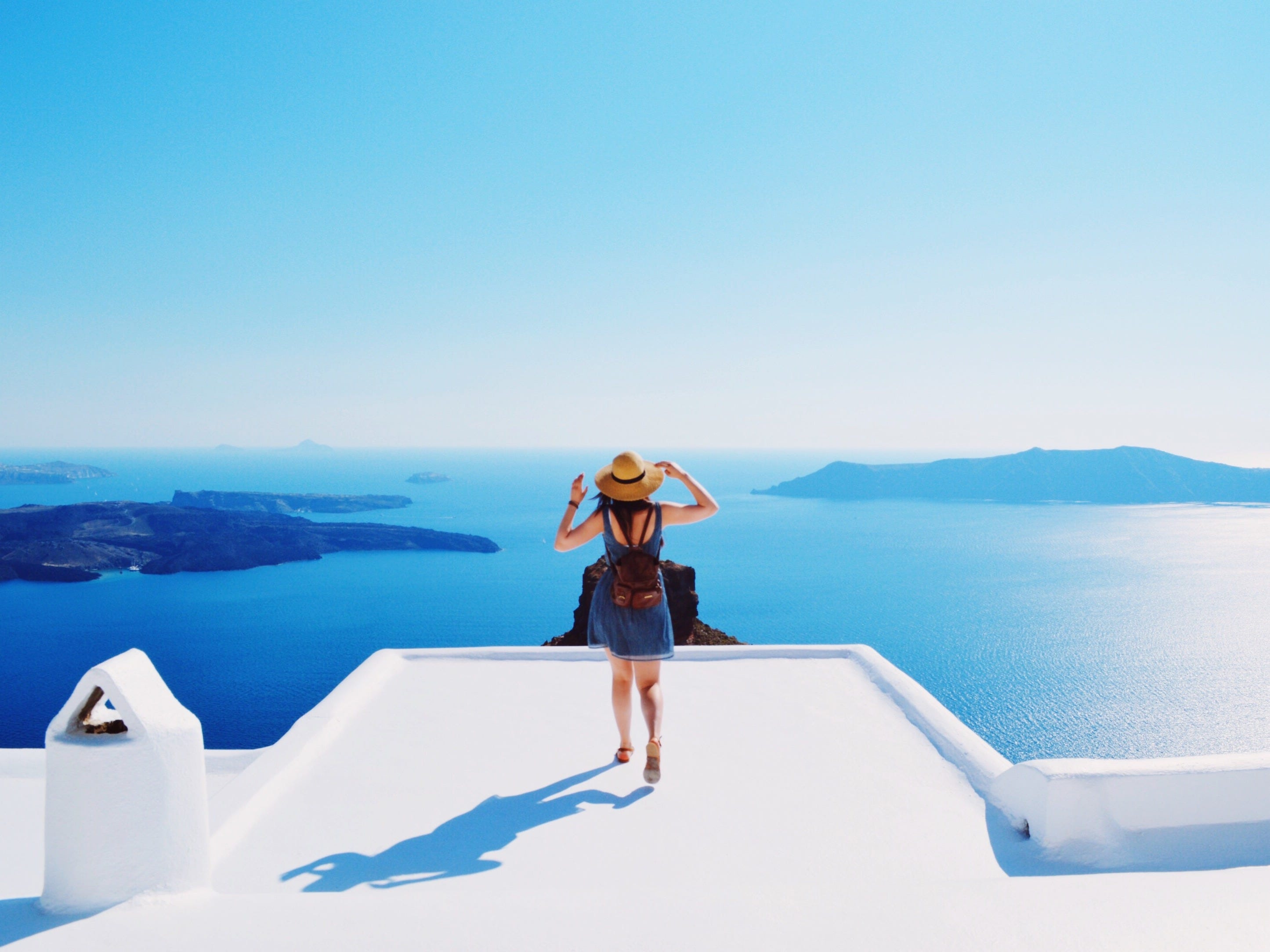 However, according to the Hellenic Republic’s Ministry of Foreign Affairs, travellers from high-risk areas, as defined by this list from the European Union Aviation Safety Agency (EASA), will face COVID-19 testing upon arrival. The list includes the US and UK.

After being tested, visitors entering the country must then spend the night in a designated hotel to await their results. Depending on the outcome of the test, travellers will either have to self-isolate for a week or quarantine under supervision for two weeks. Travellers from areas not on this list are subject to random testing.

These regulations will likely be in place until July 1, when international flights to all of Greece’s airports will be allowed once more. Whether travellers from high-risk countries will still face the same restrictions then will be announced later, according to the Ministry of Foreign Affairs.

Further, the BBC reports that the Greek government plans to temporarily cut value added taxes (VAT) on all modes of transportation from 24% to 13%, thus making travel to and within Greece cheaper.

Greece went on lockdown early, which it credits with having a relatively low number of coronavirus cases and related deaths. According to Johns Hopkins Coronavirus Resource Centre, Greece saw 3,049 confirmed cases of COVID-19 and 182 related deaths.

Jamaica plans to reopen to international tourists on June 15. 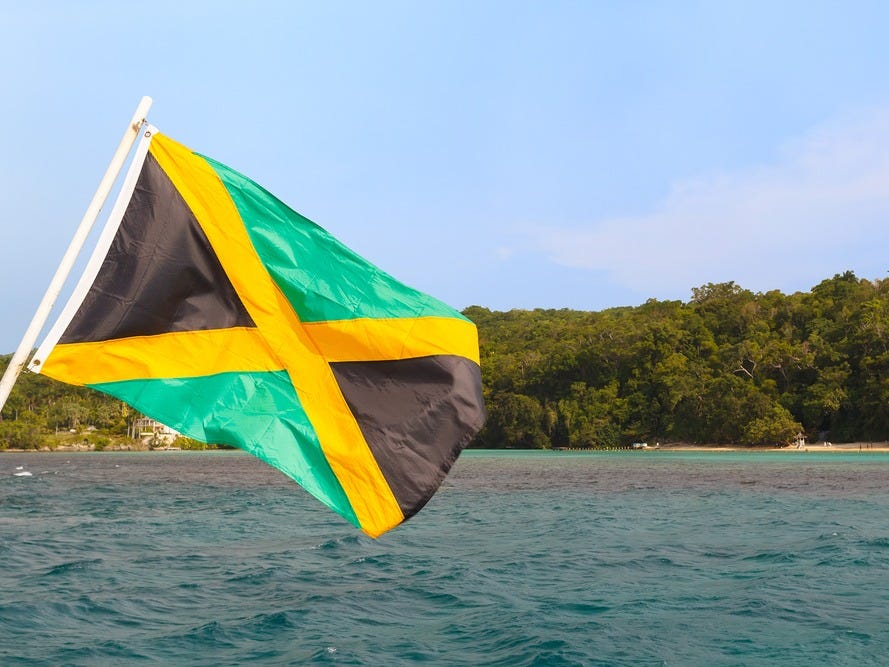 ShutterstockJamaica will be the largest Caribbean destination to reopen.

Caribbean Journal reports that Jamaica plans to welcome back visitors on June 15, becoming the largest Caribbean destination to reopen. It also says that “Jamaica’s newly-developed COVID-19-focused health and safety protocols [are] over 100 pages.”

These cover health regulations for everything from transportation to tours, hotels, and restaurants.

According to Johns Hopkins, Jamaica has had 591 confirmed cases of COVID-19 and 10 deaths.

Iceland aims to be open to international travellers by June 15, and plans to test all arrivals for COVID-19 at the airport. 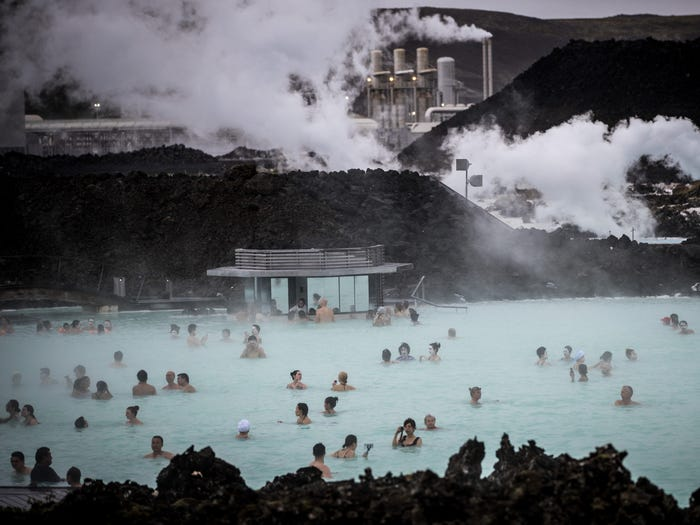 Iceland‘s prime minister said that the island nation aims to be open to tourists by June 15. The country plans to test all arrivals for COVID-19, thereby allowing travellers who test negative to bypass quarantine. Anyone testing positive, however, will have to self-isolate for 14 days.

Iceland’s population of about 364,000 has seen 1,806 confirmed cases of COVID-19, and 10 related deaths, according to Johns Hopkins’ coronavirus resource centre.

According to its transportation minister, Spain aims to welcome back tourists in late June. 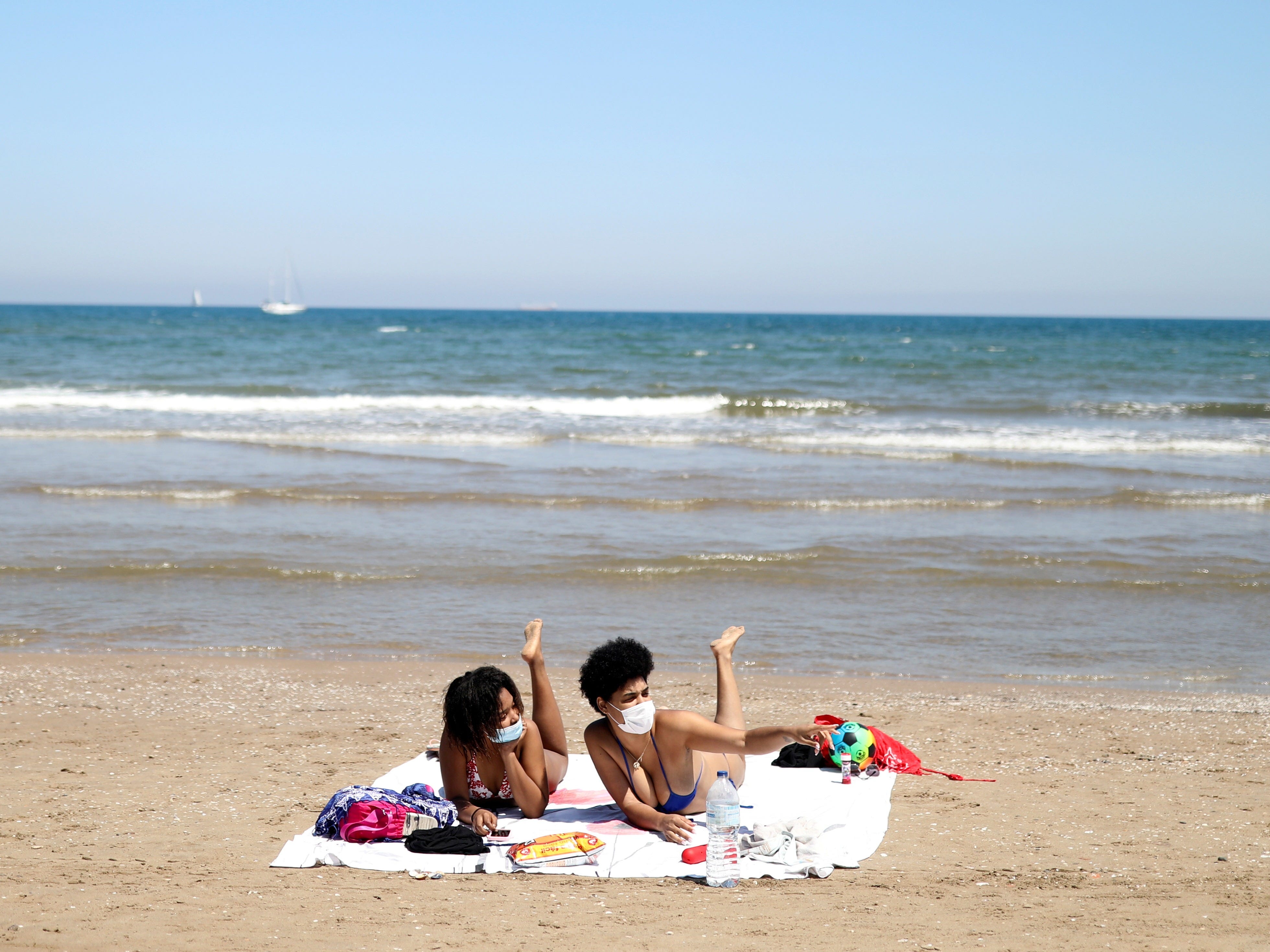 According to Reuters, José Luis Ábalos, Spain’s transportation minister, told broadcaster TVE that he hopes for tourists to be able to visit from late June.

However, no further details have been given. While a mandatory 14-day quarantine was implemented for arriving visitors in Spain last week, Ábalos says that this, as well as travel restrictions, will be gradually lifted. “We must make Spain an attractive country from the health point of view,” he said.

With 27,133 deaths, per Johns Hopkins, Spain had one of the highest coronavirus death rates in Europe. 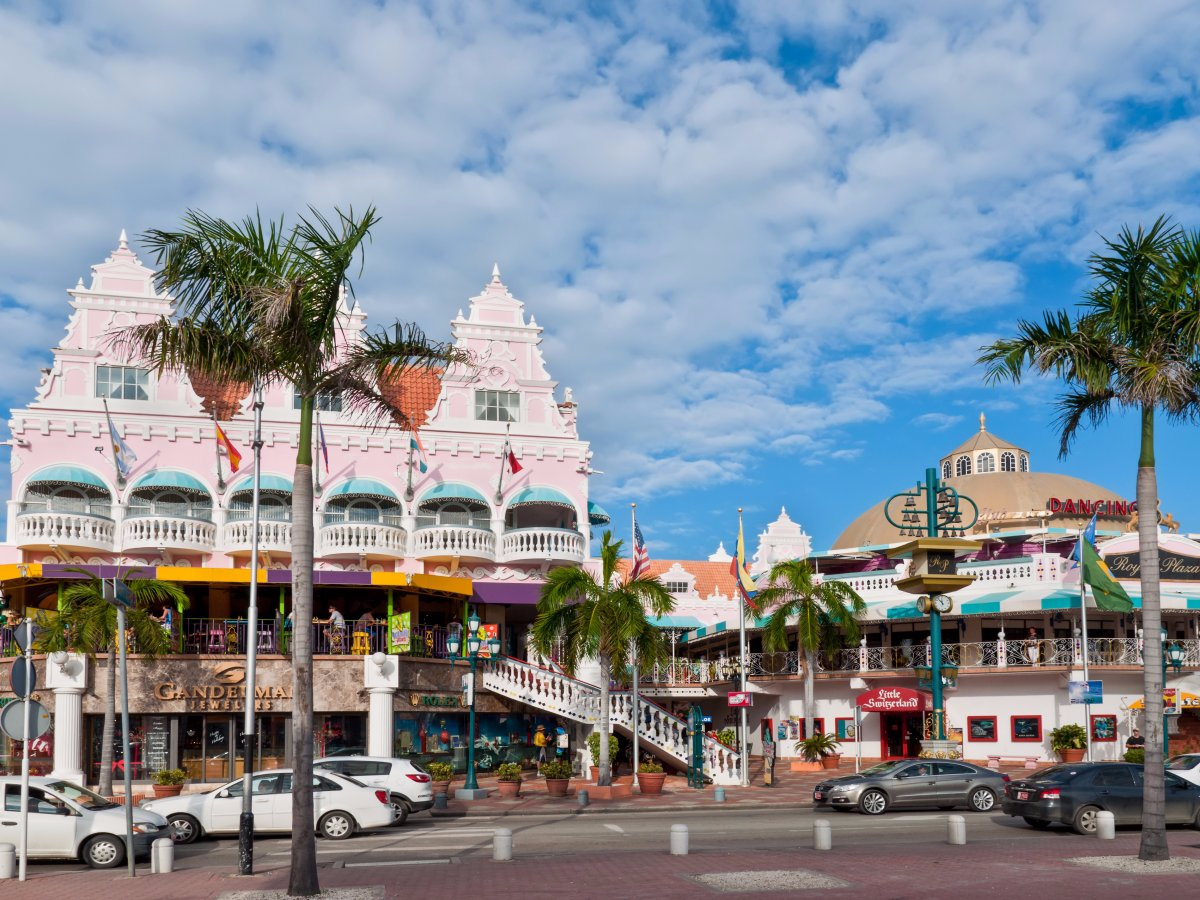 Shutterstock/byvaletOranjestad is the Dutch island’s capital.

Aruba announced that it will welcome back visitors sometime between June 15 and July 1. Its visitors’ bureau says that this is subject to change, however, as they “may consider additional precautionary measures as needed.”

Aruba has had 101 COVID-19 cases and three related deaths, according to Johns Hopkins data.