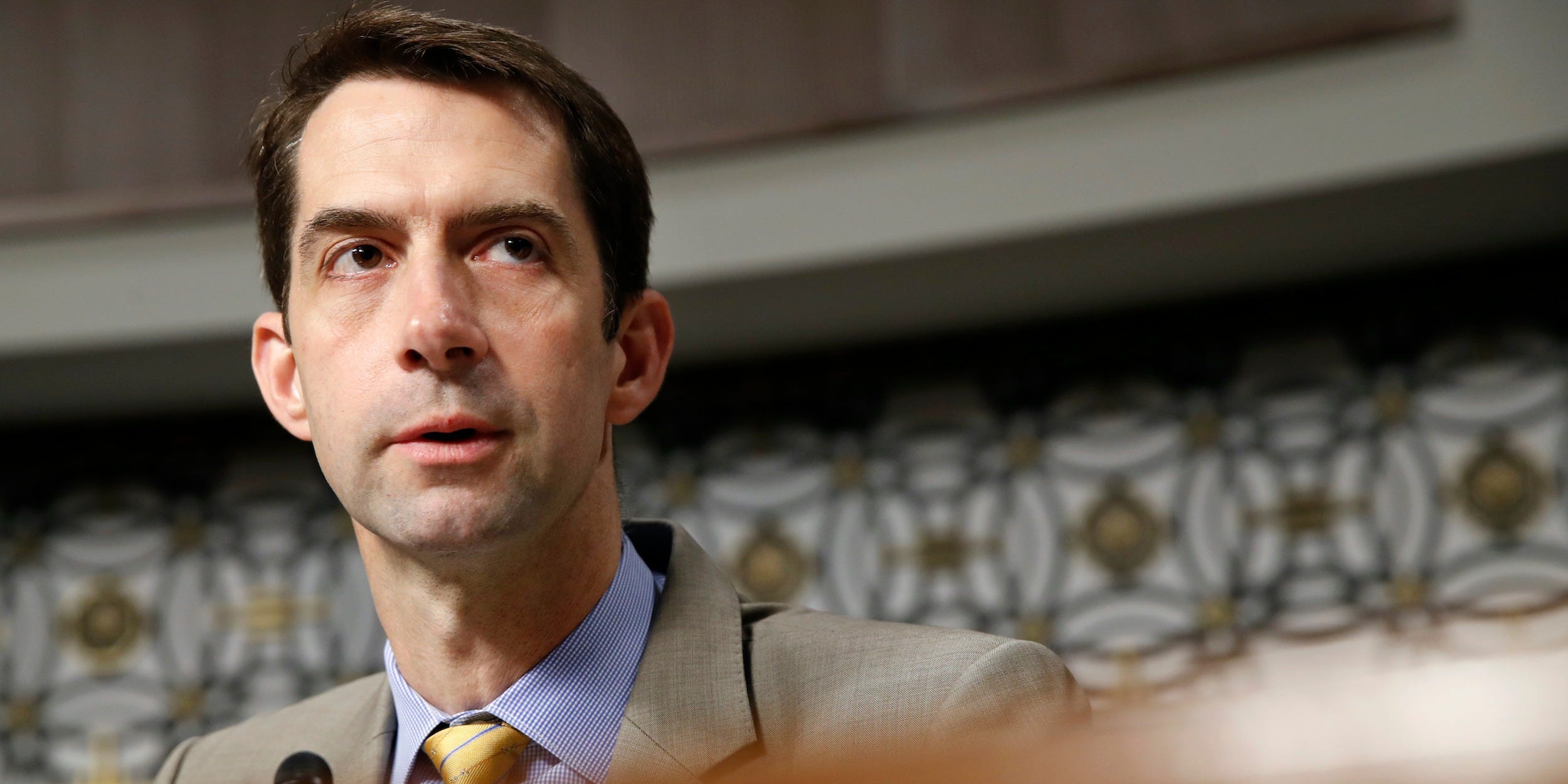 Republican Sen. Tom Cotton of Arkansas showed no sympathy Thursday for critics of his “Send in the Troops” op-ed being published in the New York Times, calling reporters who raised safety concerns “a woke mob.”

Cotton, who has repeatedly called for greater military intervention in response to the protests over the death of George Floyd, gave an interview to Politico addressing the backlash.

In addition to an outry from readers and Times alumni, black reporters specifically expressed worries that their safety in the field was being put at risk with the paper publishing the op-ed.

Subsequently, three journalists at the paper told management that sources had stopped agreeing to send them information because of the decision to publish Cotton’s piece, according to a report from the Times media reporter.

When asked about those concerns, Cotton told Politico he found it “amusing how these woke progressives” purport to have liberal values, but as soon as they’re presented with an opinion with which they disagree, they have a meltdown and demand censorship and firings.”

Times Publisher A.G. Sulzberger sent a letter to staff defending the decision to publish the op-ed.

James Bennett, the editorial page editor, also wrote a stand alone piece outlining the importance of publishing countervailing opinions, even if he and others on the opinion side disagree with the views expressed.

The debate over the Cotton op-ed has centered around conventional journalistic values clashing with the notion of amplifying or legitmising dangerous courses of action.

The emerging divide in journalism is not between "let all relevant arguments be heard" and "don't publish opinions we find repulsive." It's between those who ask, "is this something we should be amplifying?" and those who don't see the importance of putting the question that way.

Jay Rosen, a journalism professor at NYU, described the debate as “between those who ask, ‘is this something we should be amplifying?’ and those who don’t see the importance of putting the question that way.”