Here's what Costco looked like when it first opened in 1983 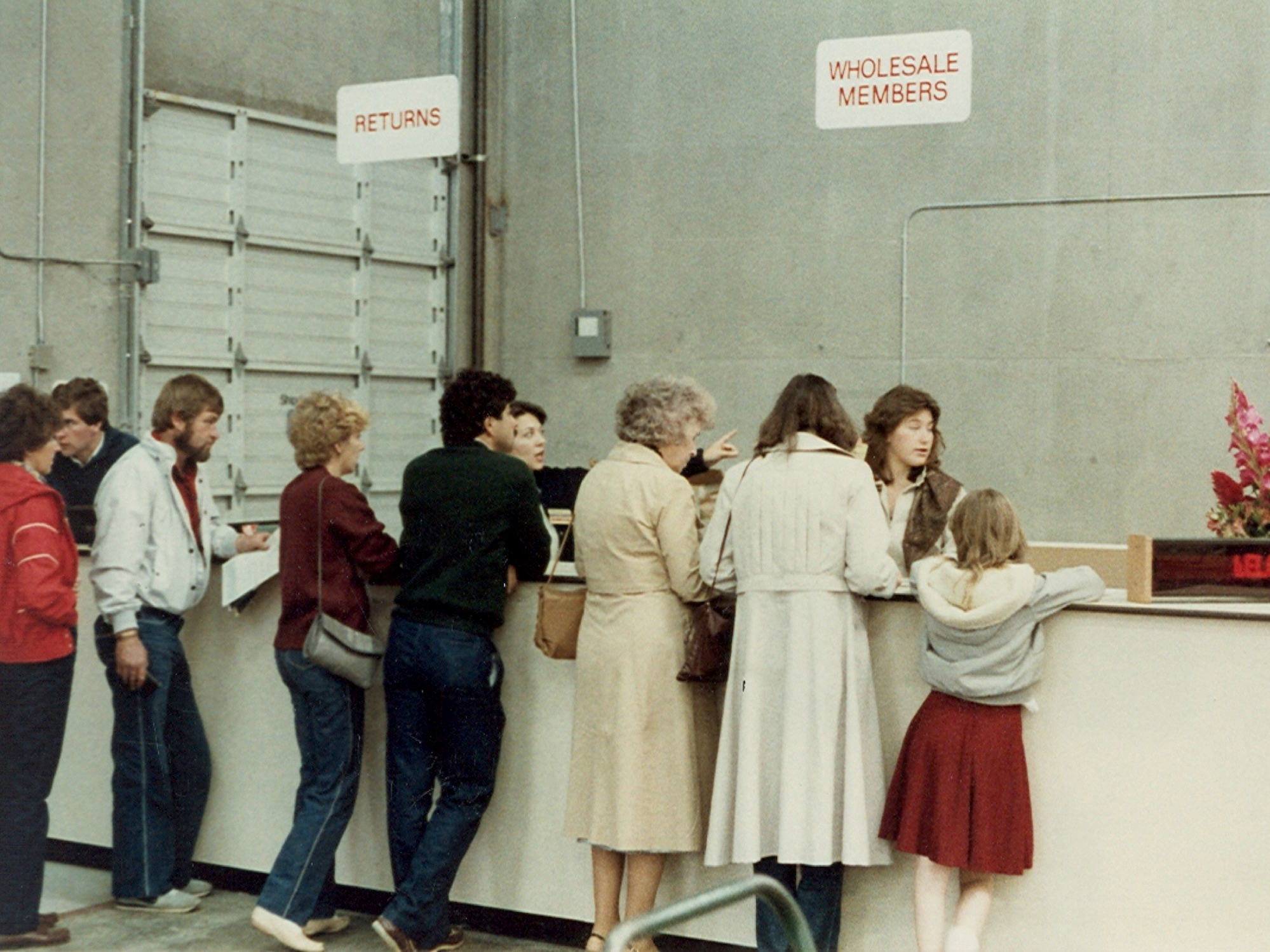 Costco is a staple of the big-box-store landscape. Since its beginning, it has attracted a devoted flock of members thanks to its low prices and bulk sizes.

But the wholesale retailer’s origin story is a bit complicated. You see, modern-day Costco is actually the result of a 1993 merger between Price Club and Costco. Price Club kicked off in 1976, and Costco followed suit several years later.

Costco provided Business Insider with a number of photos of the company’s first warehouse from 1983.

These images provide a glimpse into what making a Costco run would have looked like back when Ronald Reagan was in the White House.

Jim Sinegal and Jeff Brotman first dreamed up the idea for Costco Wholesale in 1982. Brotman, who died in 2017, was an attorney who was inspired to open a European-style wholesaler after taking a trip to France. 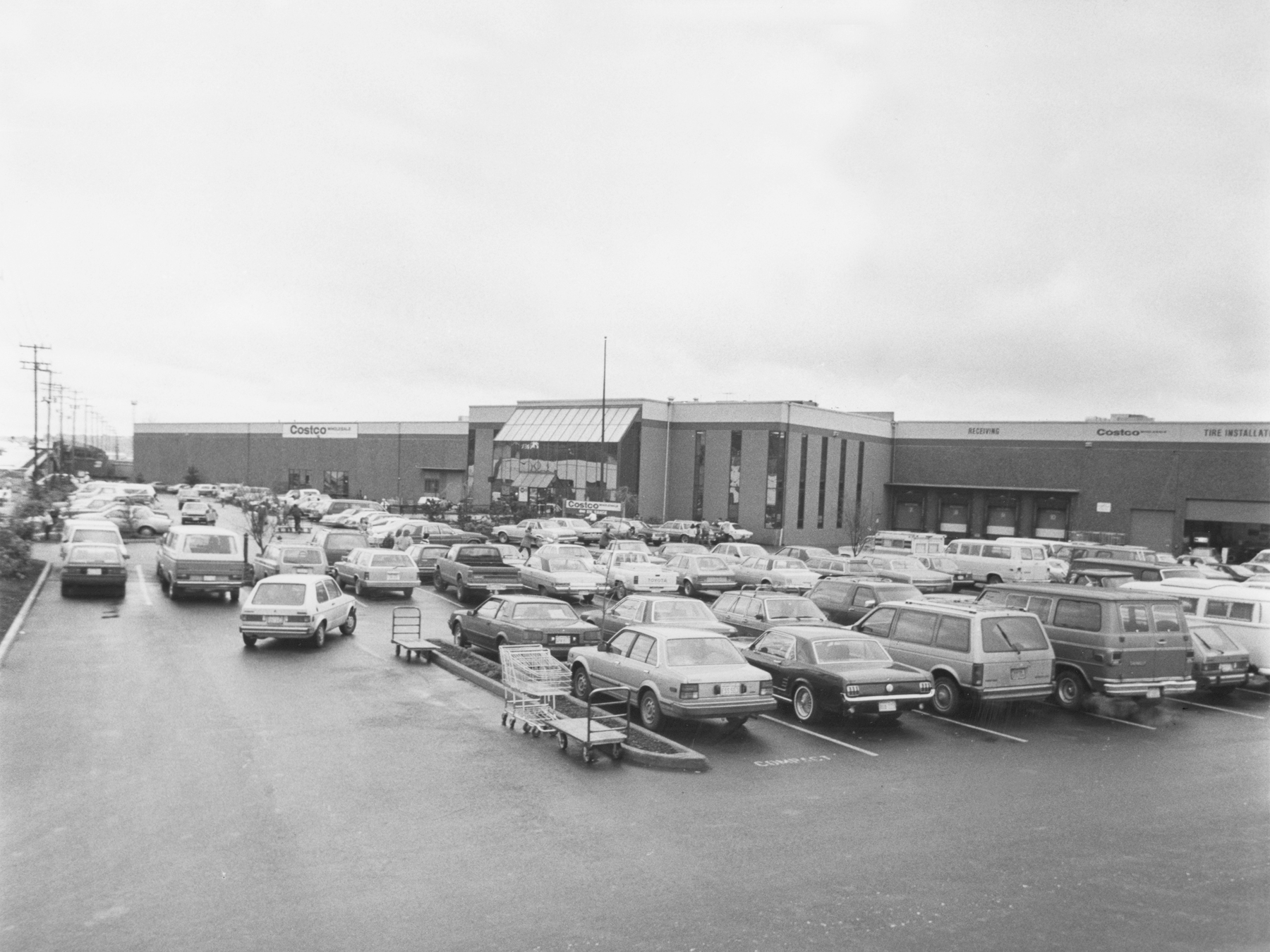 Brotman told CNN in 2009 that he ended up cold-calling Sinegal, and the two hit it off. 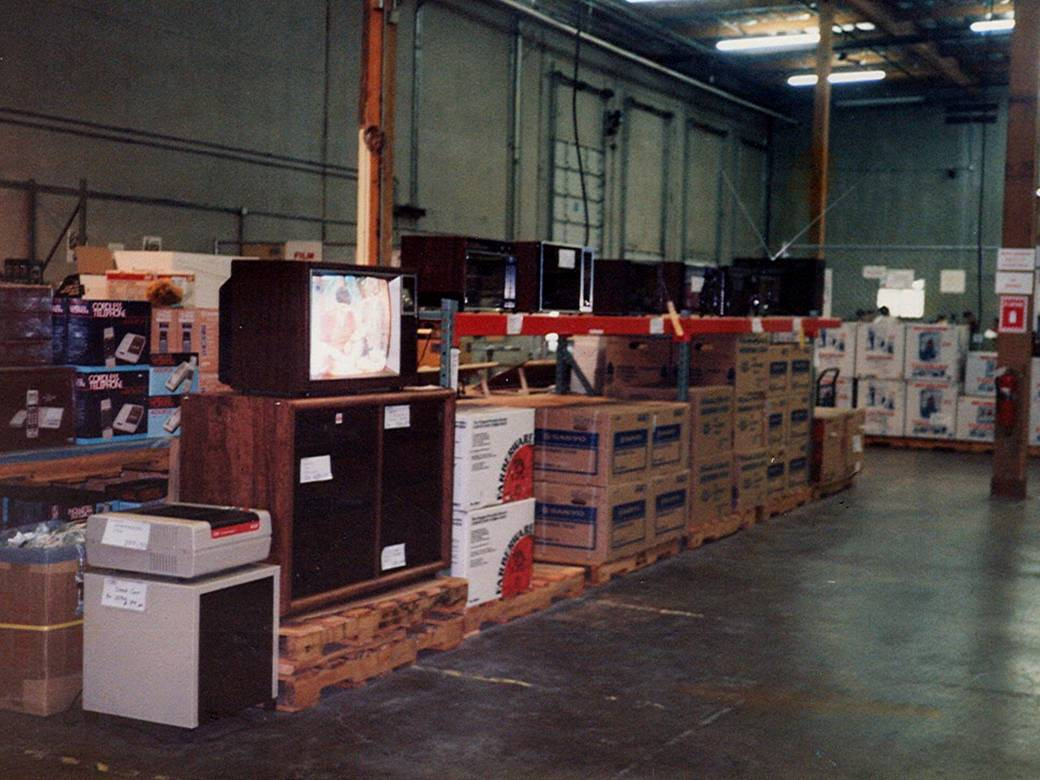 Sinegal was a retail executive who’d previously worked under the businessman Sol Price at a warehouse club called FedMart. Sinegal and Brotman later told CNN that they planned to essentially “clone Price Club” when they launched the first-ever Costco in Seattle in 1983. Years later, Price Club and Costco merged to become the Costco we all know and love today. Keith Beaty/Toronto Star via Getty ImagesA Price Club employee gets to work in 1992.

But the first warehouse bearing the Costco name kicked off its grand opening with a business show on September 15, 1983. Courtesy of Costco WholesaleA flyer announcing the opening of the first Costco.

Back when it first opened its doors, Costco offered business owners memberships for a $US25 annual fee. Courtesy of Costco WholesaleThe sign explaining different types of memberships at Costco in 1983.

Meanwhile, “Group Gold” Costco members could shell out $US30 a year to gain access to the warehouse chain. Courtesy of Costco WholesaleThe membership desk at Costco in 1983.

Sinegal told the Motley Fool that the chain’s first 100,000-square-foot warehouse was a “pretty simple facility” that lacked “many of the enhancements that we’ve added to the business since then.” 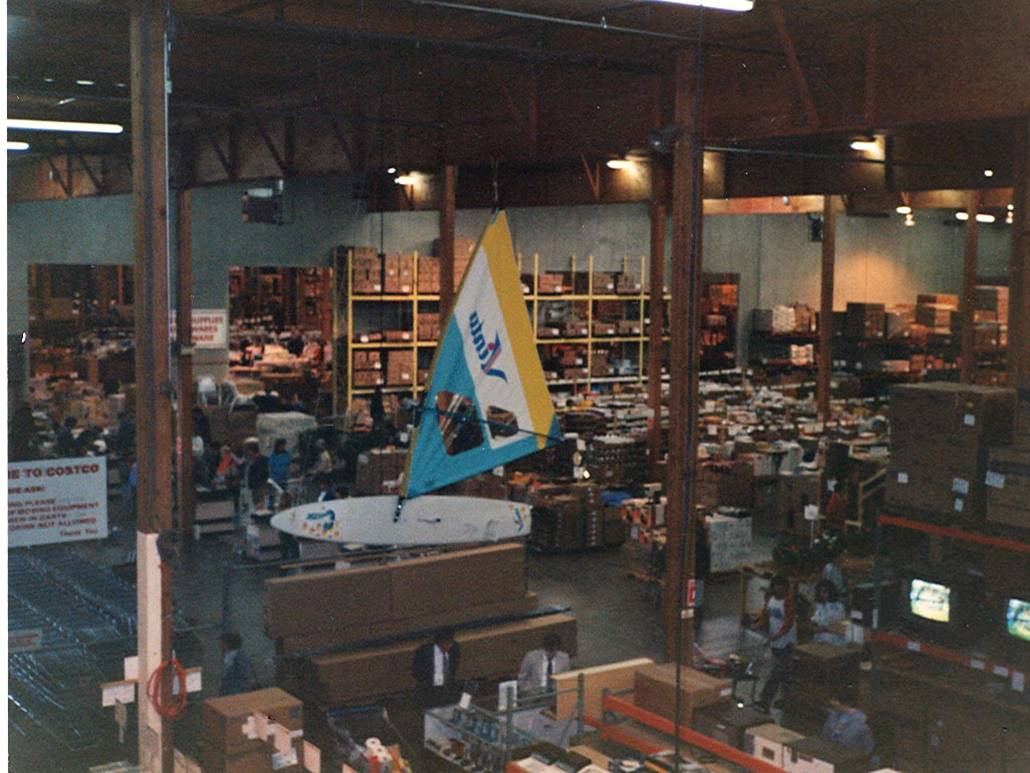 In 2009, he also told CNN that the “crowds weren’t overwhelming” at first, but “business built up” gradually. Sinegal served as Costco’s CEO from 1983 until his retirement in 2011. 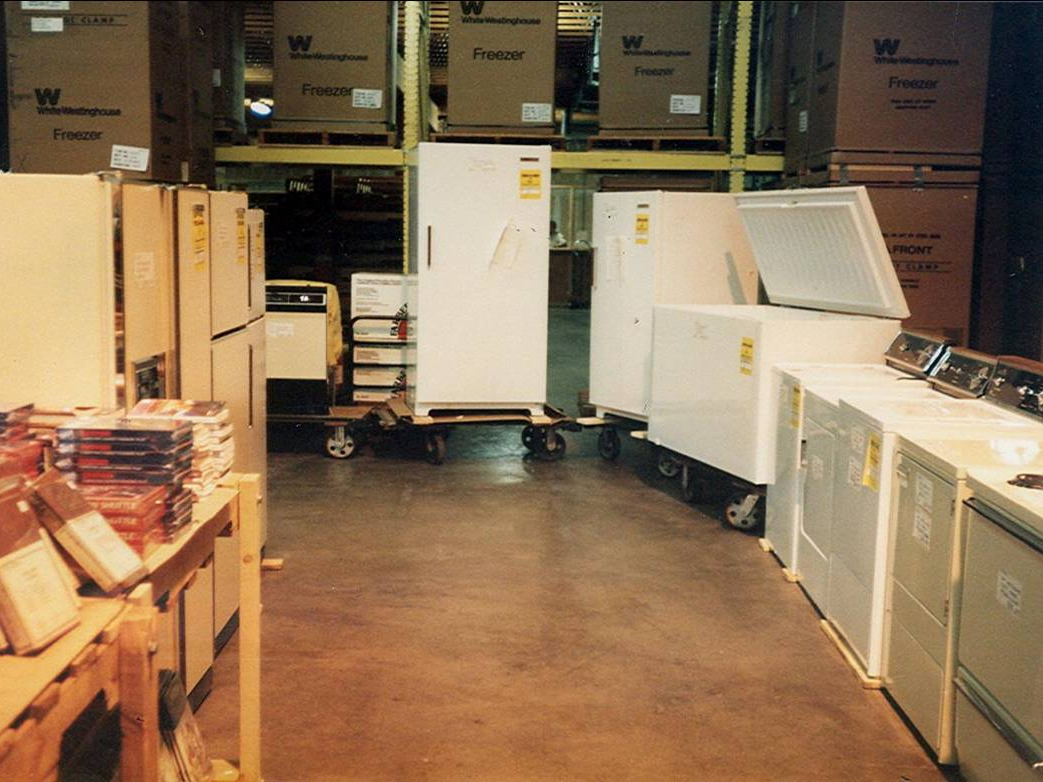 Costco’s low-priced, bulk-size offerings ended up catching on with shoppers. Courtesy of Costco WholesaleA member pushes a cart through a Costco warehouse.

Less than a year after it was founded, Costco began to expand across the Pacific Northwest … Courtesy of Costco WholesaleA crowd flocks to Costco in 1983.

… launching stores in Portland and Spokane in 1983. 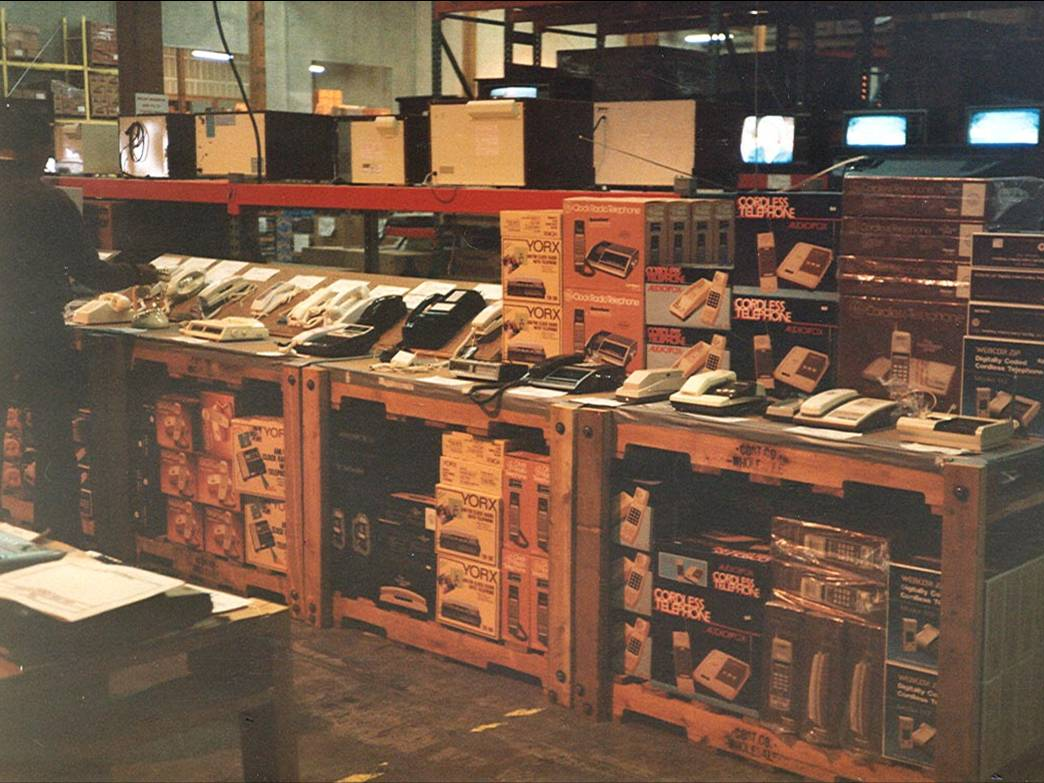 Sinegal explained the chain’s rapid expansion to the Los Angeles Times in 1985, saying, “We are working to get established in certain markets, to preempt those markets.” 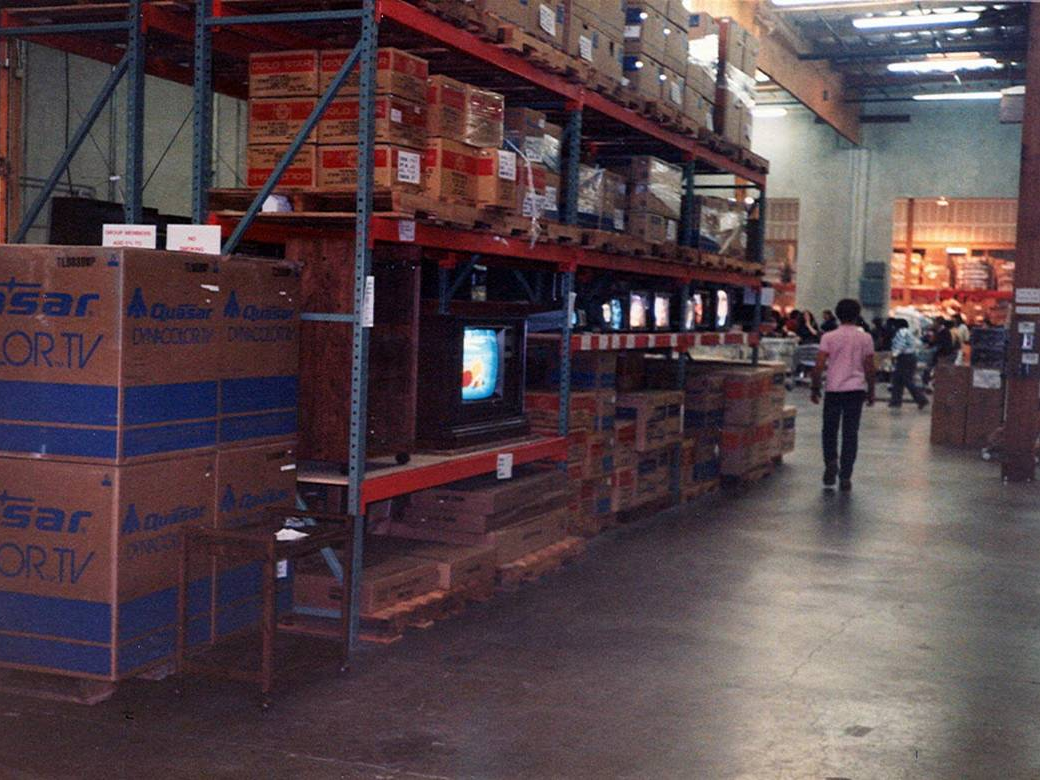 Courtesy of Costco WholesaleCostco members in a warehouse. 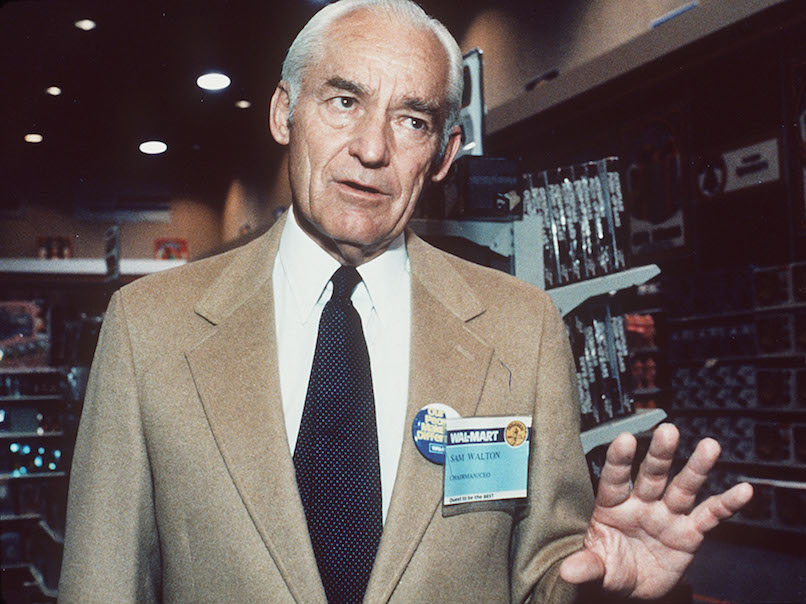 “When Walmart announced it was going into the discount warehouse business, we had to compete and grow quickly,” Brotman told CNN in 2009. “That’s why we expanded as fast as we did,” the Costco cofounder said. 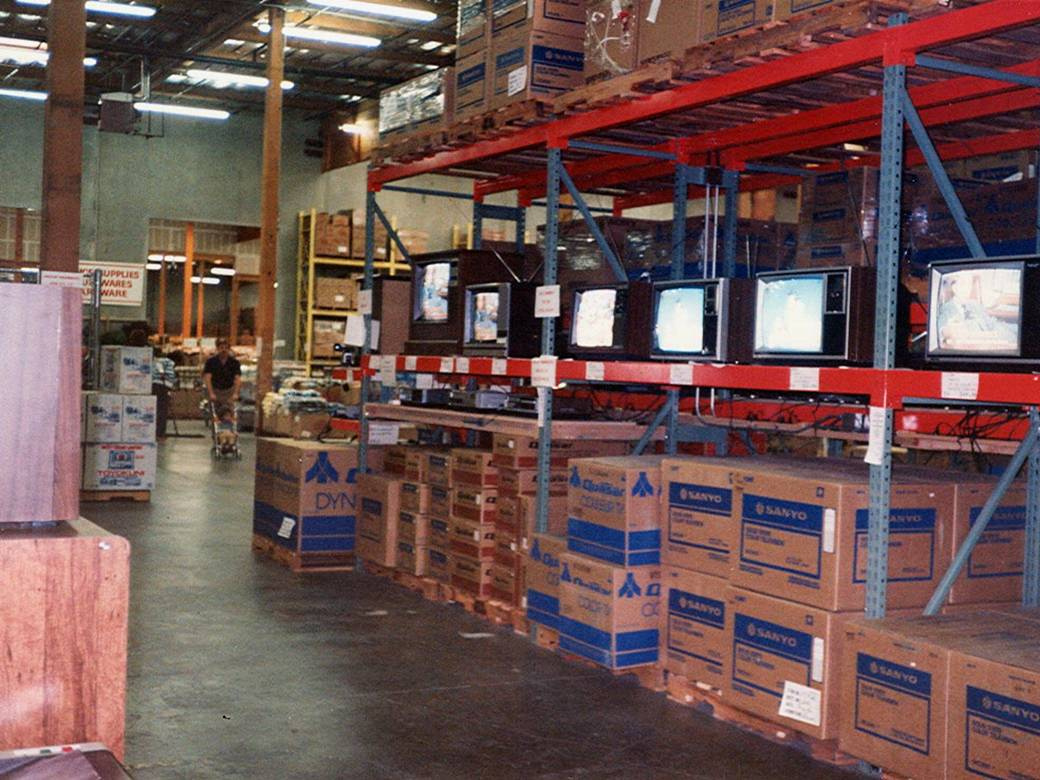 Courtesy of Costco WholesaleShoppers flood a Costco in 1983.

That same year, The Associated Press dubbed both Price Club and Costco as “key players” in the wholesale-retail game. 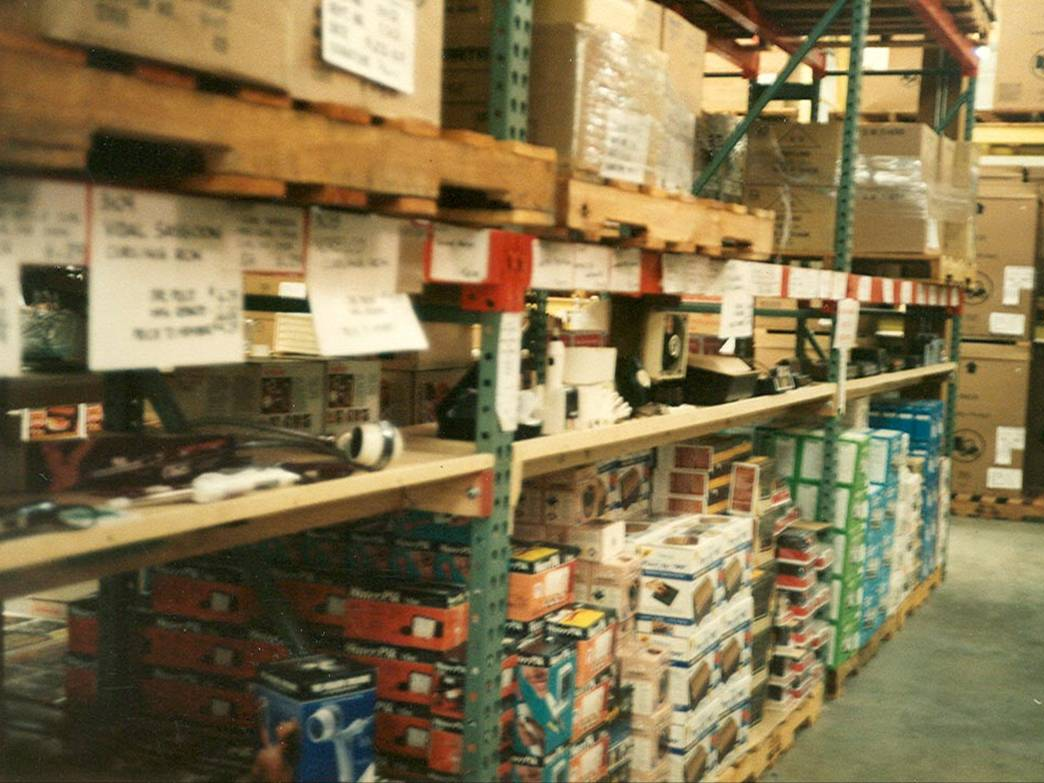 Courtesy of Costco WholesaleMerchandise in an early Costco.

Costco went public on December 5, 1985, according to the company’s website. Price Club had already gone public back in 1980. Courtesy of Costco WholesaleCrates in an early Costco. 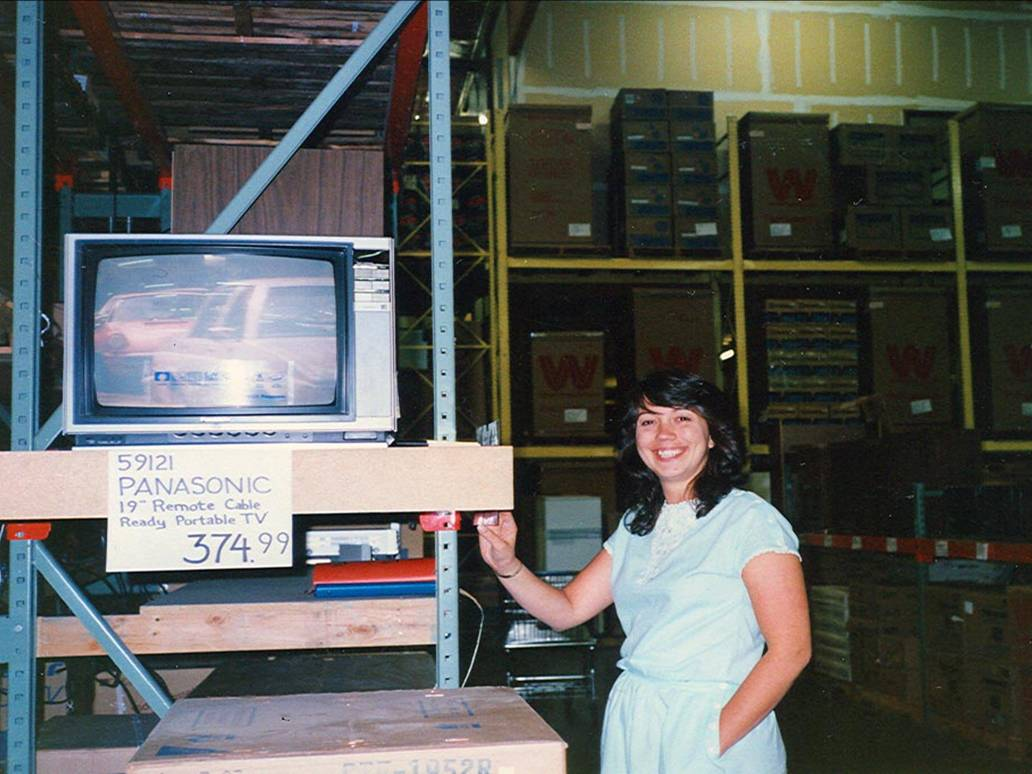 Just three years after opening its doors, Costco was a $US1 billion company, Sinegal told CNN. 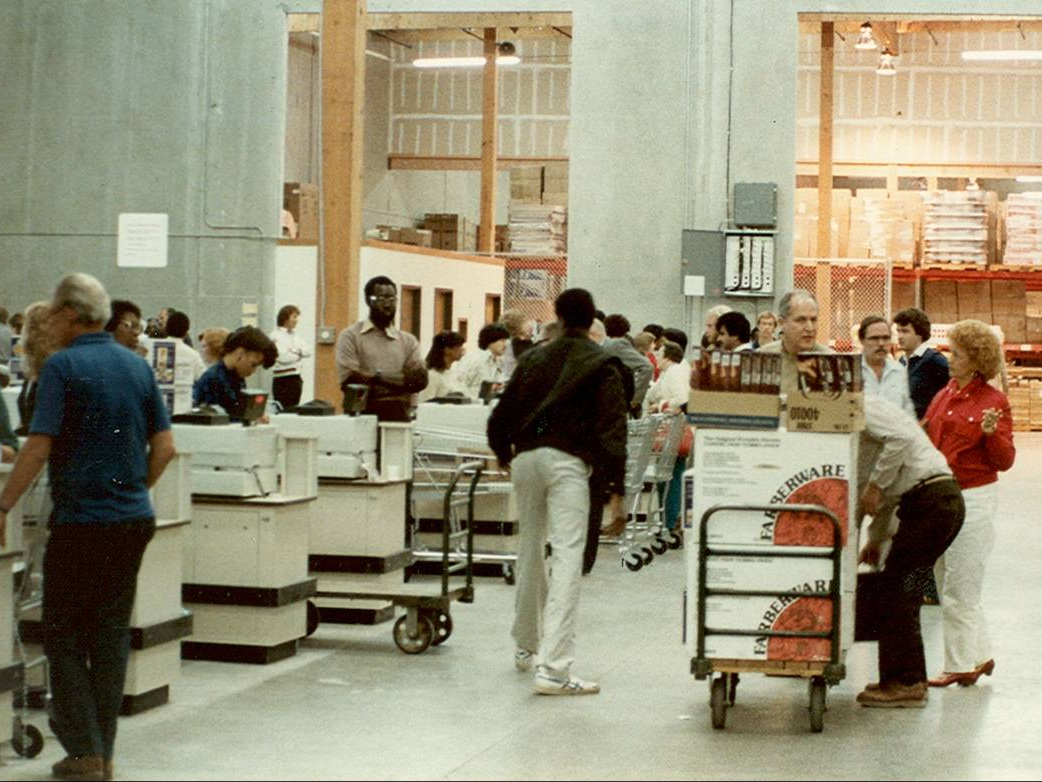 Courtesy of Costco WholesaleCostco members — and cofounder Jim Sinegal — near the checkout aisles.

At that point, the chain boasted “17 locations, 1.3 million members, and 3,740 employees,” according to Costco’s website. Costco and Price Club merged in 1993. Initially, the new company went by PriceCostco, ultimately switching to the name Costco Companies Inc. in 1997. 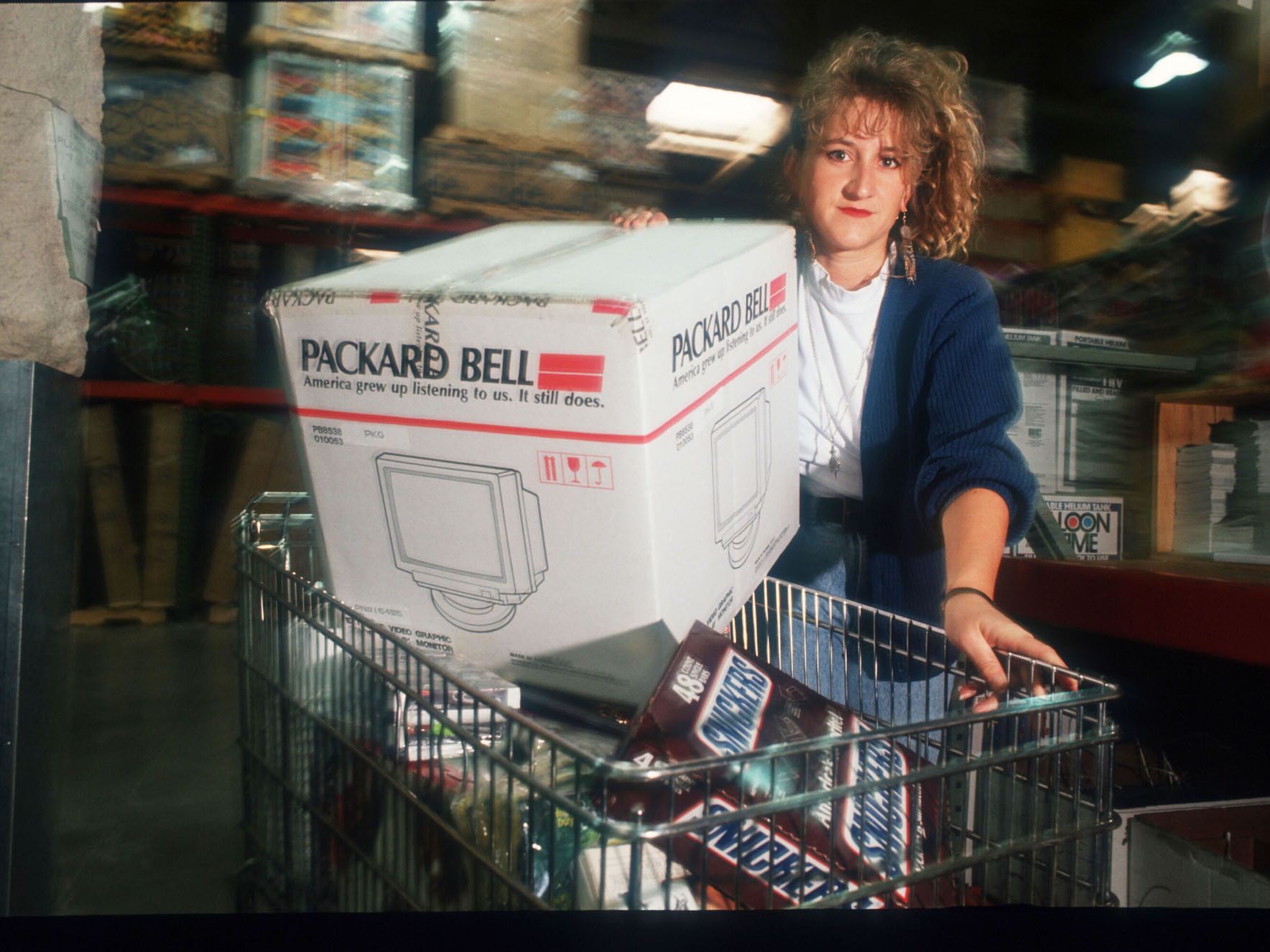 Douglas Burrows/Liaison/Getty ImagesA Costco member shops at a warehouse in 1991.

A former employee who started at Price Club in 1984 and stayed with the company for 20 years told Business Insider that initially after the merger, there was a slight divide between “red” Costco warehouses and “blue” Price Club warehouses. “When I was a corporate auditor for the company, the first thing the folks at the warehouse would ask me is, ‘Are you red or blue?'” he said. 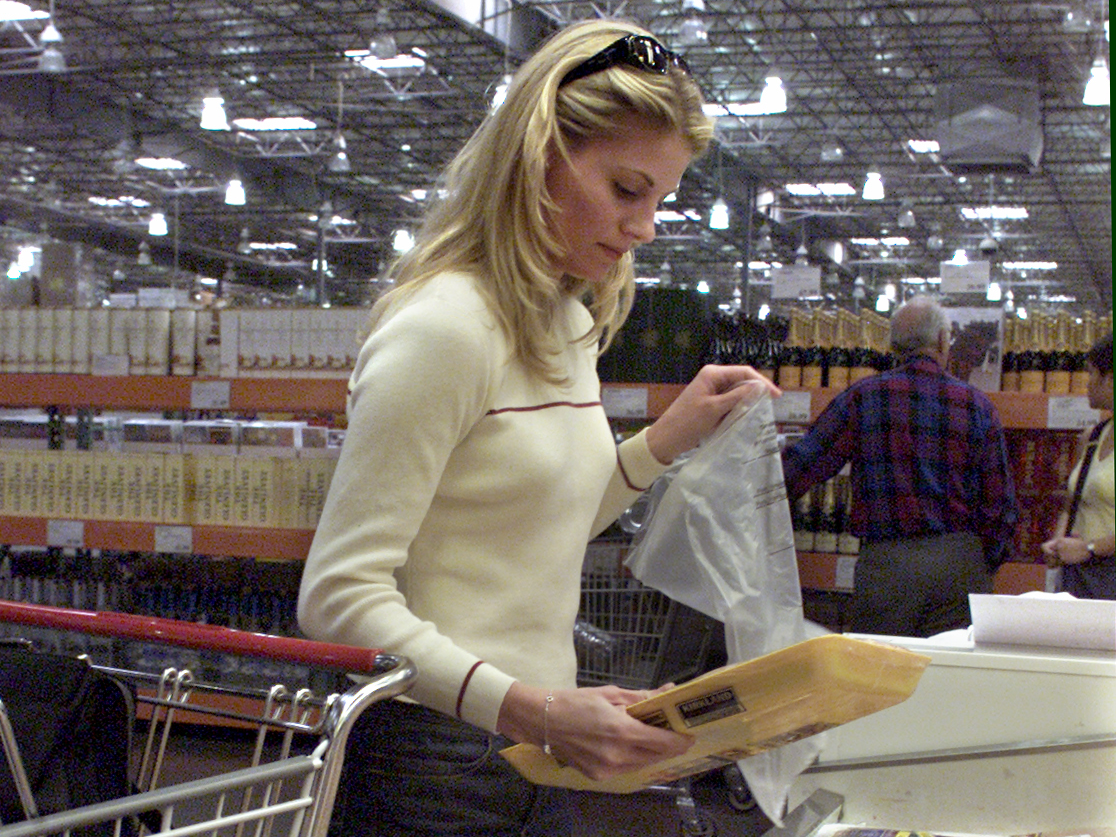 But he added that employees eventually got on the same page. “It wasn’t really a bad thing,” the former employee said. “Price Club had evolved into a different animal, and Costco really took us back to bare bones.” 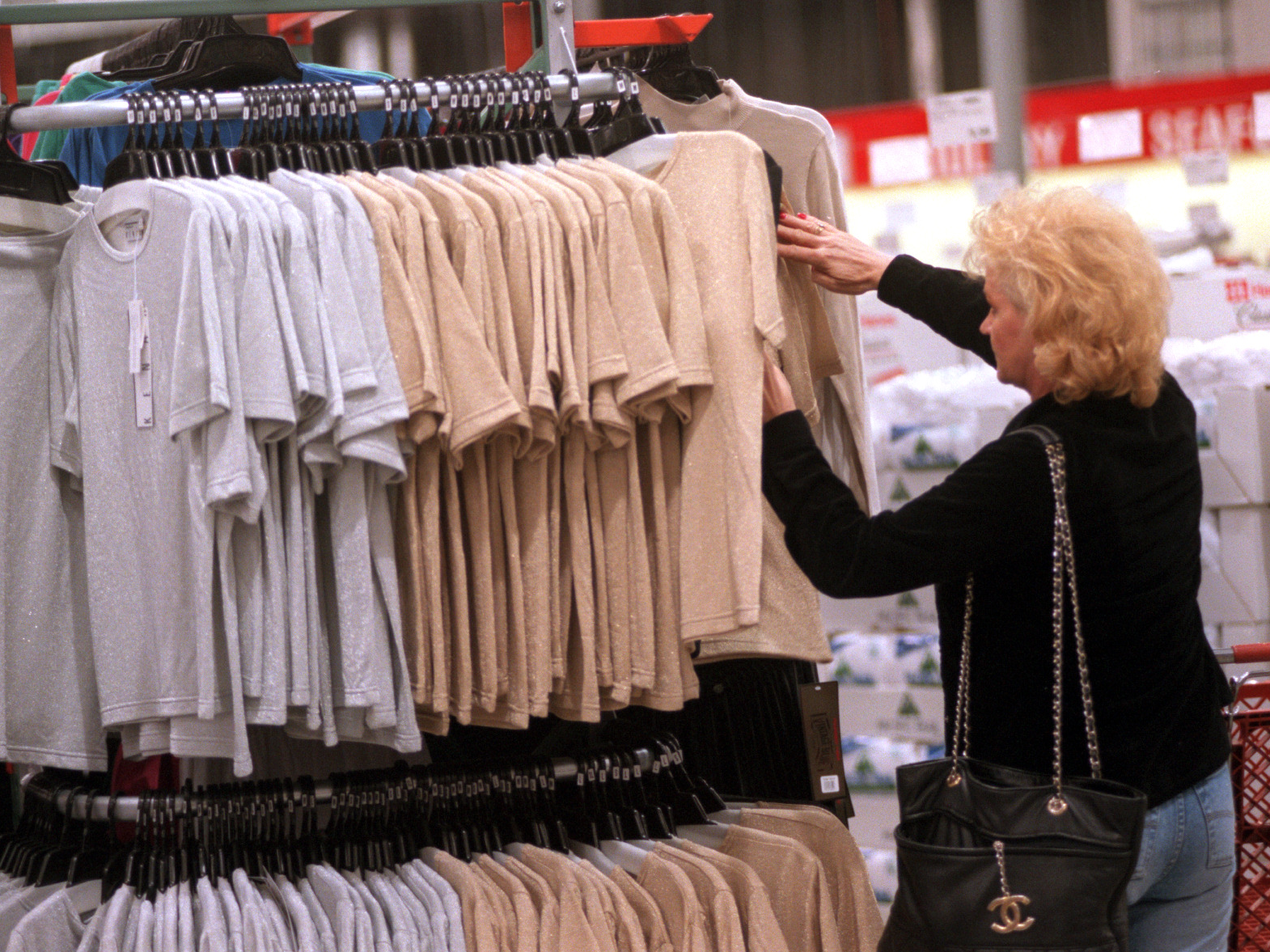 Are you a current or former Costco employee with a story to share? Email [email protected]