The membership-based warehouse store can be an overwhelming maze of discounts and deals. The retailer charges $US60 annually for a basic membership and $US120 for an executive membership.

Costco memberships come with many perks, including cheap gas, vacation deals, and discounts on prescription medication. The store also offers plenty of savings opportunities on top of its already low prices, like coupons and “warehouse savings.”

Even though Costco offers a lot of great deals, it can be tricky to weed through them to find the best ones. Plus, Costco is known for its massive lines and hectic shopping experience.

Some tricks to know include looking at the price tags to see if a markdown is final, splitting bulk deals with friends or family, and heading to the center of the store to find the best deals.

Here are more ways to save time and money while shopping at Costco:

Make a beeline to the center of the store.

The flashy displays in the front of the store may be fun, but they’re likely more expensive. Head to the center of the store to find some of the best deals.

Keep an eye out for the “star.”

If an item has an asterisk on the price tag, it will not be restocked. Make sure to buy it while you can.

Buying in bulk offers major savings, but you may not have the storage space for everything. If you split bulk items, you and a friend can both see major savings, without being weighed down by having more than you need.

Visit at the end of summer for end-of-season sales.

Costco has great end-of-season sales, especially at the end of summer. Seasonal items like patio furniture and pool toys are heavily marked down to make room for next season’s products.

Check out the food court.

Costco’s food court has some of the cheapest meals around, like a hot dog and soda for $US1.50 or $US1.99 for a slice of pizza.

If an item ends with $US0.99, it’s regularly priced merchandise – not a mega deal. Items ending with $US0.97 have been marked down, meaning you’re probably getting more for your money. And if you see a price tag ending in $US0.88 or an even dollar, those are usually local markdowns by a manager trying to get rid of a product.

Costco’s well-known Kirkland Signature brand pops up everywhere in the store, from snacks and shirts to paper towels.

Kirkland products are generally less expensive than name-brand products. For example, Kirkland sells a snack very similar to Kind bars for about 60% of the price, but both items are still on shelves.

According to The Wall Street Journal, about 25% of Costco’s $US118.7 billion in annual sales comes from Kirkland Signature products.

Check out the gift-card aisle.

Snack on samples, but don’t shop for them.

Everyone loves the free samples at Costco, but they often lead to impulse buying that ends up costing you more money.

Check out the books.

Like many specialty bookstores, Costco typically stocks new book releases early. The chain keeps prices low, so make sure to check Costco if you’re looking for something new to read.

Shop for candy before Halloween and Christmas.

You may not need 30 king-size candy bars for most of the year, but, around holidays like Halloween and Christmas, you can save money by stocking up.

Costco has a very generous return policy. In fact, employees have said members can even get away with returning mostly eaten food.

One California Costco employee told Business Insider’s Áine Cain, “We can’t say no to any members, so don’t bring anything back that’s 10 years old, such as a fake Christmas tree we got back that was sold in 2007. We want to help, but that sets a bad example for everyone to bring anything back.”

Costco’s pharmacy prescription drugs are significantly less expensive than many other pharmacies. Even better, you don’t need to be a member to use the pharmacy.

If you aren’t sure about signing up for a membership, try a Costco Cash Card.

Costco Cash Cards are essentially gift cards that can be used at Costco stores or online. Only members can buy them, but anyone can use them. So, if you aren’t sure about spending the $US60 to join, you can use a cash card to try it out.

Get extra cash back with the right credit card.

Visa is the only type of credit card accepted at Costco. But if you use the Costco Anywhere Visa, you can get 2% cash back on purchases and 4% back on gas.

Costco offers deals on most items, but its household goods are especially cheap, according to Time. Milk, bread, and eggs are often much cheaper at Costco than at Walmart and discount grocery stores. Costco keeps these products so cheap to help boost store visits, because customers run out of products like milk and bread much faster than they run out of Costco’s famous bulk-size products.

Check your mail for Costco coupons.

Costco doesn’t accept manufacturer coupons, but it mails coupons to members about once a month. Costco coupons offer discounts on groceries, electronics, furniture, and seasonal items.

If you can, shop on weekdays.

PopSugar reports that Costco is often busiest on Saturdays and Sundays, so shop during the middle of the week to beat the rush.

Bring your own bags.

Instead of shopping bags, Costco offers shoppers cardboard boxes from product shipments. If you don’t want to lug big boxes across the parking lot, you can make things easier by bringing along a few reusable shopping bags.

Costco’s customer-service counter is a great place to ask for extra coupons, look up past purchases without a receipt, and learn about rewards, according to PopSugar.

Stop for gas at Costco.

Many Costco warehouses also have gas stations, so you can fill up your car for a fraction of the price.

Costco offers periodic discounts on top of its already low prices. The retailer calls them “warehouse savings,” but they are essentially sales. They happen about once a month. 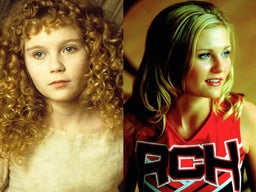 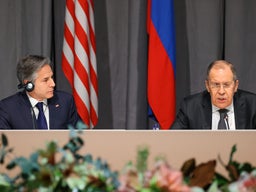 Russia’s top diplomat accuses the US and NATO of risking a...