A day in the life of a marketing executive who wrote a wildly popular LinkedIn post about being a single dad, and is now juggling work and the demands of raising 2 boys while in quarantine 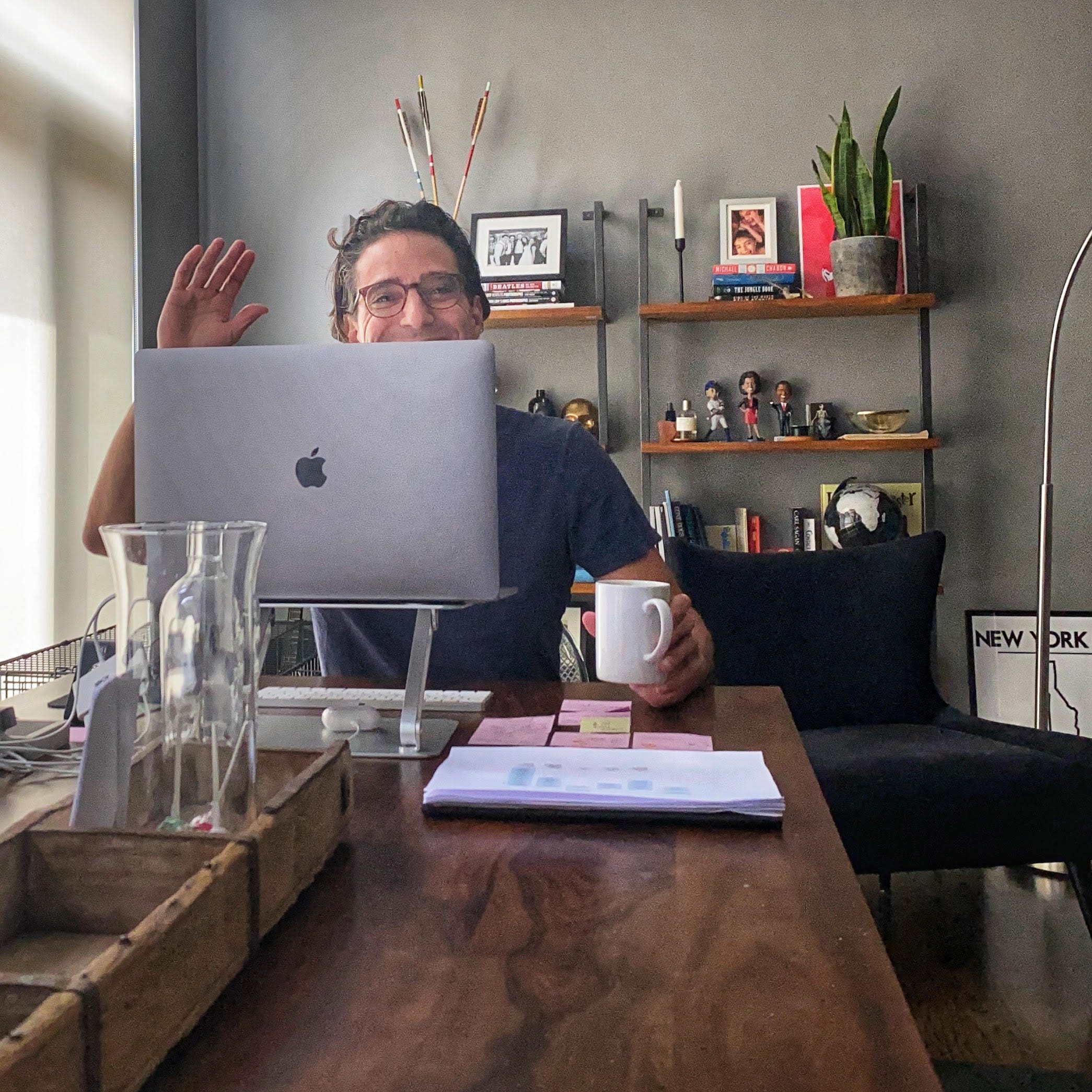 Ian SohnThe businessman and single father of two said mistakes are just part of being a parent. Just ‘show up’ every time you interact with your kids, he said.

One year ago, Ian Sohn, a business executive and single father of two, penned a LinkedIn post on work-life balance that would garner over 54,000 likes and make headlines across the country. Sohn is the president and chief client officer of Hawkeye, a marketing agency. He’s been working in digital strategy, communications, and business development for over a decade.

Sohn recounted how, a few years back, one of his managers “reacted with incredulity” when he explained he couldn’t fly out for a business trip with just 12 hours notice because he had to take care of his children. His boss’s reaction “felt horrible,” he said.

The single father wrote about the experience because he wanted his direct reports and other business leaders to know that being a parent and having a personal life are not things to be ashamed about.

His post sparked many personal conversations, Sohn said, including people asking him what it’s like being a single dad and also being a corporate leader.

Business Insider reached out to Sohn to see how his life has been since publishing the buzzy essay. The executive gave us a look at his daily schedule, his best advice on fatherhood, and how he’s balancing being a manager and a dad under quarantine because of the coronavirus outbreak.

Sohn wrote about being a single father on LinkedIn lat year. The post prompted many conversations about being a corporate executive and single parent. 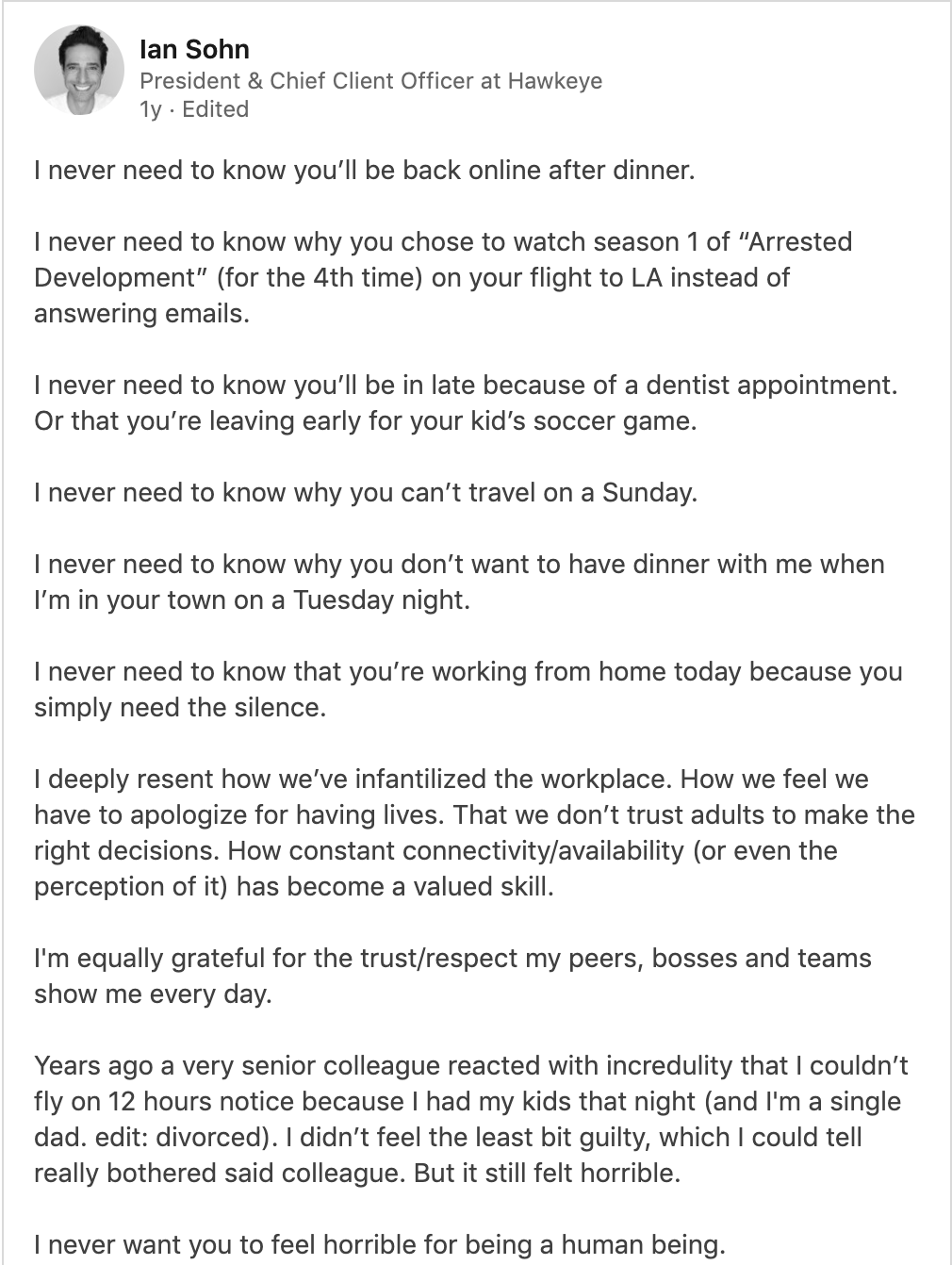 Sohn and his two sons, 10-year-old Maddox and 13-year-old Henry, have “an unshakable camaraderie” built around inside jokes and spending time together. The boys split their time with Sohn and their mother. 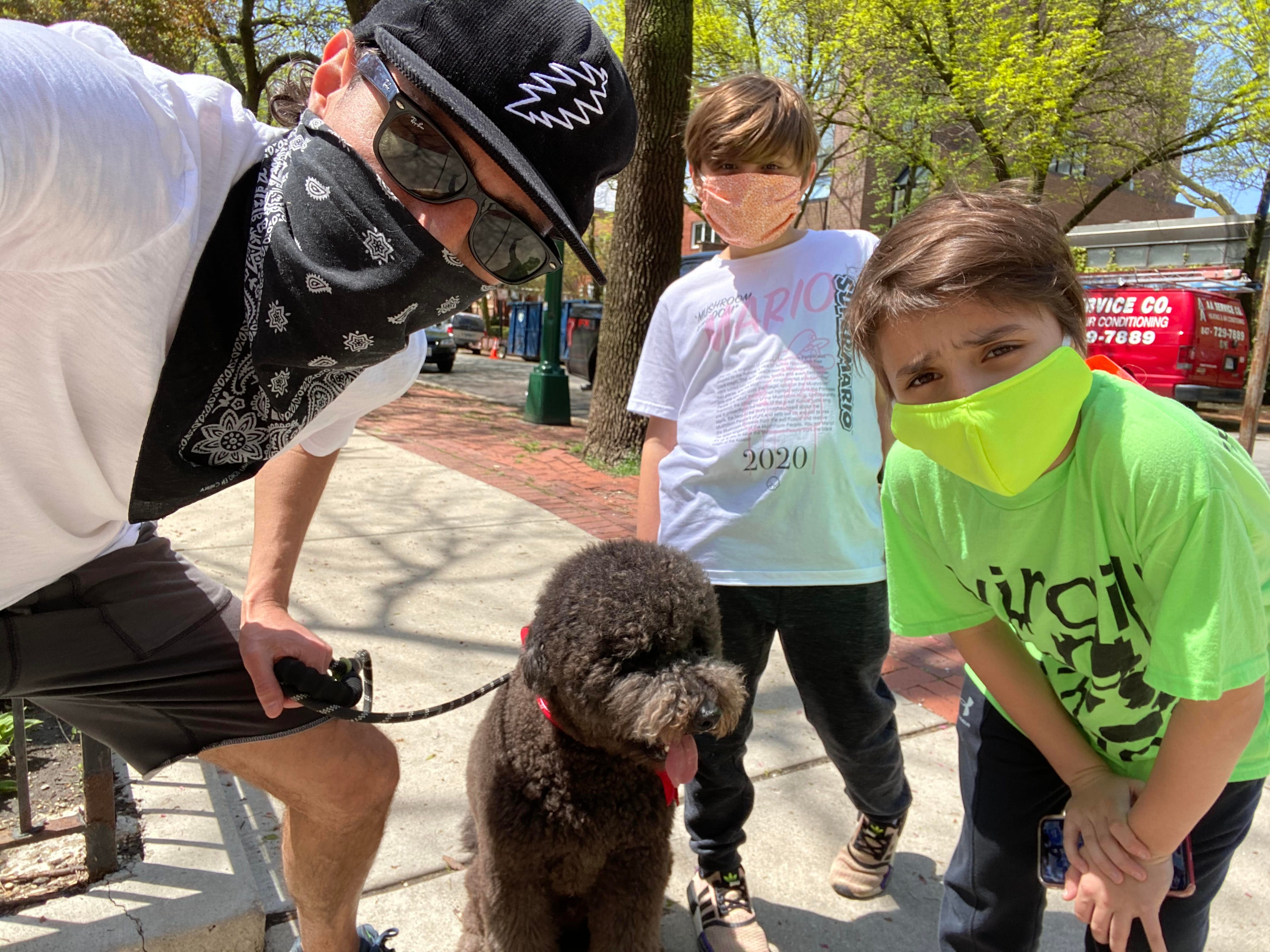 The father of two is an early bird. He wakes up at 5 a.m. to read the news, have breakfast, and go out for a walk with the family’s dog, Cash. 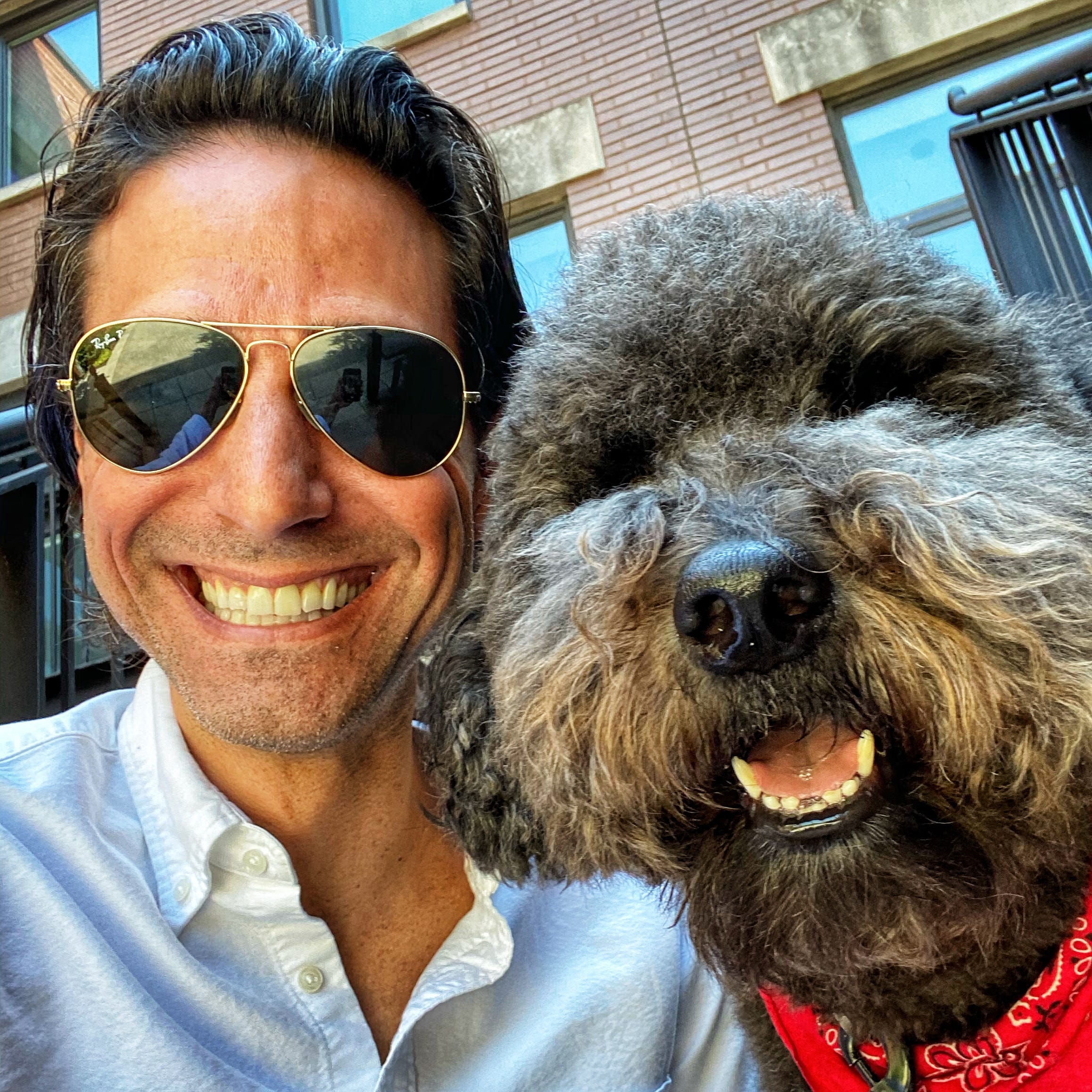 Sohn said the pandemic has slowed the family’s morning routines, but “in a good way.” Maddox wakes up early, while Henry sleeps a bit later. 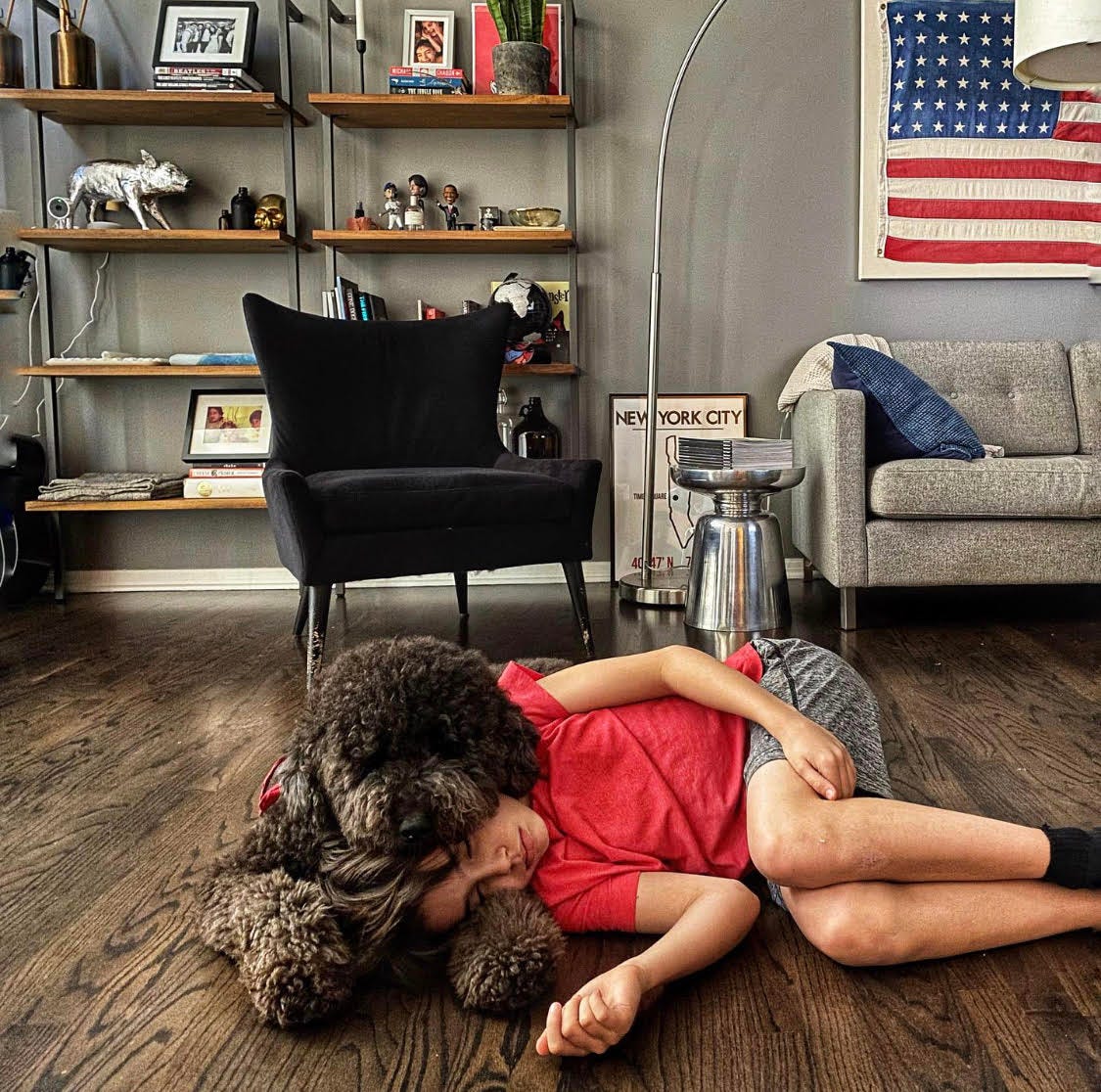 Sohn sits down for work at around 8 a.m. “I’m very intentional about trying to start my day at a specific time,” he said.

The kids sit down to do their online learning, while Sohn works a full day from his laptop either in his office or at the dining-room table. 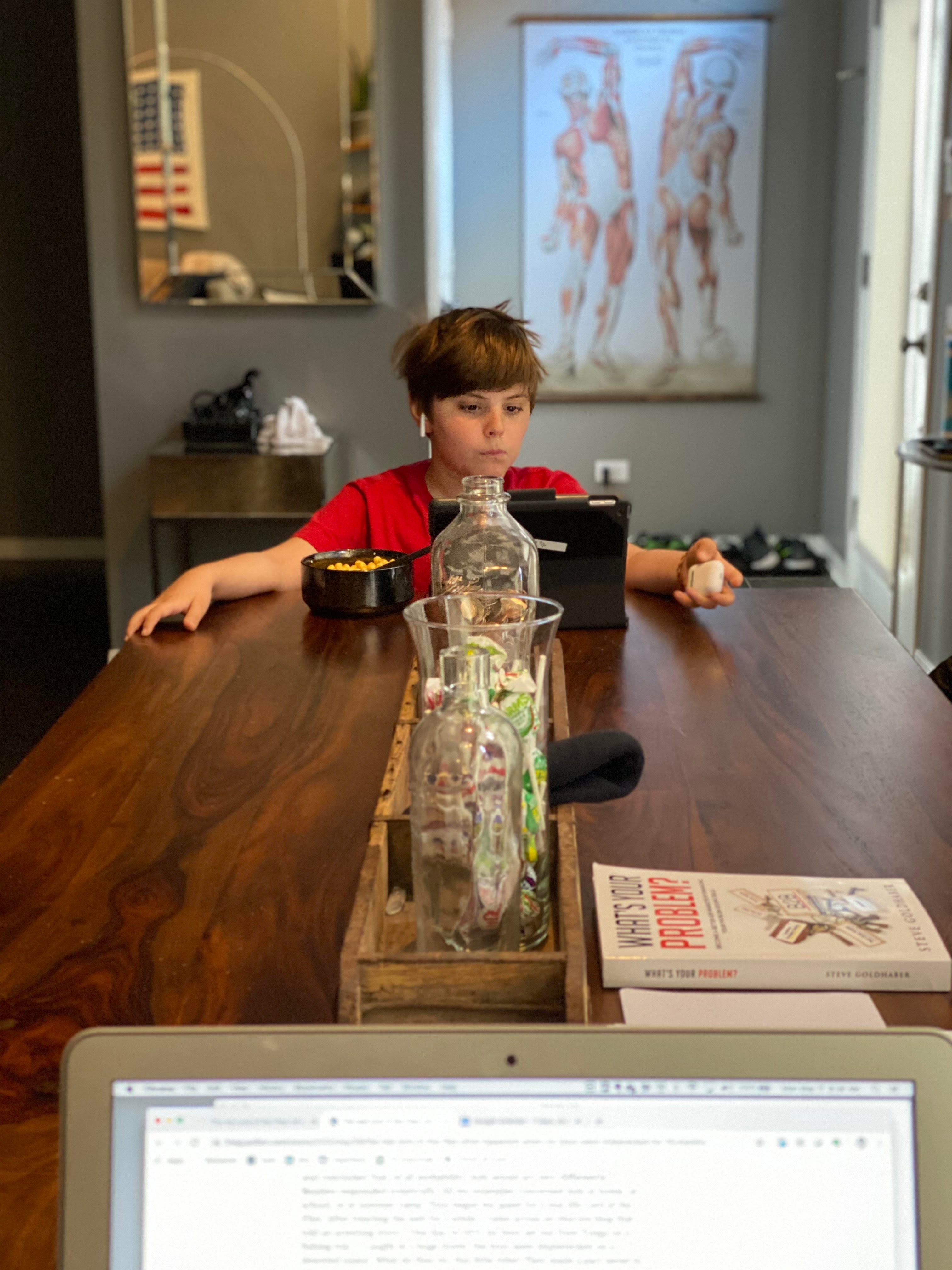 Since summer camp was cancelled and school is online, Sohn has to balance more childcare than usual. Often, he’ll split up the workday with a short walk with his sons to keep them entertained and active. 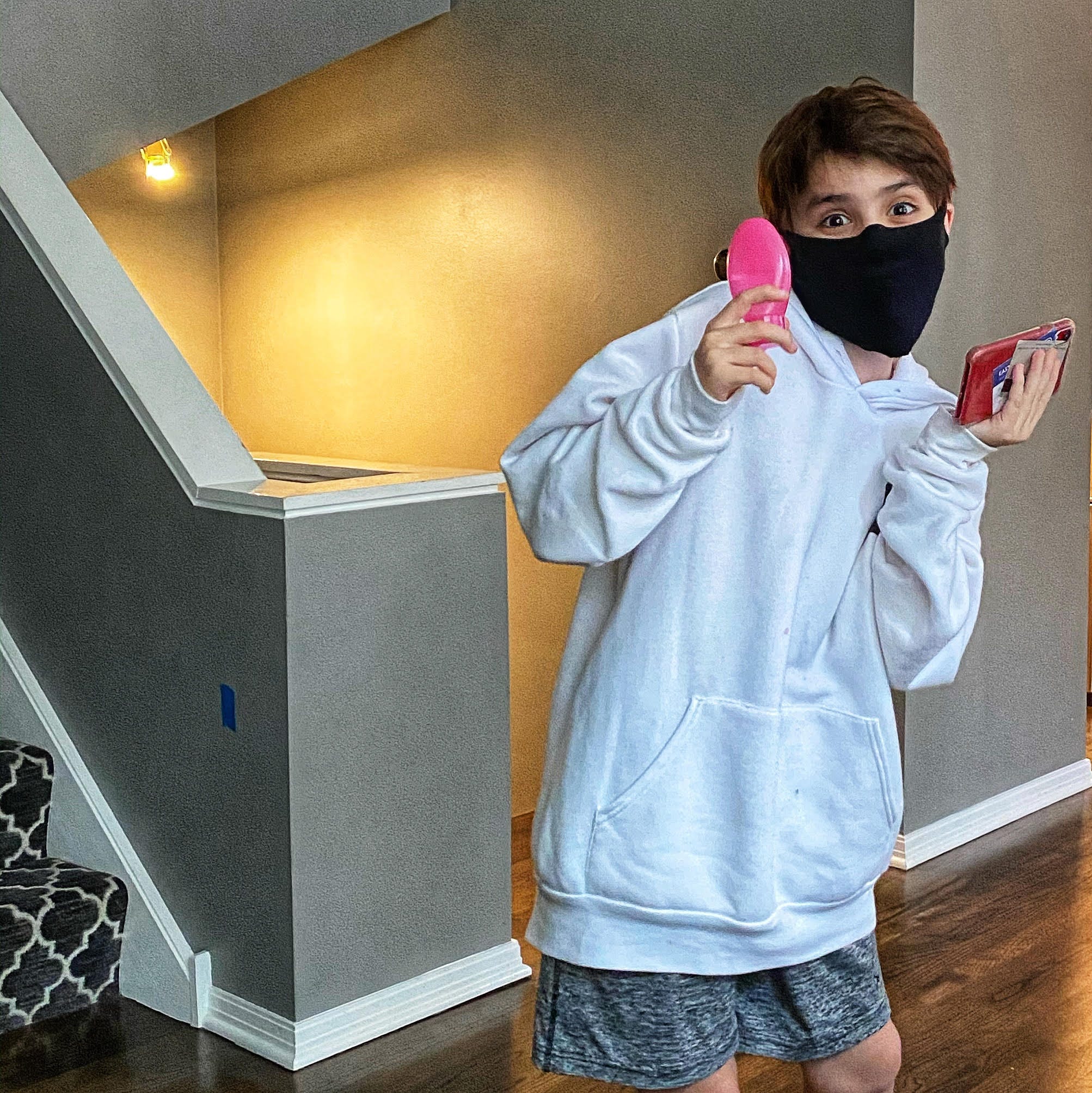 After work, they will all play games or hang out together in the living room. Video games are a family favourite. 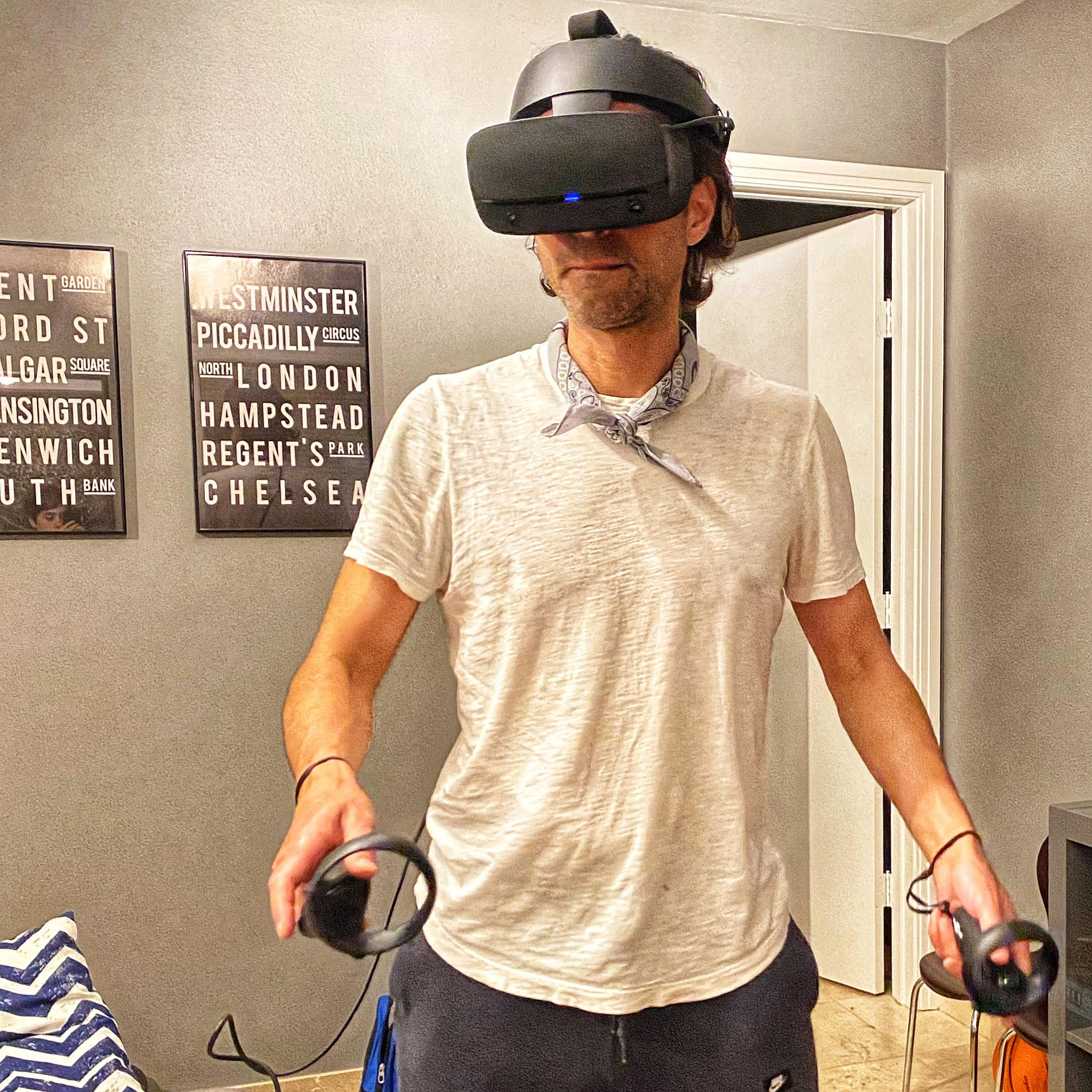 Then they will have dinner together. Sohn loves using his Instant Pot to make food while he works. 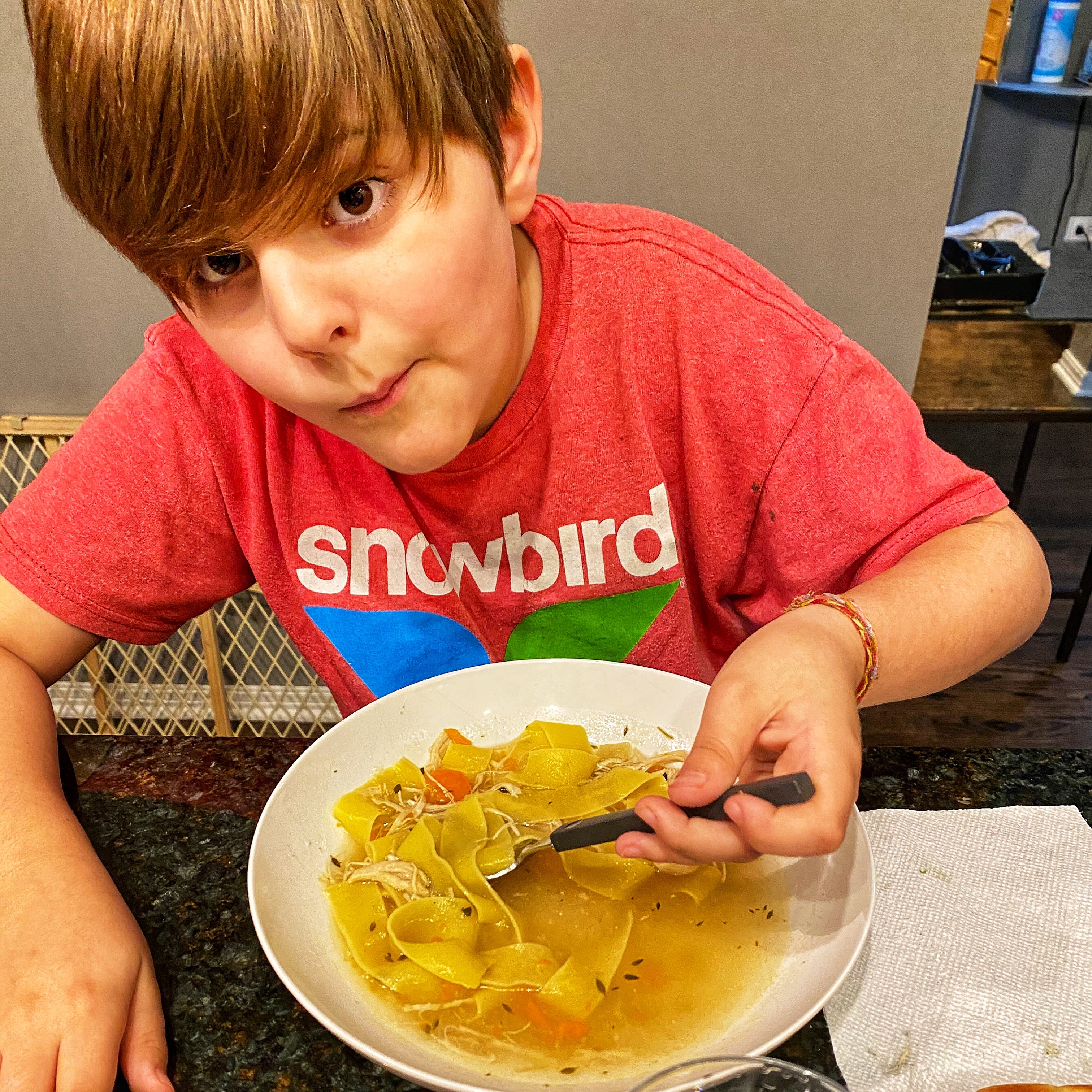 Of course, Cash needs some attention, too. Sohn will take the dog out for a walk in the early evening. 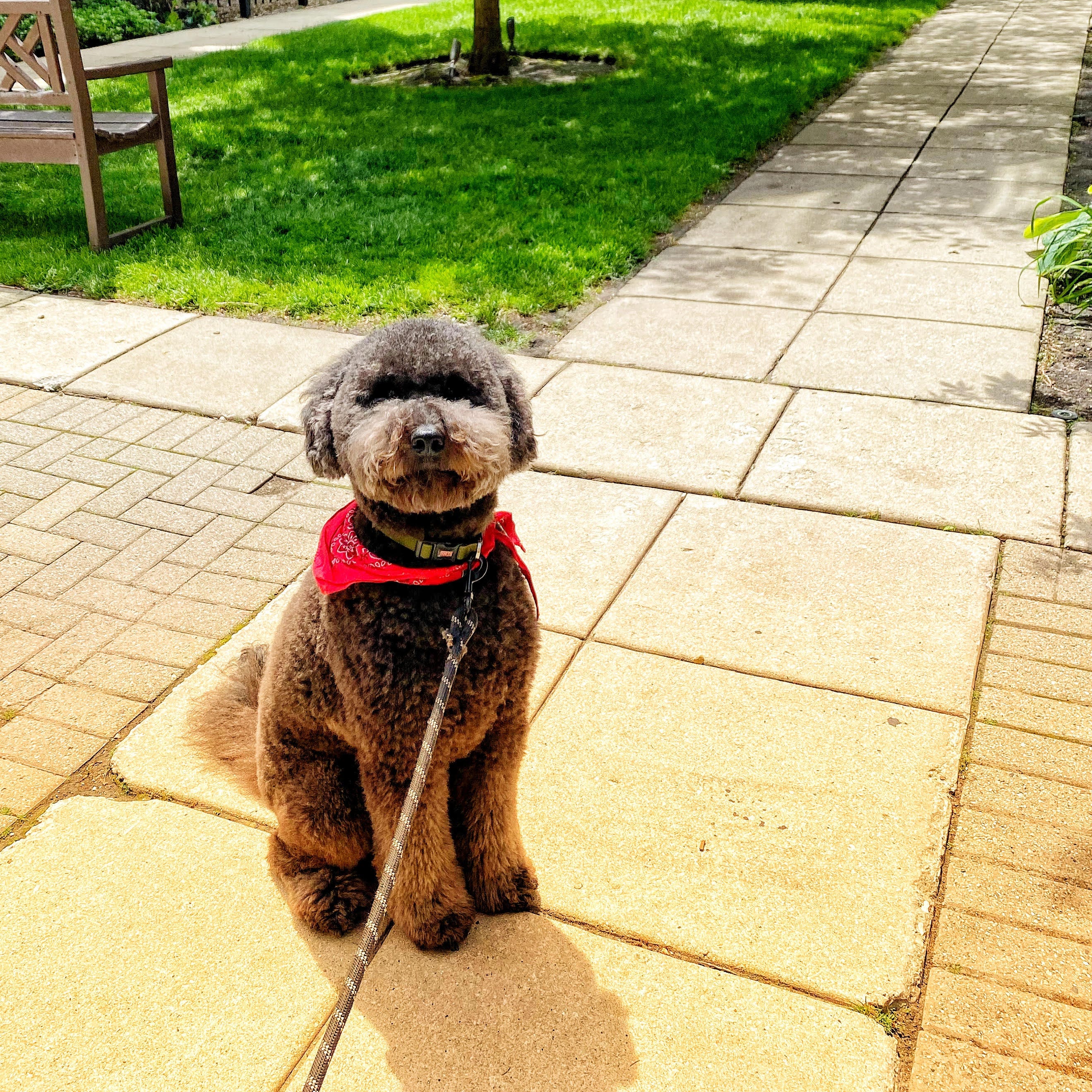 Sohn and Maddox go to bed early, at around 9 p.m. Henry stays up later, falling asleep around midnight. 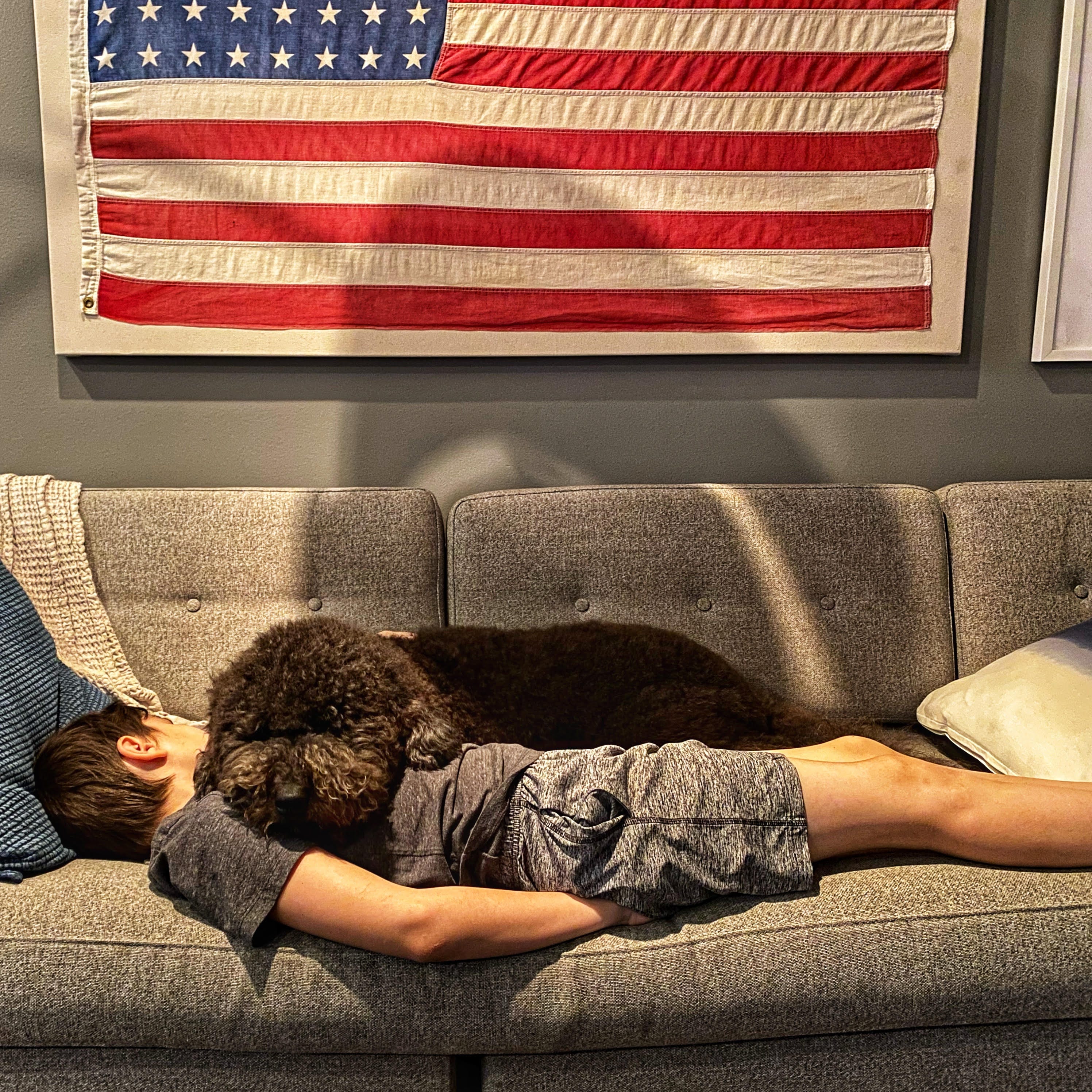 His top advice for other single fathers is simple: Be the dad you think is best for your situation, not what some parenting guru or website tells you to be. 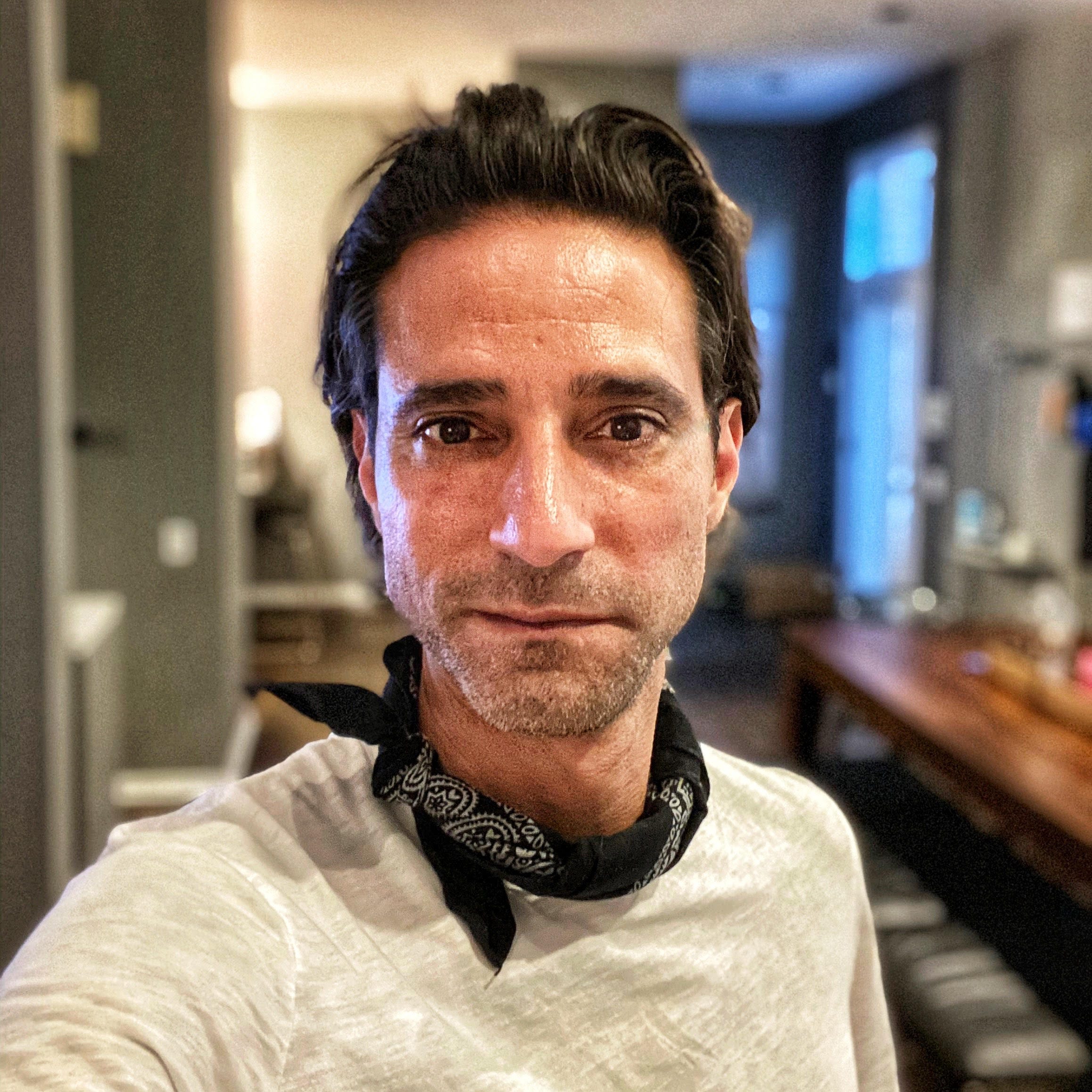