Corporate America’s diversity problem could soon become clearer than ever.

The Securities and Exchange Commission is mulling rule changes that would require public companies to reveal more information about their employees, SEC Chair Gary Gensler said in a Wednesday Twitter thread. The rules could force the disclosure of workforce turnover, skills training, benefits, pay, and diversity. The new guidelines would also likely be mandatory, the chair said.

“Investors want to better understand one of the most critical assets of a company: its people,” Gensler said. “I’ve asked staff to propose recommendations for the Commission’s consideration on human capital disclosure.”

The latest proposal could mark a major step forward in the fight for improved workplace diversity. Corporate America faced a reckoning around pay and hiring inequities following 2020 protests sparked by the murder of George Floyd. After corporations signaled support for the protests, Americans demanded they go further and improve workforce diversity and eliminate unjust pay gaps. The movement also led investors to call for increased transparency around worker compensation and treatment.

Last year, Insider reported on subpar diversity records in the tech and advertising industries, and even the burgeoning cannabis space, as well as the general ineffectiveness of diversity and inclusion training.

First steps, but a long road ahead

Companies’ proclamations in support of the Black Lives Matter movement haven’t been backed up by solid data about those firms’ actions.

More than 100 of the country’s largest public companies said little about their workplace demographics when asked by The Wall Street Journal earlier this year. Those that did start reporting metrics showed much progress left to be made. General Electric, for example, revealed 76% of its US workforce was white, and women made up just 26% of its global leadership.

Commitments to invest in a more equitable economy have also yielded unclear results. The country’s 50 biggest companies and their foundations pledged nearly $US50 ($AU69) billion to address racial inequity in the wake of Floyd’s murder, according to The Washington Post. Yet just $US4.2 ($AU6) billion of that sum has been doled out as grants. And of that, only $US71 ($AU98) million went to organizations focused on criminal justice reform.

Conversely, more than $US45 ($AU62) million was dispersed as loans or investments, meaning the businesses spending that money could profit from the payments. More than half of that sum went toward mortgages, according to the Post.

New territory for the SEC

Gensler’s tweet isn’t the first time the SEC has sought more detailed disclosures. The agency pushed companies to publish descriptions of their workforces – also known as human-capital resources – in an August 2020 rule change.

The update was encouraging, but it didn’t take long for regulators to realize the rule had no teeth. Companies, for the most part, just didn’t provide the details investors wanted most. The change was too “generic and vague” to make a difference, Democratic SEC commissioner Caroline Crenshaw said in an August 2020 statement.

More recently, the SEC approved an update that forced companies listed on the Nasdaq exchange to meet minimums for gender and ethnic diversity on their boards. Companies failing to do so would have to explain why they couldn’t reach the targets. The change, approved earlier in August, requires companies have at least one woman director, as well as one who identifies as a racial minority or as gay, lesbian, bisexual, transgender, or queer. 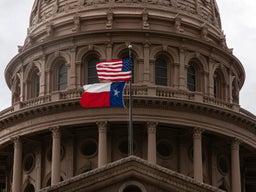 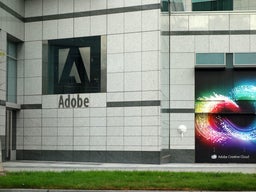