The death of a beloved Virginia pastor has devastated his community and sent a message of how serious coronavirus is, his daughter says 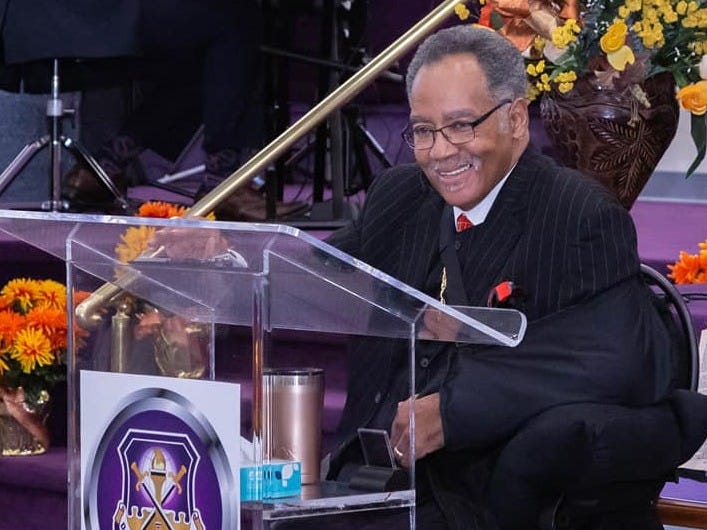 The New Deliverance Evangelistic ChurchBishop Gerald Glenn died on April 11 from the coronavirus.

Virginia Bishop Gerald Glenn had preached messages of keeping the faith for more than 40 years.

The former police officer, who also served as the county’s chaplain, gave his last in-person sermon on March 22. His message was “God is bigger than the coronavirus.”

Two weeks later, he died from the illness.

Glenn’s daughter, Mar-Gerie Crawley, told Insider on Thursday that her father’s passing has devastated the community at New Deliverance Evangelistic Church, which her parents founded 25 years ago.

His death also sent a message to those members who hadn’t previously understood how deadly the virus is to take it more seriously, Crawley said.

“My family and I have truly been advocates for that, just making sure people understand how serious this is. I think a lot of people didn’t because it just didn’t affect them directly,” she said. “It’s human nature. We see it all across the country and say ‘oh it’s happening over there.’ We feel sorry for them, we pray for them, but when it comes into your house, it becomes very real.”

‘They didn’t know how serious it was’

Churches around the US have become hotbeds for the coronavirus as congregants tend to gather close together, sing, and share hugs.

States have put in varying degrees of regulations in places of worship, from complete closures to social distancing requirements. But as time went on, some have restarted in-person services.

Some church leaders had refused to abide by regulations from the start, defying local laws.

New Deliverance, though, wasn’t one of them, the late pastor’s daughter told Insider.

Crawley, her mother, sister, husband, and two children were also diagnosed with the coronavirus after her father’s death.

Crawley was hospitalized for several days with a fever and other symptoms and it took a while to recover, she said. 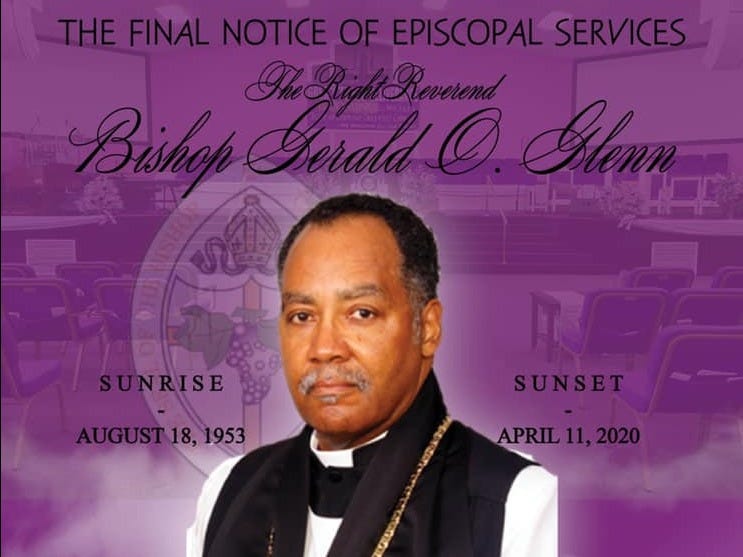 When the family’s story started to gain traction in the religious community, people from around the country reached out asking them about their experience because they previously didn’t see COVID-19 as a real threat, she said.

“They didn’t know how serious it was,” Crawley said. Sometimes you don’t know what to trust, or who to believe.”

Bishop Glenn preached having faith, but not in place of safety efforts

Glenn, a father of five, wasn’t just a leader in his church, but a prominent figure in community life as well. He worked hard to build relationships between the church and the police department, his family said.

“He was just someone who spoke truth to power,” Crawley said. “He fought for justice, all while trying to make sure you had a relationship to Christ at the same time.”

By the end of March, the coronavirus had started to spread in the US, and some restrictions were put in place.

At Glenn’s last in-person sermon on March 22, there were social distancing and sanitizing rules in place at the church. Glenn – a usually friendly person – immediately left out of a side door after the service in an effort to avoid touching or gathering, his daughter said.

Two days later, Glenn started to feel ill with stomach issues, which wasn’t unusual for her father, Crawley said. At that time, digestive problems hadn’t yet been considered a symptom of the coronavirus.

When he passed, on April 11, messages of hope started flowing in for the family from politicians and congregants.

Some church members were so devastated they had to seek out medication and call out of work, Crawley said.

Some people were baffled by his death, wondering why God didn’t protect the family from the virus, Crawley said.

But when Glenn told congregants that “God is bigger than the coronavirus,” that’s not what he meant, Crawley said.

His words were to encourage those who were scared to have faith, she said.

He was not “that kind of preacher” who told his congregants not to wear masks or continue to live without taking safety precautions, Crawley said.

“He never taught us to be ignorant,” Crawley said. “He washed his hands. He stayed away from people.” 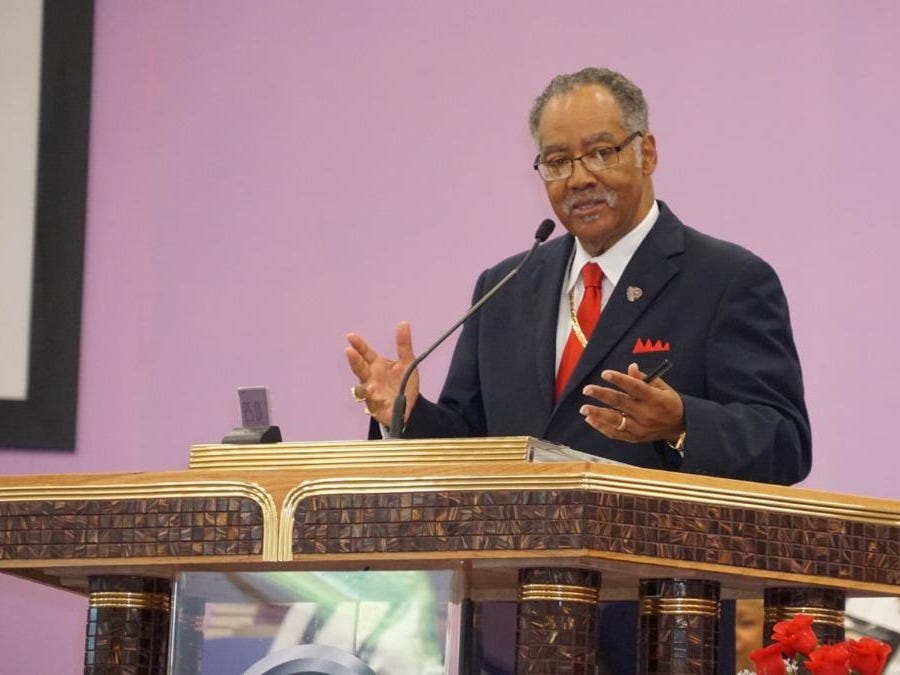 Mar-Gerie CrawleyBishop Gerald Glenn was a pillar in his community, his family said.

Virginia has entered phase 3 of its reopening plan, which includes the opening of churches.

New Deliverance Evangelistic Church is not ready to reopen. For the last few months, church services have been held online, and it just recently began holding drive-in services, Crawley said.

“We are not comfortable with phase 3,” Crawley said. “My mum is very adamant that it is not a wise decision.”

Crawley said that the family is watching the local rate of infection and new cases very closely and would have to see “big changes” before deciding to bring their congregants back together in person.

The drive-in services have lifted spirits and that’s enough for now, Crawley said.

“It’s definitely different, but you can’t tell people to enjoy being back together even if it’s just in their car,” she said.

Crawley has also been encouraging other worshippers around the country to think critically and do their research before making the decision to go back to in-person services.

“It doesn’t matter what the government is saying or what the president is saying. You need to look at the numbers in your community,” she said. “Use your judgment.”