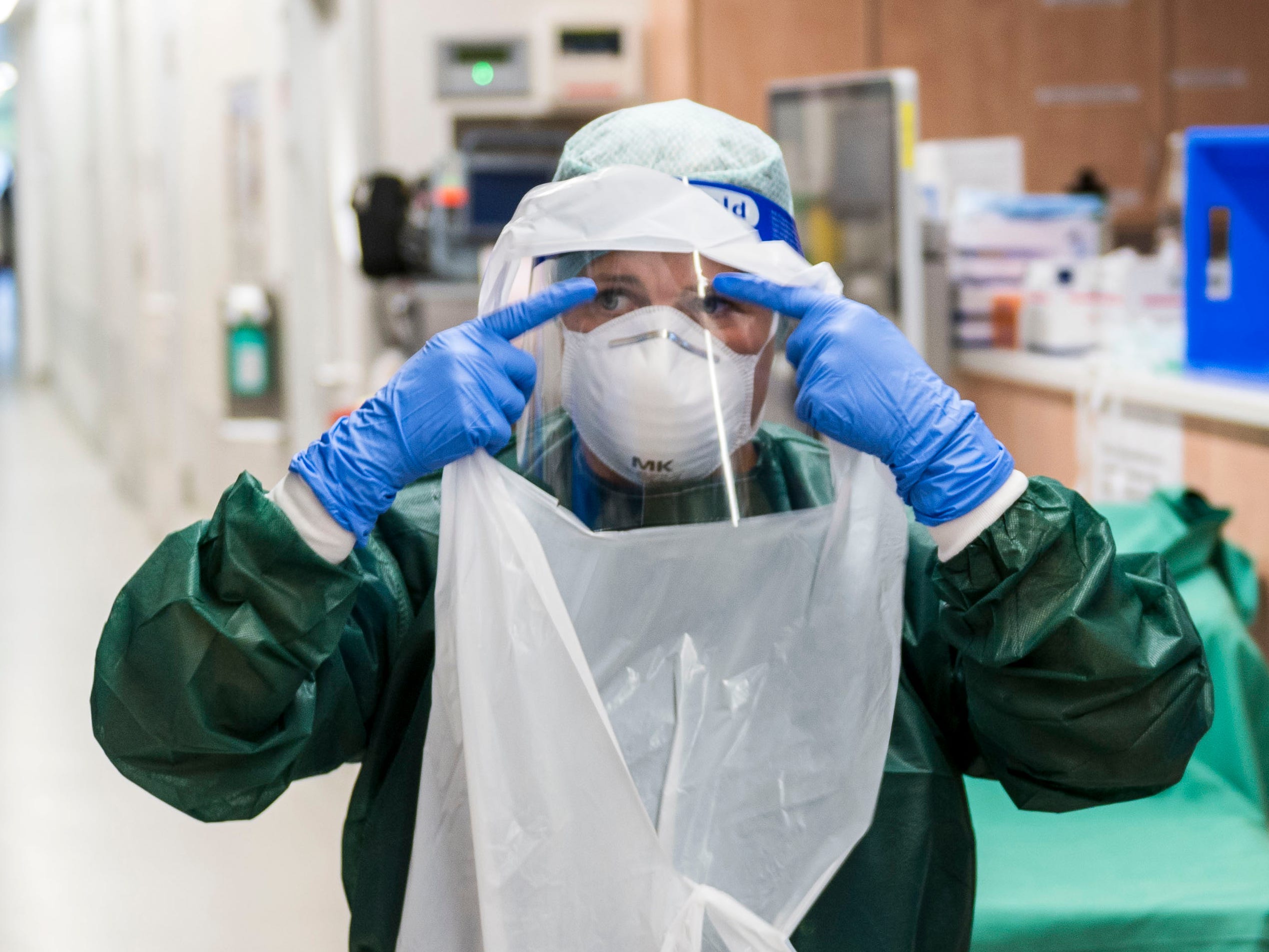 Thomas Lohnes/Getty ImagesA nurse seen before tending to a COVID-19 patient on October 21 in Essen, Germany.

A more infectious coronavirus variant â€” like the one quickly spreading through the UK â€” could deal more damage than a variant that is more deadly, a leading public-health expert has warned.

SARS-CoV-2, the coronavirus that has spread across the globe like wildfire and killed 1.85 million people worldwide, has mutated, and experts believe that the new variant known as B.1.1.7 is much more infectious.

Scientists blame this variant for the surging numbers of people infected with the virus in the UK, which has seen hospitals filling up with COVID-19 patients, forcing the UK into lockdown. UK government advisors said on December 18 that the UK variant was estimated to have a 71% higher growth rate than other variants. The growth rate is how quickly the number of infections changes daily.

Early studies led by researchers at the London School of Hygiene & Tropical Medicine suggest the variant is unlikely to cause more serious illness, and experts have said vaccines should still work against it. But according to Adam Kucharski, an associate professor at the London School for Hygiene & Tropical Medicine, the ability to spread more easily could make the variant more dangerous than a deadlier strain would be.

In an interview with Business Insider on Monday, Kucharski explained his maths and described what he thinks needs to happen next. 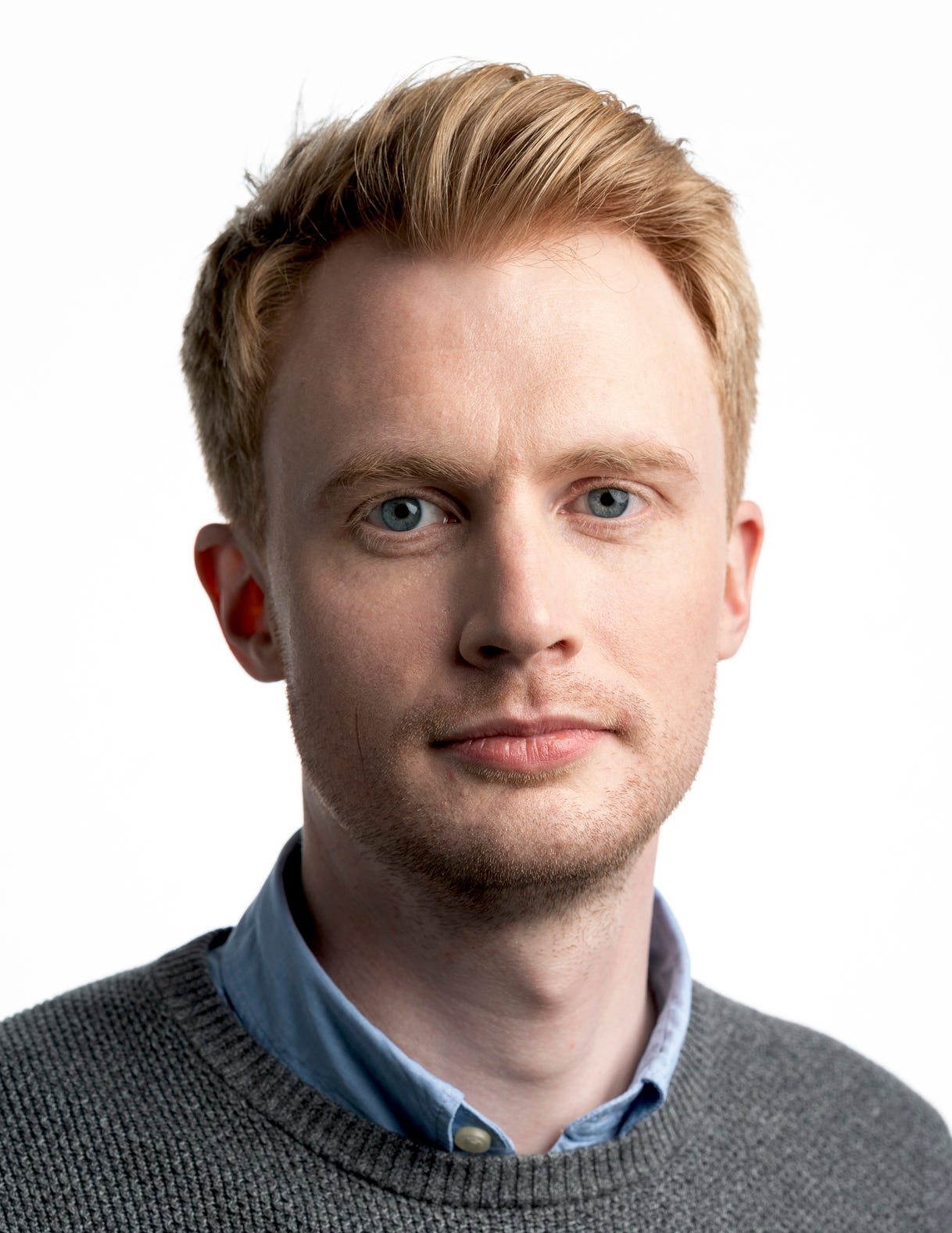 Questions and responses have been lightly edited for clarity

Dr. Catherine Schuster-Bruce:
What were you trying to say with your tweet?

Adam Kucharski: I think for me the key message is getting people to understand how much more of a problem an increase in transmission is, especially when we’re so close to being able to vaccinate a whole bunch of people.

Can you explain the maths?

A general principle for every disease out there is a variant that is 50% more transmissible would, in general, be a much bigger problem than a variant that’s 50% more deadly.

I think the point is, a small risk of death with a very large number of people infected, means more deaths than a slightly higher risk of death amongst a much smaller outbreak. A really severe disease that one person gets won’t necessarily have as much impact as a ‘sometimes-severe’ disease that a huge number of people get. It’s a trade-off between how many people get it, and what the impact is.

Given where we are with this coronavirus and the fact we’ve got vaccines, the question is around what the impact is going to be in the window before vaccines become useful. In that situation, higher transmission is, in general, going to be a much bigger problem than the equivalent change in intensity â€” even if it’s not more severe, you end up having more impact than a virus that’s spreading more slowly.

The same principles would apply in the US and the UK?

Yeah, because essentially they’re referring to the underlying epidemic that’s happening, which in reality, we just measure a glimpse of with testing.

Would an infectious-disease expert or genomics expert agree with you?

Well, I hope so. I think it depends. I mean, there’s obviously uncertainty around the exact values here, but I think we’ve got a clear surge in spread in the UK. So even if it turns out to be something else, you’ve got that increased transmission, which is an enormous problem when you’ve got a vaccine on the horizon.

Even if it turns out that some component of it was behaviour and another component was changes in the virus, that’s still an increase in transmission, which is going to be an accelerating problem to deal with.

I think increasingly there’s consensus that something unusual is going on here. If it’s genuinely 50% more transmissible, we’ve got a real problem.

Do we know whether the variant causes less severe disease?

We don’t currently. There’s not a perfect study at this point that can give us a complete answer.

And there’s nothing that’s emerged that points strongly to this [variant] being far more severe, but there are now quite a few evidence threads that suggest it is more transmissible. In turn this means that you’re going to get more infections with more impact.

Read more:Scientists are investigating whether the new COVID-19 variant is more infectious in kids. Here’s what we know so far.

Why is there a difference in the numbers of people with the variant in the US?

One of the most obvious differences is the ability to sequence the virus to find the variant. In the UK about 5% of all cases that get tested positive are being sequenced, and that’s much smaller in the US. It doesn’t mean there aren’t people infected with the variant â€” it just could mean they haven’t found it. If it’s indeed spreading much faster, by the time you start to spot it you’ve already got a very big problem.

Does the theory account for other factors that could impact how the virus transmits from one person to another, like socialising for example?

We’ve seen in the UK that this new variant has come up really dramatically through autumn â€” even in places where there was quite a lot of infection already, this strain has really come up faster. So it’s completely accurate to say that it’s spreading faster than [the variants] already there.

The question is whether it’s spreading faster because the inherent property of the virus, or does it just happen to be in groups that for some reason are behaving in a way that’s generating more transmission?

I think particularly at the start, that’s always the thing we have to watch out for, but I think there’s been this accumulation of evidence that it becomes harder and harder to see it purely as a behavioural aspect. It’s more and more likely that there’s something different about this virus that’s making it easier to spread.

In particular one of the UK studies that was all preliminary but came out of Public Health England, suggested it wasn’t just that people with this variant are having more contacts. It actually seems that for every contact they have, there’s a higher risk. This, again, is another indication that might be something to do with the virus.

So of course we have to be careful about generalising, and I think I’m always a bit cautious about it sort of saying it’s “56%,” or whatever, more contagious. I think we have to put quite a bit of uncertainty around that, but ultimately if it’s 30% more contagious or 70% more contagious, both of those are a massive problem.

Could the variant be a scapegoat for people not following the rules?

I think there’s always that chance that there’s an element of behaviour to what’s going on. But I think that the patterns we’re seeing have become increasingly hard to explain that it’s just to do with behaviour.

What would generally happen in the data is you’d get this kind of “dilution effect.” Say by chance, a new variant that didn’t have any intrinsic differences got into a population that just weren’t following the rules, and there was a lot more transmission in that group. That variant would start to rise in prominence because you’d have more transmission in that group, but then it would get out into the wider population where there’s other things circulating and into other groups that aren’t necessarily spreading more. So you’d start to expect its prominence to dilute, and it wouldn’t necessarily become dominant in every group, across every part of the country.


Read more:
A new variant of coronavirus has sparked panic and travel bans â€” but experts say COVID-19 vaccines should still work against it. Here’s why.

Are there any other like stats or misconceptions that you think would be useful to demystify?

I think the one throughout has been the challenge that by the time you’re seeing a massive impact of an infectious disease, you haven’t got a problem. You had a problem weeks ago, it wasn’t tackled and you’re only now seeing the impacts of this.

From your point of view, what do you think the main challenge now is?

An enormous challenge in any epidemic is people’s behaviour. We’ve seen in some countries, the level of restrictions might be quite similar on paper to what they were earlier in the year. But then if you look at human mobility data, people are interacting and going around a lot more. So that’s just a change in behaviour relative to what’s going on.

I think we’ve also seen in the US and UK in some areas when epidemics get quite large and hospitals start getting overwhelmed, people will change their behaviour, even if they’re not being told to. If you’ve got a massive epidemic in your community, quite clearly, you’re not going to go about your daily business as if there’s nothing going on.

It’s also quite difficult to work out the impact of measures. We saw in the UK that some of the measures in November didn’t have the same impact that the March/April measures had. To what extent this is because specific things were opened or closed, or just because people are now behaving very differently because we’re nine months into a pandemic, is a challenge to work out. 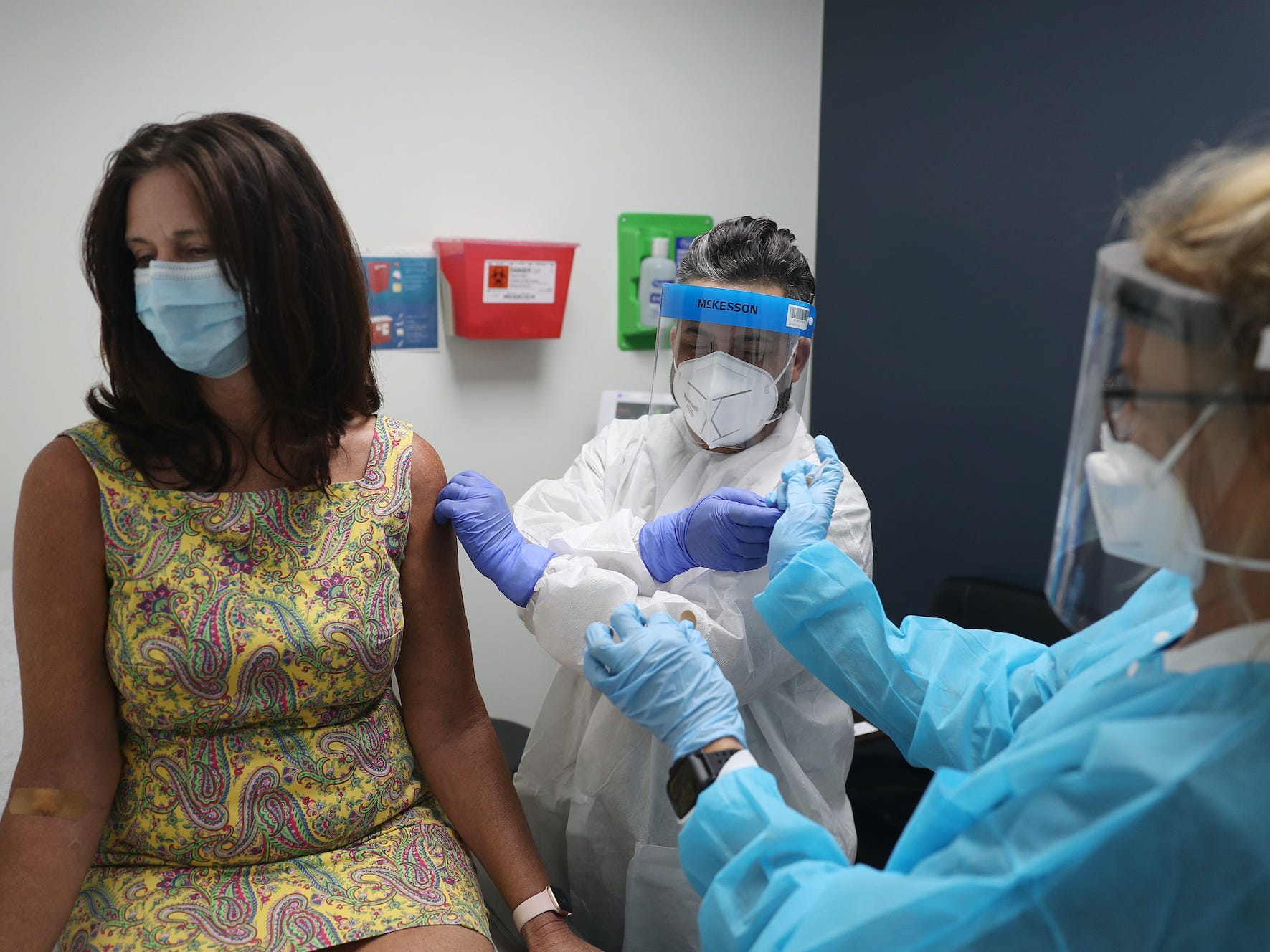 Joe Raedle/Getty ImagesThe model Lisa Taylor receiving a COVID-19 vaccination as part of a vaccine study at Research Centres of America on August 7 in Hollywood, Florida.

It needs to be measures combined with government action, because a lot of [the impact] isn’t just people not going to work to stop the virus spreading, for example. If people don’t go to work, then that has implications for them. If the schools are closed, it has implications. And so, I think government does have a role to make sure that that kind of damage is mitigated. There’s huge implications for things like inequality. It’s clearly not a level playing field in terms of some of these impacts. I think governments have an important role to try and work out how to reduce the damage of those things.

The balance of actions is very different to what it was earlier in the year because we have a vaccine on the horizon. Essentially a vaccine gives us an ability to massively cut the hospitalisation and fatality rate of this virus. That opportunity is certainly â€” in the US and Europe â€” about two or three months away.

Do you think that this new variant is so transmissible that any lockdown measure isn’t going to work?

I think that’s the key question. I think it is a massive difference that we have vaccines available because that really gives a clear incentive that we’re not taking action with some uncertain future. I think we really need to bear that in mind with what happens next.