How does Johnson & Johnson's COVID-19 vaccine stack up against shots from Pfizer and Moderna? 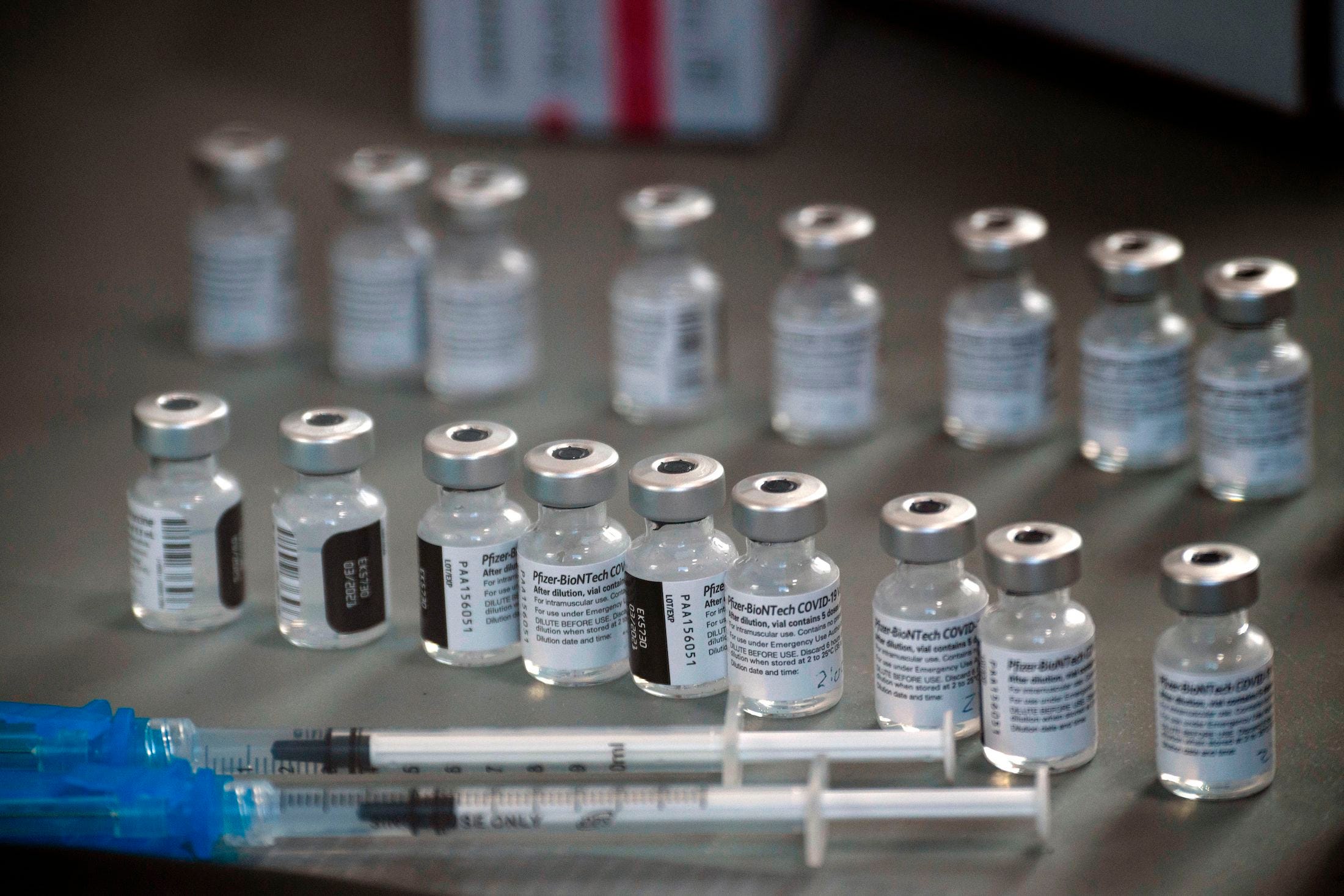 Patrick Fallon/AFP via Getty Imagesvials of the Pfizer-BioNTech Covid-19 vaccine are prepared to be administered to front-line health care workers under an emergency use authorization at a drive up vaccination site from Renown Health in Reno, Nevada on December 17, 2020.

An experimental coronavirus vaccine from Johnson & Johnson is 66% effective at preventing moderate to severe COVID-19, according to new trial data the company released on Friday.

At first glance, the vaccine doesn’t appear to be as stellar as authorised vaccines from Pfizer and Moderna, but it does have a few perks.

First and foremost: J&J’s vaccine is just one shot in the arm, while both Pfizer and Moderna’s are administered as 2 doses, given several weeks apart. Second, it can be refrigerated for months, making transportation and storage far less of a challenge. Third, it is cheaper and easier to produce.

“Our goal all along has been to create a simple, effective solution for the largest number of people possible, and to have maximum impact to help end the pandemic,” Johnson & Johnson Chief Executive Officer Alex Gorsky said in a statement when his company’s results were released.

During a call Friday morning at the National Institutes of Health, Dr. Anthony Fauci, the US’ top infectious disease expert, stressed the importance of adding “yet another platform, another candidate into the mix in our global efforts against this extraordinary pandemic.”

“This has really important domestic and global public health implications,” Fauci said of the J&J vaccine, noting that “it is one shot,” that doesn’t need to be stored at super-chilled temperatures, and it is relatively inexpensive.

Below are the basics of how these three COVID-19 shots compare, based on what we know so far.

The information on J&J’s vaccine comes from a press release, while data on Moderna and Pfizer‘s shots is based on what the companies submitted to the US Food and Drug Administration for emergency use authorization. J&J said it plans to submit its data to the FDA next week to request an EUA, which would green-light the vaccine for use in adults across the US.

How well the shots prevent illnesses:

Note: A J&J executive said its shot may have shown a lower level of efficacy because it was tested at a time when higher levels of the virus, including variants that may evade vaccines, were circulating. 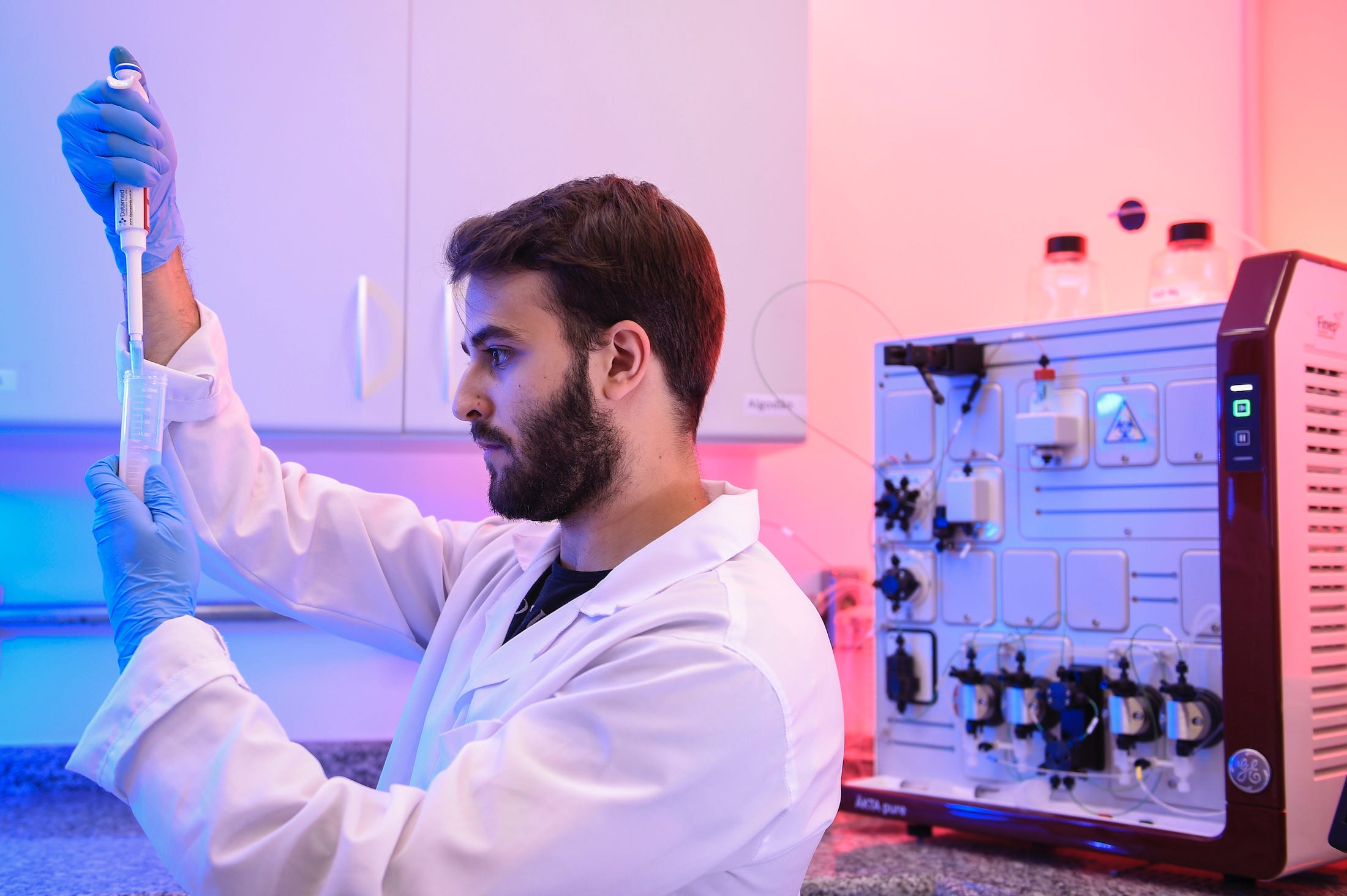 Pedro Vilela/Getty ImagesBruno Cassaro de Andrade, a chemical engineering student, works with a test separating specific proteins to be applied in the production of coronavirus vaccines on March 24, 2020 in Belo Horizonte, Brazil.

How many people tried them out:

Moderna: trials included more than 30,000 volunteers across the US.

About half of the volunteers in each company’s study got real shots, and half got fake (placebo) jabs, to test out how well the vaccines work, compared to nothing.

How you take them:

Johnson & Johnson: 1 shot in the arm. 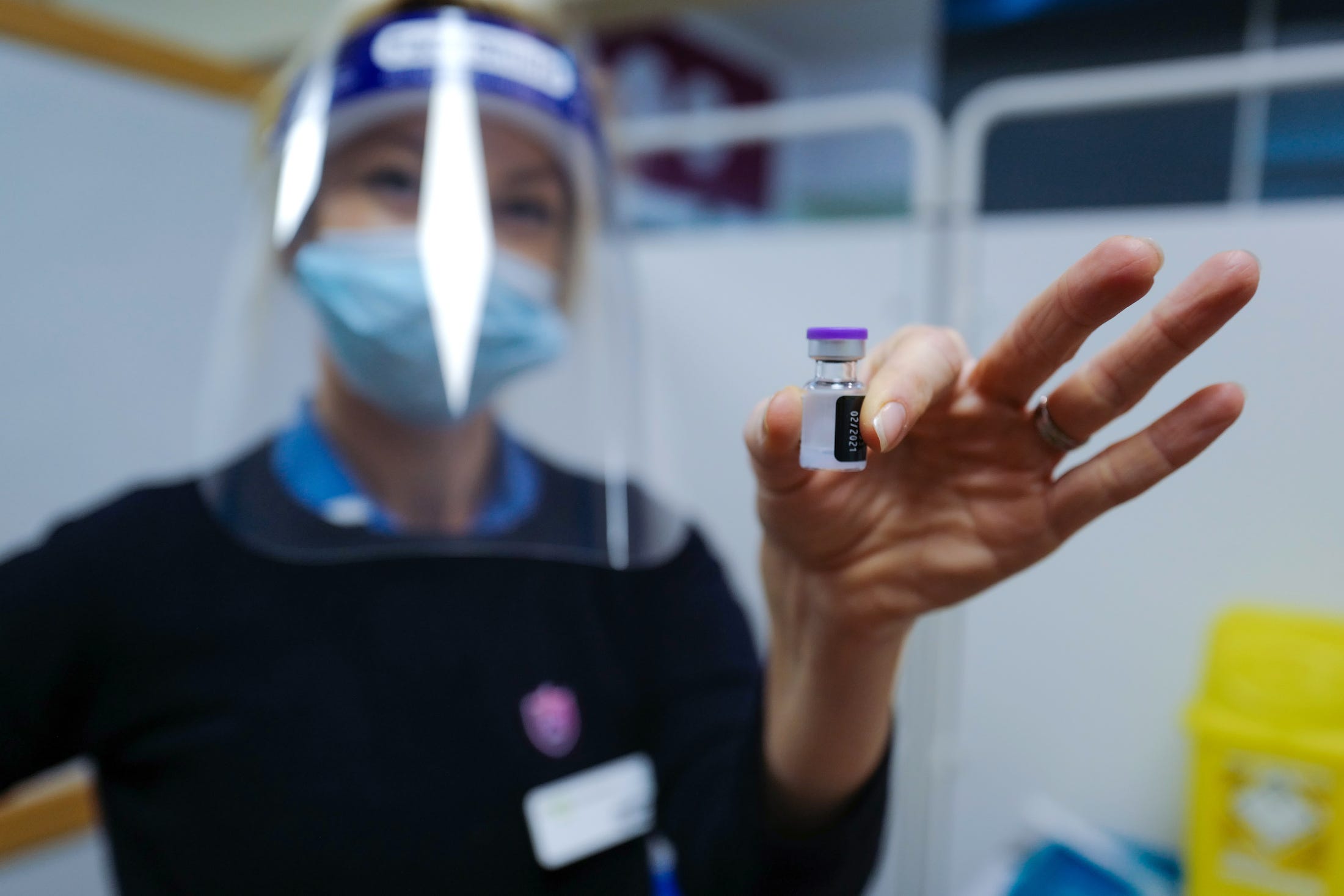 How long it takes for protection to kick in:

Moderna: some protection from infection begins 10-14 days after first shot, with full protection achieved two weeks after the second shot.

Pfizer: some protection from infection begins 10-14 days after first shot, with full protection achieved one week after the second shot.

Johnson & Johnson: some protection from infection begins as early as 14 days after the shot, with full protection measured 28 days after the jab. That protection may get even better as time goes on, though, as zero COVID-19 cases were reported in patients who’d been vaccinated for 49 days or more.

How long hospitals and clinics can store it in the fridge

“The company can actually produce, in a reasonable period of time, billions of doses,” Fauci added, suggesting that though this vaccine may not be as potent as the mRNA vaccines from Pfizer and Moderna, it could become a more widespread tool to help suppress the pandemic.