A 28-year-old volunteer in AstraZeneca's coronavirus vaccine trial has died, but a report says he was in the control group and given a placebo

A participant in AstraZeneca’s coronavirus vaccine trial in Brazil has died, marking the first death in a COVID-19 vaccine trial.

Both outlets reported that he had volunteered to take part in AstraZeneca’s clinical trials for its vaccine, which is being developed with the Oxford Vaccine Group.

According to O Globo, the man was in the trial’s control group and was given a placebo instead of the experimental vaccine. Anvisa, Brazil’s health body, said it was told of the death on Monday, CNN Brasil reported. The agency declined to identify the participant.

An Oxford Vaccine Group spokeswoman told Business Insider that the trial would continue.


Read more:
Pfizer and Moderna are neck-and-neck in the race to deliver the first effective coronavirus vaccine. Here’s everything we know about the timeline and when you might be able to get a shot.

“Following careful assessment of this case in Brazil, there have been no concerns about safety of the clinical trial and the independent review in addition to the Brazilian regulator have recommended that the trial should continue,” Joanna Bagniewska said. 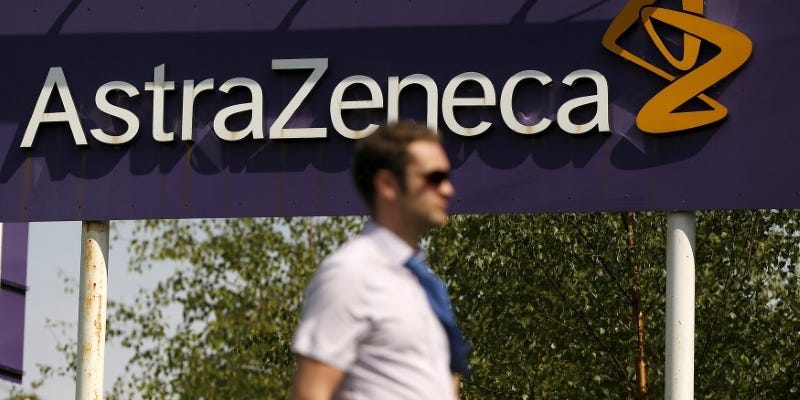 ReutersA man walks past a sign at an AstraZeneca site in Macclesfield, England, in May 2014.

“All significant medical incidents, whether participants are in the control group or the COVID-19 vaccine group, are independently reviewed,” she added.

The Federal University of SÃ£o Paulo, where AstraZeneca’s Brazil trials are being held, also told Reuters that “everything is proceeding as expected, without any record of serious vaccine-related complications involving any of the participating volunteers.”

A source told Reuters that the trial would have been suspended if the person who died had been given a dose of the trial vaccine.

Some 10,000 people have signed up to take part in AstraZeneca’s Brazil trials, with 8,000 people given either the trial vaccine or a placebo so far, O Globo reported.

AstraZeneca’s vaccine candidate is one of a handful in the later stages of clinical trials.