The US national stockpile of medical equipment is basically empty, after less than 1/50th of its total expected deaths 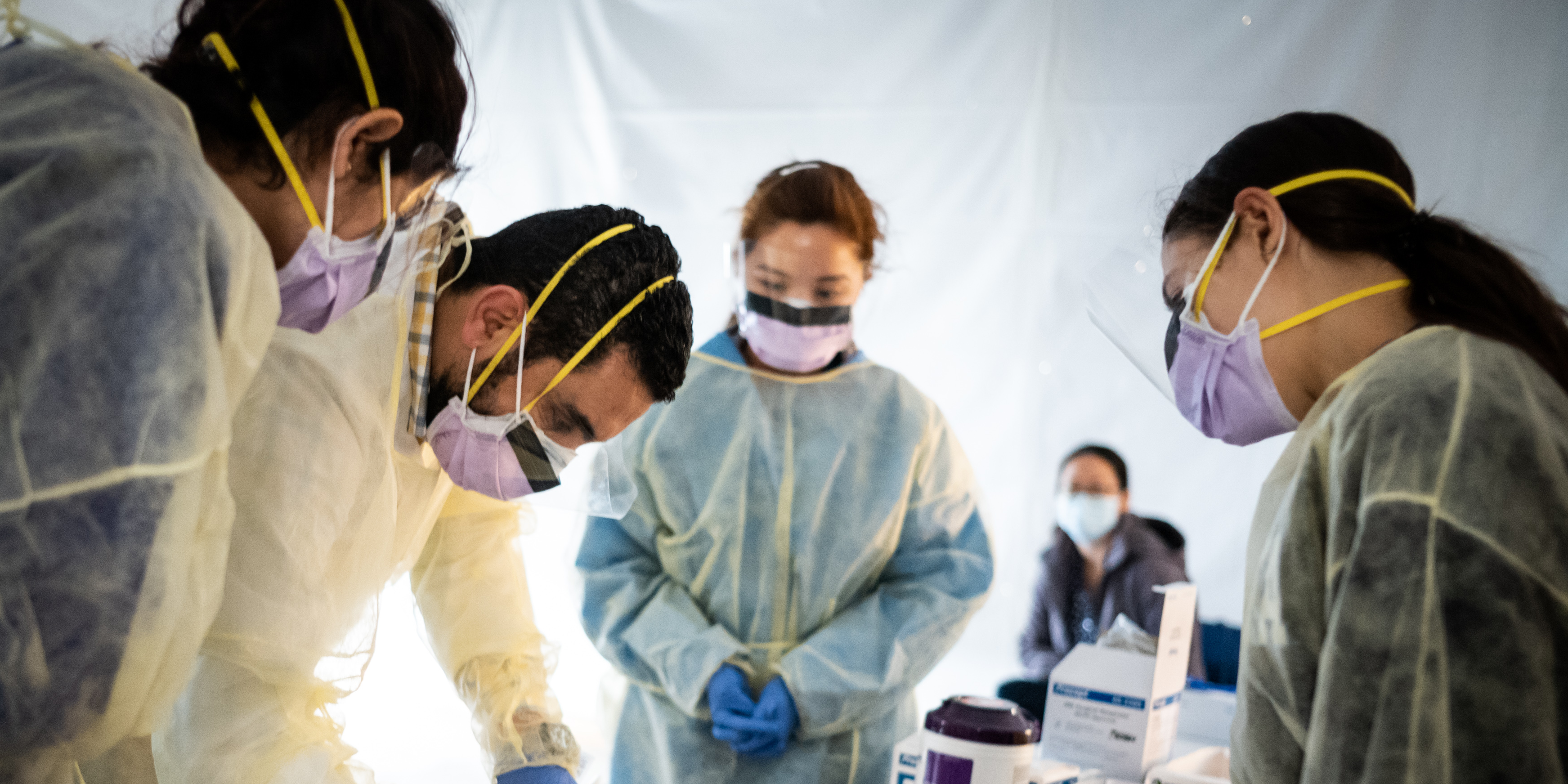 The US federal stockpile of emergency equipment like masks, respirators, gloves, gowns and face shields is basically empty, even though the nation is yet to reach anywhere near its total expected deaths.

Two officials with the Department of Homeland Security told Reuters that the Strategic National Stockpile, which was created to help the country through an emergency like a major health crisis, is almost empty.

The death toll in the US reached over 4,000 on Tuesday. But the country’s top disease experts, as well as President Donald Trump, have acknowledged that the death toll will rise much higher.

Dr. Anthony Fauci, the nation’s leading infectious-disease expert, said that the US will see “millions of cases” and “between 100,000 and 200,000” deaths. And Trump said on March 30 that 100,000 deaths would his administration has “done a very good job.”

The stockpile is actually a network of warehouses in secret locations around the country, The Washington Post reported. 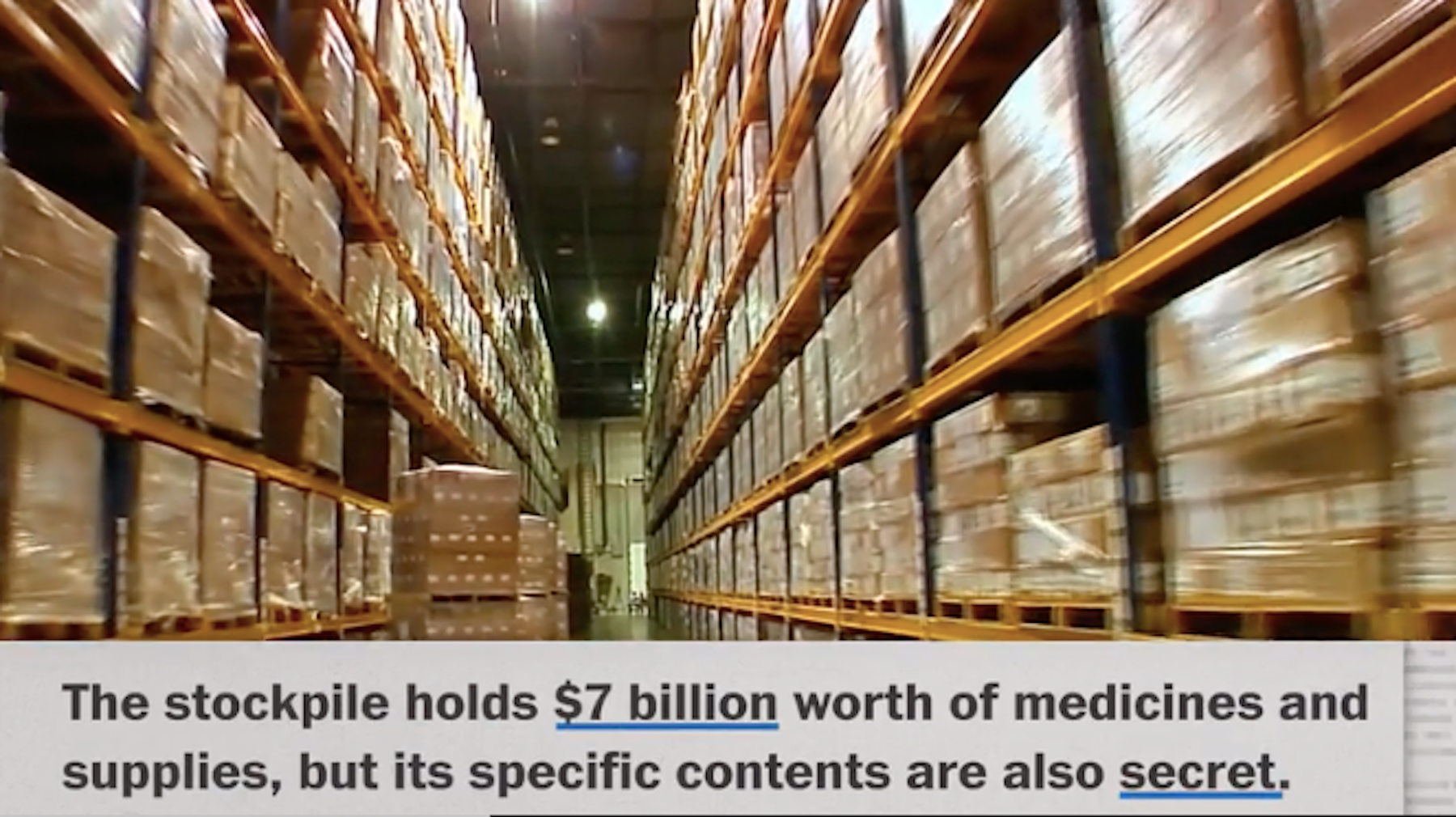 The Department of Health describes it as “the nation’s largest supply of life-saving pharmaceuticals and medical supplies for use in a public health emergency severe enough to cause local supplies to run out.”

Reports have valued the Strategic National Stockpile at between $US7 billion and $US8 billion. The warehouses look inconspicuous from the outside, but are protected by armed guards, NPR reported.

One of the officials told Reuters that some of the stockpiled equipment has been reserved for federal first responders.

But health workers and lawmakers have decried shortages of equipment as they try to slow the spread of the virus and stop medical workers from getting infected themselves.

Many hospital workers are reusing their masks and gowns to stretch out their supplies, even though official guidance says to change to use new equipment for each patient. 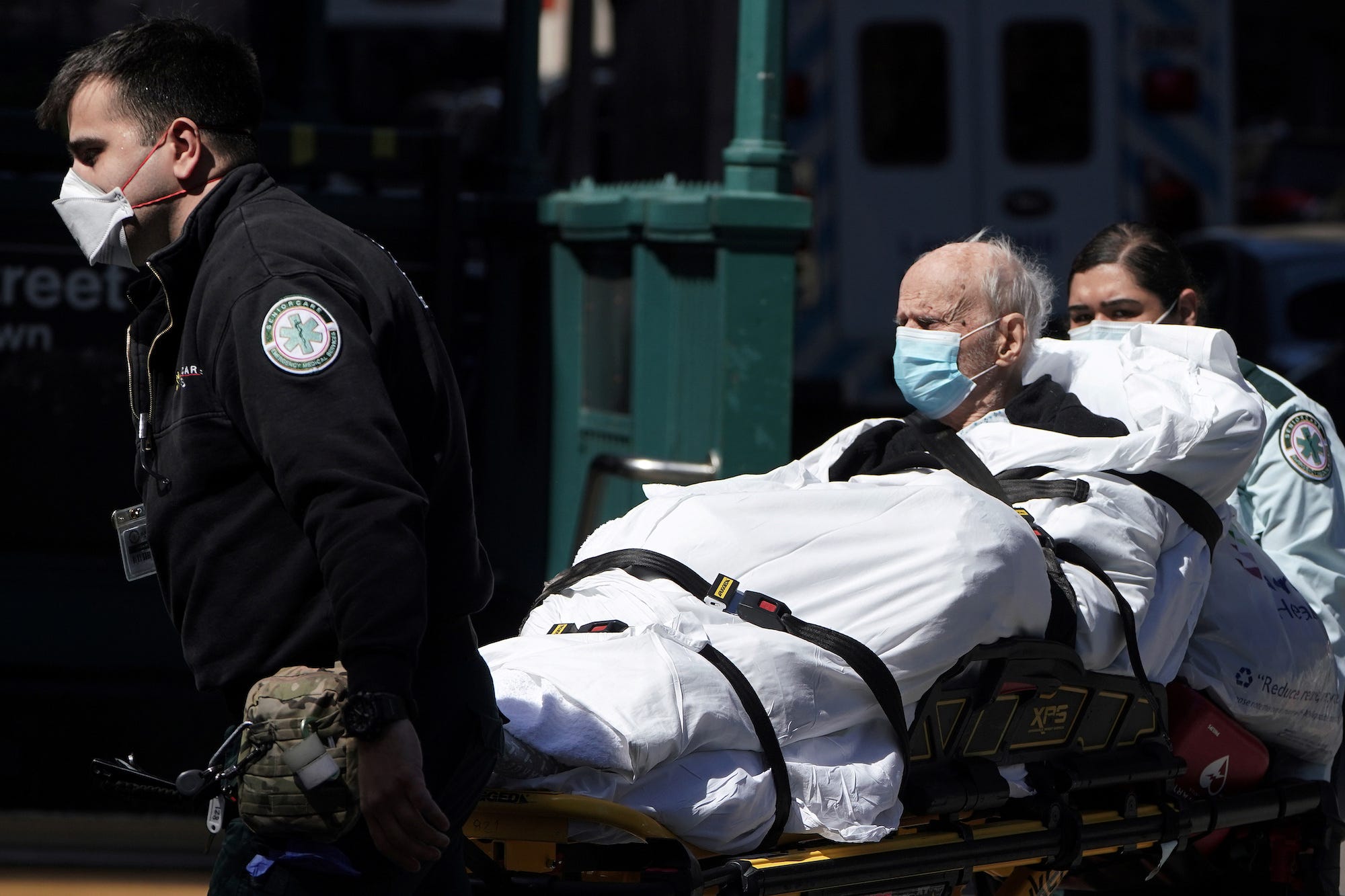 REUTERS/Carlo AllegriA man is wheeled into an ambulance during the outbreak of coronavirus disease (COVID-19), in the Manhattan borough of New York City, New York, U.S., March 27, 2020.

One nurse working in The Bronx in New York City described working without personal protective equipment (PPE) to the New York Times. He said he has walked through the hospital, thinking: “I’m swimming in this. I’m pretty sure I’m getting this.” Others said they knew some of their colleagues would end up dying from the virus.

Connecticut Governor Ned Lamont, a Democrat, said on Tuesday that the stockpile was empty, and called it a “disturbing” development, Reuters reported.

And Chicago mayor Lori Lightfoot told Insider that she was concerned about the size of the stockpile.

“I have serious questions as to whether or not there is a robust stockpile at the federal level,” she told Insider in a Tuesday interview. “I have not heard anybody ask the question, and I think it’s time that we call that into question: Do you have the materials or do you not? Over the last 3 1/2 years, have you kept these materials in climate-controlled environments so they’d be ready if there was a need?”

The US has turned to buying equipment directly from manufacturers around the world, and private US companies are also producing PPE to help fight the pandemic.

When questioned about the state of the stockpile on March 31, in light of Gov. Lamont’s comments, Trump said it was “not empty” because supplies were being sent directly to places that need them, rather than kept in warehouses.

One DHS official told Reuters that the Federal Emergency Management Agency (FEMA) took control of the stockpile in March, distributing its contents. 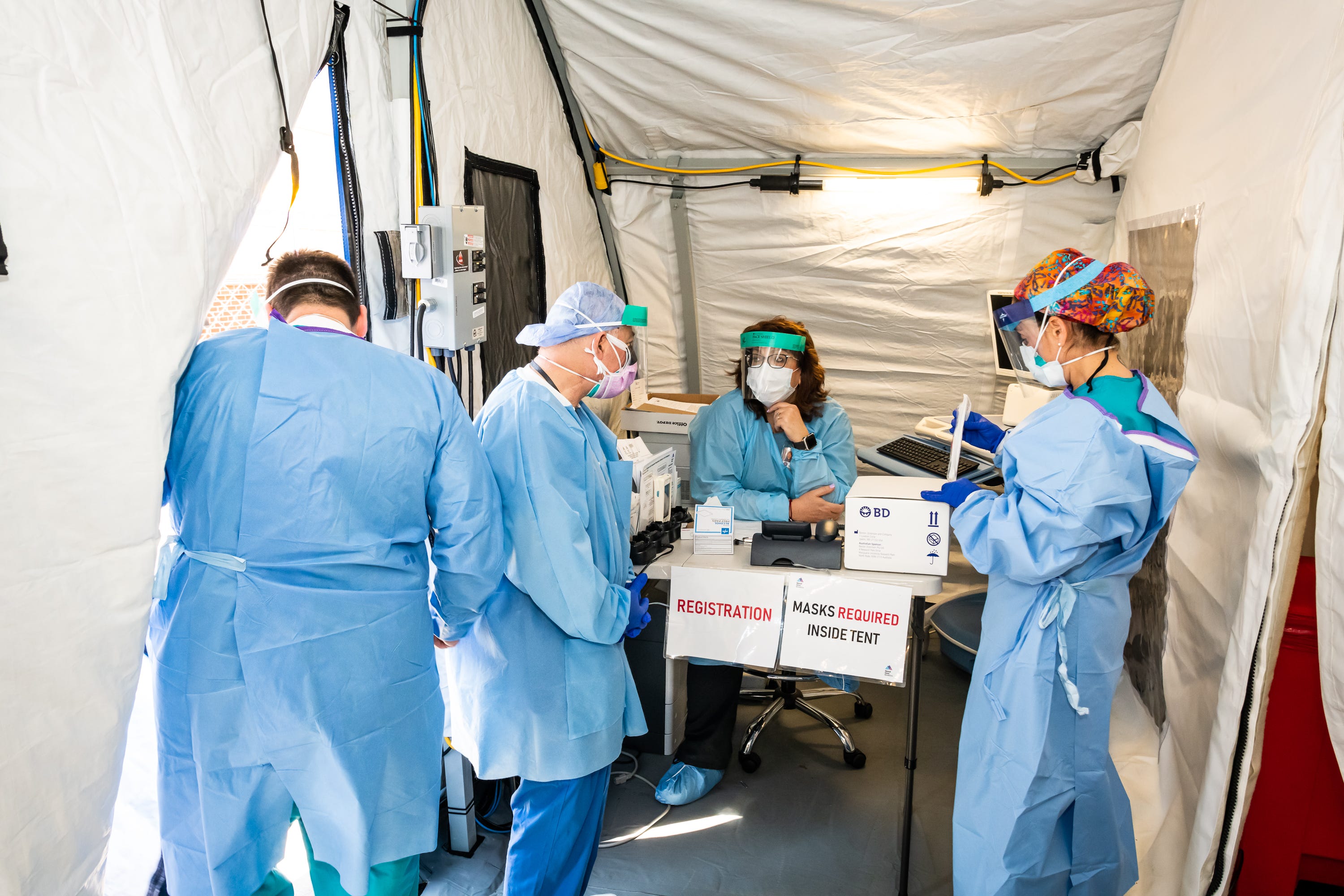 Not equipped to help the entire country

Richard Besser, a former acting director of the Centres for Disease Control and Prevention (CDC), told The Washington Post in March that the stockpile is intended to help small numbers of states through emergencies, but it not big enough to help the entire country at once.

“The response contains enough for multiple emergencies,” said Besser. “Multiple does not mean 50 states plus territories and, within every state, every locality.”

An analysis that the White House is using to guide its response said that up to 2.2 million people in the US are predicted to die if social distancing and quarantine measures are not put in place. As of Tuesday, three-quarters of Americans were under orders to stay at home.

The US currently has one fifth of the world’s coronavirus cases.