We don't have any good treatments for the novel coronavirus right now, but scientists are racing to change that 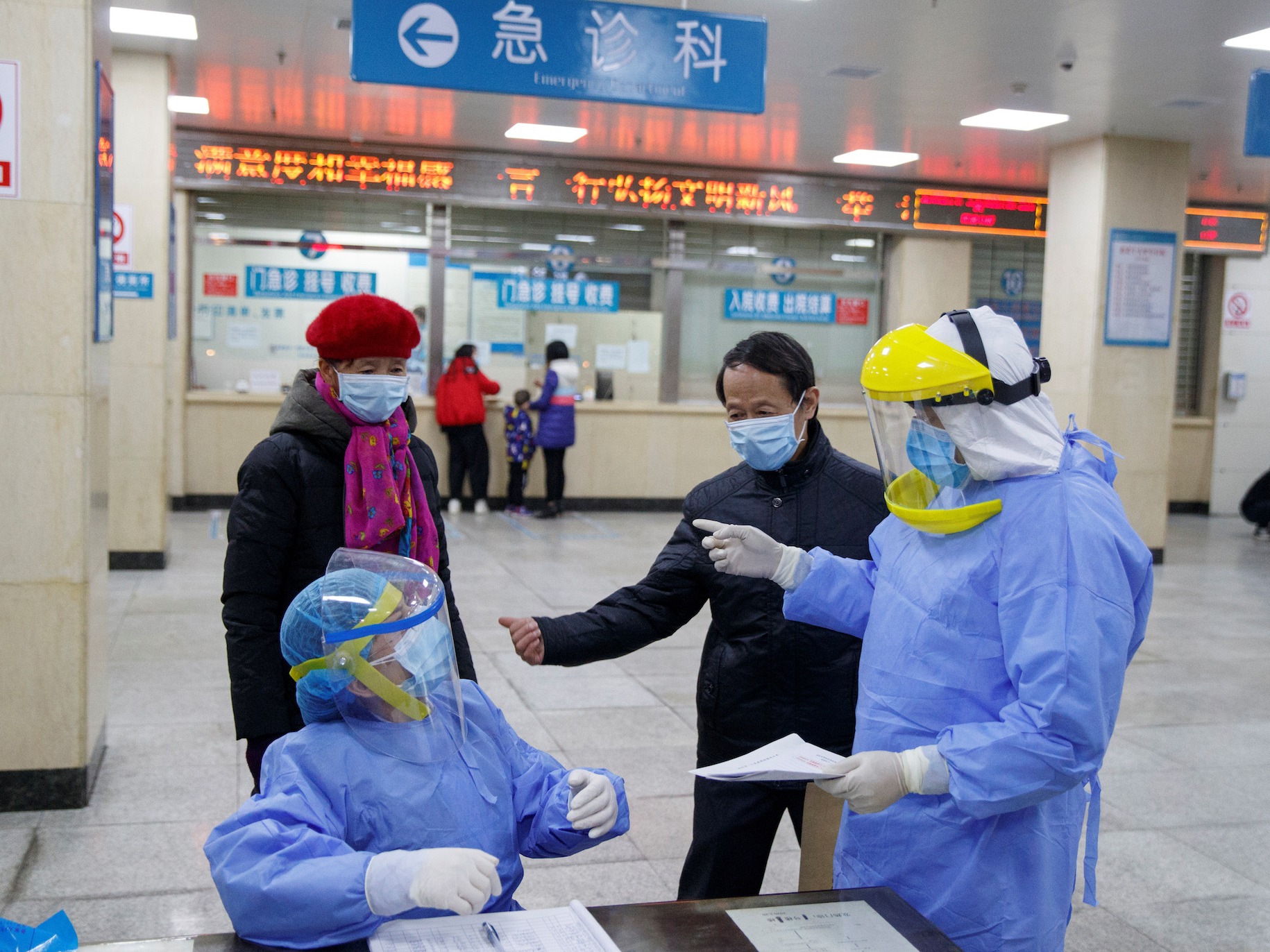 Reuters/Thomas PeterNurses in protective gear talk to people in the reception area of the First People’s Hospital in Yueyang, Hunan Province, China, January 28, 2020.

As the novel coronavirus spreads around the world, researchers are racing to develop medical treatments to halt it.

But for now, hospitals and doctors can only treat the symptoms of COVID-19, helping keep people alive so their bodies can fight off the virus. They’re also doing their best to prevent it from spreading to more people.

Roughly 80% of coronavirus cases are mild, but 14% are severe – patients have trouble breathing – and 5% are critical, meaning patients are unable to breathe on their own or experience organ failure, according to the Chinese Centre for Disease Control and Prevention. Roughly 3% of patients with the virus die.

In the more mild cases, doctors may tell a patient to isolate themselves at home, and to only come to a hospital if the disease gets worse (for instance, if the patient has a hard time breathing). The disease’s typical symptoms include a fever, cough, headache, and shortness of breath, according to the US Centres for Disease Control and Prevention.

At home, people with the virus should avoid contact with other people and with their pets as much as possible, CDC says. They should also try to avoid passing the virus to others in their household, such as by wearing a mask and washing their hands a lot.

Here’s what treatment looks like for the most serious cases, according to the CDC and the World Health Organisation:

Both the WHO and CDC also emphasise that medical professionals should take steps to prevent the virus from spreading, such as wearing gloves, masks, and goggles.

Scientists are racing to develop treatments and vaccines to stop the outbreak. Major drug companies like Gilead are working on this, alongside startups like Moderna. In all, there are more than 100 clinical trials underway testing new and existing drugs, according to a recent article in the Journal of the American Medical Association.

The WHO says that remdesivir, a virus-fighting drug from Gilead, is “the most promising candidate.” The drug is being tested in multiple trials in people in the US and in Asian countries where the disease is spreading, Gilead has said.

The drug company said we’ll get the first information on how well remdesivir works in early April.

The Trump administration had raised worries that a potential coronavirus treatment might not be affordable, when the administration’s top health official said he wouldn’t take steps to control its price. But the official, Health and Human Services Secretary Alex Azar, backtracked a day later.

“I have directed my teams that if we do any joint venture with a private enterprise, that we’re cofunding the research and development program, that we would ensure there’s access to the fruits of that, whether vaccine or therapeutics,” Azar said.

The US government is involved in many of the vaccine and treatment development efforts.

The biotech Moderna has created a potential vaccine for the coronavirus that’s set to be tested in people starting in April. The first tests will be focused on whether the vaccine is safe, but it will take months of additional studies to know if it works. There are about 10 other potential vaccines being developed, according to the JAMA article.

Experts previously told Business Insider that the coronavirus could become a permanent disease that we have to contend with, just like the flu. That could mean getting a coronavirus vaccine each year, once one is developed, just like the flu shot, New York State Health Commissioner Dr. Howard Zucker said.

“This has enough of a morbidity, or the potential for mortality, that you would say every season that this is around, you should get this vaccine.”