Taiwan has only 77 coronavirus cases. Its response to the crisis shows that swift action and widespread healthcare can prevent an outbreak. 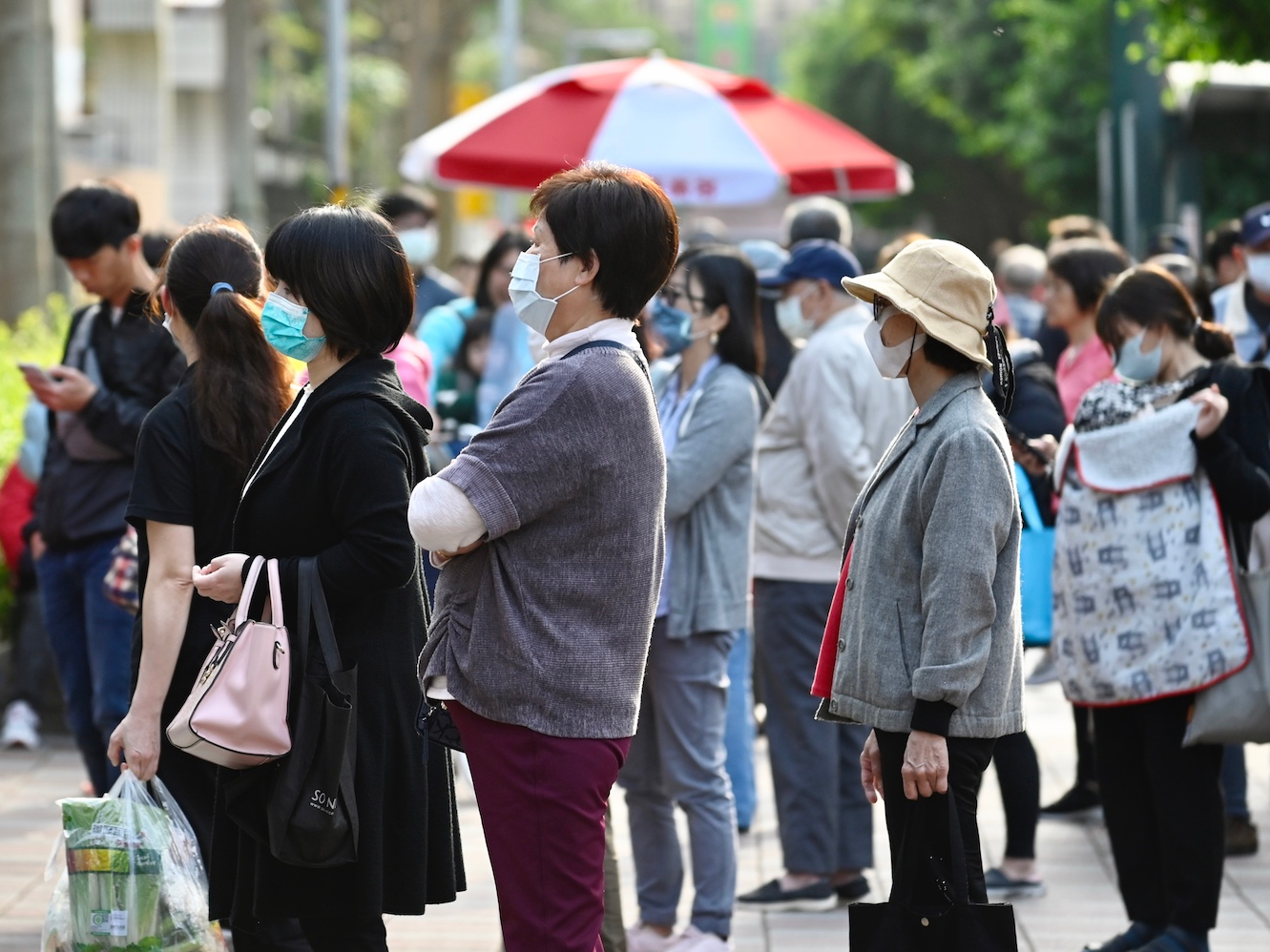 Getty ImagesParents wait for their children outside an elementary school in New Taipei City’s Xindian district on March 3.

Only 81 miles from mainland China, the island state of Taiwan and its nearly 24 million residents faced a dire threat as the novel coronavirus broke out in Wuhan, China, late last year.

But instead of fuelling pandemonium, the country has taken control of the situation. Taiwan has only 77 confirmed cases and a single death from COVID-19, the illness caused by the virus, and nearly 30% of infected people have recovered. China, by comparison, has about 81,000 confirmed cases.

China is one of the largest countries by population, with 1.4 billion people to Taiwan’s nearly 24 million. Still, China’s per-capita case rate is more than 25 times Taiwan’s.

In its fight against a countrywide epidemic, the government in Taipei has implemented 124 safety protocols, a testament to its quick, vast, and well-considered policy measures.

“The policies and actions go beyond border control,” Jason Wang, a Stanford University pediatrics professor and policy-analysis expert, told Stanford Health Policy earlier this month, “because they recognised that that wasn’t enough.”

How did Taiwan manage to stem a health crisis that originated in nearby China and has seen more than 127,000 infections and nearly 5,000 deaths around the globe?

In an article published last week in the Journal of the American Medical Association, Wang credited the government’s early and swift action: It took advantage of public-health infrastructure and data analytics, affordable healthcare, and extensive educational outreach.

Less than a week later, the government began monitoring people who had travelled from Wuhan since December 20.

“Suspected cases were screened for 26 viruses, including SARS and MERS,” the Stanford Health Policy report said. “Passengers displaying symptoms were quarantined at home and assessed whether medical attention at a hospital was necessary.” 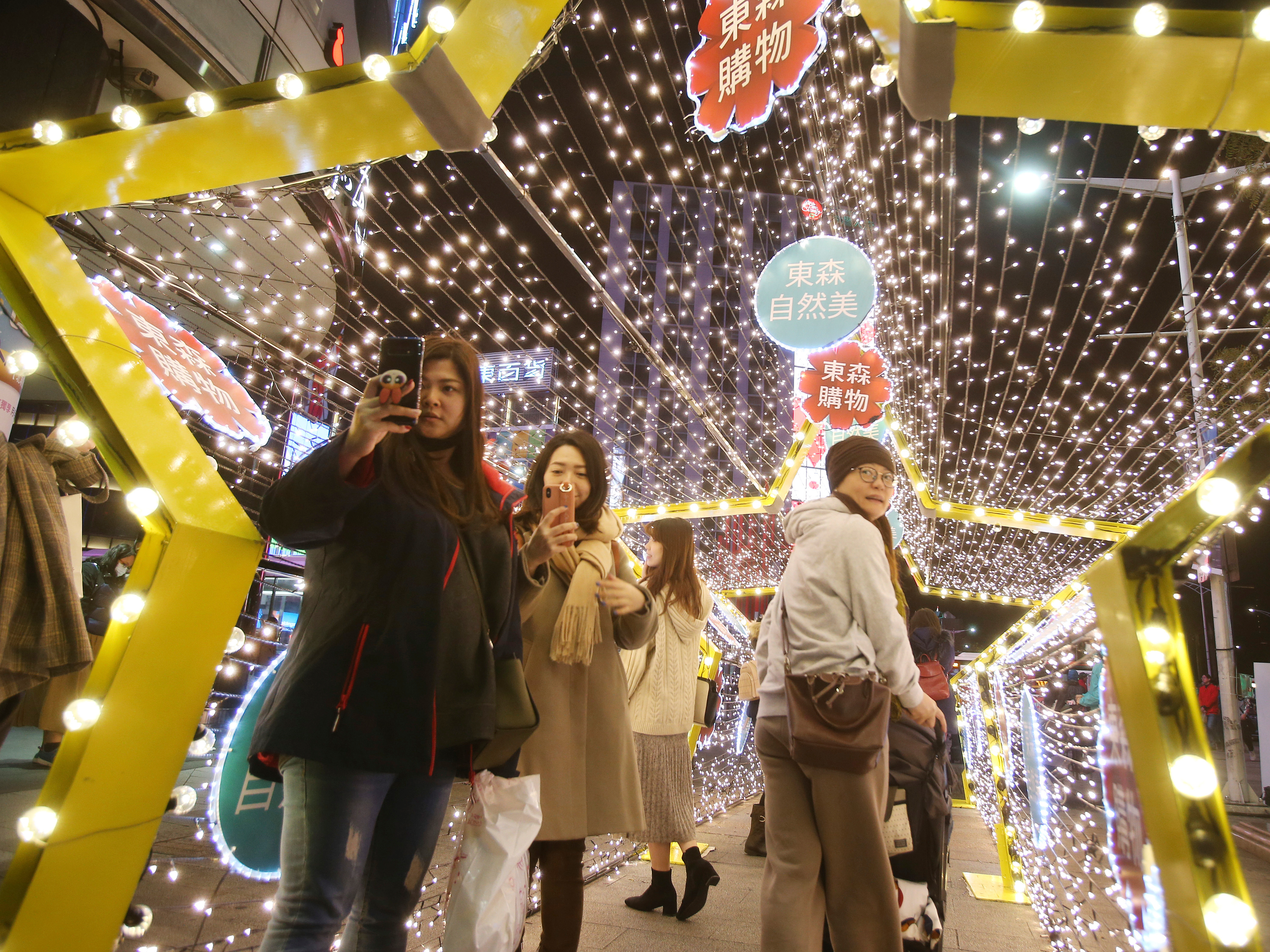 In mid-January, Taiwan sent a team of experts on a fact-finding mission to China – with permission, even though Taiwanese-Chinese relations are less than stellar.

“They didn’t let us see what they didn’t want us to see, but our experts sensed the situation was not optimistic,” Kolas Yotaka, a Taiwanese government representative, told NBC News.

Then the government ramped up safety and health protocols even further. 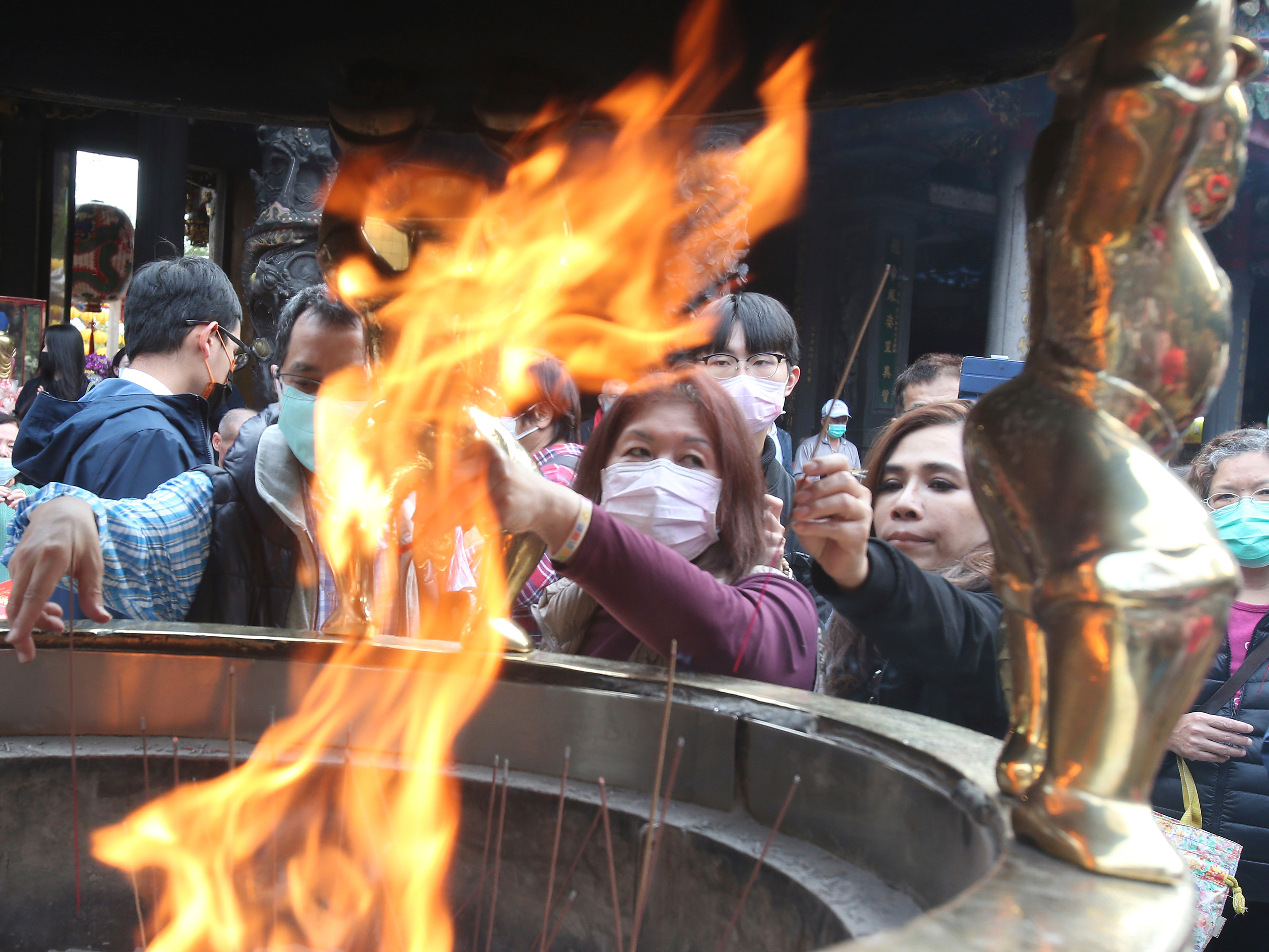 Chiang Ying-ying/AP PhotoPeople pray at the popular Longshan Temple in Taipei on Thursday.

Around the same time, the government banned the export of face masks and ensured they were affordable by capping prices at about $US0.17 each.

By late February, Taipei had distributed nearly 6.5 million masks to primary and secondary schools, as well as after-school institutions, plus 84,000 litres of hand sanitizer and 25,000 forehead thermometers.

Taiwan’s health infrastructure, including big-data analysis, is partially the result of the 2003 SARS outbreak, which killed 73 people and stunted its economy.

After the 2003 epidemic, Taiwan put temperature monitors in airports to screen travellers for fever, a symptom of COVID-19. The government had learned its lesson.

Travellers can also report their travel and health history with a QR code, which the government uses “to classify travellers’ infectious risks based on flight origin and travel history in the last 14 days,” the Stanford report said. 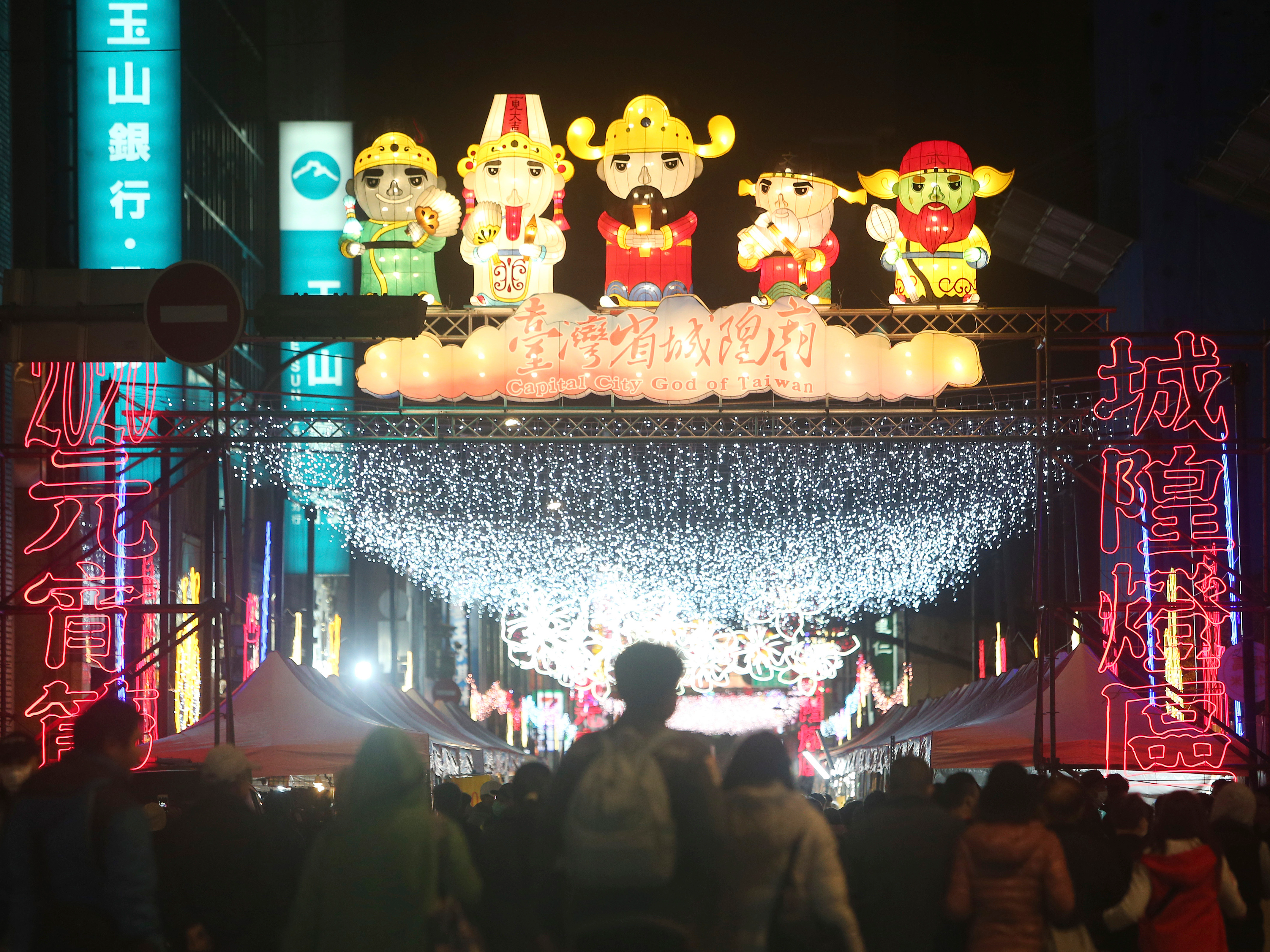 Crucially, the government does not forget about people who tested negative for the virus – it retests them to keep track of new cases, Wang told NBC News.

“Taiwan’s health insurance lets everyone not be afraid to go to the hospital. If you suspect you have coronavirus, you won’t have to worry that you can’t afford the hospital visit to get tested,” she told NBC News. “You can get a free test, and if you’re forced to be isolated, during the 14 days, we pay for your food, lodging, and medical care.

“So no one would avoid seeing the doctor because they can’t pay for health care,” she added.

To stem the crisis, Taipei required television and radio stations to broadcast hourly public-service announcements about the coronavirus, including how it spreads and how people should prevent infection, NBC News reported.

“We think only when information is transparent, and people have sufficient medical knowledge, will their fear be reduced,” Kolas told the outlet. 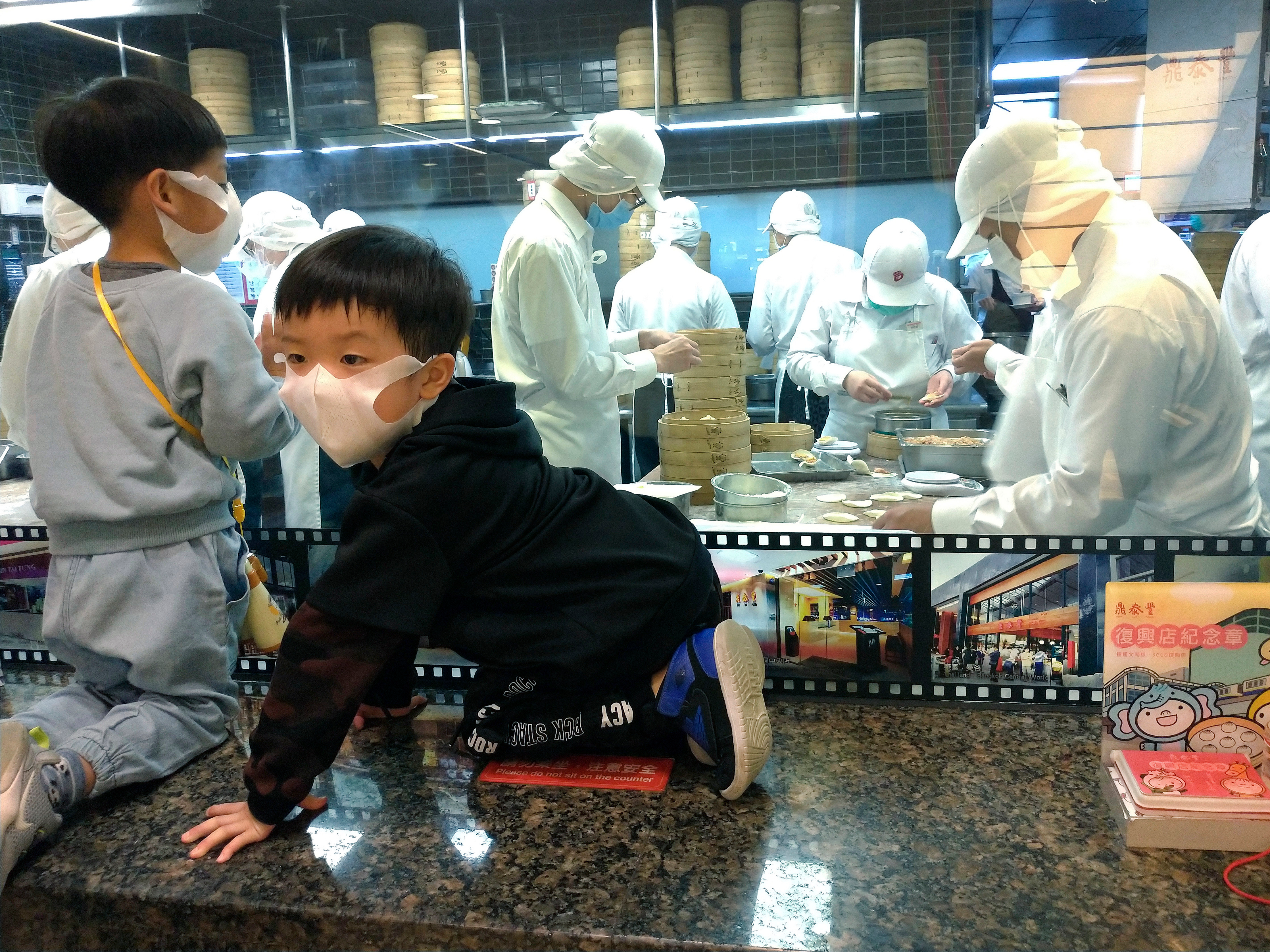 In turn, citizens have intensified their safety practices. Tu Chen-yang, a school principal, told NBC News that this was especially evident in schools.

“More than 95% of our parents take their child’s temperature at home and report it to the school before the children arrive,” Tu said. “Regardless of what the government does, people have to take responsibility for their own health.”

Public and private buildings have screened entrants for signs of fever, and apartment buildings have put hand sanitizer inside or outside elevators, NBC News reported.

It takes an entire country to keep people safe, and Taiwan’s extensive coordination and swift action have helped stem the tide of coronavirus cases in the country.