'I've been invisible this entire time and now we matter': A day in the life of a 22-year-old supermarket worker during the coronavirus outbreak 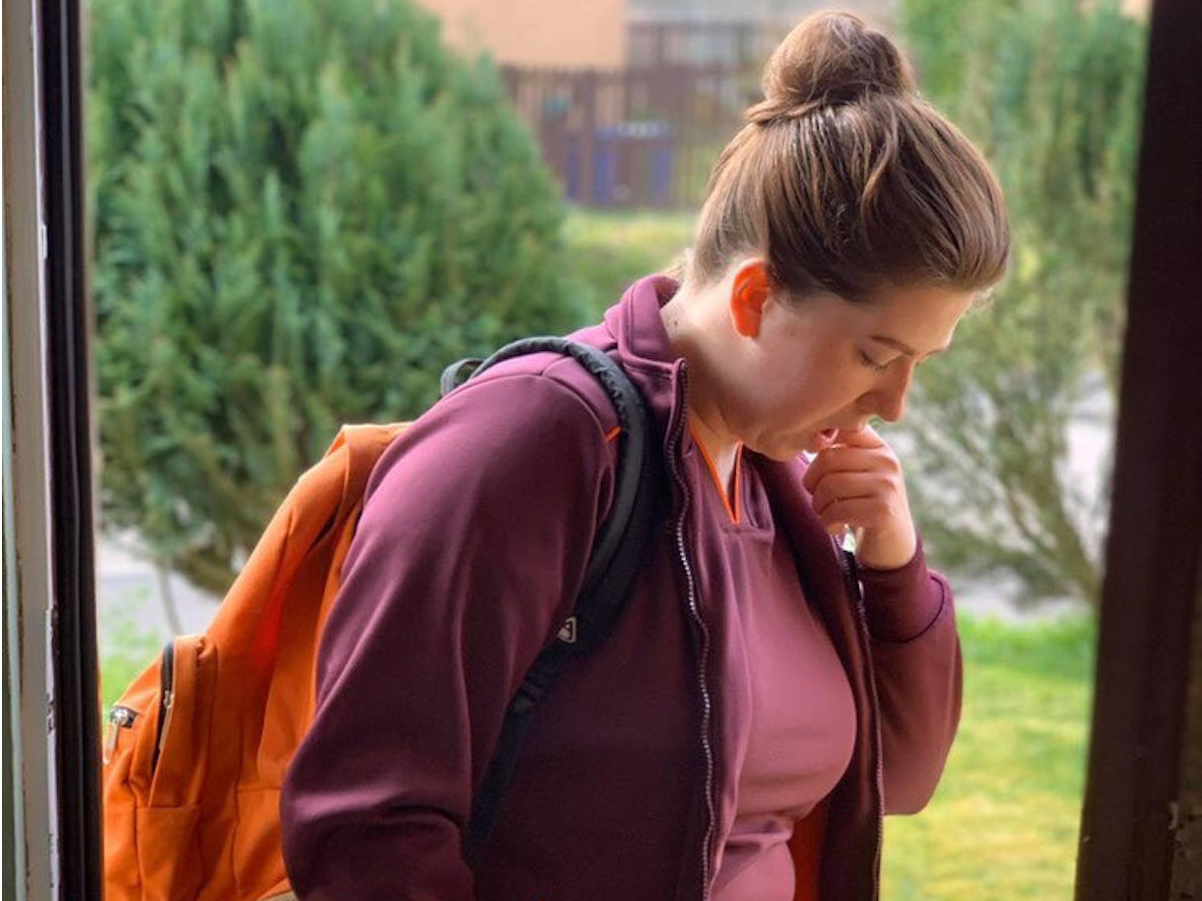 When the UK went into full coronavirus lockdown on March 23, Charlotte Gilgallon, 22, had to take her job a lot more seriously.

Gilgallon is an online shopping assistant at a Sainsbury’s supermarket branch in Glasgow, Scotland.

This means she is one of the thousands of people in the UK classified as “key workers” – people including policemen, postal workers, and waste collectors who still have to go to work to keep the country’s essential services running during the pandemic.

She works five to six days a week, from 4 a.m. to 12 p.m., and comes into contact with hundreds of people a day. 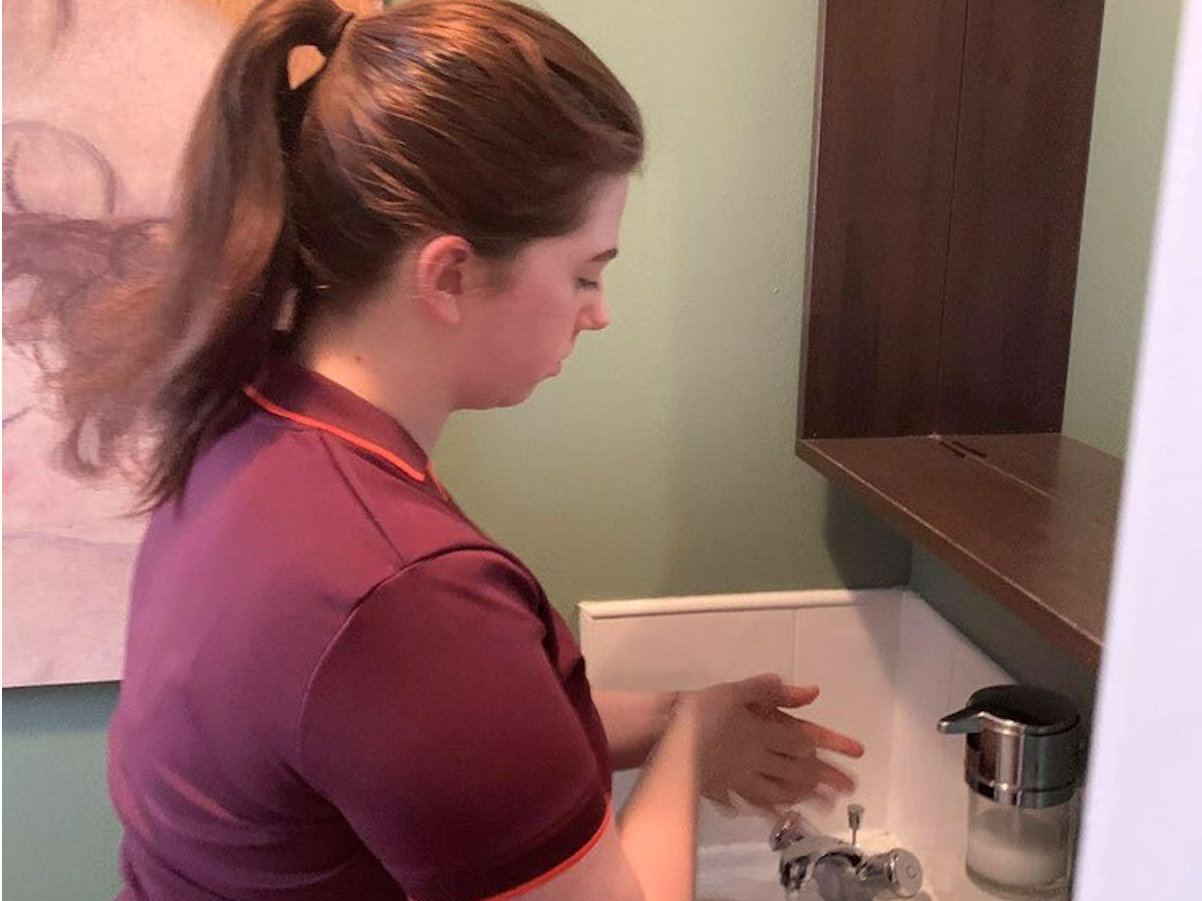 When Gilgallon first started working at her local Sainsbury’s in December 2019 – the month China recorded the world’s first coronavirus case – she was a cashier. But as coronavirus fears mounted she asked to switch to online shopping, which entails picking up items from supermarket shelves for delivery.

It means 3:30 a.m. wake-up calls, five to six times a week, for a prompt 4 a.m. start. At least the commute isn’t too bad – just five minutes by foot from her family’s home.

While at work, she collects an iPad listing all the customer orders placed that day, and starts walking down the empty aisles, scanning the products she needs, and placing them in a basket that will later be packed up and delivered to someone’s front door.

When the store opens at 8 a.m., and shoppers start filing in, Gilgallon needs to do her best to avoid them as much as possible as she continues weaving her way through the aisles, scanning products, and occasionally answering questions. 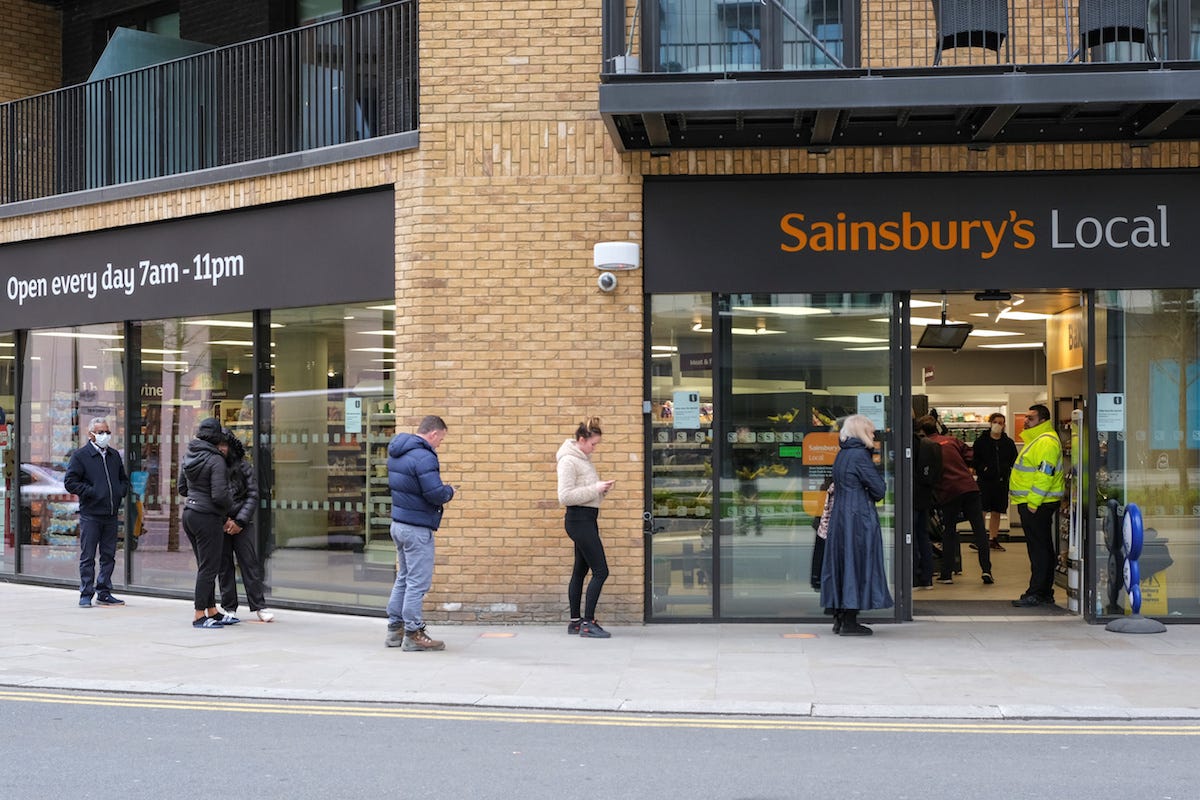 Steven Watt/ReutersShoppers lining up to enter a Sainsbury’s store while observing social-distancing measures in Royal Wharf, London, on March 31, 2020. Not Gilgallon’s branch.

Sainsbury’s, one of the UK’s largest supermarket chains, has nearly doubled the number of online grocery slots available during the coronavirus outbreak. But despite this, stores are still being pushed to their limits, scrambling to keep up with hundreds of orders a day, and prioritising slots for their most vulnerable customers.

While the number of customers allowed into the store at any given time is regulated, and staff are allowed to wash their hands as many times as they want, Charlotte remains highly cautious by wearing gloves and switching them out as regularly as possible.

She doesn’t wear a face mask, though – only cashiers are given them. (Unlike many other countries, the UK government has not told citizens to cover their faces in public.)

“Since I come into contact with maybe 300 people every day, I can’t only think of myself,” she told Business Insider. “I have to think about these people and their vulnerable family members as well.” 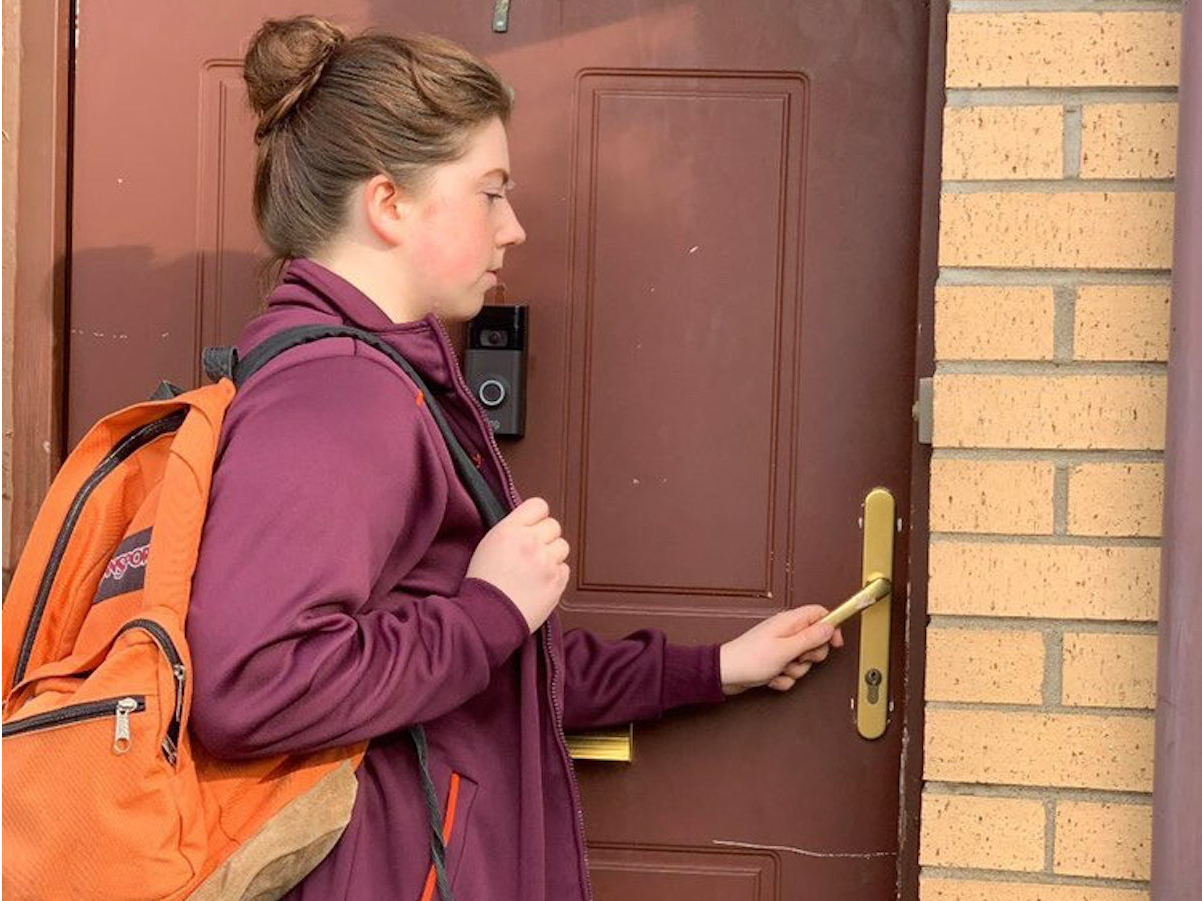 Charlotte GilgallonGilgallon at her front door.

The eight-hour shifts are not always easy. In the weeks leading up to the UK’s lockdown – around early March – people rushed to panic-buy food and supplies, causing some in the heat of the moment to be hostile toward staff.

Gilgallon – who had just ended a weeks-long vacation – came back to people shouting and disobey staff instructions. She was so shocked that she went home and had a “complete meltdown,” she said.

In March – which saw the peak of panic-buying – UK supermarkets recorded one of their most profitable months in a year, raking in £10.8 billion ($US13.25 billion).

People’s attitudes have since changed. They aren’t panic-buying anymore, and are much nicer.

“After the lockdown, there’s been such a shift in a way that people have been behaving towards us,” she said.

“It was very strange for me because suddenly I was getting thank yous and getting praised for my work, and then on Thursday nights, people are out on their front porches clapping for us, and that’s never happened before.”

People around the UK have been taking part in a nationwide “Clap for Carers” every Thursday at 8 p.m. to honour health workers, supermarket staff, and other essential workers. 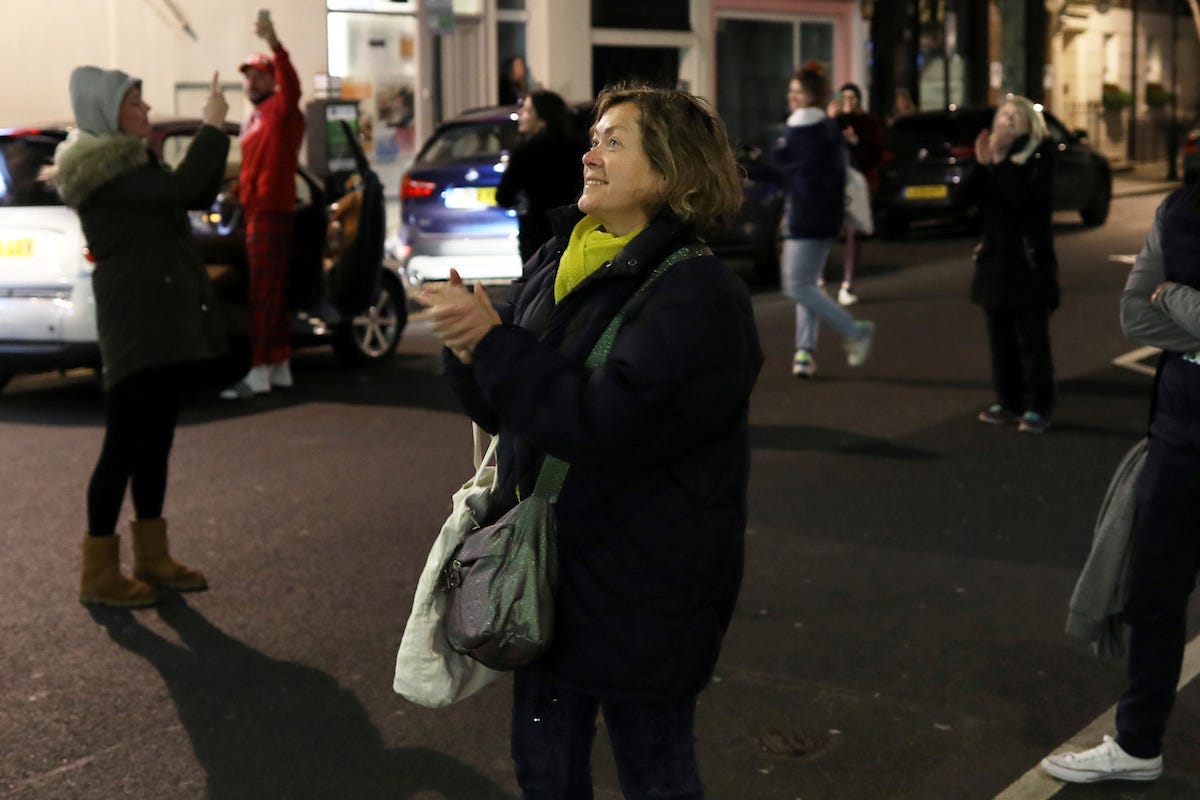 ‘I’m the liability in the house’

Because she is the only family member still going into work, she has to take extra steps to make sure nobody at home gets sick. Gilgallon lives with three other family members.

It means, after every eight-hour shift:

“We’ve been doing that for four weeks, and so far that has worked for us,” Gilgallon said.

“I feel a huge responsibility to protect myself even more now because I’m the liability in the house. I could catch something from someone in the store and bring that home to my family and that terrifies me.” 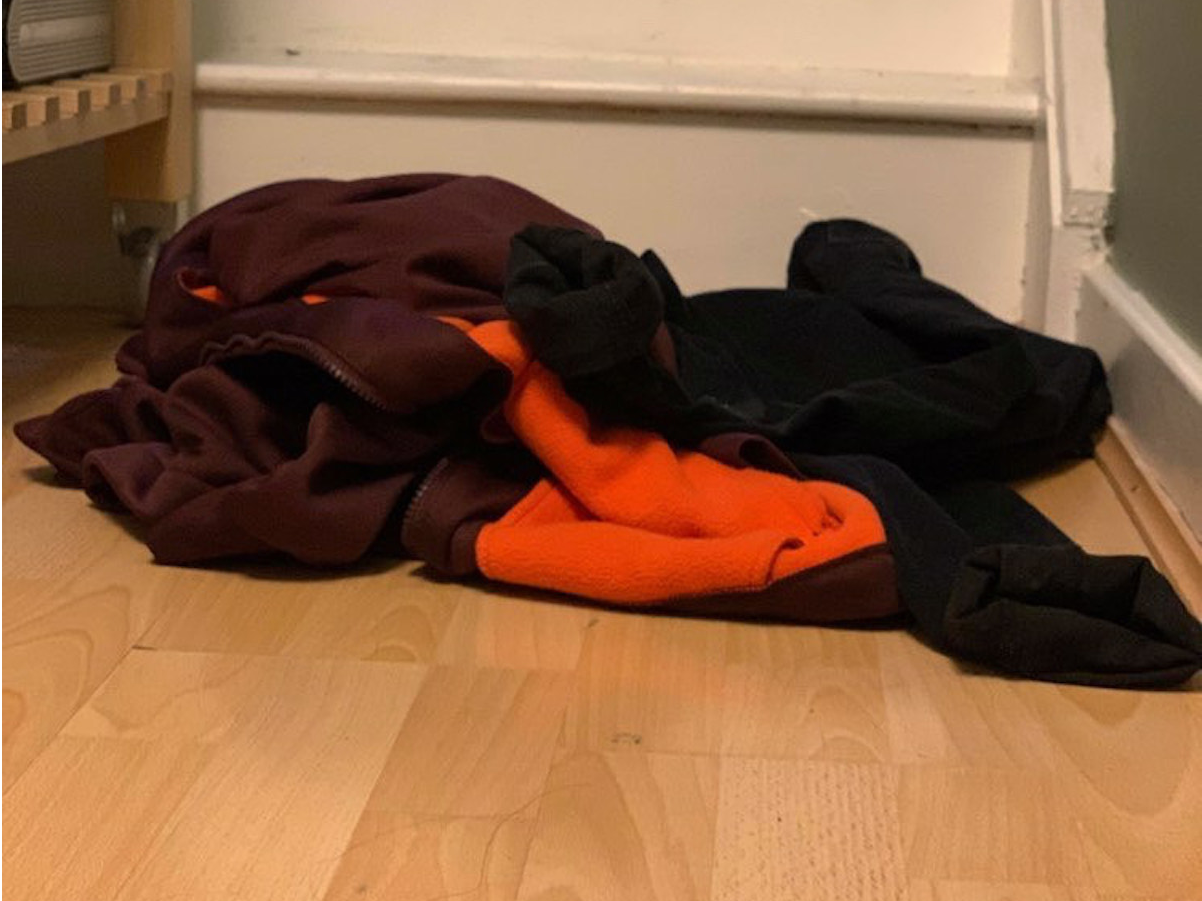 After her shower, Charlotte tries to relax as much as possible. Binging television shows, reading, and listening to audiobooks are some of her favourite ways to unwind.

It’s been hard for her to be apart from her boyfriend, who lives 30 minutes away by car.

‘I’ve been invisible this entire time and now we matter’

In a time where leaving the house means risking not just your health, but also that of others, going to work has become a scary feat – even if it’s just a five-minute walk.

But despite the daily pressure, Charlotte’s family members, who are all working from home, have been nothing but supportive.

“We didn’t really have a conversation about whether or not I was going to go to work because that’s my income, so if I can still earn money, and now even help people, and we stick to the game plan, and everyone is OK, then I don’t see any reason to stop,” she said.

But for many employees who do these jobs – many of which usually go unnoticed – the responsibility to keep society running has been overwhelming.

“I’ve worked in retail on and off for the last three years of my life and it’s as if I’ve been invisible this entire time and now we matter, now every single person that works in a supermarket is important,” Gilgallon said. 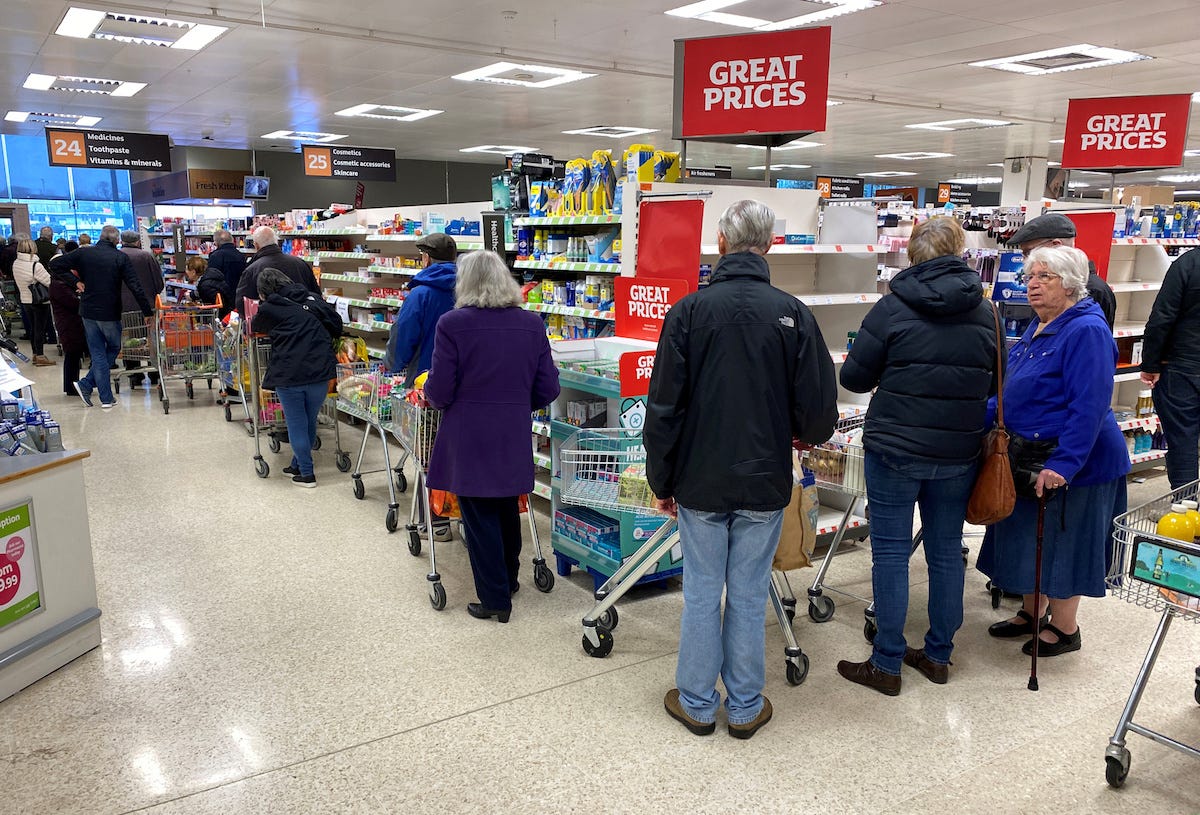 Paul Childs/ReutersPeople queue inside a Sainsbury’s supermarket in Watford, England, on March 19, 2020.

As a very sociable person who “loves going into town,” Gilgallon finds it difficult to have all that taken away from her so suddenly.

But she remains positive, adding that she has “never been prouder” to be working as a supermarket worker at the frontlines of a pandemic.

“We’re living in a new world. I feel like I certainly changed a lot in these last couple of weeks,” she said. “Because I’m continuing to work during this, I have seen it first-hand.”

“And when everything goes back to what we used to call normal, I really do hope that people don’t forget all the kindness and compassion we have shown each other.”