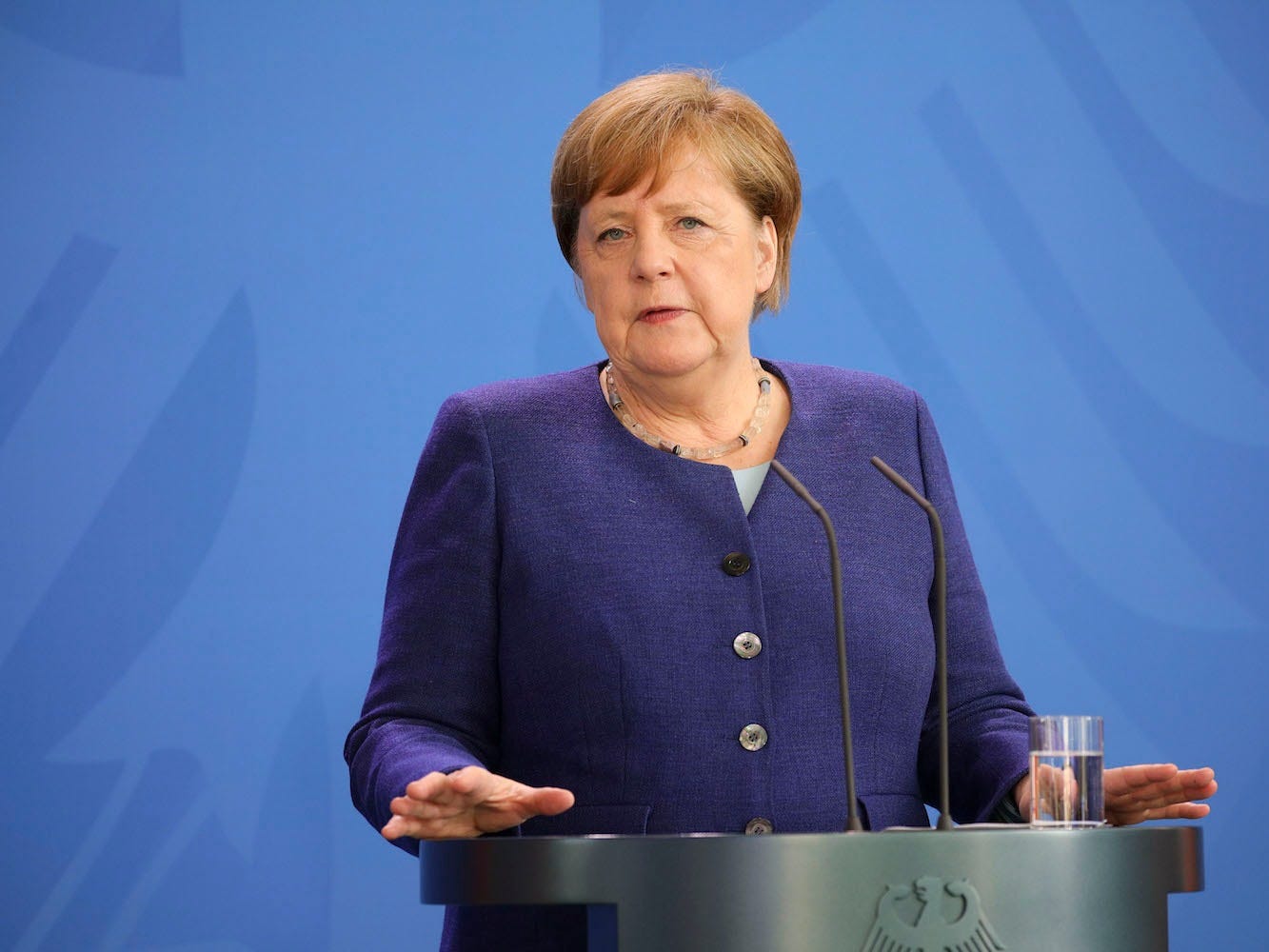 Omer Messinger-Pool/Getty ImagesGerman Chancellor Angela Merkel holds a press conference at the Chancellery on May 20, 2020 in Berlin, Germany.

Germany is looking to borrow a further 62 billion euros ($US69.8 billion) than previously expected in 2020 to help fund its 130 billion euro ($US146 billion) stimulus package response to the coronavirus pandemic.

Bloomberg reported Monday, citing confidential sources who weren’t authorised to speak on the subject, that the additional amount Germany plans to borrow will bring the country’s overall borrowing this year to 218 billion euros ($US245.4 billion).

Germany’s total government debt currently stands at around 2.05 trillion euros ($US2.31 trillion), which represents around 60% of the country’s GDP.

That is the lowest ratio of any major Eurozone economy, and well below the likes of France and Italy, which have debt to GDP ratios of around 97% and 131% respectively.

Chancellor Angela Merkel’s cabinet is expected to sign off the additional budget on Wednesday, the sources told Bloomberg. It is then due to go to the German parliament for approval.

The German government agreed at the start of this month to a fresh domestic stimulus package worth 130 billion euros ($US146 billion), much higher than had been expected prior to its announcement

In March, Germany’s parliament approved an increase of 156 billion euros ($US176 billion) to the national debt in 2020 to fund the stimulus packages that it knew would be need.

Some of the measures included a fall in the main-value-added tax (VAT) from 19% to 16% for six months starting from July 1, providing families with a 300 euro ($US338) payment per child and a refund on a car-buyer bonus scheme.

This came just days after the EU proposed a gigantic 750 billion euro ($US845 billion) blueprint to fund the recovery of the European economy from the virus.

Germany’s GDP is expected to fall by 6.3% this year according to the country’s economic ministry.