Spencer Platt/Getty ImagesIt’s unclear how many Amazon or Whole Foods employees have died from the coronavirus.

The employees of Amazon and its grocery subsidiary Whole Foods have provided Americans a key service during the coronavirus pandemic.

But attorneys general from 12 states and Washington, D.C., say Amazon CEO Jeff Bezos and Whole Foods CEO John Mackey haven’t done enough in one key area: protecting its workers and being transparent in how employees have fared during the coronavirus pandemic.

In a May 11 letter addressed to both CEOs, state attorneys general made seven demands of Amazon and Whole Foods. These included providing employees paid leave, unlimited unpaid leave, and adequate health and safety. It also demands the two retail behemoths comply with state sick leave law and address why leaders of worker protests at several fulfillment centres were laid off.

In several areas of the letter, these officials make clear that they need to know how many workers at Whole Foods and Amazon have become sick with the coronavirus or died from it.

The attorneys general from Massachusetts, Connecticut, Delaware, Illinois, Maryland, Michigan, Minnesota, New Mexico, New York, Oregon, Pennsylvania, Washington, and the District of Columbia are concerned that reporters have had to track these cases and deaths. 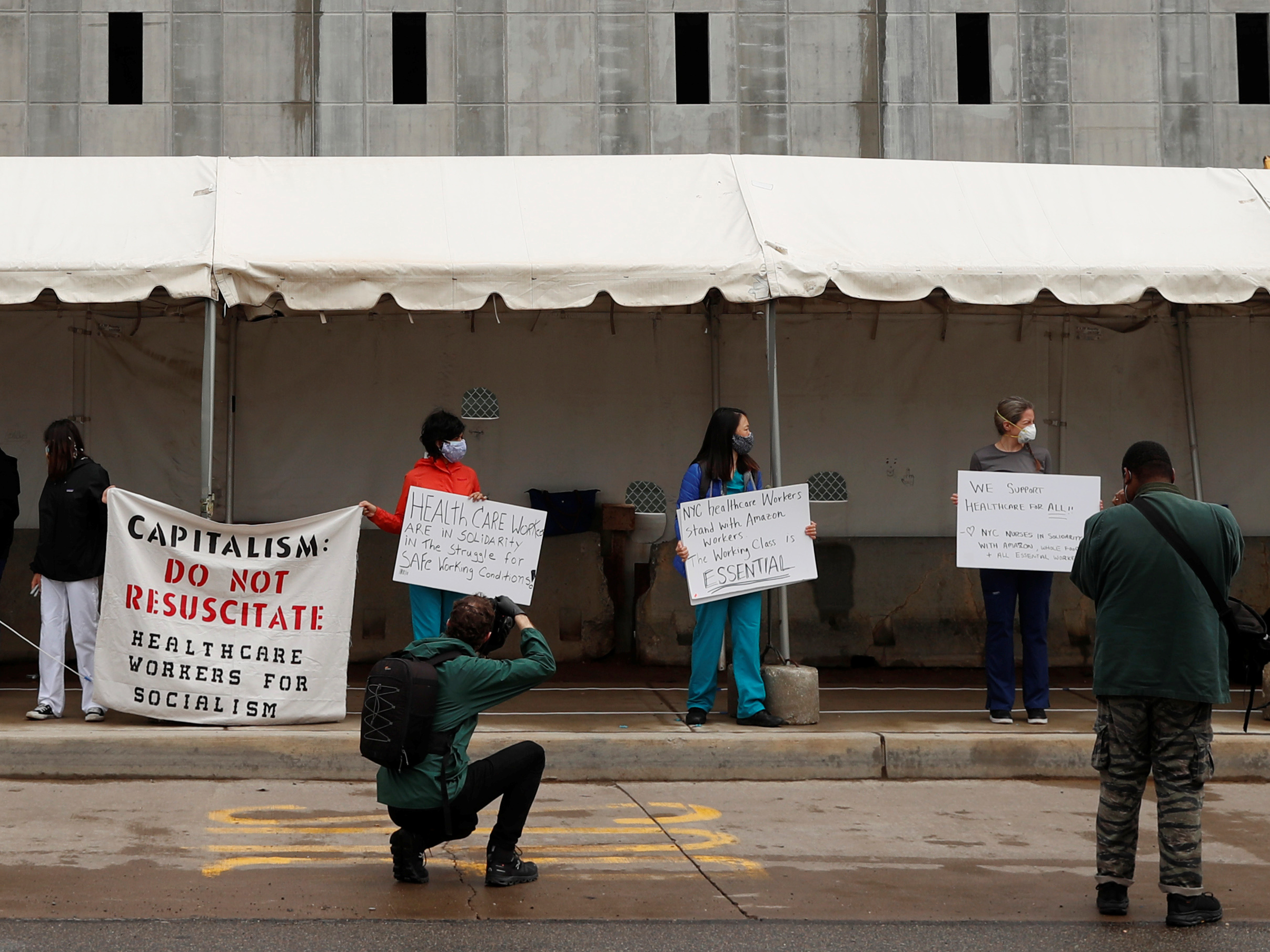 REUTERS/Lucas JacksonDemonstrators hold signs during a protest outside of an Amazon warehouse during coronavirus outbreaks in New York on May 1, 2020.

“We are concerned that our Offices and the public are learning of these serious developments through secondhand media reports, rather than hearing directly from Whole Foods,” the attorneys general wrote in a portion of the letter that highlighted Whole Foods’ response.

“Accordingly, we request that Whole Foods provide a description of its policies and processes, if any, that relate to notifying consumers, the public, and public health authorities of serious COVID-19 developments at Company stores,” they added.

They are demanding Whole Foods and Amazon provide a state-by-state breakdown. The state AGs noted in their May 11 letter that they have previously requested this information.

Meanwhile, one Amazon executive has defended his company’s right to not explore or publish this data.

In a 60 Minutes segment aired May 10, Amazon senior vice president of operations Dave Clark told correspondent Leslie Stahl that he did not have the number of total employees affected by the virus, and said the number is not “particularly useful.” 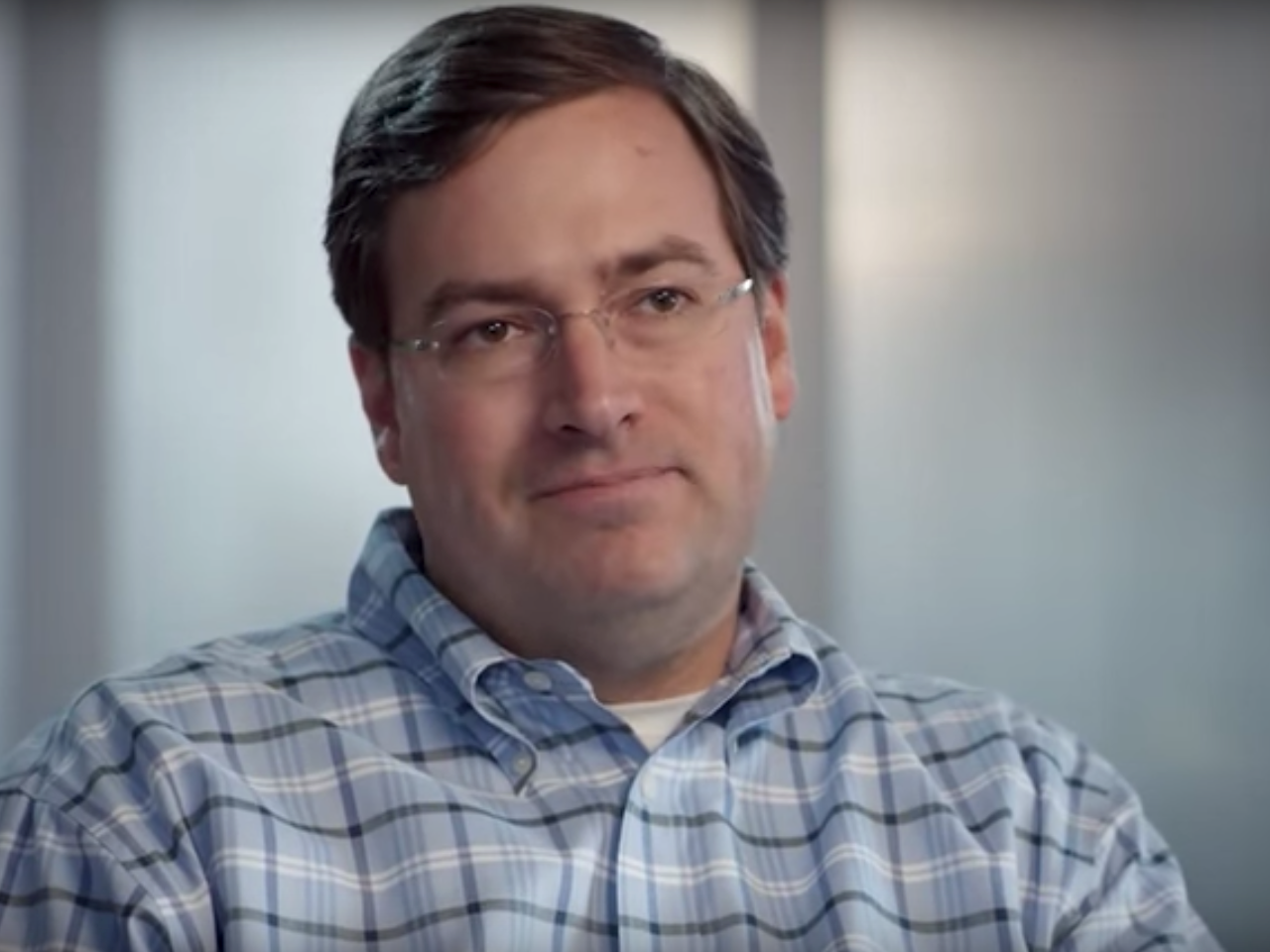 For Amazon leadership including Clark, the rationale is that people are getting sick because of where they live; they could be getting sick from grocery stores, gas stations, or any other places where Americans congregate in recent weeks.

“We see COVID cases popping up at roughly a rate generally just under what the actual community infection rates are, because our employees live and are part of those communities,” Clark told Stahl.

State AGs aren’t on board with that sentiment, saying that Amazon, which made $US75.5 billion in revenue in the first three months of 2020, is obligated to reveal those numbers to the public. The officials wrote, “It is incumbent upon Amazon and Whole Foods as businesses and employers not to worsen the emergency by failing to take every possible step to protect their employees and their customers.”