WASH YOUR HANDS: San Francisco added public hand-washing stations throughout the city to help combat the spread of coronavirus. Here's what they're like. The best way to fight the spread of the coronavirus disease, as health officials have repeatedly been declaring, is to wash your hands.

Per recommendations by the Centres for Disease Control and Prevention, take a generous amount of soap, and scrub thoroughly while reciting the “Happy Birthday” song or another 20-second tune.

In an effort to make hand-washing easier for San Franciscans, city leaders have placed hand-washing stations throughout the city. The map below shows where each one is located.

Here’s how to use them.

There are 20 hand-washing stations placed throughout the city, with many clustered in the city centre.

They’re a part of the city’s existing Pit Stop program that erected bathrooms, sinks, and disposal bins for needles and dog waste. 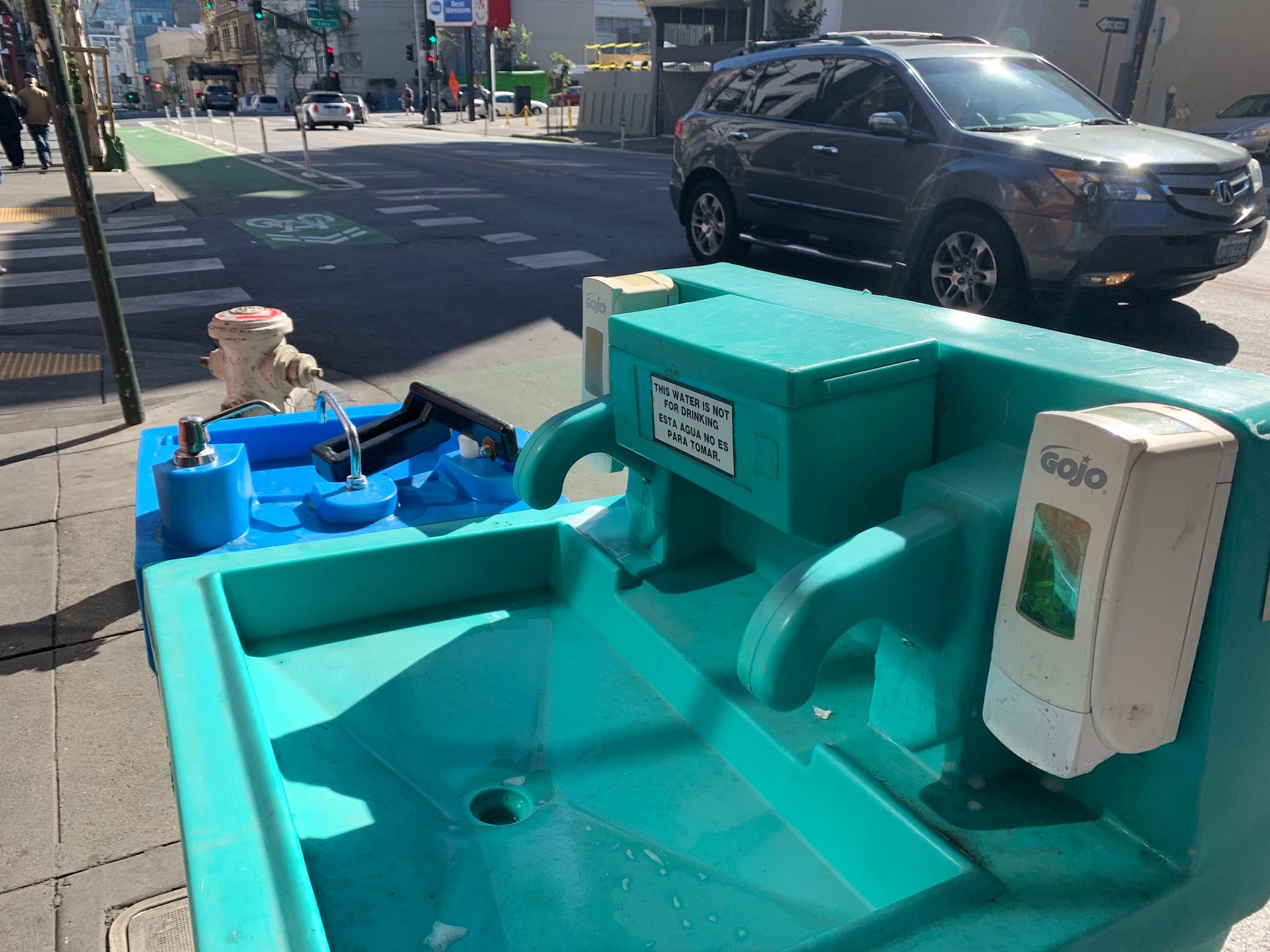 The stations include two basins with foot pumps that turn the water on and soap dispensers. 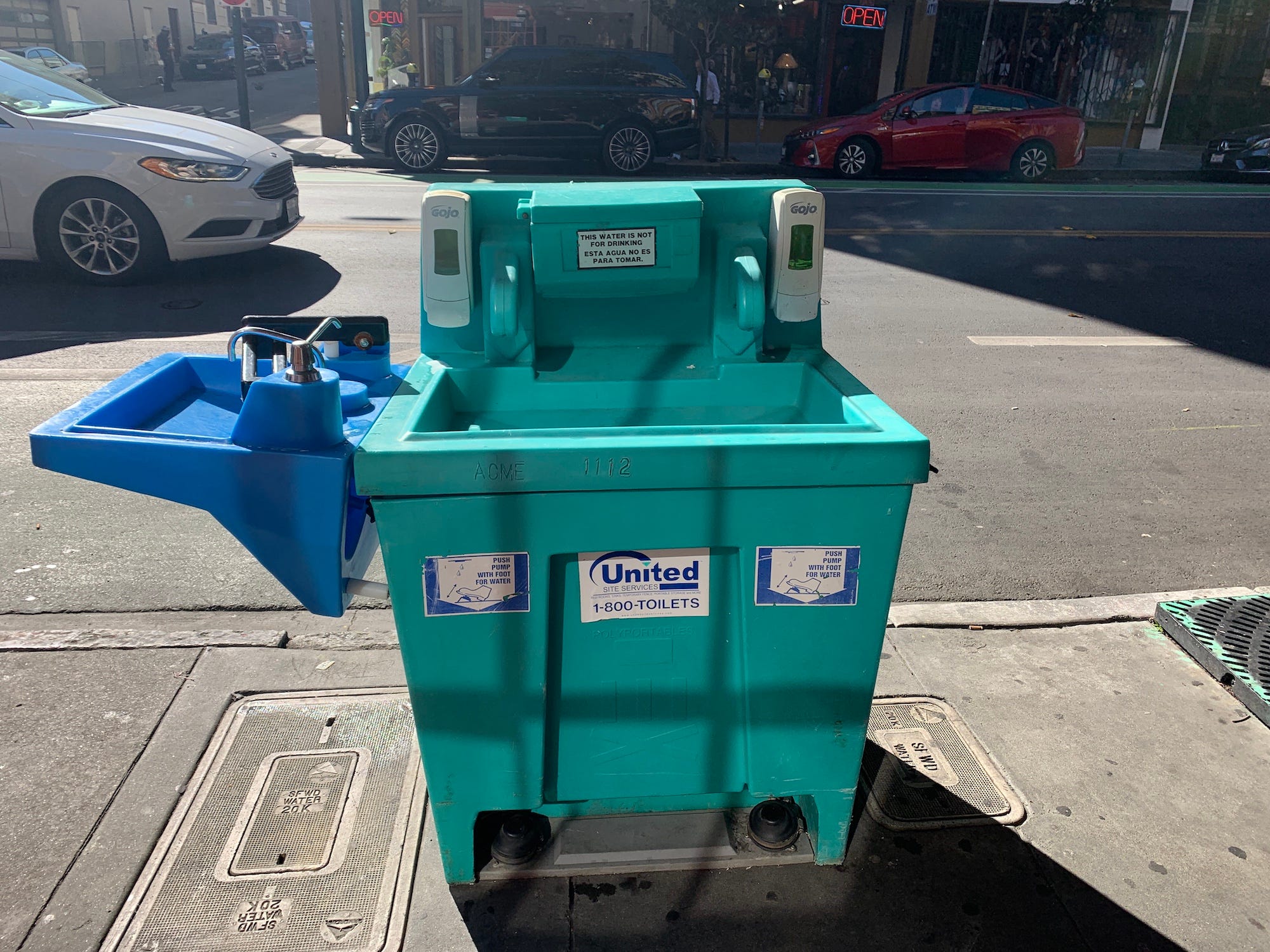 When Business Insider stopped by, a man was using the station to first wash a piece of clothing and then to wash his hands. 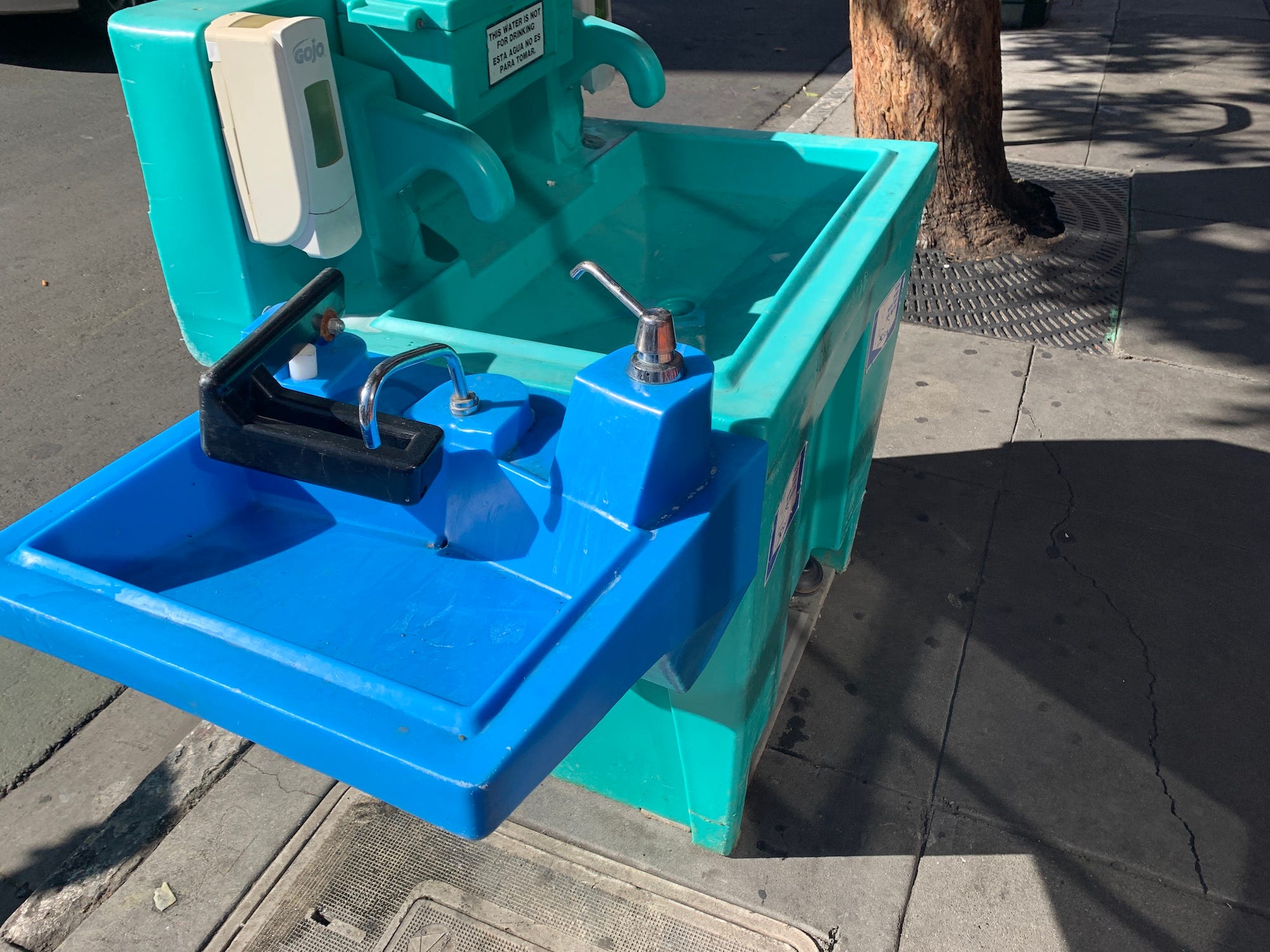 The accessibility to soap and water is a much-needed feat for the city’s most vulnerable residents that comprise the homeless population. There was a sign on the station stating that the water is not potable. 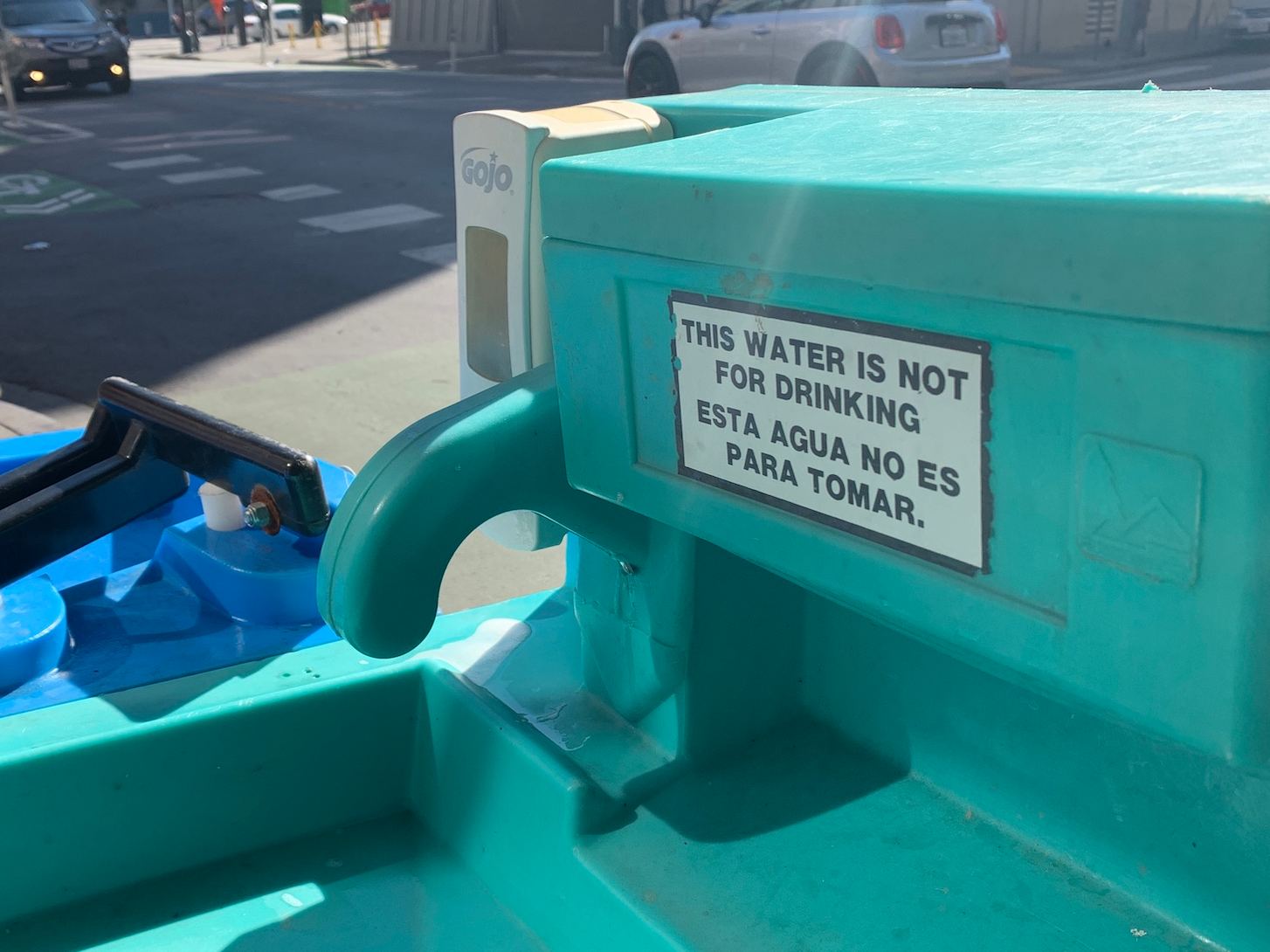 The stations are one of the latest measures taken in response to a coronavirus outbreak in the city. 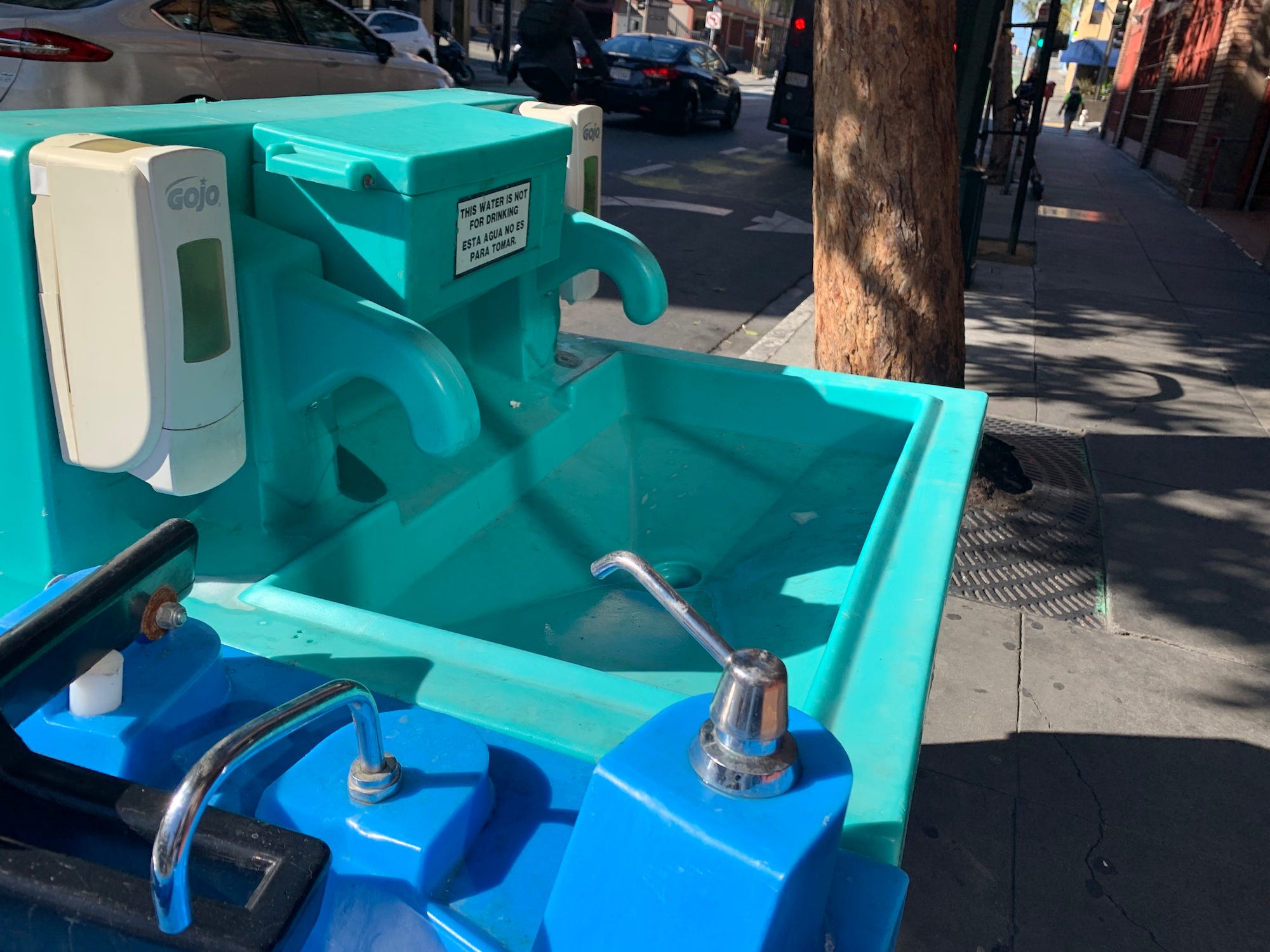 San Francisco has 18 confirmed cases of the coronavirus and has banned large gatherings exceeding 1,000 people as part of a continuous effort to contain the disease by practicing social distancing. 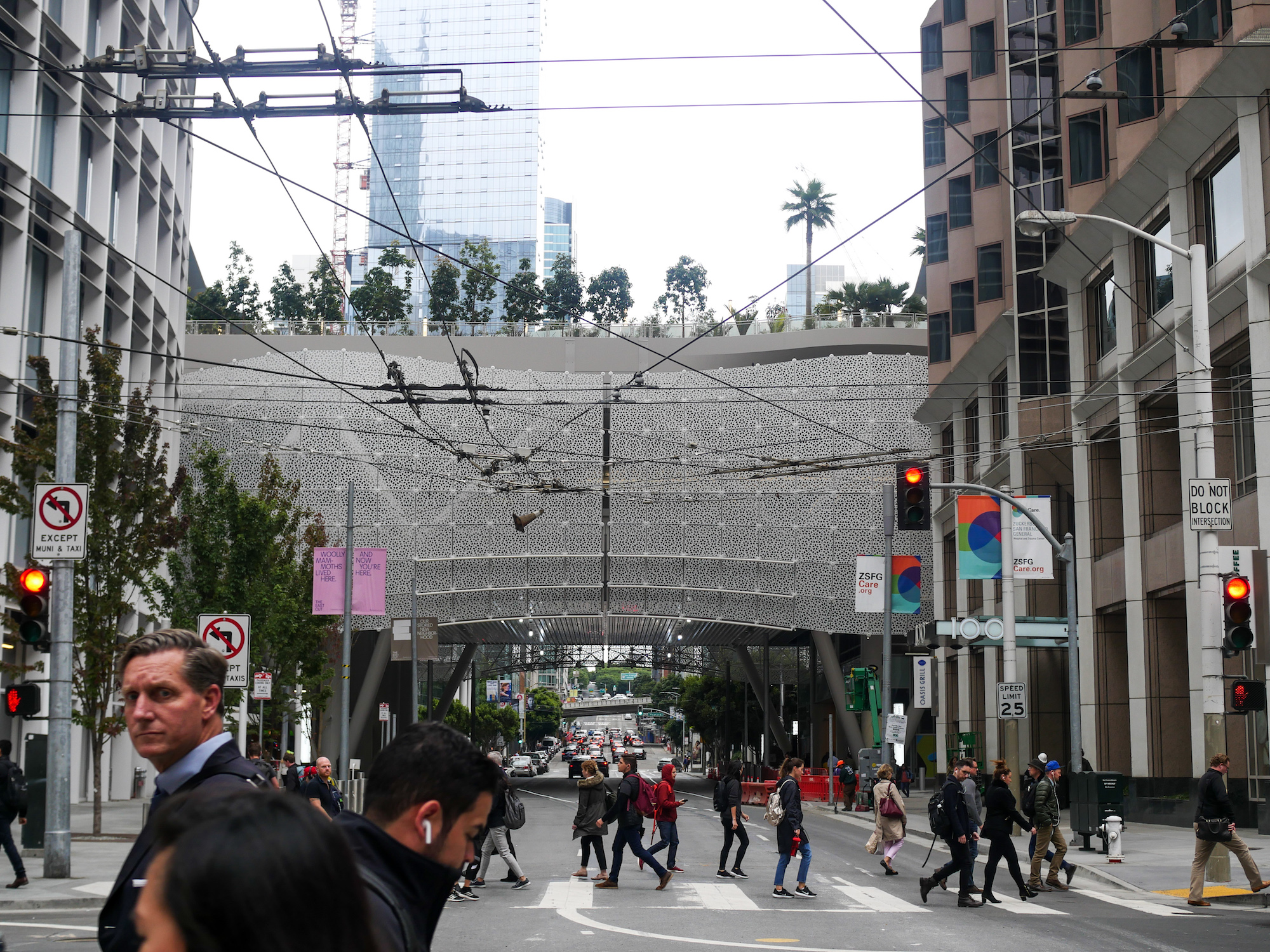 The city announced Tuesday that it will use RVs to quarantine those who test positive for the virus or who have been exposed to it and are living on the streets, in shelters, and in SROs. The city also announced this week that it is spending $US5 million to deep-clean the city’s homeless shelters, SROs, and supportive housing buildings in an effort to protect members of its homeless population. 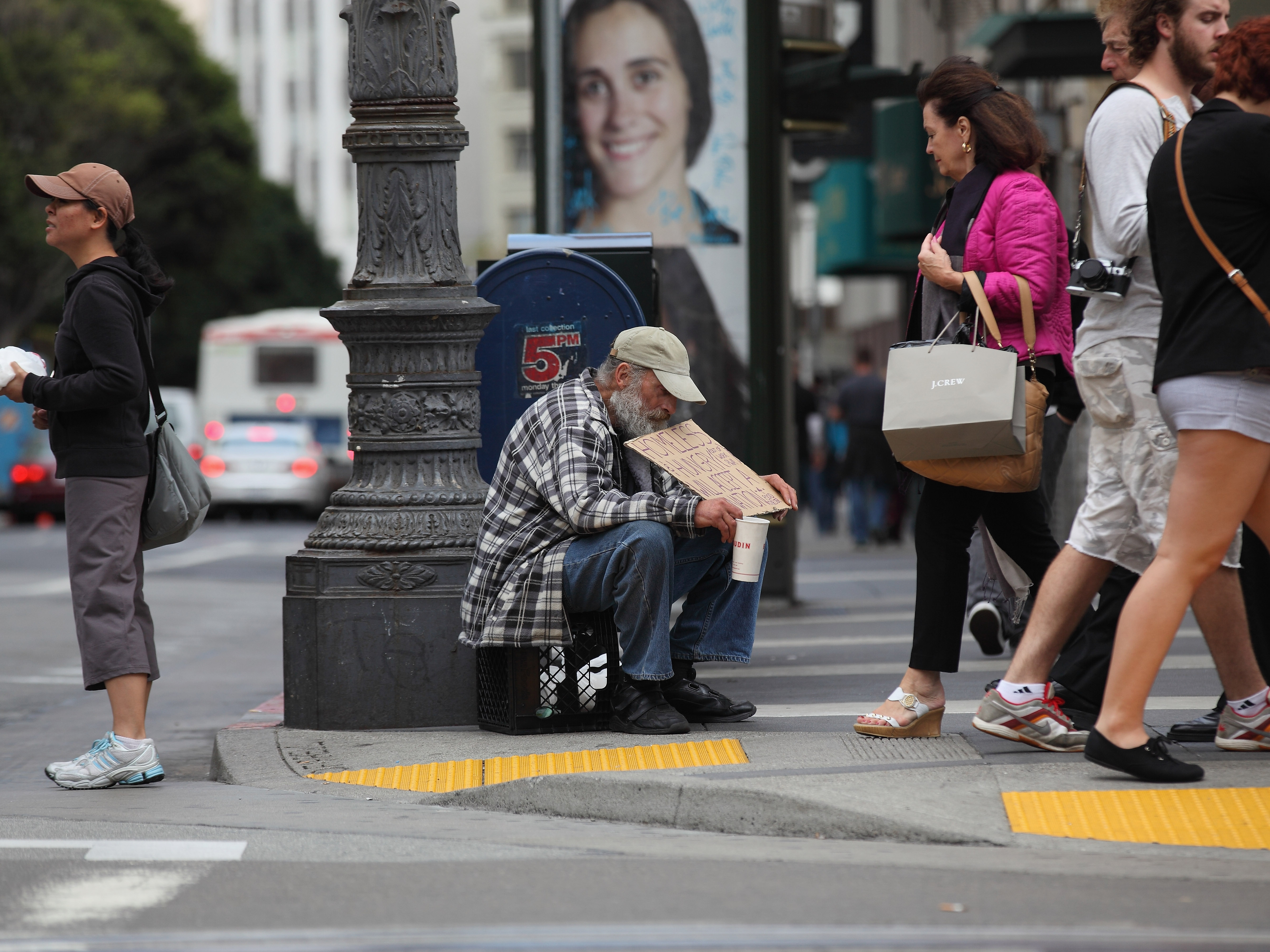