The coronavirus poses a major threat to homeless populations in San Francisco, LA, and Seattle — the two crises could soon intersect 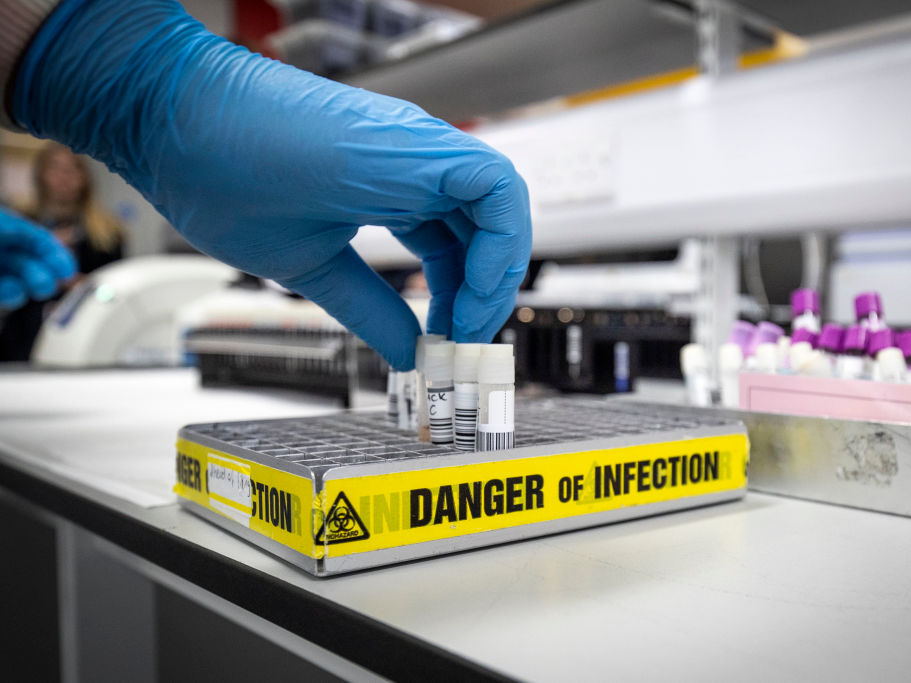 California has more than 130 cases of coronavirus – a number increasing by the day. The best ways to avoid contracting the virus are washing your hands frequently, avoiding touching your face, and keeping your distance from sick people. But for the over 150,000 people in the state who sleep on the streets, in their cars, or in shelters, taking these precautions is nearly impossible.

San Francisco, which has at least 13 confirmed cases of coronavirus and has declared a state of emergency, had 8,011 homeless people in 2019. People experiencing homelessness often lack access to bathrooms, areas where they can self-quarantine, and adequate healthcare resources. So they are at a high risk of contracting the virus and also may not seek treatment – which threatens their own lives and could help the virus spread.

“The main communication that the city had put out when it declared a state of emergency is that people should be washing their hands and staying home, but obviously, where are you supposed to go?” Quiver Watts of the Coalition for the Homeless told Business Insider. “There are 1,000 people on the waitlist for shelters – you have no home, where are you supposed to go?”

On Monday, San Francisco Mayor London Breed announced that the city would allocate $US5 million to services designed to help protect homeless and senior populations from the threat of coronavirus. The efforts include expanding cleaning in shelters, navigation centres, and single-occupancy hotel rooms.

“We know that many of our most vulnerable residents – those who could get very sick or die if they contract COVID-19 – are living in congregate and semi-congregate settings like shelters and single-room occupancy hotels,” Breed said in a news release.

Advocates for the homeless are calling for more resources

The coronavirus has infected over 113,000 people and killed 4,000. It has spread to over 100 other countries, including the US, which has over 700 cases. (Read the latest updates here.) The virus can be transmitted through droplets when people are up to 6 feet apart. About 80% of cases are considered mild, but those who are elderly or have pre-existing health conditions are the most vulnerable.

Advocates for the homeless are calling for more support and resources to prevent the coronavirus’ spread among the at-risk group.

“Overall, the national response seems really slow,” Brenda Wiewel, director of the USC Initiative to Eliminate Homelessness, told Business Insider. “I don’t think we have enough ability to test people, provide supplies, all of that.”

Wiewel lives in Los Angeles, which had 58,936 homeless people in 2019. Los Angeles County has 14 confirmed cases of coronavirus and declared a public-health emergency on Wednesday. Mike Blake/ReutersA person sleeps next to the stars on the Hollywood Blvd footpath in Los Angeles, California, on February 6, 2020.

Allocating more resources – soap, sanitizer, and testing kits, among other supplies – to homeless populations to prevent the spread of coronavirus is necessary, Wiewel said. Advocates say San Francisco and LA should both provide more access to bathrooms and hygiene stations for homeless people, more training within the shelter system, and more education for the homeless about the coronavirus.

“Outreach workers are being trained to ensure that they protect themselves, and then they’re being equipped with hand sanitizer to give out to people who live on the street,” she said. “And they’re also being taught to educate people, because they might not even be familiar with the virus. They might not have access to the news in the same way, so they need to know about the dangers and how to protect themselves in the best way they can.”

Watts said many homeless individuals may not be aware or worried about the outbreak yet.

“There are people who are taking it seriously and those who don’t see it as as much of a threat yet,” Watts said. “But I imagine that will be changing as the epidemic spreads.”

Wiewel suggested that mobile medical teams could visit common spots where homeless people gather to help to provide tests and treatment for those with symptoms.

“There’s certainly a need for a lot of coordination between our healthcare systems and our homeless-service providers,” she said.

‘Crisis is kind of the normal state of life’

San Francisco hasn’t announced a plan for isolating people who get sick but don’t have homes. There’s an especially large risk if there’s an outbreak in a shelter, where hundreds of people sleep in close quarters.

Seattle, which is also experiencing a coronavirus outbreak and has a large homeless population, announced last week that it would bring in modular units like tiny homes for homeless people. But those won’t be ready for at least another week.

“People sleeping outside are still being pushed from block to block, and having essential medication confiscated, having their survival gear confiscated, not being able to help quarantine or take the time to rest and heal if they’re experiencing symptoms,” Watts said. Shannon Stapleton/ReutersA woman walks past men on the footpath in the Tenderloin neighbourhood in San Francisco, California, on February 28, 2020.

No coronavirus cases among homeless people have been reported yet. But outbreaks aren’t uncommon in this population – last year, San Diego County saw an outbreak of Hepatitis A among its homeless. In the past decade, homeless communities in Illinois and Florida have faced tuberculosis outbreaks as well.

“One takeaway that I had from this situation is that all of the risks that we’ve been talking about around homelessness are exacerbated as a moment of crisis,” Watts said.

Homeless people are always worried about contracting an illness from someone they’re sleeping next to, Watts added.

“For most people who are experiencing homelessness, crisis is kind of the normal state of life,” Watts said.