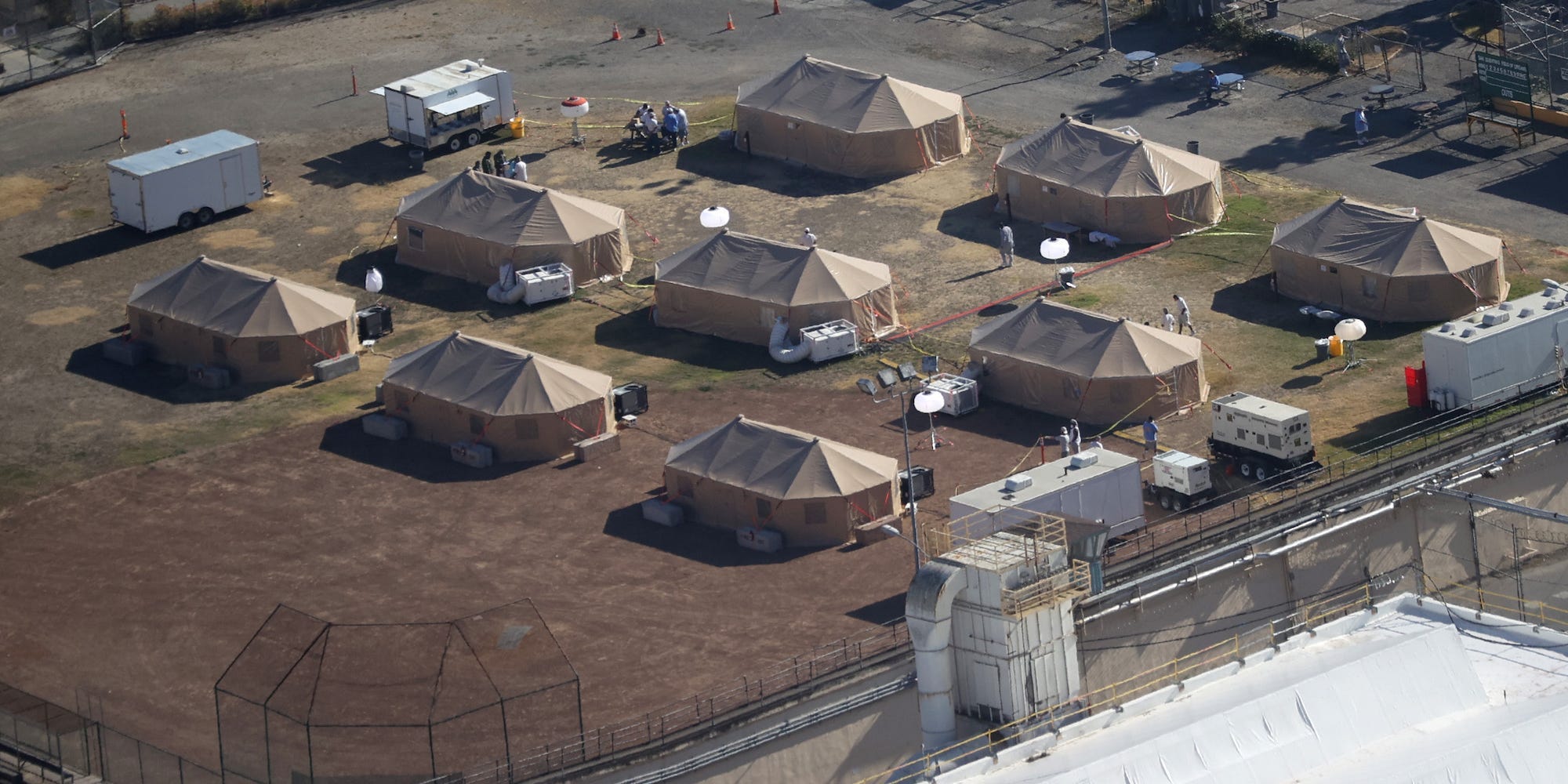 Getty Images/Justin SullivanA view of a new emergency care facility that was erected to treat inmates infected with COVID-19 at San Quentin State Prison on July 08, 2020 in San Quentin, California.

More prisoners in the United States have died of the coronavirus since March than have been executed since 2001, new data show.

The UCLA COVID-19 Behind Bars Data Project has tracked 902 confirmed deaths in prisons and jails across the country as of August 26. According to the Death Penalty Information Centre, 839 prisoners have been executed since January 1, 2001. Since 1976, 1,522 inmates have been executed in America.

The Ohio State University law professor Douglas Berman was the first to point out the COVID-19 deaths had surpassed the number of executions on his blog on August 23.

He also noted that it’s “problematic in many ways” to compare the coronavirus deaths to executions, given that the death penalty is reserved for people who commit aggravated murder, whereas coronavirus has killed inmates regardless of the severity of the crimes they were incarcerated for. Justin Sullivan/Getty ImagesFaith leaders, activists, and family members honour 17 people that died of coronavirus while incarcerated on May 12, 2020 in San Francisco, California.

The virus has ravaged prison and jail facilities since March, resulting in more than 114,000 confirmed COVID-19 cases, according to the UCLA data. The director of the UCLA project, Sharon Dolovich, has noted that the figure is likely an undercount due to the lack of widespread testing.

The UCLA data also tracked the disease’s impact on prison and jail staff, tallying more than 25,000 confirmed cases and 72 deaths.

The facilities have come under fire for their cramped, unsanitary conditions, and prison officials and elected leaders have been urged to allow the release of certain inmates.

Some jurisdictions have already done so, including California, which could release as many as 17,600 inmates early, according to the Associated Press. New Jersey lawmakers are also weighing the release of 3,000 prisoners – 20% of the state’s total prison population.