Pentagon chief pours cold water on theory that coronavirus was released from a Wuhan lab, despite Trump admin investigation NBCDefence secretary Mark Esper spoke cautiously about the theory that the coronavirus was accidentally released from a Wuhan virology lab.

Defence Secretary Mark Esper took a cautious line on the theory that the coronavirus was released from a Wuhan virology lab, after the Trump administration confirmed that it was investigating that possibility.

Esper said that “a majority of the views right now is that it is natural, it is organic,” in an interview on NBC’s Today show on Thursday night. His comments echoed Joint Chiefs Chairman Gen. Mark Milley, who said in a Tuesday press briefing that evidence otherwise is “inconclusive,” according to Politico.

The comments came after it emerged on Tuesday that scientific diplomats who visited the Wuhan Institute of Virology numerous times in 2018 had sent two warnings back to the US government alleging poor safety practices .

The lab had been studying novel coronaviruses and their possible transfer between bats and humans. After this, Secretary of State Mike Pompeo confirmed that the government was investigating the possibility the lab accidentally released the virus. China denies this.

It, and most scientists, favour the theory that the virus emerged in bats and was transmitted to humans in one of the city’s wet markets, as Business Insider’s Aylin Woodward reported.

Speaking to NBC on Thursday, Esper said it was hard to trust the Chinese state on this matter. “We do know one thing: If the Chinese government, the party, had been more transparent earlier, it would have helped us in terms of staying ahead of this virus… To this day, they need to be far more forthright than what they have been.”

On Wednesday, it emerged that the Chinese state had learned in mid-January that the virus could spread between humans, but sat on the information for six days. At the same time it said that it did not believe human-to-human transmission was possible. 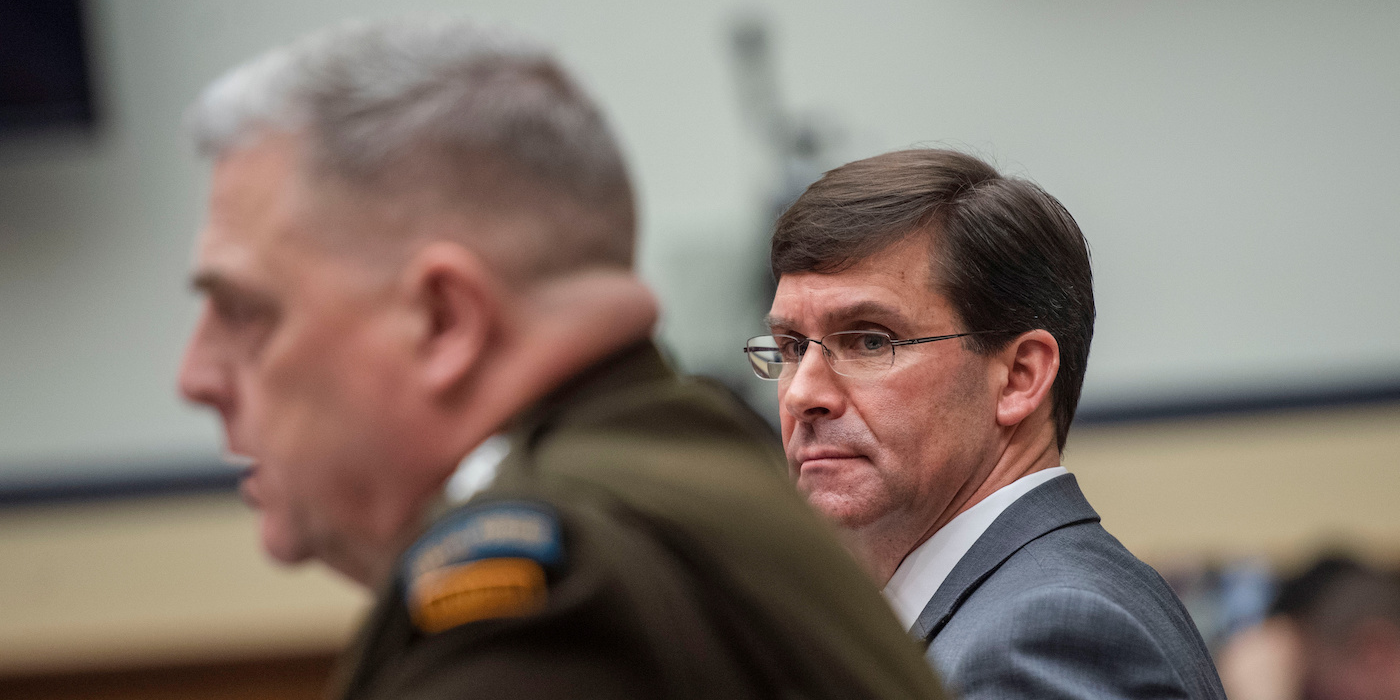 On NBC Esper, like Milley, did not fuel further speculation about the origins of the virus, saying the Pentagon had been “looking closely” at it but that he couldn’t comment much on intelligence matters.

He said: “The results are inconclusive … a majority of the views right now is that it is natural, that it is organic.

“I think we need to continue to work this, and once we get beyond the pandemic we’ll have a chance to look back and really find out what happened.”