The death of Souplantation may have hit fans hard, but it was far from unexpected. Here's why more buffet closures may be on their way. 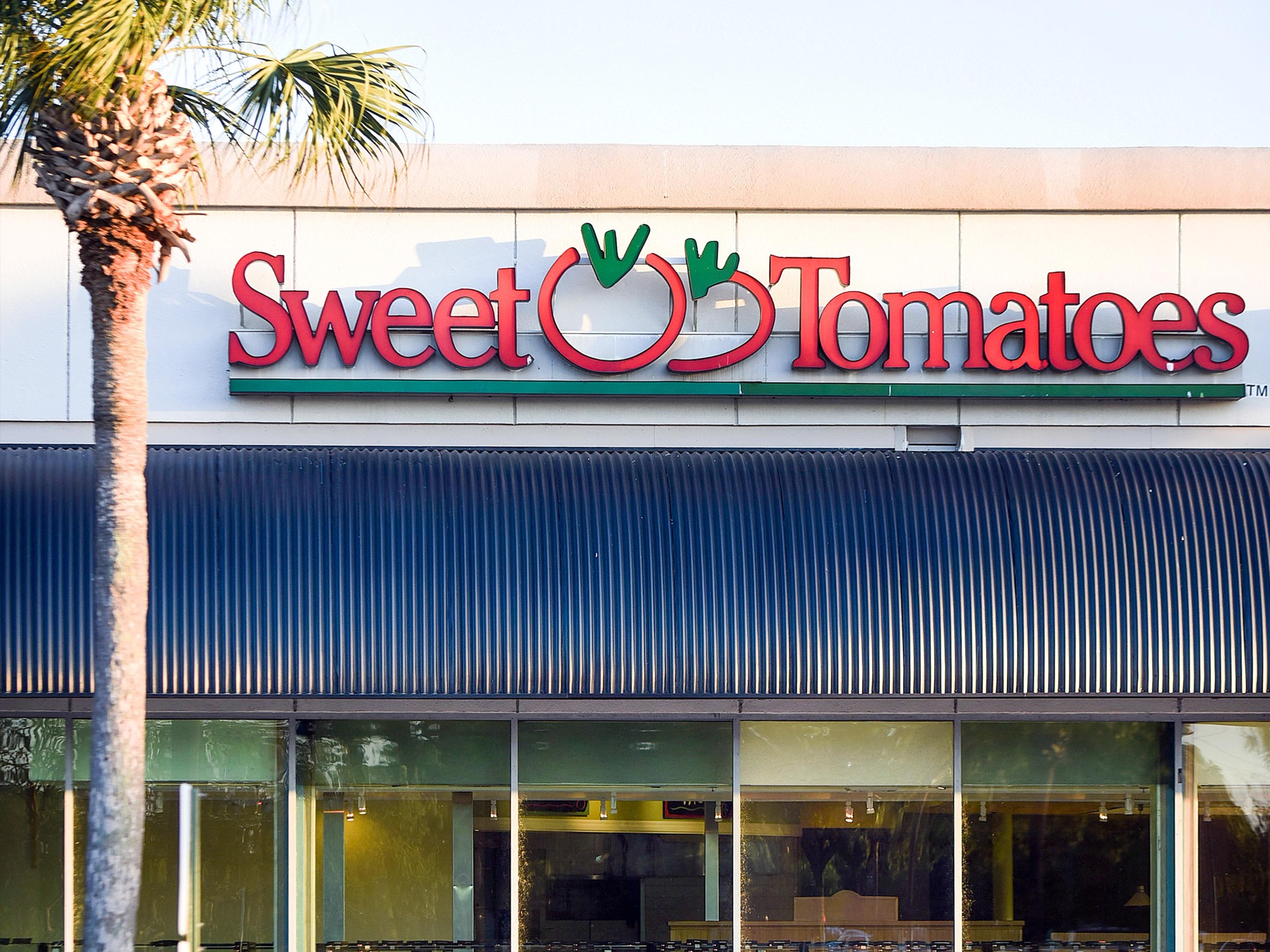 Paul Hennessy/SOPA Images/LightRocket via Getty ImagesSweet Tomatoes and Souplantation may not reopen after the pandemic.

Salad buffet chains Souplantation and Sweet Tomatoes were riding a comeback wave. Garden Fresh, their parent company. had filed for bankruptcy in 2016, but had seen a steady increase in foot traffic since then. Things were on the up-and-up: Garden Fresh was in the middle of renovating all 97 locations and preparing to open several new units when the coronavirus pandemic hit.

Then, on May 8, Garden Fresh CEO John Haywood announced that the company would file for bankruptcy again – less than four years after its previous filing. Haywood told Restaurant Business that the company did not “see a viable way to reopen.”

The death of Souplantation may have hit fans hard, but it was far from unexpected.

Even before the pandemic, buffets were already on shaky footing. From 1998 to 2017, the number of buffet restaurants decreased by 26% while the number of overall restaurants grew by 22%, according to The NPD Group, a market research company. Old Country Buffet’s parent company, Ovation Brands, filed for bankruptcy three times in the last twenty years. Ponderosa/Bonanza Steakhouse’s parent company, formerly Metromedia Steakhouse, went bankrupt in 2008, eventually selling the buffet brand to FAT Brands in 2017.

Why have buffets suffered so much in the last two decades? There are several possible factors. One is that at the turn of the millennium, Americans began a shift away from quantity and toward quality when it comes to food. “Super Size Me” and “Fast Food Nation” forced Americans to confront their fast-food habits – and their growing waistlines. Nutrition has become more of a concern when choosing where to eat, and in the 2000s, fast-food chains struggled to climb back into vogue while the farm-to-table movement flourished.

Fast-food chains are now doing just fine. But for some reason, buffets just can’t seem to break into the vitamin-fortified hearts of millennials and younger diners.

Business Insider spoke with restaurant analyst John Gordon, who has worked in the restaurant industry for 50 years. Gordon worked at a Ponderosa Steakhouse for 10 years early in his career and is a fan of salad buffets. However, he told Business Insider that he’s seen a lot of buffet operators close down over the years.

“Many of those buffet operators have had a falling off in business activity. A lot of it had to do with people’s tastes and preferences as a certain generation of adults grew older,” Gordon said.

Before the coronavirus pandemic hit, buffets were already struggling to rebrand and convince the public they were hip, convenient, fast, and most importantly, safe. Now, many won’t get the chance to do so. And the ones that do will have a much steeper hill to climb. Mike Kemp/In Pictures via Getty ImagesFrom 1998 to 2017, the number of buffet restaurants decreased by 26%.

When asked if he believed the pandemic would be the death knell for many buffet restaurants, Gordon responded, “I believe so.”

One theme that restaurant owners and analysts have repeated to Business Insider throughout this crisis is that the pandemic is speeding up trends that were already starting to take hold slowly. These trends – towards increased online ordering, food delivery, cashless payments, off-premise dining – largely leave the buffet format in the dust.

Gordon said that the restaurant industry is likely to see a permanently increased focus on off-premise consumption. Restaurant concepts that are well-built for those models are doing better during the pandemic, too. While casual dining restaurants are seeing an average 60-90% loss of revenue, fast food is only seeing an average 35% revenue loss, according to Gordon, who compiles his own data based on various sources such as NPD Group and Black Box Intelligence, which provide restaurant industry data and insights.

And while survey data hasn’t specifically tracked consumer interest in buffets, survey data shows that people are likely to make choices based on perceived risk. Buffets may see the same consumer behaviour work against them, as consumers could perceive buffets as high-risk places. Because they rely on shared serving utensils and serving stations, buffets have many more high-touch points than your average sit-down restaurant. Even if strict precautions are taken, buffets, as we know them, may simply feel unsafe.

That’s not to say there aren’t innovations that buffet owners could make to make their businesses more coronavirus-proof. More than anything, winning back customer trust will be key to regaining business after the pandemic.

Instead of open serving areas, buffets could switch to cafeteria-style serving, with an employee and the food behind a glass shield and a customer in front of it. This would ensure fewer high-touch points for customers and may make it easier to enforce social distancing.

Buffets could also pivot to non-buffet models, Gordon suggests. If a buffet restaurant pivoted to offering takeout and delivery, that could increase its chances of survival.

However, the classic American buffet – touching a hundred communal tongs and spoons to stack piles of food onto your fifth plate – will likely be a relic of a time before the coronavirus, before consumers started to make decisions based on safety more than anything else.