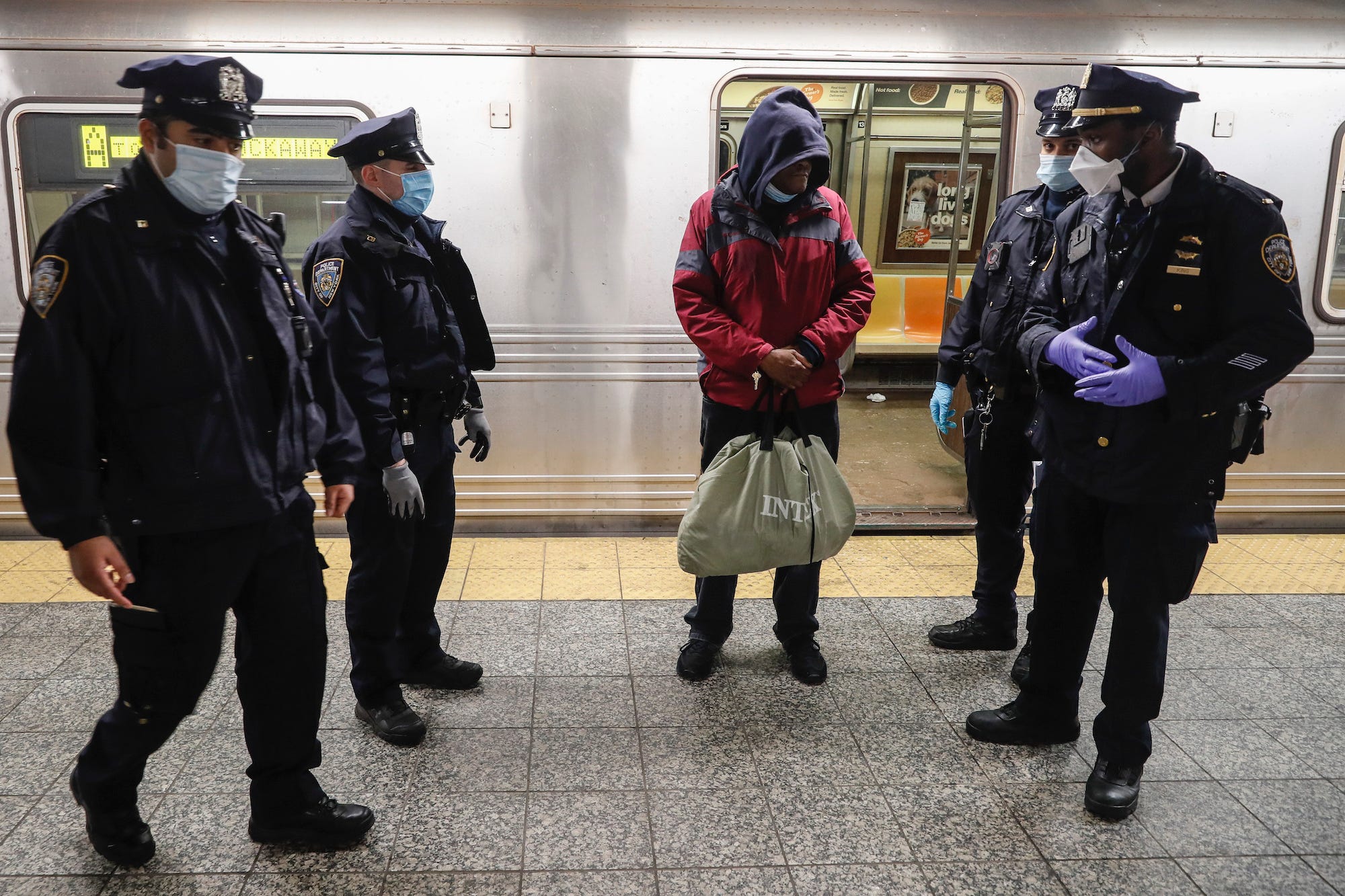 AP Photo/John MinchilloNYPD and MTA officers wake up sleeping passengers and direct them to the exits at the 207th Street A-train station.

New York Gov. Andrew Cuomo is directing the Metropolitan Transportation Authority, the agency in charge of the city’s public transit, to shut down all trains in New York City each night so they can be cleaned and disinfected.

The trains won’t run between 1 a.m. and 5 a.m., traditionally the hours with the least ridership, in order to disinfect surfaces which may be carrying and spreading the virus.

Essential workers will be provided free transit with buses, ride-sharing services, and ‘dollar’ vans during the closures.

“We’re going to find a way to make our subway system cleaner that it has ever been in its history, probably,” de Blasio said, adding that cleaning the subways will take coordination among multiple city and state agencies.

Commuter trains on the Metro-North and Long Island Railroad will also be disinfected each night.

The shutdowns will start on Wednesday, May 6.

The closures mark the first time the subway has been shut down overnight in the city since Superstorm Sandy flooded many of the city’s tunnels in 2012.

It’s not yet clear how essential workers will be identified to obtain free transportation.

Here are the other key takeaways from Cuomo’s Thursday coronavirus update: