Mayor Francis Suarez is convinced thousands in Miami have the coronavirus, thinks the governor should lock down Florida, and says its impact 'can become apocalyptic' 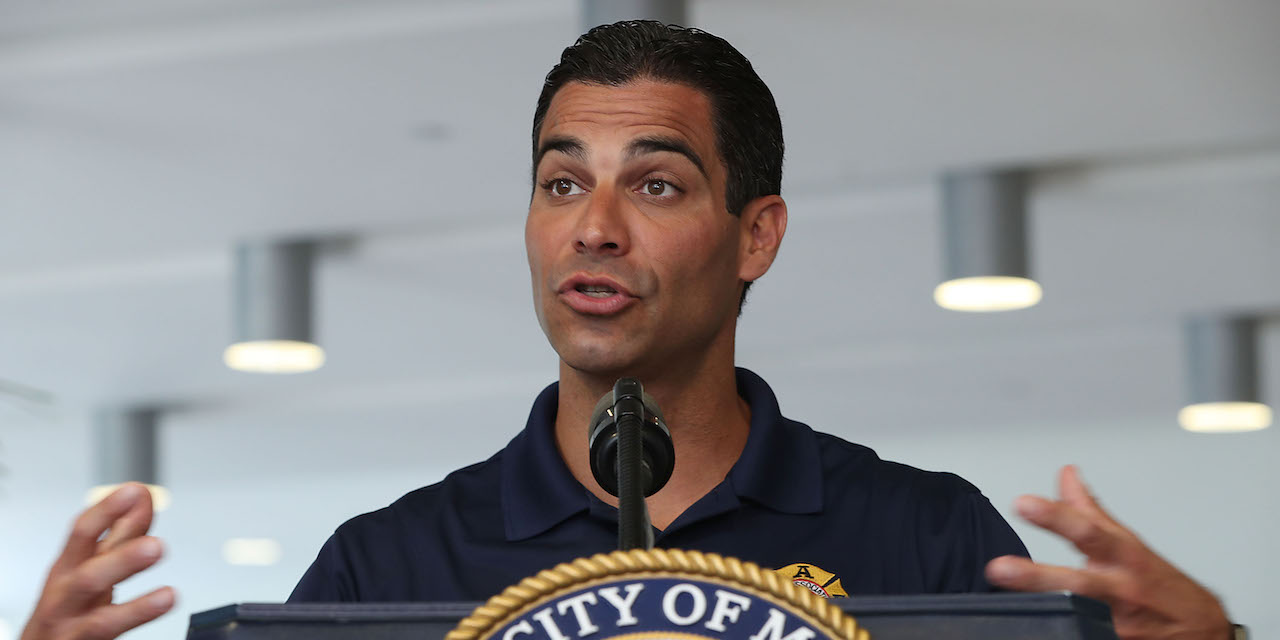 Mayor Francis Suarez of Miami, who was the first person in Miami-Dade County to test positive for the novel coronavirus, told Insider on Thursday that Gov. Ron DeSantis, a fellow Republican, should implement a statewide lockdown in Florida as the pandemic spreads across the US.

Suarez, 42, said it’s “hard to second-guess” DeSantis’ reluctance to follow other states in instituting a shelter-in-place order given that about a third of the state’s counties don’t have any confirmed COVID-19 cases, “but I personally would.”

The mayor shut all nonessential businesses in Miami, the hardest-hit city in the state, last week and issued a stay-at-home order and a curfew earlier this week.

“Every decision that I’ve made that has been thought to be premature or overly aggressive, in a week or two weeks or three weeks has looked prophetic,” Suarez told Insider by phone from his Miami home, where he’s quarantining himself.

As of Thursday evening, Florida had confirmed 2,484 infections and 29 deaths, but tests for the coronavirus remain relatively hard to come by, despite the state’s large, vulnerable population of elderly residents.

Suarez said his experience as a mostly asymptomatic COVID-19 patient had made him fearful that the virus was far more widespread than the most recent data indicated.

While New York is the country’s biggest hot spot, experts believe it’s a matter of time before other densely populated regions of the country see their own surges in infections.

“Where New York is today may be where Miami is tomorrow,” Suarez said.

The mayor, who has been in quarantine for two weeks, said he barely had any symptoms of COVID-19, aside from a few body aches and some congestion, and never developed the sore throat, fever, or cough characteristic of the illness. If he hadn’t been tested after coming in contact with an infected top adviser to the Brazilian president, he said, he “wouldn’t have even missed a day of work.”

‘It can become apocalyptic’

After footage of spring breakers crowding the state’s beaches made its way around the internet, he was forced early last week to ban gatherings of more than 10 people, close bars and nightclubs for 30 days, and shift restaurants to 50% capacity, though he didn’t close the state’s beaches.

The state now has a patchwork of regulations that vary by region, and shutdowns are in place in the hardest-hit counties, including Miami-Dade, Orange, and Broward.

To contain the pandemic’s social and economic impact, Suarez is pushing DeSantis to suspend rent and mortgage payments to keep people in their homes. The city has already approved increased spending on food assistance, which Suarez thinks will be essential as thousands lose their jobs.

And he worries that if the city doesn’t make sure residents have food, can stay in their homes, and keep utilities operating, “it can become apocalyptic.”

“I’m not trying to be an alarmist – I’m just telling you that as an elected official who has experienced a hurricane, like Hurricane Irma, where day nine with no power, the kind of calls I was getting were apocalyptic,” he said. “I’ve been there, I’ve lived it.”

He argued that Floridians needed “more comprehensive” help than the $US2 trillion federal stimulus package moving its way through Congress could offer.

Mayor Eric Garcetti of Los Angeles told Insider on Wednesday that his city was six to 12 days away from reaching New York City’s status, namely a massive surge in infections that would threaten to overwhelm the healthcare system. And Garcetti predicted the crisis would continue in Los Angeles for “at least two months” if not longer. Associated PressGov. Ron DeSantis of Florida at a mobile testing site on Monday in The Villages, Florida.

Suarez said he’d been in close contact with Garcetti and a host of other big-city mayors across the US to trade insights and discuss approaches.

But Suarez argued that he couldn’t predict how badly and for how long Miami or his state would be hit by the pandemic.

“I don’t think anybody has a crystal ball, and I don’t think anybody can predict whether this is something that takes days, weeks, or months,” he said. “What we have the ability to do is implement all of the policies and procedures that will make it the minimum amount of time possible.”

During his two weeks in quarantine, Suarez has posted regular video messages from his home, describing his experience with the illness and updating his constituents on the city’s efforts to control the pandemic. And he’s managed to maintain a relatively positive attitude.

“It’s like going back to college,” he said. “I’ve been in isolation, washing my own sheets and preparing my own food, and washing dishes.”

He added that well-wishers had dropped off food outside his door and, because he’s vegan, vegan restaurants had sent him meals.

But he said the separation from his wife and two young children, who are staying with relatives for the time being, had been challenging.