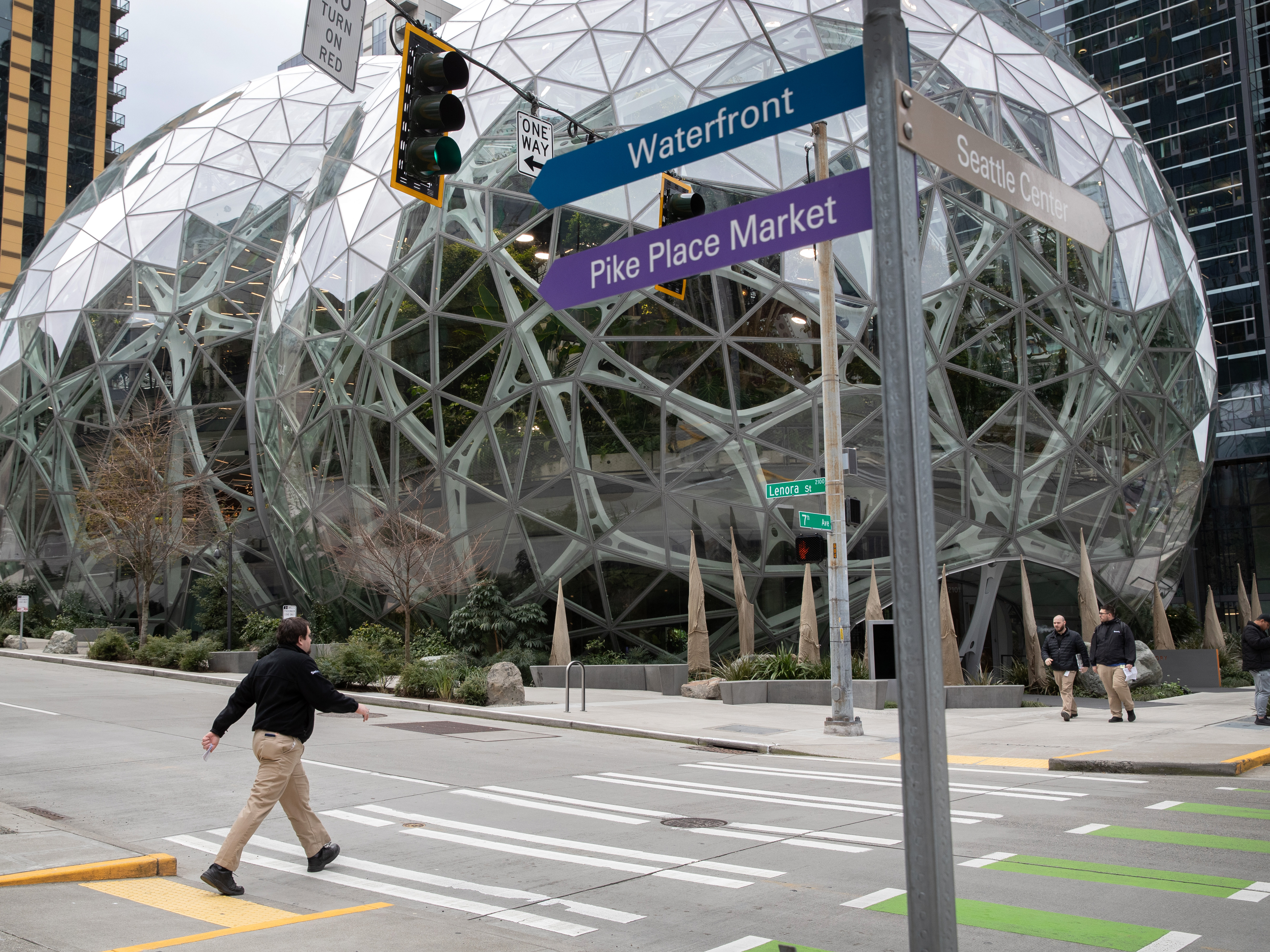 The worldwide death toll of the novel coronavirus disease, COVID-19, that originated in Wuhan, China, is now more than 4,300, and the virus has infected more than 121,000 people.

On Wednesday, the World Health Organisation (WHO) officially declared it a pandemic. The virus has disrupted travel worldwide, leading to flight cancellations, quarantines, and other breakdowns in movement. The US has reported at least 1,080 cases, many of them in Washington and California, which are also home to major tech companies including Google, Amazon, and Apple. Since the virus started spreading in the US, these companies have implemented work-from-home measures and banned nonessential travel.

Amazon, Twitter, Apple, Airbnb, and Microsoft are some of the companies asking employees to work remotely as the virus spreads. Santa Clara County, home to Apple, Google, and Intel, banned all large gatherings. Traffic around Silicon Valley and Seattle is notoriously packed, so commuters took notice when it lightened considerably as more companies implemented work from home policies. One analysis found minor overall changes in traffic patterns in the Bay Area, but major shifts in Seattle, which saw as high as 30% decreases in rush hour traffic last week over a typical week.

One Washington resident posted about how empty Seattle’s streets near Amazon’s headquarters look compared to an average day.

Seattle last Thursday. I work by Amazon Offices in SLU, normally traffic cops and lots of cars and people. My commute now is down a flight of stairs. pic.twitter.com/TtdD0uv5Eg 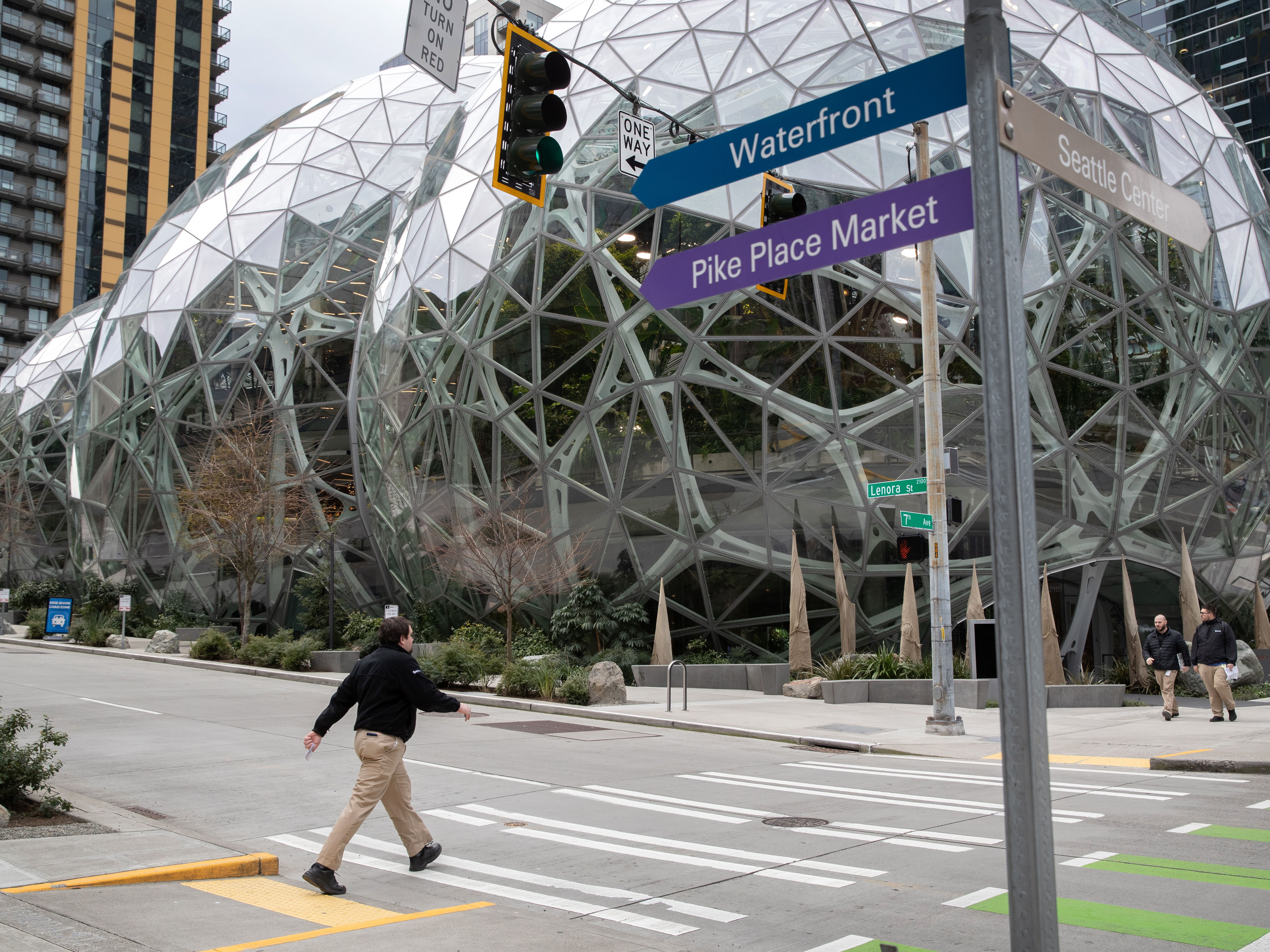 The same day that Amazon told Seattle employees not to come to work, it announced that an employee in the area tested positive for COVID-19. Associated PressIn this March 6, 2020 photo, bus, bike, pedestrian and car traffic is light on Pike St. in downtown Seattle at 5:20 pm during the Friday evening commute. Many of the region’s big employers, including Microsoft and Amazon, have started asking workers to stay home and work remotely, and while the closures may help prevent the spread of the COVID-19 coronavirus, it also throws restaurants, shops and hotels into uncertainty. (AP Photo/Ted S. Warren)

Washington state has had the most deaths in the US so far. On February 29, Washington declared a state of emergency. Now, gatherings of more than 250 people are banned. San Francisco’s BART was nearly empty during rush hour, according to one user.

Another posted an image from Google Maps showing traffic across Silicon Valley and the Bay Area. Green areas are for well moving traffic, while red means congestion.

Surest sign yet that shit's getting real. This is rush-hour traffic today in the Bay Area. pic.twitter.com/Pp1siuN3LQ

Another called it the “Covid19 commute,” after COVID-19, the disease caused by the novel coronavirus.

Aside from the Bay Bridge typical slowing… I don’t recall seeing this much green at 7 o’clock on a weekday. Is this Covid19 commute? pic.twitter.com/V6GC8e6MSn

Commuters on Twitter said that traffic is typically bumper-to-bumper throughout the region, like in this image of the San Francisco-Oakland Bay Bridge from 2015. Since COVID-19 has spread, a person in Palo Alto noted how much traffic had decreased as Facebook mandated work from home.

This this is my bay area commute today. This road in East Palo Alto is typically bumper to bumper with Facebooker traffic. #COVID19 #coronavirus #Sfbayareatraffic pic.twitter.com/yMQYN3cujr