I thought a coronavirus lockdown would derail my mental health. Instead it's taken away my FOMO. Brendan McDermid/ReutersAn apartment in Brooklyn thanks frontline workers for their service during the coronavirus pandemic.

I should be freaking out right now.

Not only because I live in the epicentre of an unprecedented global health crisis, but because, as inconsequential as it is, I can’t work in my office, swim in my community pool, or mingle with people – ah, people – at a restaurant or bar.

I’m an active extrovert of the variety who runs to work daily and actually enjoys networking events afterwards. Pre-coronavirus me grew antsy, to say it nicely, if she remained in her one-bedroom Brooklyn apartment for a weekend morning, let alone months on end.

So when public-health experts forecasted that my nightmare was sure to become reality, I braced for a psychological tailspin.

Compared to what others were facing – job loss, eviction, and life-threatening illness – my dilemma was minuscule, of course. Still, I was genuinely concerned about my well-being, both because of the mental weight of living through and reporting on the crisis, and the absence of outlets that have historically helped me cope.

I tearfully texted friends in the neighbourhood about going on physically distanced walks, blubbered to my then-out-of-town fiancé that he was about to endure “for worse,” and panic-bought a set of dumbbells – yet to arrive – for $US60.

Then, the waved crashed: My workplace shuttered, followed by the gym, restaurants, bars, and cafes. But to my surprise, when I came up for air, I was fine. Sometimes, I think I’m actually calm. 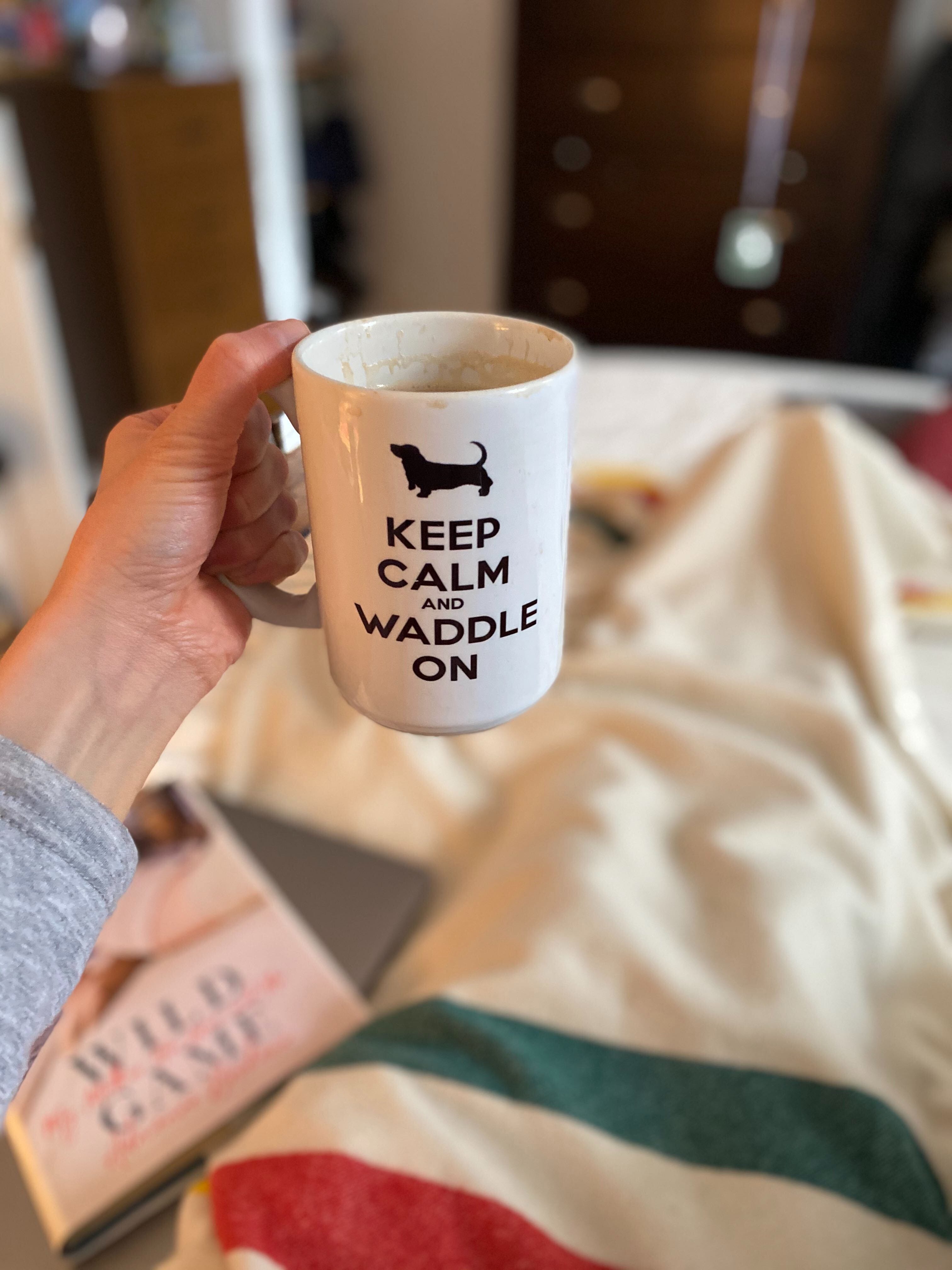 Anna Medaris MillerMy bed, which sometimes doubles as a desk.

My pre-coronavirus life was full of thousands of inconsequential questions: What to wear? When to work out? This event or that? Subway or cab? Today or tomorrow? Dusty rose or blush bouquets?

Playing whack-a-mole with these dilemmas can be exhausting. Some psychologists call it decision fatigue.

“Making decisions uses the very same willpower that you use to say no to doughnuts, drugs, or illicit sex,” said Roy F. Baumeister, a psychologist who studies decision fatigue and the co-author of “Willpower: Rediscovering the Greatest Human Strength.”

Now, there are few decisions to make and even those that exist are dwarfed by one daunting concern: Will we be OK?

Since I have little control over that question – besides staying inside, virtually checking in on loved ones, and working to make sure readers get the best information to keep them safe – some of the weight is, paradoxically, lifted. The decision-making has largely been taken out of my hands.

“In your normal day-to-day life, stress is coming from many things and you’re task-switching and being pulled in a thousand directions, whereas now you’re being pulled very hard in one direction,” Brian St. Pierre, a dietitian who’s written extensively about the effect of both good and bad stress on the body, told me.

Because the brain isn’t good at multi-tasking, St. Pierre said, it may prefer that sort of streamlined anxiety and allow me to remain relatively calm.

The nagging pull of FOMO is no longer there

Pre-coronavirus, if I said yes to one activity, by default I said no to a million others. That’s life in New York City, and it’s both the best and worst thing about it.

But today, saying yes to staying in is saying no to approximately two other options: going to the grocery store or getting some exercise. As a result, FOMO is largely eliminated, and it’s lightened a load a didn’t know I was carrying.

“The consequence is insecurity and indecisiveness – and that can really ruin your life,” psychologist Linda Sapadin told me back in 2015 soon after the term emerged. Research has also linked it to a worse mood and poorer life satisfaction.

“It becomes an anxiety disorder and it throws you off balance and there’s no way of just relaxing and appreciating what you do have,” Sapadin said.

While I don’t think my FOMO was of the life-ruining variety, living in FOMO-less world has shown me that what I do have is glaring and golden: A body that carries me on walks and runs, a job that gives me a purpose and paycheck, an apartment that shelters and showers me, and – truly the “for better” to my “for worse” – a partner, now home, who loves (and cooks for) me.

Feeling gratitude for these gifts is a key coping mechanism when it comes to managing coronavirus-related anxiety, psychologist Julie Pike told me. “Widening our perspective and recognising that while things are challenging and uncertain,” she said, “there are also good things in our daily lives” can make a big difference in our mental health.

I’m physically isolated from almost everyone, but more socially connected than ever 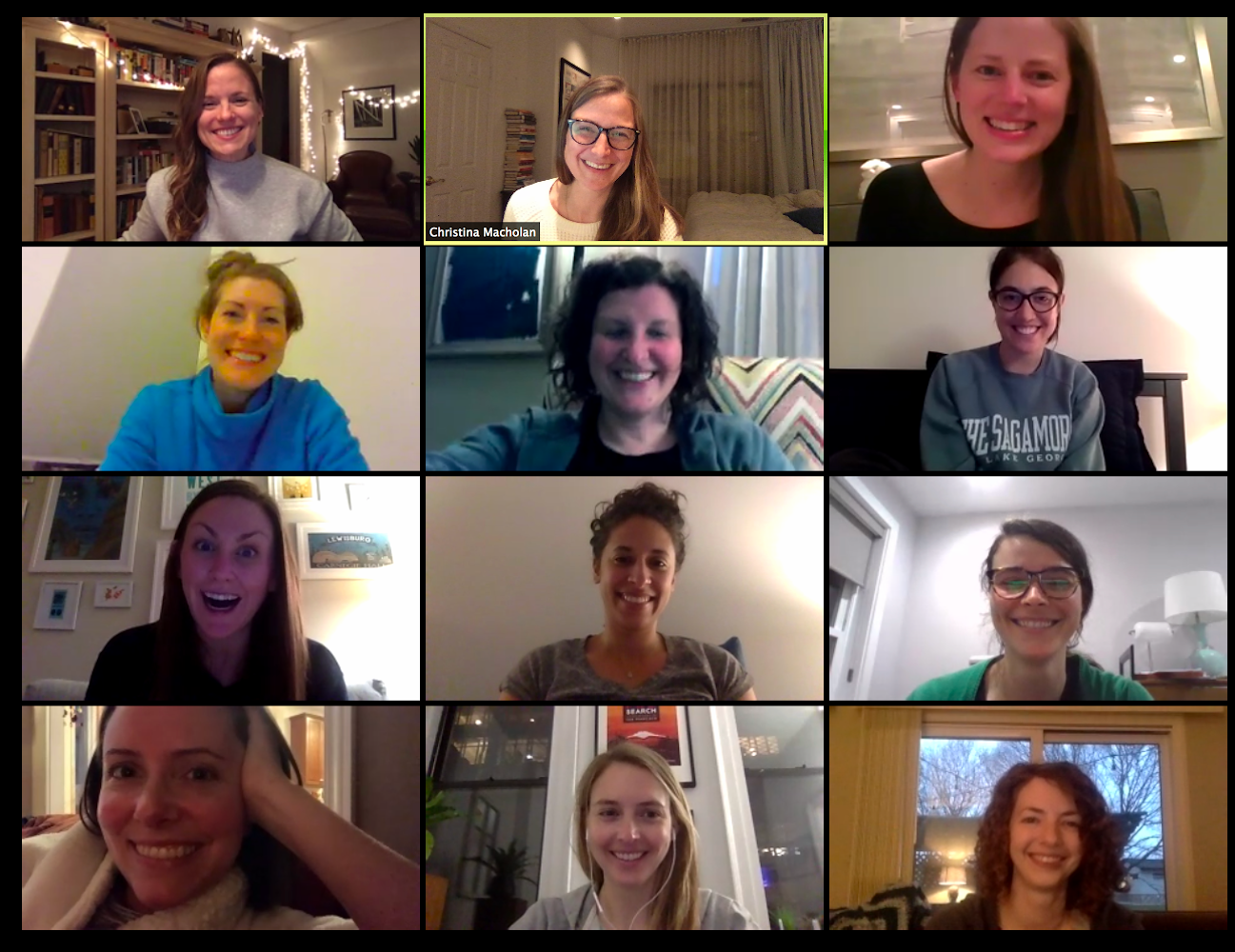 Christina MacholanOne virtual chat with alumnae of my college a cappella group.

Another silver lining to everyone staying in is, well, everyone’s staying in.

“We’re all undergoing social isolation right now, but we’re not alone in this,” Terrie Moffitt, a psychology professor at Duke University said during a mental-health webcast April 8. “And that makes all the difference.”

On a community level, it’s the difference between feeling alone in a busy city and connected in an empty one. All I have to do is open my window and cheer, along with other New Yorkers, for healthcare workers at 7 pm each night to remember I’m a part of something bigger.

On a personal level, it’s the difference between rarely being able to nail down plans with friends who live a block away and instantly being able to organise virtual hangouts with those I haven’t seen in years. We’re all home, and we’re all available today, tomorrow, and next week.

Moffitt said these experiences are an expected, though underreported, antidote to also-valid projections that a mental-illness pandemic may succeed the current one.

They also demonstrate the important difference between loneliness, a state of mind that’s linked to health ills, and social isolation, a state of being which doesn’t have to be. (That’s why health professionals prefer the term “physical distancing” to “social distancing” when it comes to mitigating the spread of COVID-19.)

“Lonely can be a state of mind, and some people carry it with them to new situations,” said Moffitt, whose team’s research has found that people who said they felt lonely in high school felt the same way in college and after graduation.

“The reverse is also true: Many people who experienced social isolation don’t ever feel lonely.” 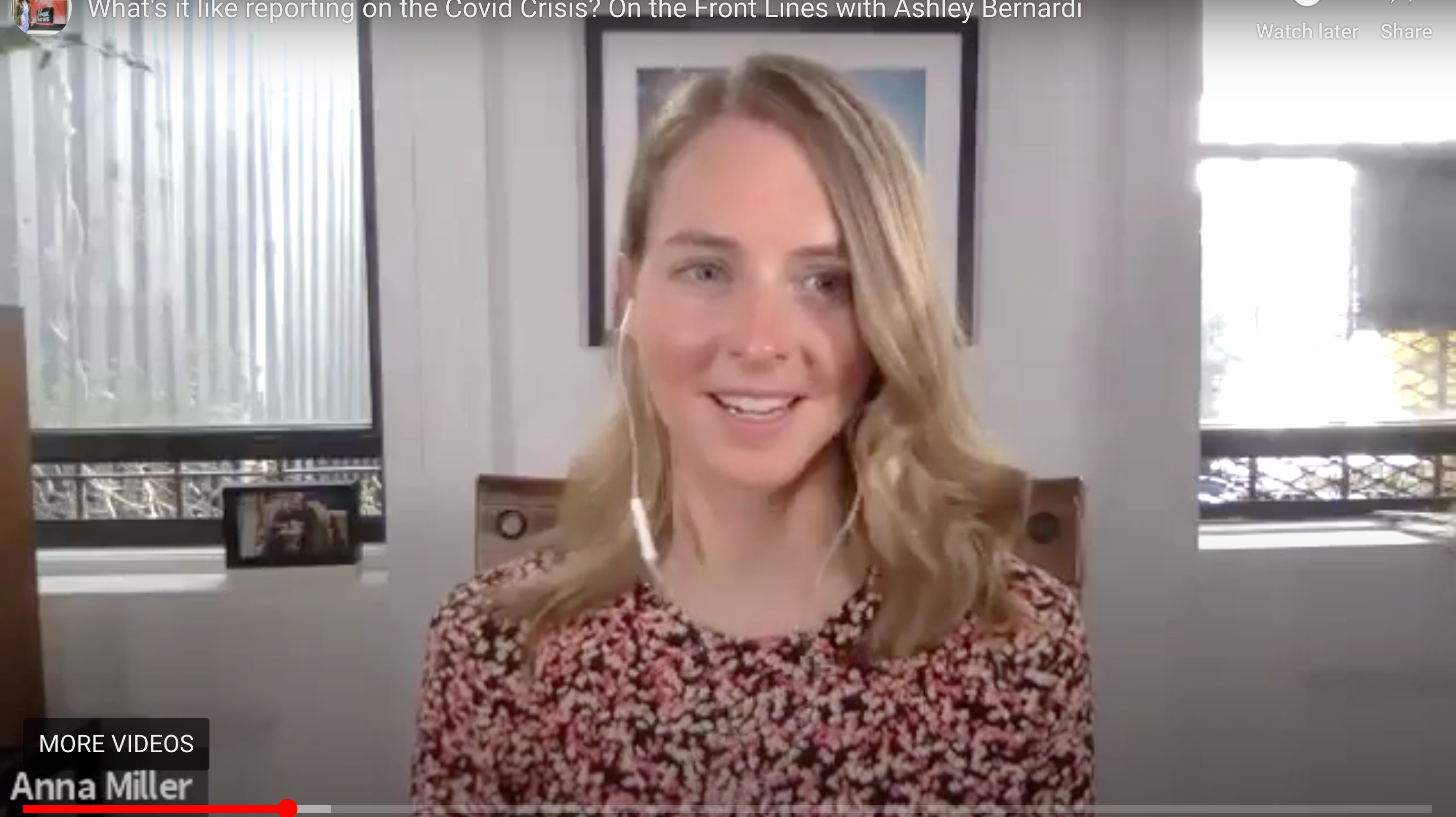 Anna Medaris Miller / YouTubeOnce, I put on makeup and a dress and did a Zoom interview.

When society begins to re-open, maybe I’ll dabble in JOMO

I know I’m privileged, and that even others who are lucky enough to be able to stay home like me aren’t faring nearly as well. They have kids to homeschool, sick relatives to care for. Maybe they’re living alone or living with people who make them wish they were.

Even people who have relatively ideal situations are understandably grieving the loss of routine, purpose, and planned celebrations. I could still become one of them.

But for now, I’m finding the joy in activities that a world with decision fatigue and FOMO fosters: whipping cream literally out of thin air, escaping in memoirs that I never had the attention for before, and spending afternoons watching dogs parade by our front stoop.

When society reopens, those pleasures will remain, and maybe I’ll say yes to them and relish saying no to the million others. Maybe I’ll even understand this thing introverts call JOMO, the joy of missing out.