An asymptomatic coronavirus carrier infected an apartment neighbour without sharing the same space. A study blames the building's elevator buttons. 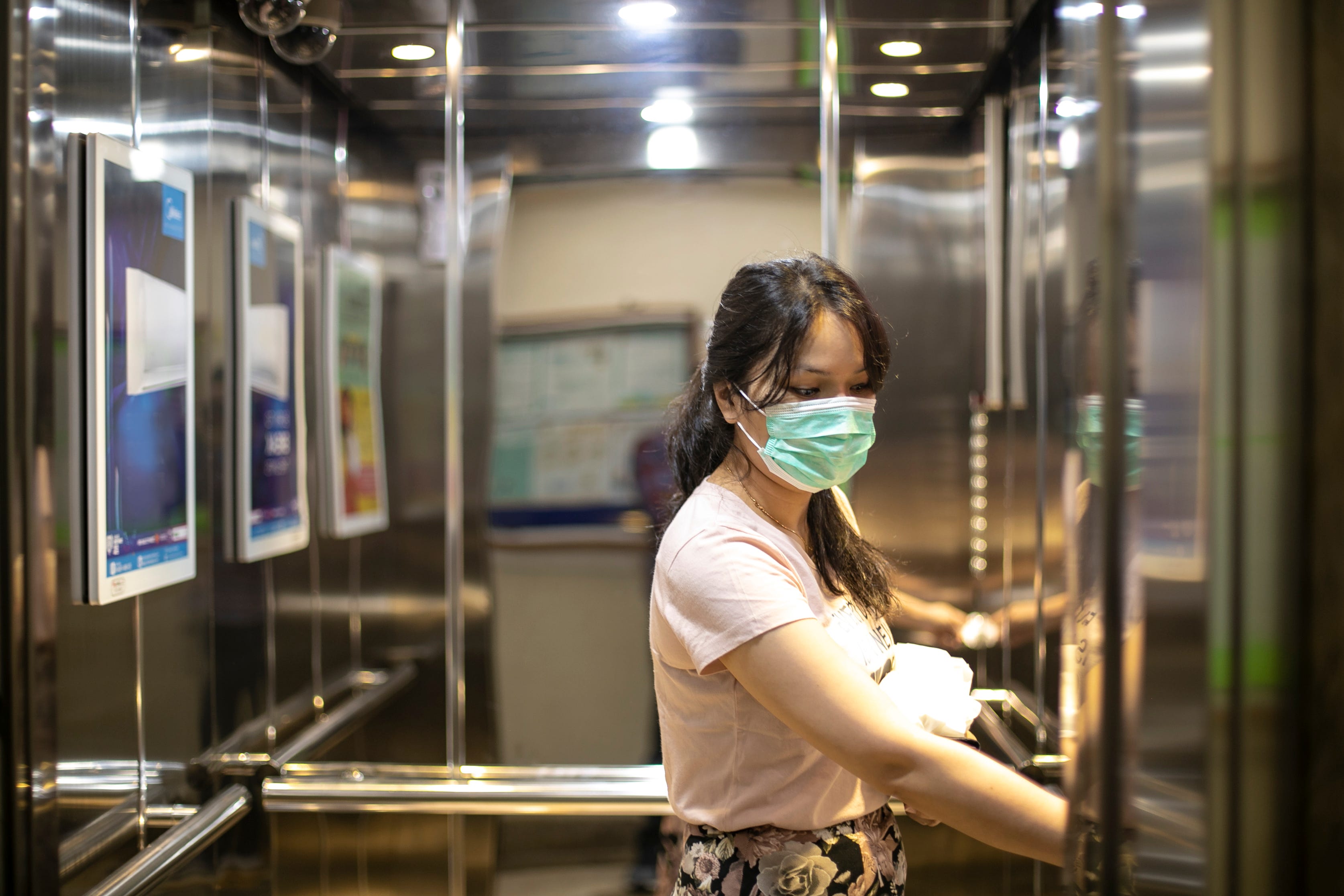 New research reveals that an elevator can be a coronavirus transmission hotspot, even if an infected person doesn’t have symptoms and doesn’t ride with anyone else.

A woman travelled from the US back to her home in China’s Heilongjiang province on March 19. Although she did not have any symptoms, she quarantined in her apartment following her arrival, avoiding any close contact with other apartment-building residents. An antibody test would later reveal she was an asymptomatic coronavirus carrier.

The two apartment-building neighbours had not crossed paths. But they had used the same elevator at different times.

According to a new CDC study, the downstairs neighbour “likely became infected by using the elevator in the building” after the asymptomatic carrier had ridden it, the study authors wrote. They think transmission likely occurred when the neighbour touched surfaces and buttons in the elevator.

No other residents in the building tested positive, but contact tracing later revealed the neighbour was patient zero of a 71-person cluster in the local community.

Elevators could be coronavirus-transmission hotspots 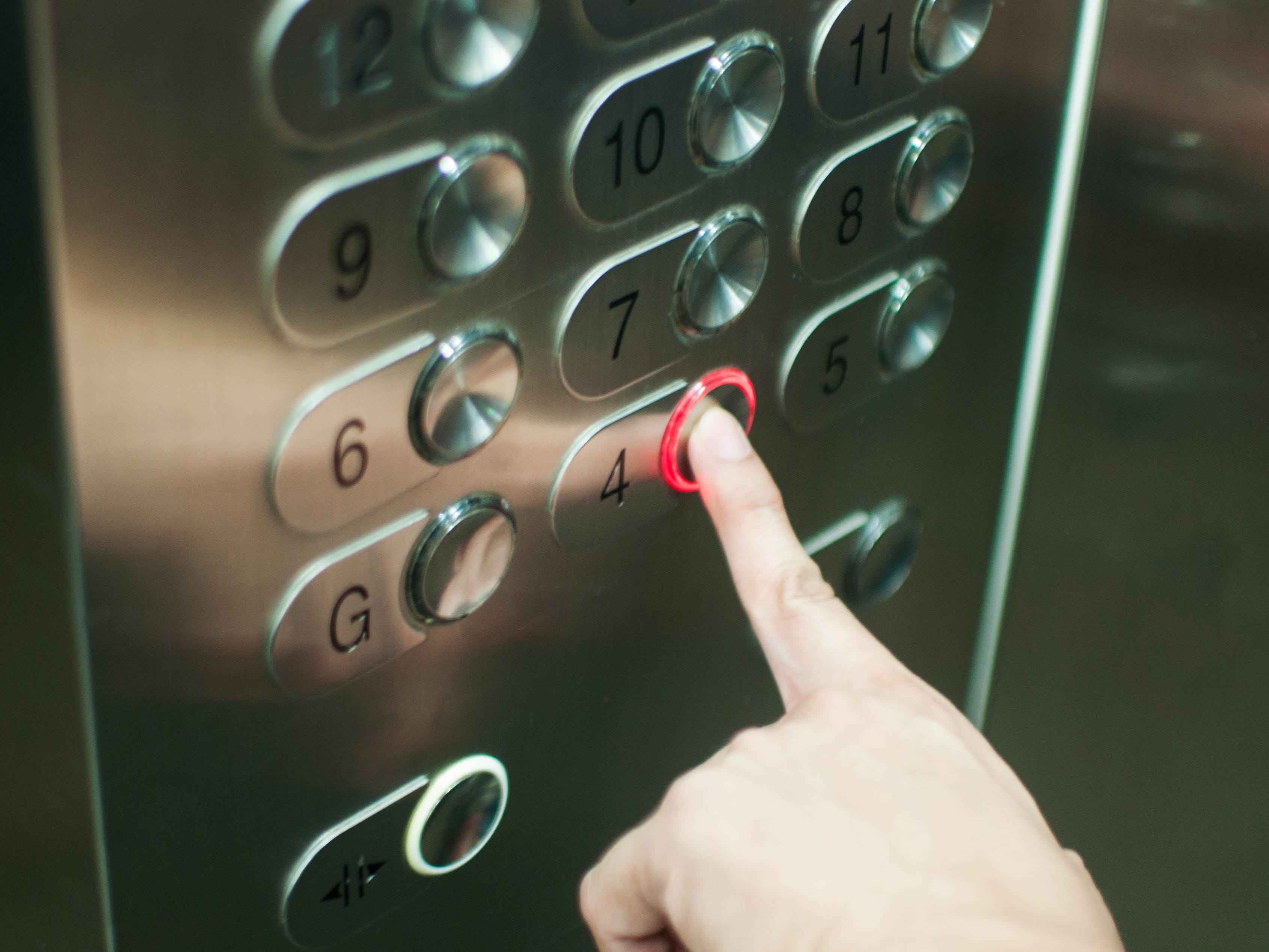 The primary concern when it comes to coronavirus and elevators is that nearly all lifts are small, enclosed indoor spaces. Those are the ideal conditions for the coronavirus’ spread, since it’s expelled in droplets when an infected person coughs, sneezes, or speaks.

Elevators also tend to lack strong airflow, which mean people who have COVID-19 (no matter whether they’re presymptomatic, asymptomatic, or feeling ill) could leave some virus behind.

Although it’s not common, a person can get the coronavirus if they touch a surface or object that has viral particles on it and then touch their mouth, nose, or eyes.

The virus’ lifespan on different surfaces depends on the surrounding temperature, humidity, type of surface, and other factors. But two studies found that it lasts longest – up to seven days – on stainless steel and plastic, which are commonly found in elevators. That means elevator buttons and doors could harbour viral particles for days.

Indeed, a May study found the coronavirus’ genetic material on elevator buttons in a hospital in Wuhan, China. 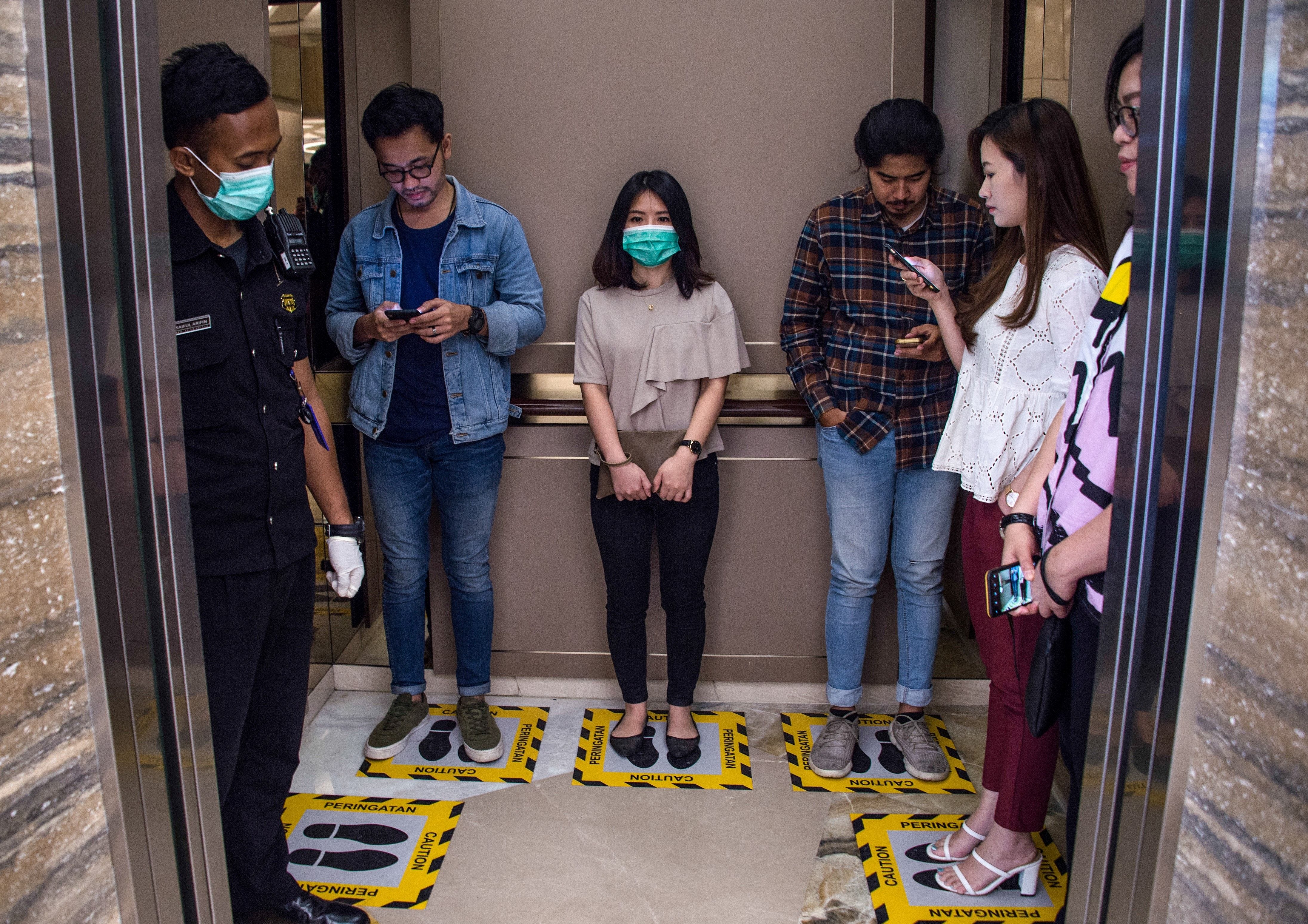 Juni Kriswanto/GettyPeople stand in designated areas to ensure social distancing inside an elevator at a shopping mall in Surabaya, Indonesia on March 19, 2020,

CDC guidelines stipulate that commonly touched surfaces, including those in public elevators, should be frequently cleaned and disinfected.

Even so, it’s important to “punch the buttons with something other than your fingers,” Linsey Marr, an aerosol scientist at Virginia Tech, previously told Business Insider.

The downstairs neighbour’s infection jump-started a chain reaction in the local community.

A week after the asymptomatic traveller returned home, the neighbour hosted her mother and her mother’s boyfriend for an overnight stay. Three days later (on March 29), the mother and boyfriend attended a party, interacting with another gentleman. By April 10, all six people had tested positive.

The man from the party had a stroke before testing positive for COVID-19. He went to the hospital on April 2, where his sons cared for him. The sons later tested positive, too. The three of them interacted with hospital staff and other patients, unknowingly passing the virus on to them as well: A total of 28 people were infected. Then the man moved to a second hospital, catalyzing another series of infections.

By mid-April, 70 people were infected who could be traced back to the neighbour’s case. 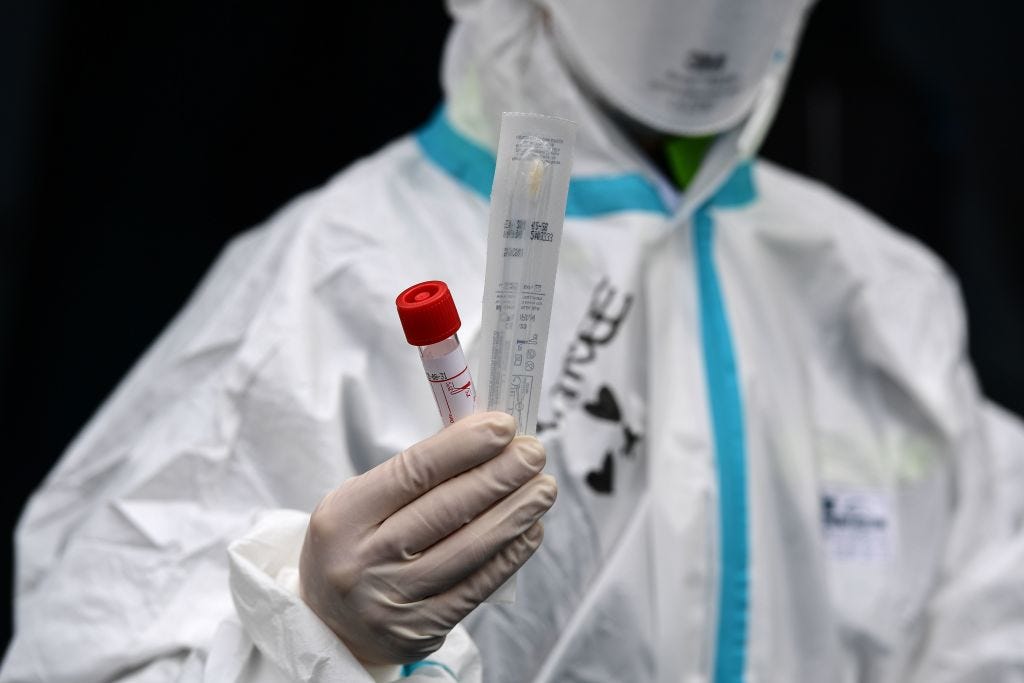 Scientists from the Chinese Centre for Disease Control and Prevention sequenced the genome of virus samples from across the 71-person cluster. They determined that the samples were nearly identical, and that the virus genome differed from any other samples previously found circulating in China. That indicated the virus originated abroad.

That’s how they figured out that the asymptomatic traveller was likely “the origin of infection for this cluster.”

“Our results illustrate how a single asymptomatic SARS-CoV-2 infection could result in widespread community transmission,” the study authors concluded.