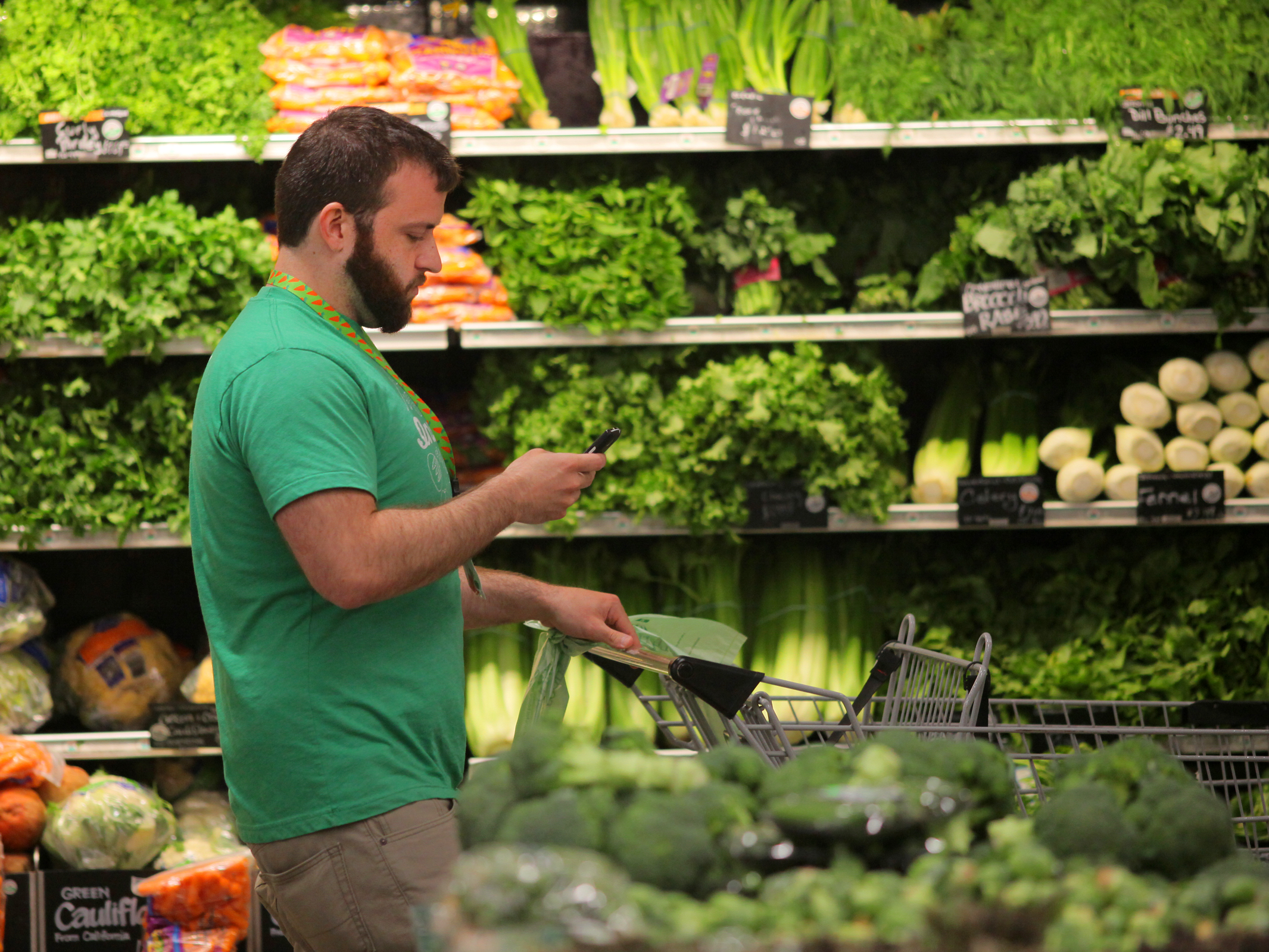 Instacart workers are planning to strike on Monday until the grocery delivery company meets their demands for provisions like hazard pay and safety equipment.

The workers are asking Instacart for an additional $US5 per order and a default tip of at least 10% per order, they said in a statement, along with the Gig Workers Collective.

“For the past several weeks, Instacart Shoppers and Gig Workers Collective have been urging Instacart to take proper safety precautions,” the statement said. “We have been ignored.”

The group is also asking Instacart for safety provisions like hand sanitizer, disinfectant wipes, and soap, as well as expanded paid leave for people with preexisting conditions or those who are required to self-quarantine. They’re seeking an extension of the paid leave past April 8, when they said it is set to expire.

“Instacart has turned this pandemic into a PR campaign, portraying itself the hero of families that are sheltered-in-place, isolated, or quarantined,” the group said. “Instacart has still not provided essential protections to Shoppers on the front lines that could prevent them from becoming carriers, falling ill themselves, or worse.”

Instacart told Business Insider in a statement that it would extend paid leave to May 8 and would include people put in mandatory quarantine by public health authorities in the leave policy. Impacted Shoppers will receive up to 14 days of paid time off.

The company also said it would offer a $US25 to $US200 bonus for workers dependent on the hours worked between March 15 and April 15. Shoppers can also expect broader access to hand sanitizer and other supplies in the coming weeks.

“Our goal is to offer a safe and flexible earnings opportunity to Shoppers, while also proactively taking the appropriate precautionary measures to operate safely,” Instacart told Business Insider. “We want to underscore that we absolutely respect the rights of Shoppers to provide us feedback and voice their concerns. It’s a valuable way for us to continuously make improvements to the Shopper experience and we’re committed to supporting this important community during this critical time.”

The strike comes as Instacart seeks to hire 300,000 additional workers to deliver groceries to people during the coronavirus epidemic.

“The last few weeks have been the busiest in Instacart’s history,” Instacart CEO Apoorva Mehta said in a blog post on Monday announcing the hirings.

While Shoppers may get individualized pay increases, depending on factors like region or customer demand, it’s unclear if Instacart will meet the strike’s specific demand of hazard pay. That would likely differ from Shoppers receiving a bonus based on the number of batches they complete on a given shift.

Vanessa Bain, one of the strike’s leaders, told Business Insider that Shoppers have been organising for 4 years. In that time, Instacart has “never so much as met with us once,” Bain said.

Bain told Vice’s Motherboard, which first reported the strike, that while Instacart’s corporate employees have “health insurance, life insurance, and paid time off… [gig workers] are afforded none of these protections.”

“Without [us], Instacart will grind to a halt,” she said. “We deserve and demand better.”