Satellite images and internet trends suggest the coronavirus may have emerged months before China reported it: 'Something was happening in October' 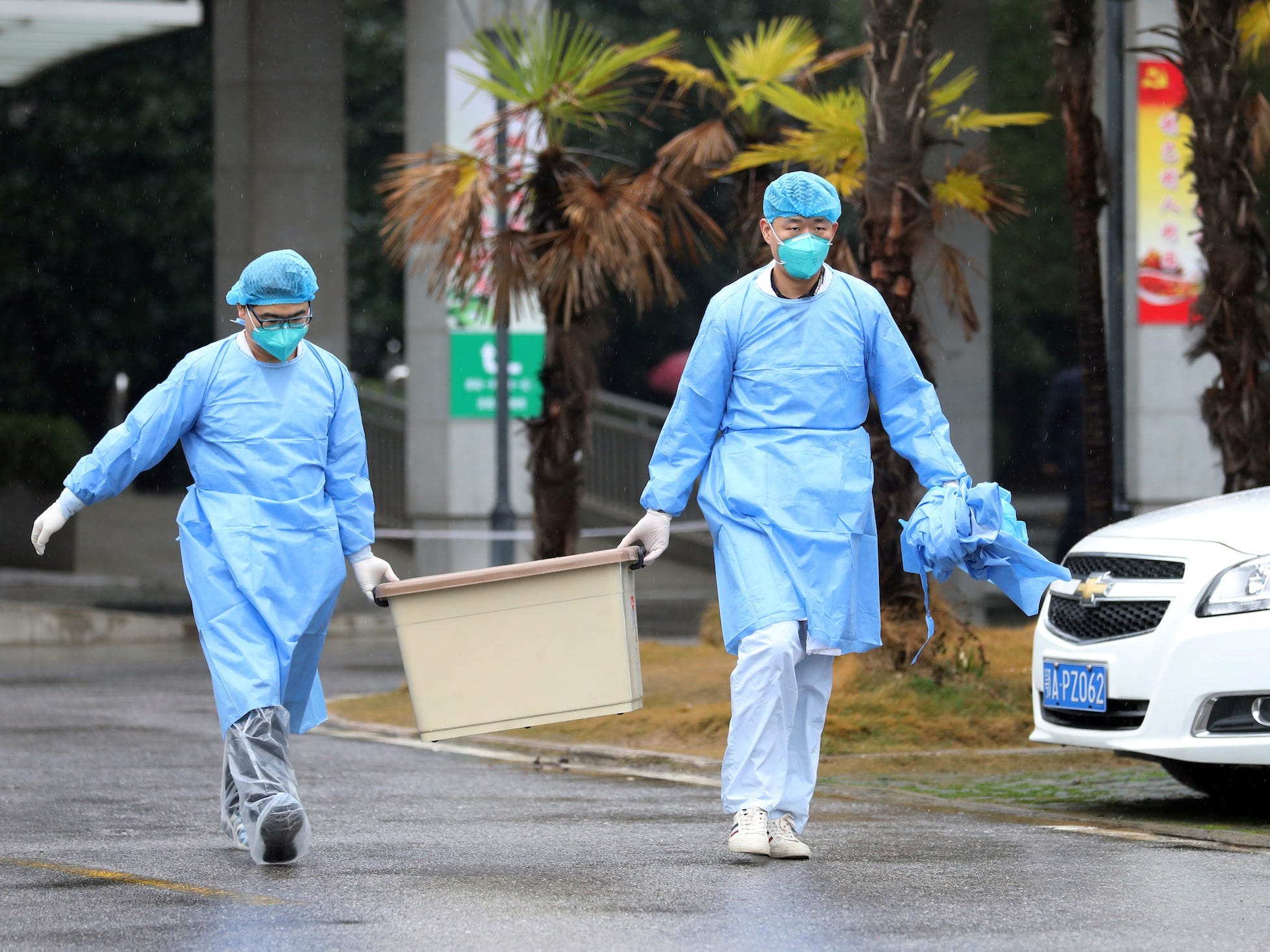 Most of the world didn’t know about China’s mysterious new coronavirus outbreak until January, but people at its epicentre started to behave like there was a new respiratory virus long before that, new research shows.

As early as August 2019, residents of Wuhan, China, were flocking to the city’s major hospitals and searching the internet for information about coronavirus-like symptoms, according to a study published Monday in Harvard University’s online repository.

Examining 111 satellite images of the parking lots of six major hospitals in Wuhan, the researchers found a significant uptick in traffic starting September and October 2019.

At the same time, the Chinese search engine Baidu saw a spike in searches for “cough” and “diarrhoea” in the Wuhan region. Though coughs are typical of many viruses that circulate in the fall, the diarrhoea that afflicts some COVID-19 patients is unique among respiratory illnesses.

“Something was happening in October,” Dr. John Brownstein, an epidemiologist at Harvard Medical School who led the research, told ABC News. “Clearly, there was some level of social disruption taking place well before what was previously identified as the start of the novel coronavirus pandemic.”

The researchers have submitted the study to the journal Nature Digital Medicine, where it is currently under peer review, according to ABC. 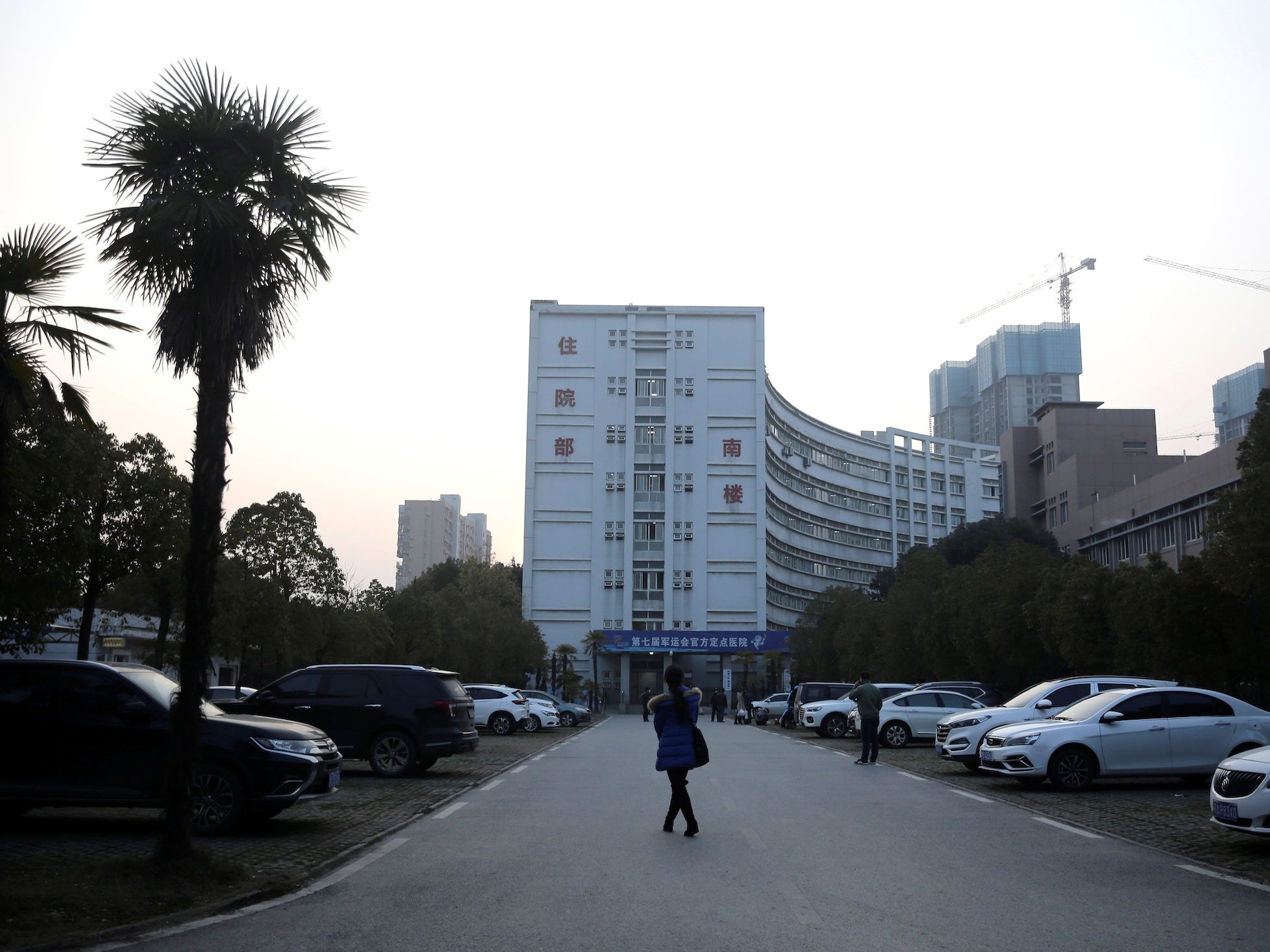 Experts and officials have long believed that the coronavirus pandemic began with a handful of infections in Wuhan in December. However, more and more evidence suggests the virus may have emerged earlier than that and spread across the globe far more quickly than anyone realised.

China’s government has traced the first COVID-19 case to November 17, according to the South China Morning Post. The new Harvard research suggests the virus may have been spreading through Wuhan long before that.

In August 2019, the Baidu search engine saw “a unique increase in searches for diarrhoea, which was neither seen in previous flu seasons or mirrored in the cough search data,” the researchers wrote. Months later, it would become clear that some coronavirus patients develop gastrointestinal symptoms like diarrhoea before they even get a fever.

In October and November, satellite imagery also revealed increased traffic in Wuhan hospital parking lots, according to the Harvard researchers.

“More cars in a hospital, the hospital’s busier, likely because something’s happening in the community, an infection is growing and people have to see a doctor,” Brownstein told ABC. “We saw this across multiple institutions.”

Some of the hospitals showed a 90% increase in traffic from the same time period in 2018, according to ABC, which reviewed the researchers’ data independently.

Tom Diamond, president of Remote Sensing Metrics, which analyses satellite data and worked with the researchers, told ABC that “at all the larger hospitals in Wuhan, we measured the highest traffic we’ve seen in over two years during the September through December 2019 time frame.”

“Our company is used to measuring tiny changes, like 2% to 3% growth in a Cabella’s or Wal-Mart parking lot. That was not the case here. Here, there is a very clear trend,” he added.

The science is still unclear 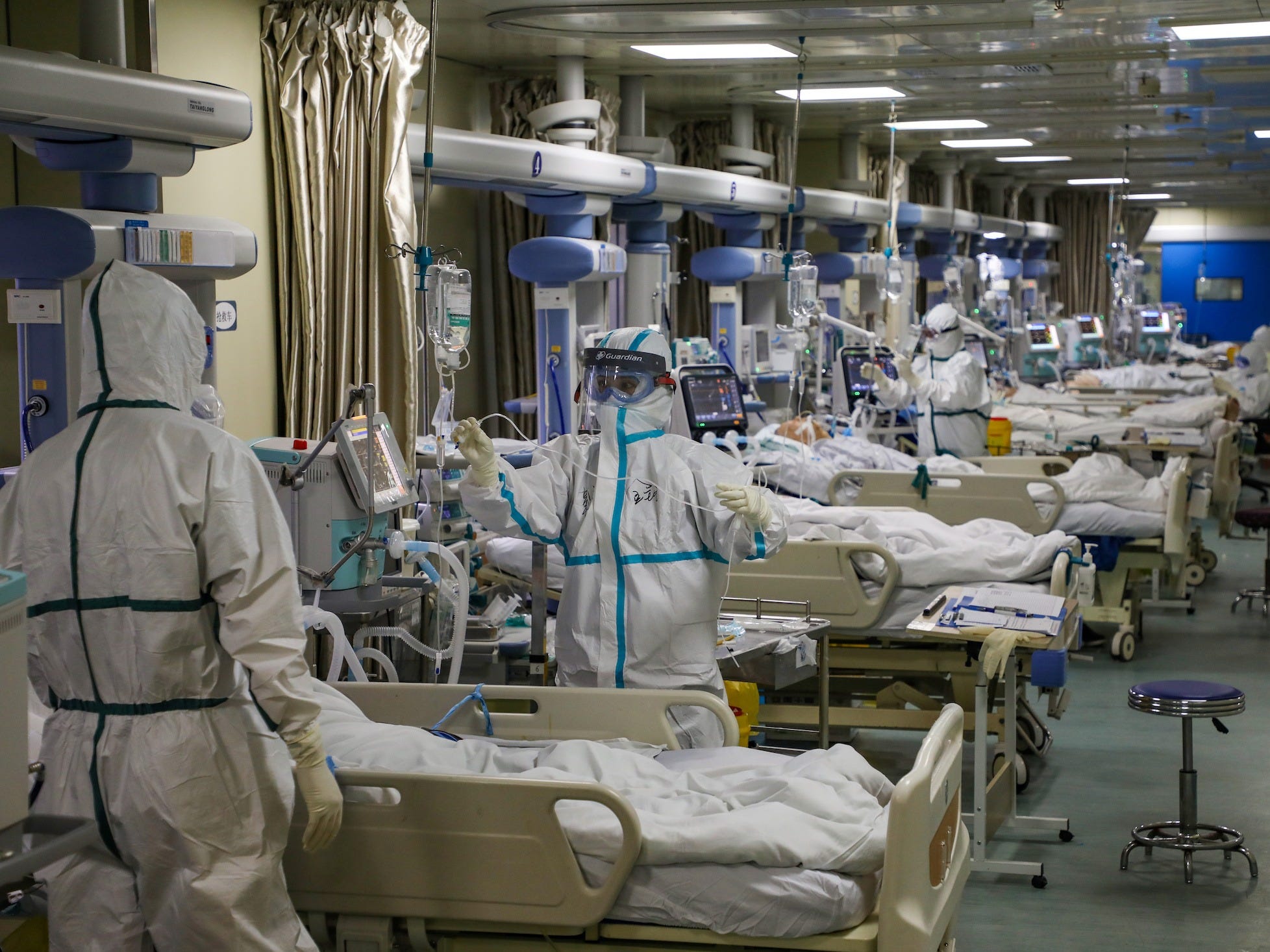 China Daily CDIC/ReutersMedical workers in protective suits attend to coronavirus patients at the intensive-care unit of a designated hospital in Wuhan, China, February 6, 2020.

Infectious-disease experts who weren’t affiliated with the study have cautioned that its results don’t necessarily mean that the coronavirus was spreading through Wuhan in the early fall. Correlation, after all, does not mean causation.

“I don’t know about the August start,” Dr. Amesh Adalja, an infectious-disease expert at the Johns Hopkins Centre for Health Security, told Reuters. However, he said, “it’s clear this had been spreading for some time before it was recognised and reported to the World Health Organisation in December.”

Using satellite and search engine data to track new disease outbreaks “is an interesting idea with some validity,” Paul Digard, chair of virology at the University of Edinburgh, told Reuters. But he said the research would be more convincing if it included similar satellite data from hospitals in other Chinese cities.

By focusing only on Wuhan, the outbreak’s known epicentre, “the study forces the correlation,” Digard said.

“This is all about a growing body of information pointing to something taking place in Wuhan at the time,” Brownstein said. “Many studies are still needed to fully uncover what took place and for people to really learn about how these disease outbreaks unfold and emerge in populations.”