Denmark rushed to lock down before almost every other country. Now its response is so far ahead that it's starting to remove restrictions. 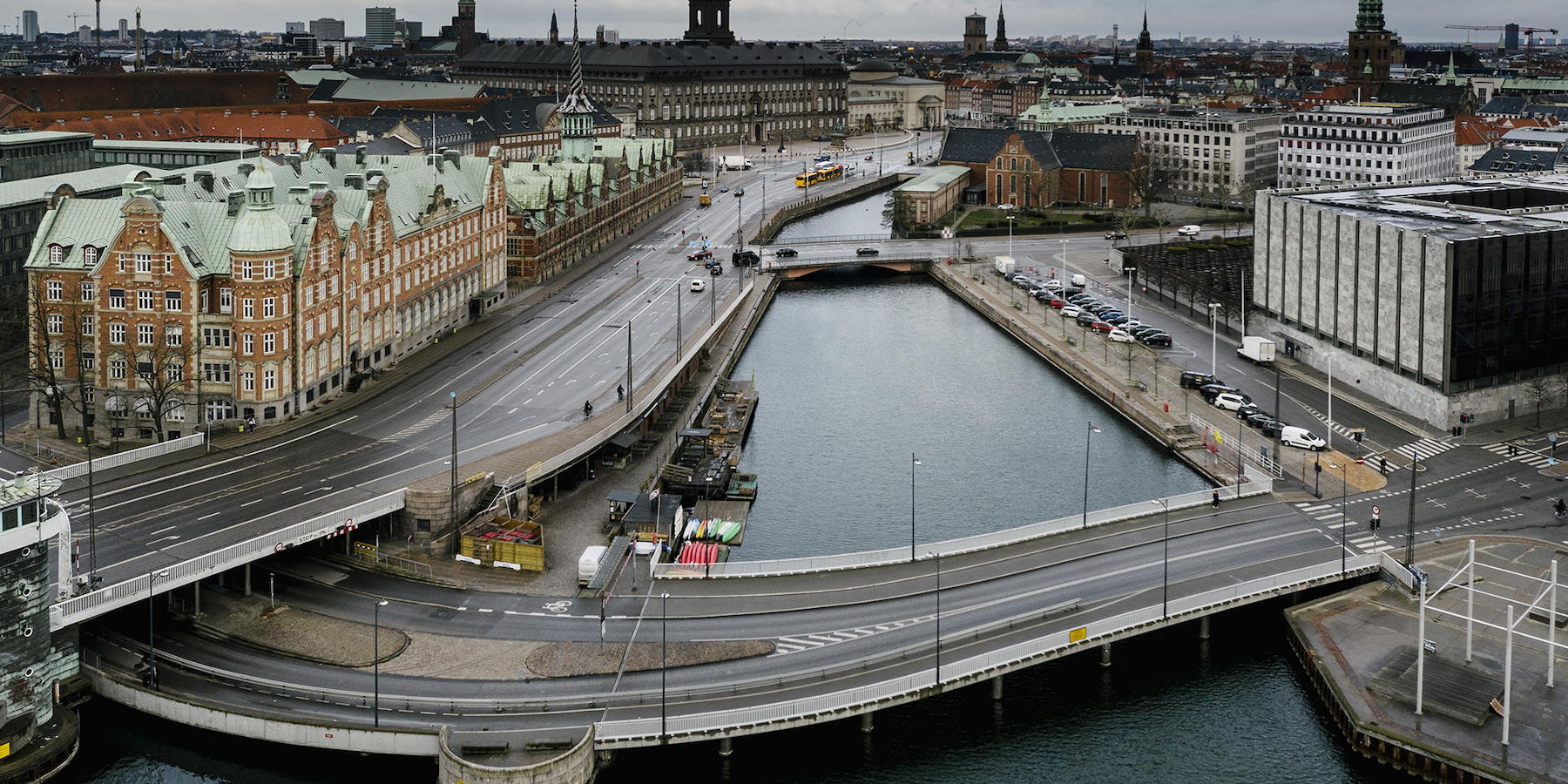 Rasmus Degnbol/Anadolu Agency via Getty ImagesCopenhagen, the capital of Denmark, at what would usually be rush hour on April 1.

Having so far avoided mass coronavirus infections, Denmark is planning to lift some of its lockdown restrictions, even as some of Europe’s worst-hit countries say their outbreaks haven’t peaked yet.

Europe – especially Italy and Spain – has been ravaged by the coronavirus. But Denmark, a nation of 5.6 million people, took remarkably swift action to lock itself down to stop the spread of COVID-19, the illness caused by the coronavirus. It appears to have helped it survive the worst of the crisis.

It was the second country in Europe to announce a lockdown, on March 11. It did so before it reported any deaths from the virus.

Denmark was behind only Italy, which was already one of the world’s worst-hit nations when it imposed nationwide restrictions.

But now Denmark, along with a few other European countries – Norway, Austria, and the Czech Republic – is considering how to gradually lift its restrictions.

Prime Minister Mette Frederiksen said on Monday that daycare centres and schools would reopen on April 15 but that the process of lifting lockdown measures “will probably be a bit like walking the tightrope.”

“If we stand still along the way we could fall and if we go too fast it can go wrong,” Frederiksen said. “Therefore, we must take one cautious step at a time.”

As of Friday morning, Denmark had reported 5,830 cases and 237 deaths from the coronavirus.

The country appears to be seeing a drop-off in its new daily cases, which remain low compared with those in many countries. It reported 233 new cases on Thursday, 331 new cases on Wednesday, and 390 new cases on Tuesday.

Denmark’s efforts to slowly reopen come as the World Health Organisation cautions against relaxing restrictions. It has pointed to some countries close to China that managed to keep the virus at bay for months only to see surges in cases as they relaxed their suppression measures.

Frederiksen warned that cases and deaths could rise again if people don’t follow the government’s advice.

“If we open Denmark too quickly again we risk that infections rise too sharply and then we have to close down again,” she said.

The Danish restrictions that will remain for another four weeks include border controls and bans on public gatherings of more than 10 people.

Denmark’s lockdown never got as strict as those in many other nations, where people were limited in leaving their homes. People in Denmark could still go outside, attend events with fewer than 10 people, and get takeaway food and drinks from restaurants and cafes.

The country initially used a “containment strategy” that the Danish police said was based on “fast diagnosis, contact tracing and quarantine of those evaluated to be at risk.” But as the virus spread, Denmark moved to a “mitigation strategy,” banning large gatherings and seeking to protect the most vulnerable people.

These are the measures in Denmark: