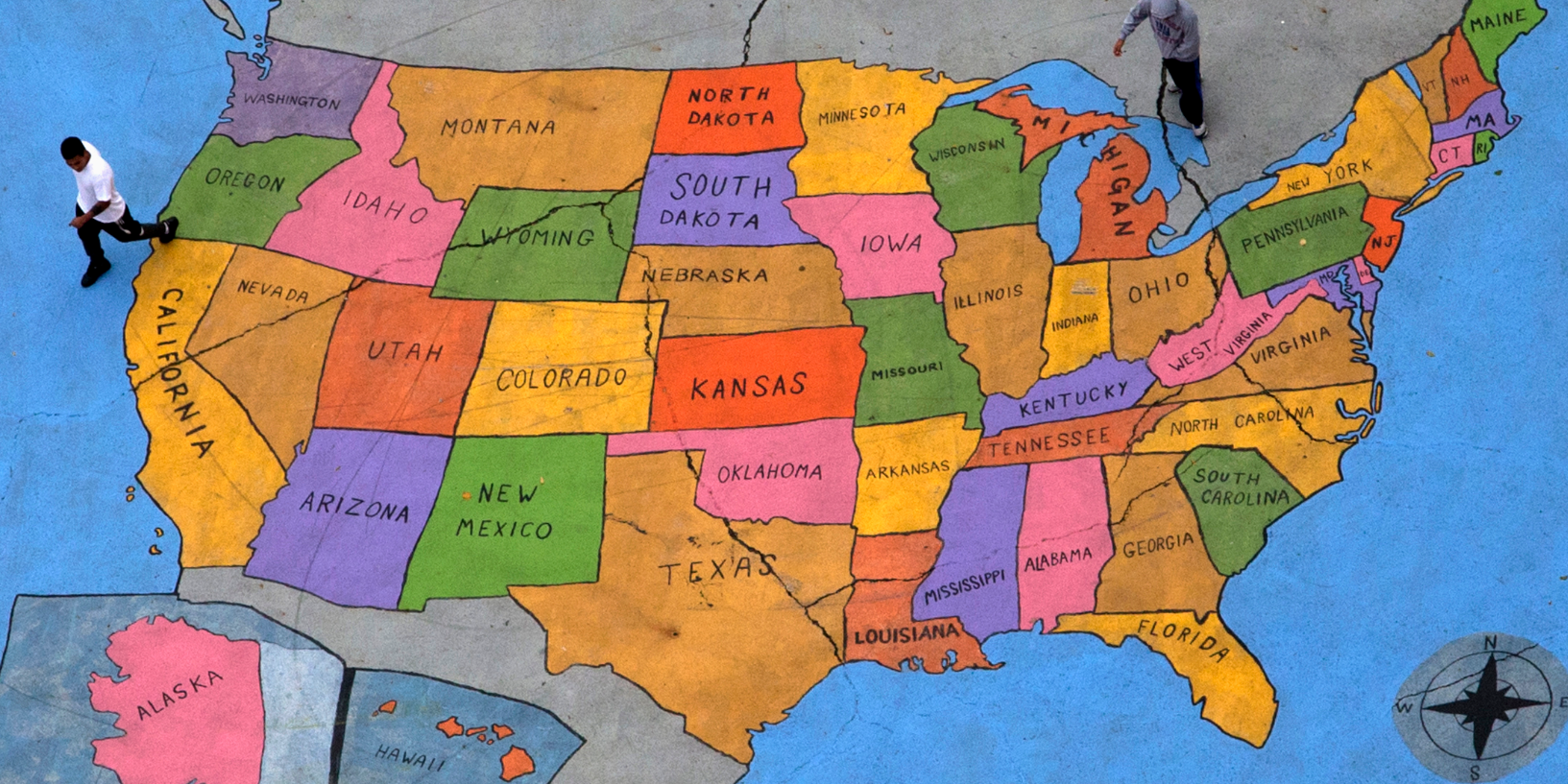 REUTERS/Adrees LatifA street art painting showing all 50 states of the US.

The US now has at least one case of the novel coronavirus in all 50 states, Puerto Rico, the US Virgin Islands, and Washington, DC, after a man tested positive in West Virginia on Tuesday.

Governor Jim Justice said the man was not hospitalized and is isolating at home, according to local news network WSAZ 3. West Virginia has so far tested 137 residents for COVID-19.

The state is the last to report a case of the virus that has to date killed 114 people and infected 6,496 in the US and some of its overseas territories.

The states of Washington and New York have been worst affected, with 708 and 669 cases reported respectively, according to the Centres for Diseases Control and Prevention(CDC).

The first case in the US – a 35-year-old man in Snohomish County, Washington – was identified on January 19.

Since breaking out in China last December, the virus has spread to more than 150 countries, with Europe being the latest epicentre of the crisis.